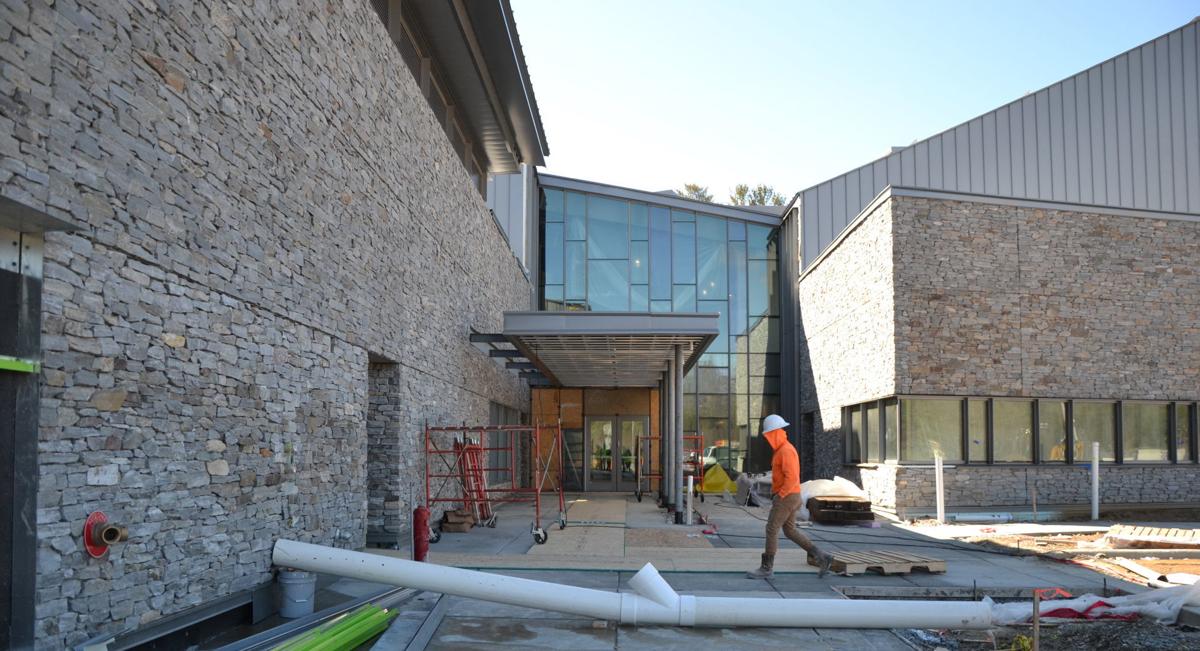 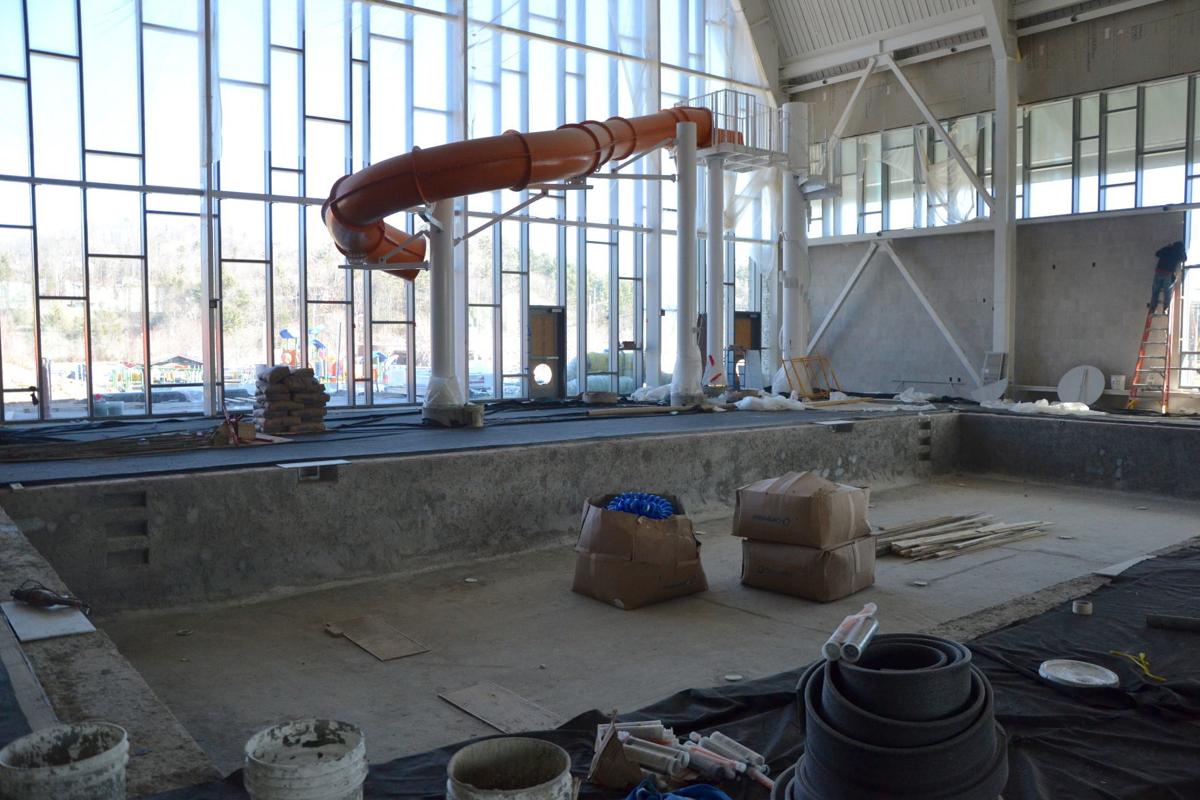 Work is still being conducted on the Watauga County Recreation Center leisure pool. 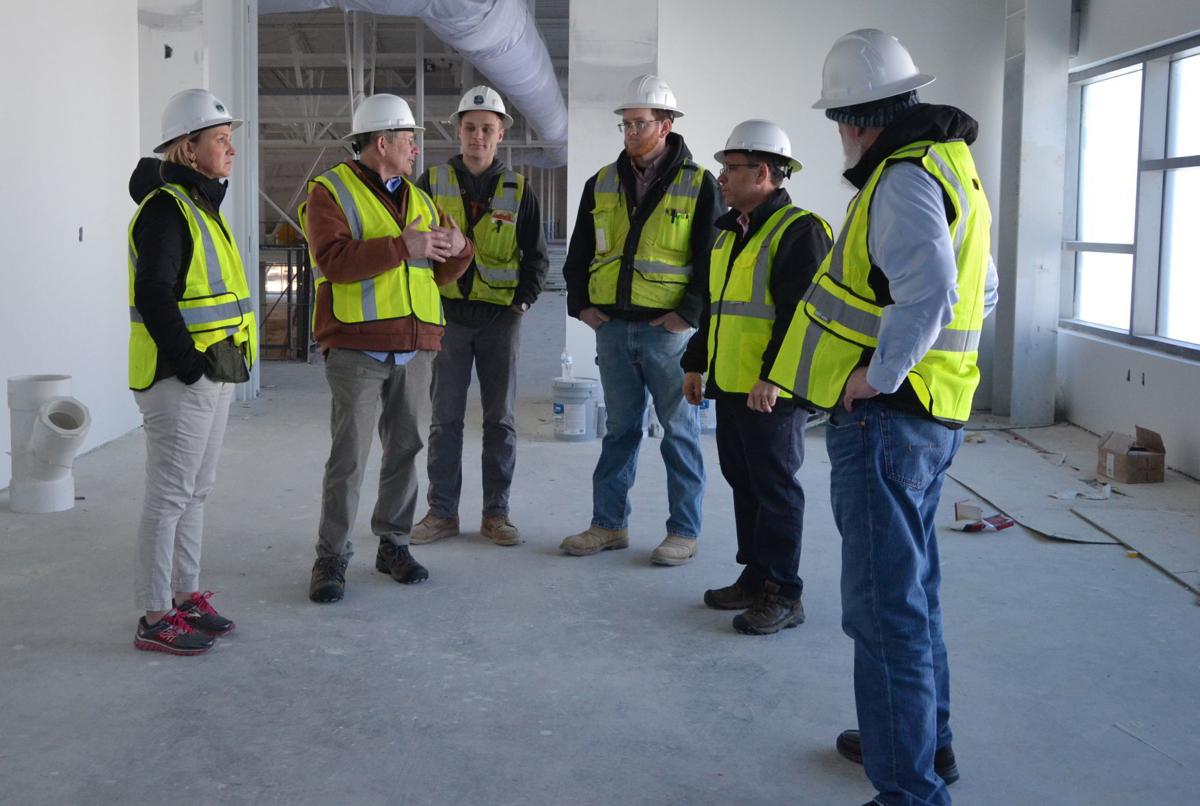 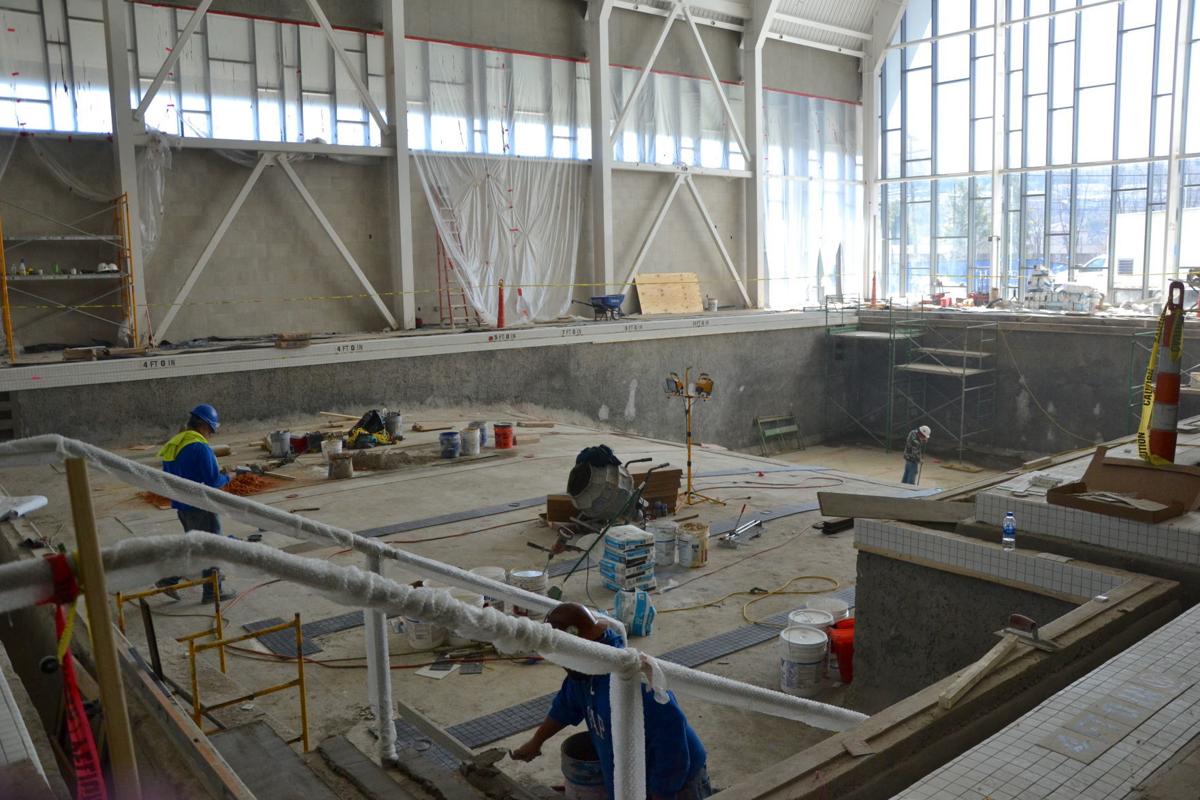 Crews conduct work on the competition pool inside the recreation center. 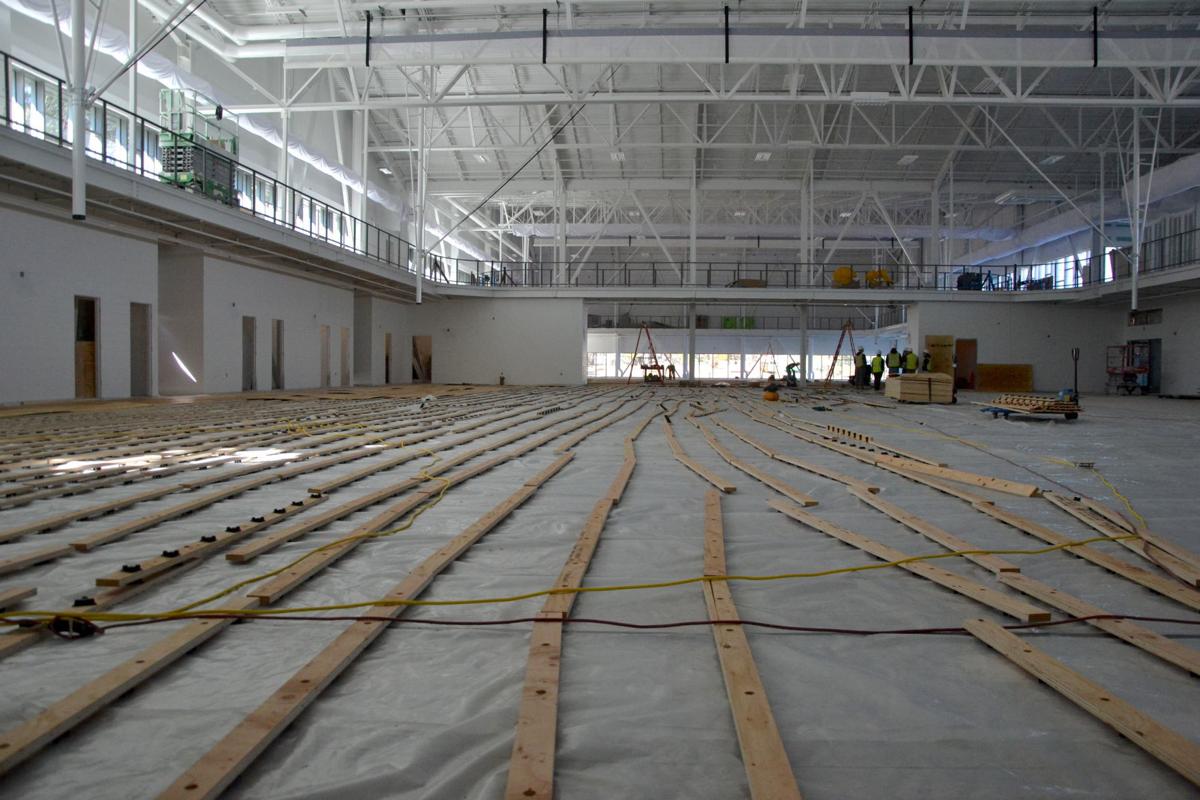 Project crews lay down sub flooring in the gym area of the Watauga County Recreation Center. 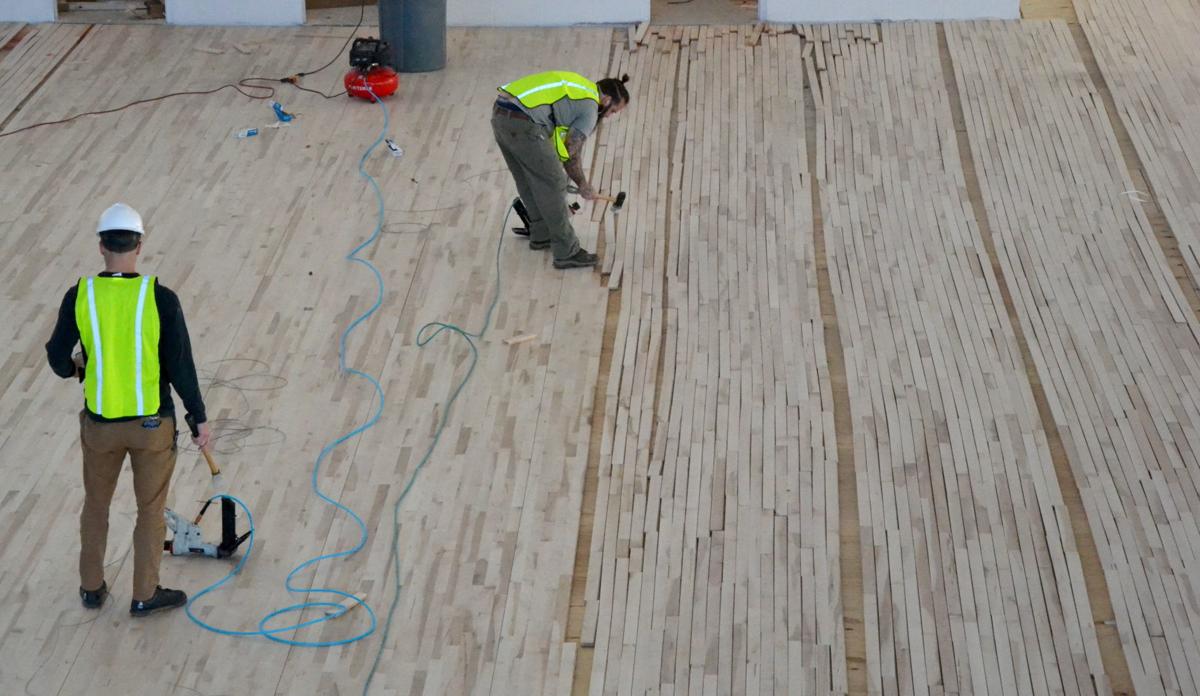 Work is still being conducted on the Watauga County Recreation Center leisure pool.

Crews conduct work on the competition pool inside the recreation center.

Project crews lay down sub flooring in the gym area of the Watauga County Recreation Center.

BOONE — After about one year and five months of construction work to date on the Watauga County Community Recreation Center, county staff are planning to host employee trainings and install furniture in April.

County Manager Deron Geouque met with project organizers on Feb. 26 to discuss the rec center. He said he meets weekly with Watauga County Parks and Recreation staff to discuss updates as well as takes a tour of the facility to receive a construction status report.

Crews were close to completing the installation of the gym flooring in half of the four-court space with work on the other side the following week, Geouque said. He added that tile has been laid in the competition pool while plaster work is continuing in the leisure pool. In the coming weeks, tiles will be placed in the leisure pool, scoreboards will be installed in the gym area and interior glass walls and doors will be arranged.

Geouque said the facility will have nine to 10 full-time employees consisting of Watauga Parks and Recreation and custodial staff. Officials hoped to have a training in mid-April for those employees.

An estimated 50 to 70 employees — such as pool or spin bike instructors — will help to operate the facility, Geouque said. He added that Watauga Parks and Recreation had a good response to its job fairs the department hosted in January and February for the rec center. Lifeguard training for those working at the rec center has already been taking place at a pool on Appalachian State University’s campus, Geouque said.

Furniture and phone installation was expected to take place in late April, according to Geouque. He said the plan is to open the facility in mid- to late May.

Geouque said work should hopefully start on the four outdoor tennis courts, basketball court, pickleball courts and pavilion in the spring. Work has not commenced on those areas as the construction crew has had to use the area for their equipment. Once the equipment is able to be relocated, Geouque said crews will be able to start construction on the outside amenities.

The facility will not include an outside splash pad as originally planned, as it was “value engineered out,” Geouque said. The steel needed for the project required more funding, and officials decided to remove the splash pad from the plans in order to keep within the $38 million budget.

Geouque said community members have expressed more excitement about the rec center as they watch the construction progress.

the key phrase in the above comment is that there wasn't, and still isn't any community support for this boonedoggle. it was forced on us. and just because there aren't crowds in the street protesting doesn't mean everyone is now supportive of this continued display of how the public interest and sentiment is ignored.

[beam] So exciting. This makes my heart sing. I worked on trying to get a community rec center with Dr. Bill Horne and Connie Green many years ago. We tried so hard and had so many meetings but there just wasn't the support nor the funding available. It was a dream I thought would never come to fruition. Good job to all of you who are responsible for getting this amazing feat come to fruition!