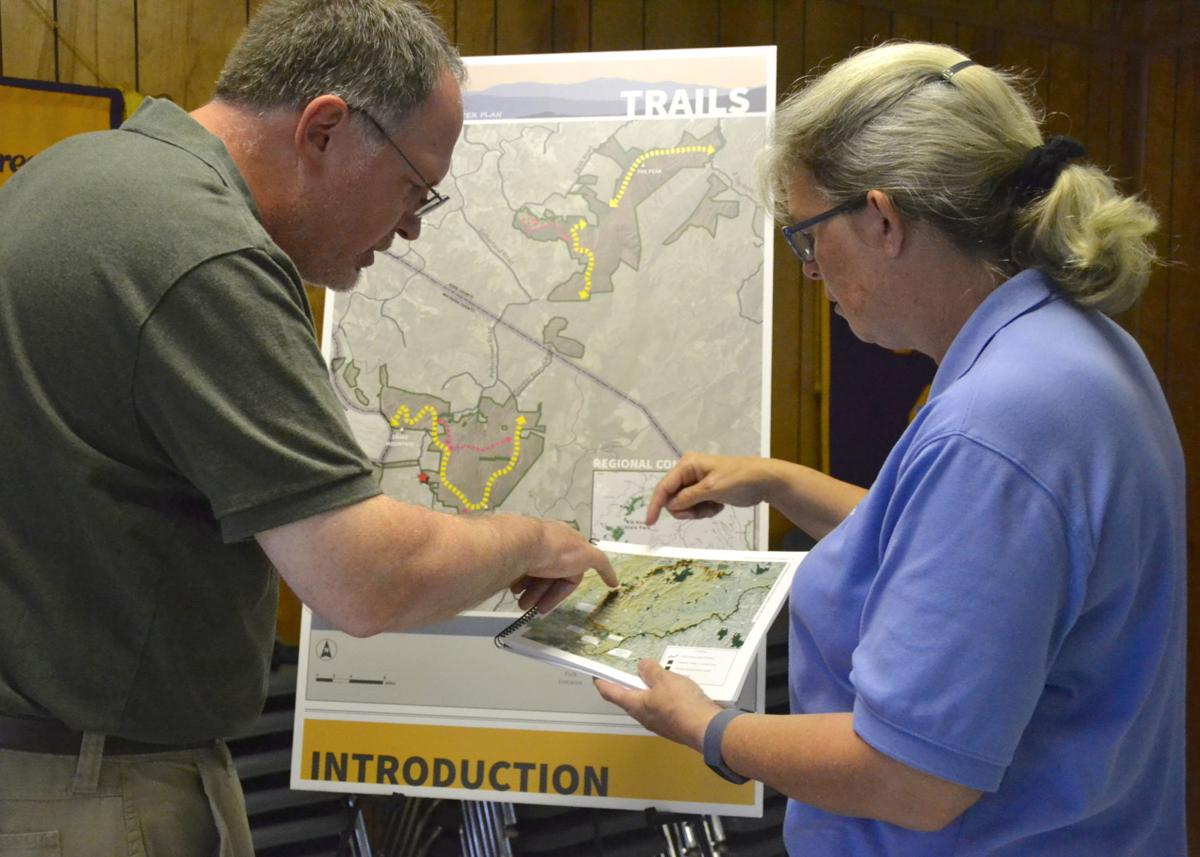 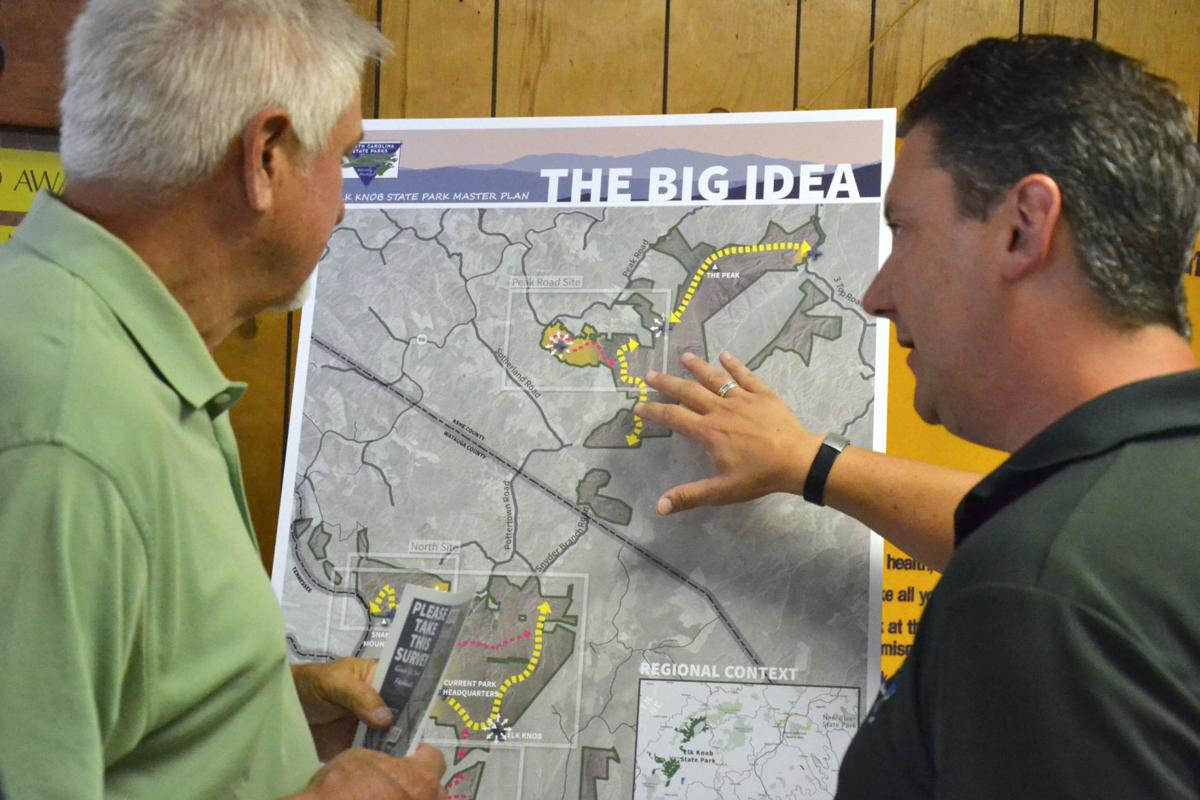 Representatives from the N.C. Division of Parks and Recreation met with local community members on Aug. 22 to solicit input on the master plan for the Elk Knob State Park.

The master plan will be a 20-year plan — developed with the help of E2 Landscape Architecture in Asheville — that covers the entire state park, which contains over 4,200 acres spanning Watauga and Ashe counties. A drop-in-style meeting was held at the Boone Optimist Club with plans posted around the room for community members to view. Staff were also on hand to answer questions and hear comments.

Dave Head, the planning program manager for the Division of Parks and Recreation, said Elk Knob has been a growing park and has gotten to the point where officials need to plan for the future in a “holistic” fashion.

According to the Division of Parks and Recreation, the goals for the planning process include expanding the park to further conserve important surrounding landscapes; connecting the park to surrounding communities; celebrating and preserving the natural, cultural and viewshed resources; improve the park user’s experience through facilities; and increase recreation access and connectivity while also enhancing the unique existing opportunities.

Meeting attendees were able to look at materials that showed four development sites where park officials have flatter land to use. These sites have been deemed the south, north, park entrance and and peak road sites. Head explained that organizers have identified the following uses for those sites — day use (like picnic tables and shelters), a visitor center and camping or other amenities. It has not been determined what the programming in these areas would look like, though.

Attendees were asked to fill out a paper survey with approximately five questions to gather input on the plan. An online survey on the plan is also available, and can be found by visiting www.ncparks.gov/elk-knob-state-park/future-development.

The survey closes in roughly two weeks, Head said, but people can still reach out to him throughout the process. To contact Head, email dave.head@ncparks.gov.

”We’ll take that and look at what we’ve heard from the community, financially what we can do, operations and ongoing maintenance of all of that stuff and come out with a plan,” Head said.

Head said most of the questions he had received in the first hour of the meeting were about where the development sites would be in relation to community members’ land. However, he said most of the feedback he was receiving — even from those with property questions — were positive.

State Trails Planner Smith Raynor was at the meeting to answer questions about trails at the park. She said most of the questions she had received were about the layout of the park’s trails and how they would go about obtaining land for trails. Raynor explained that officials would develop trails on public land first and then connect to willing land owners.

Raynor added that sometimes during these public meetings across the state, people can be hostile because of disapproval of plans or concerns about their land. However, Raynor said “everybody is thrilled” about the Elk Knob State Park plans.

Likely sometime after the winter season, Head said another public meeting will take place where a draft master plan would be presented and input would once again be solicited. A big idea map of the park and development sites can be found by looking at the online survey.