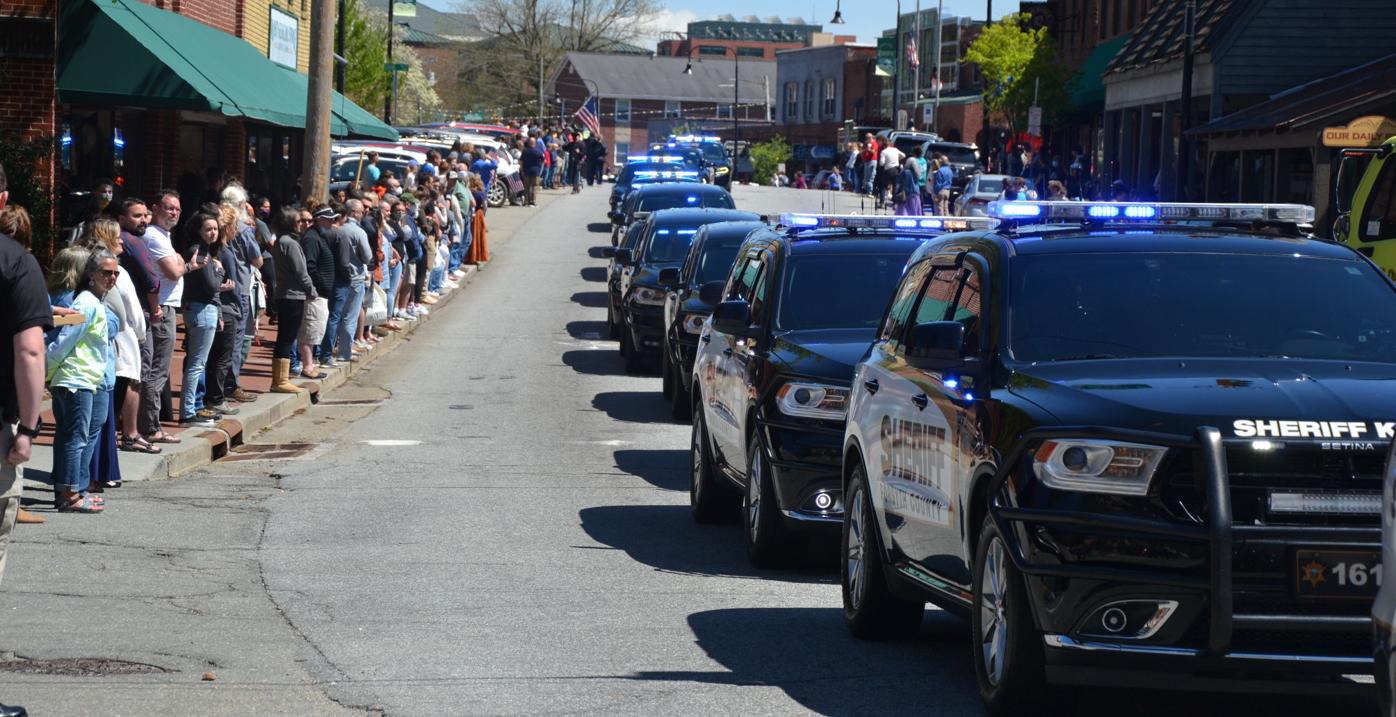 Community members lined up along King Street during the April 30 procession for deputies Logan Fox and Chris Ward. 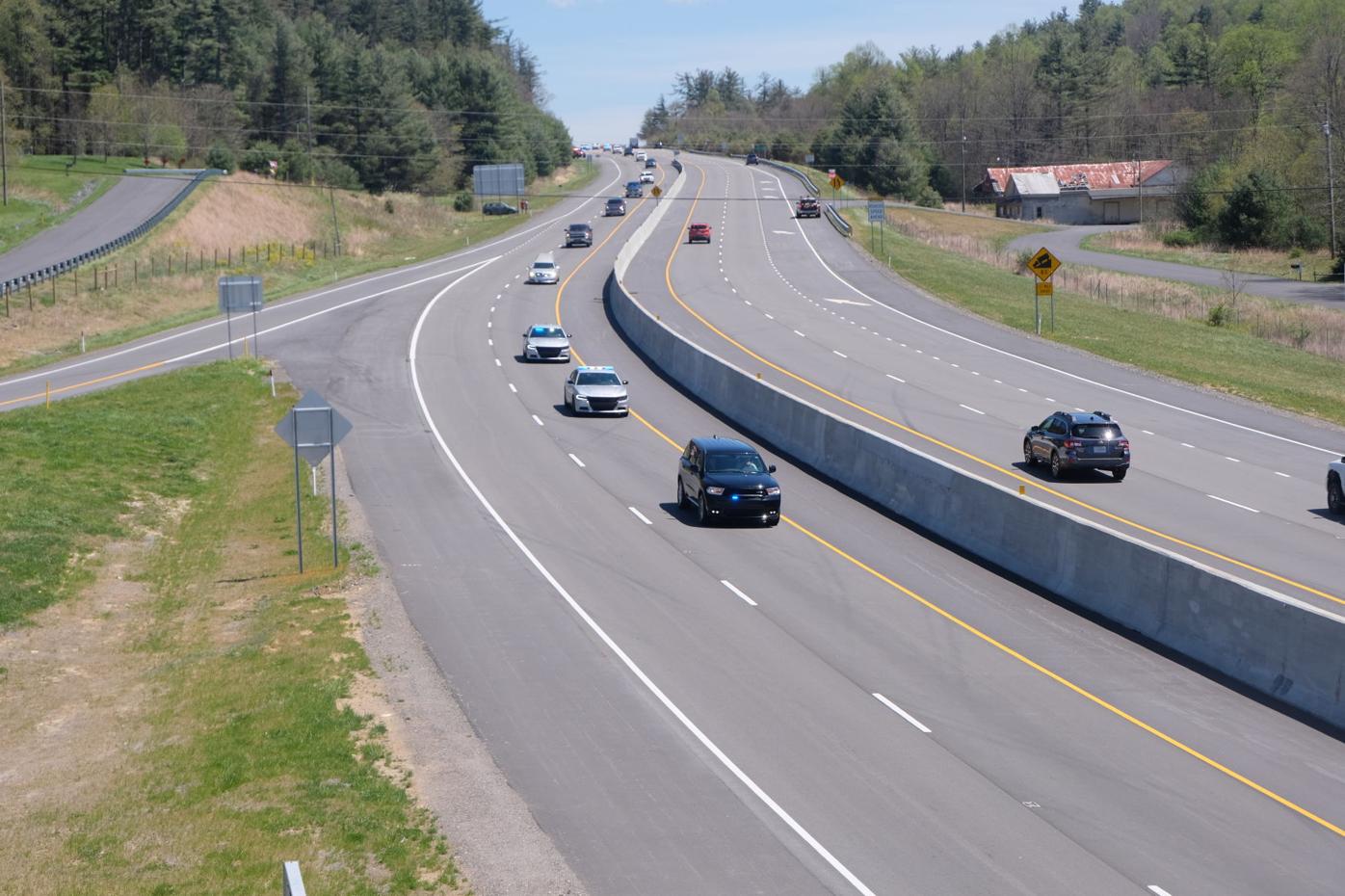 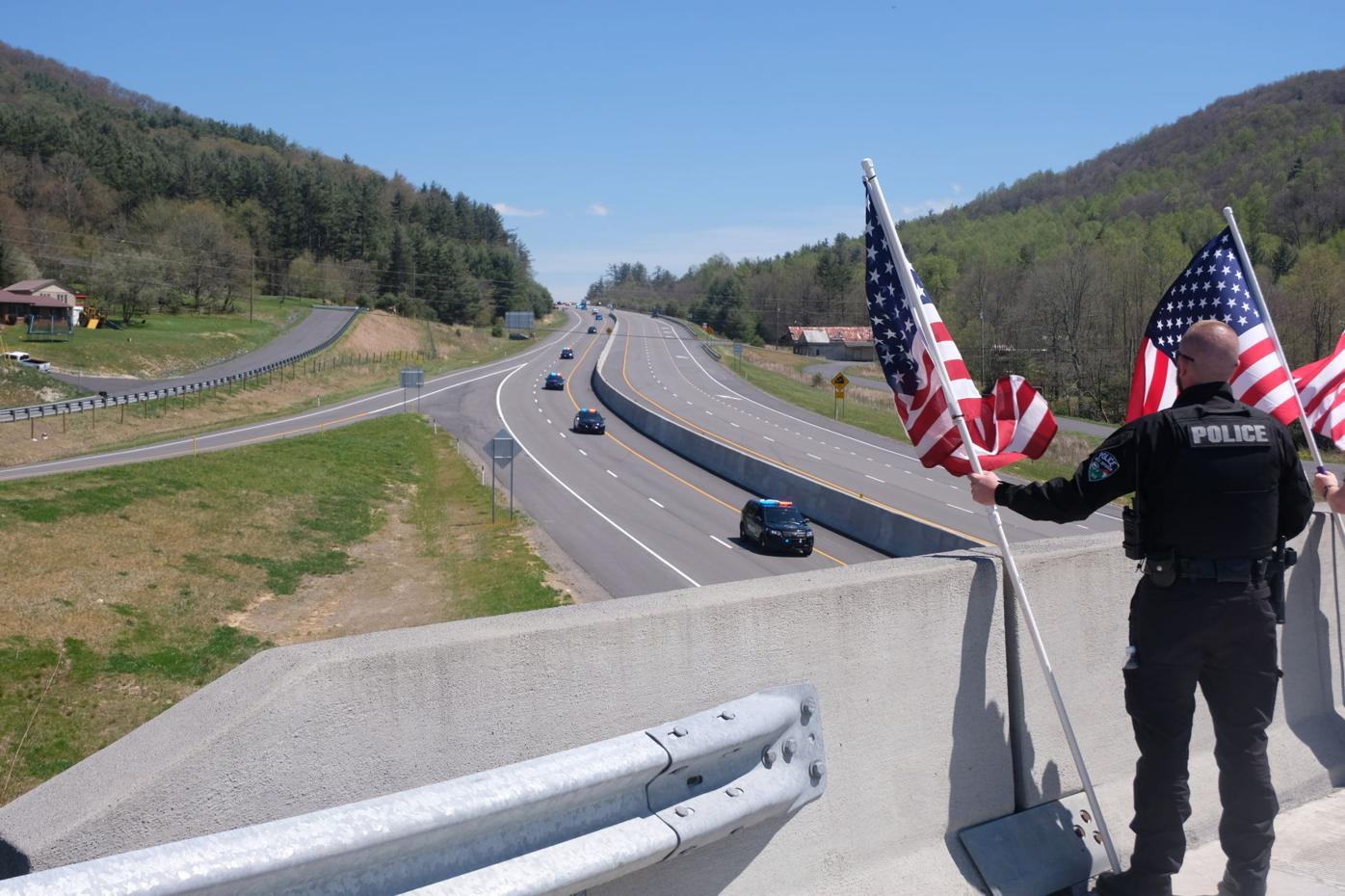 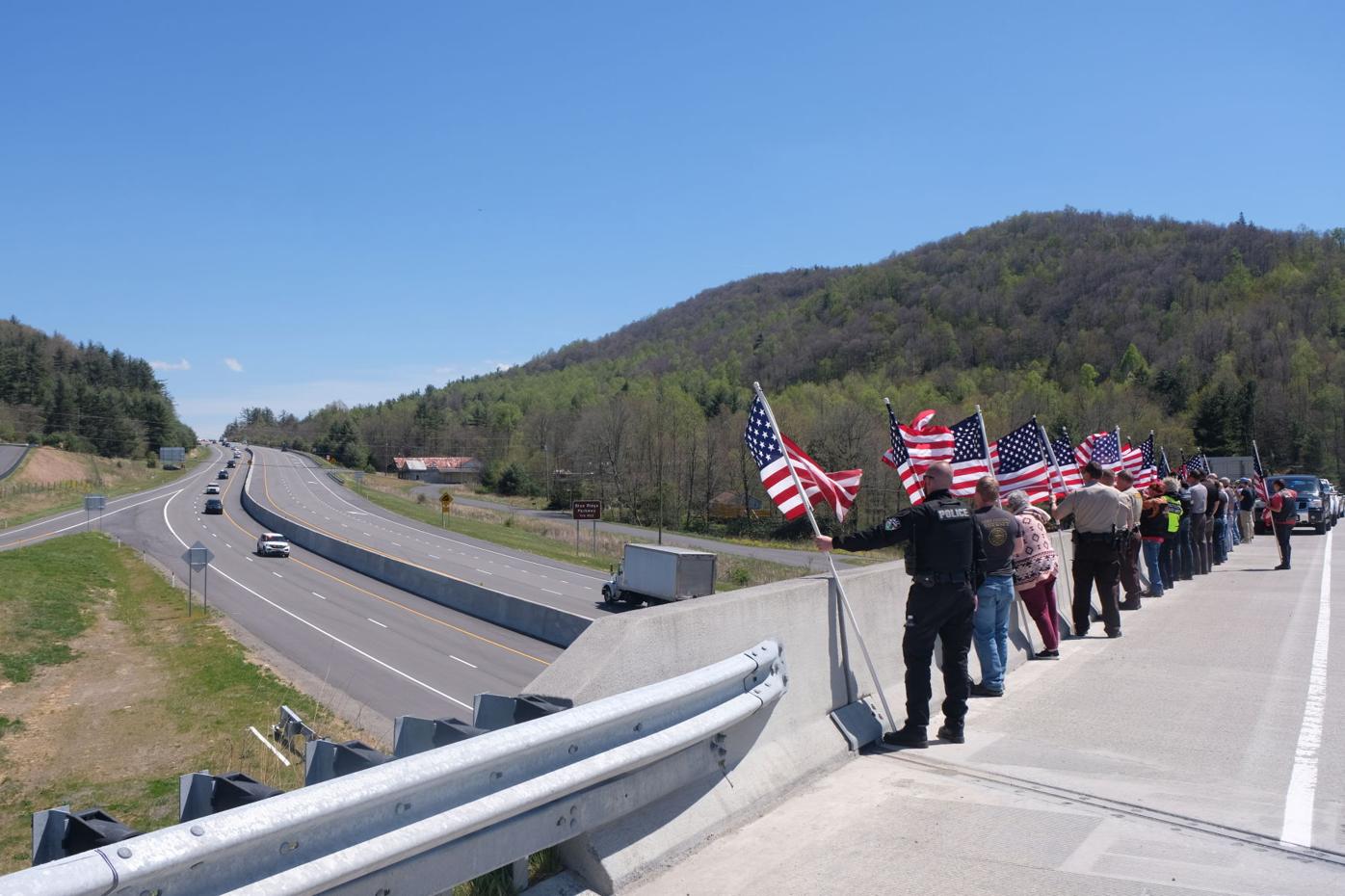 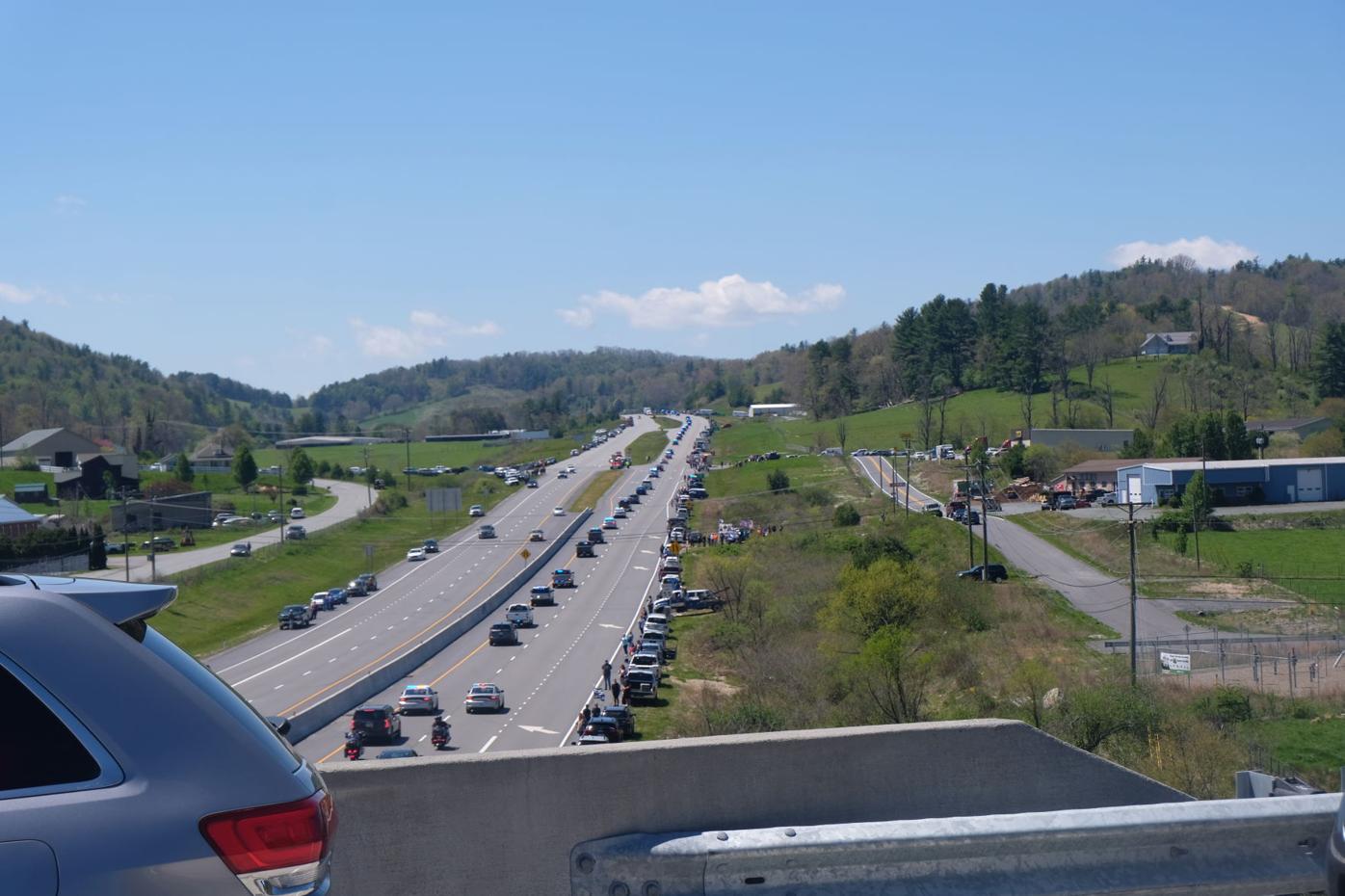 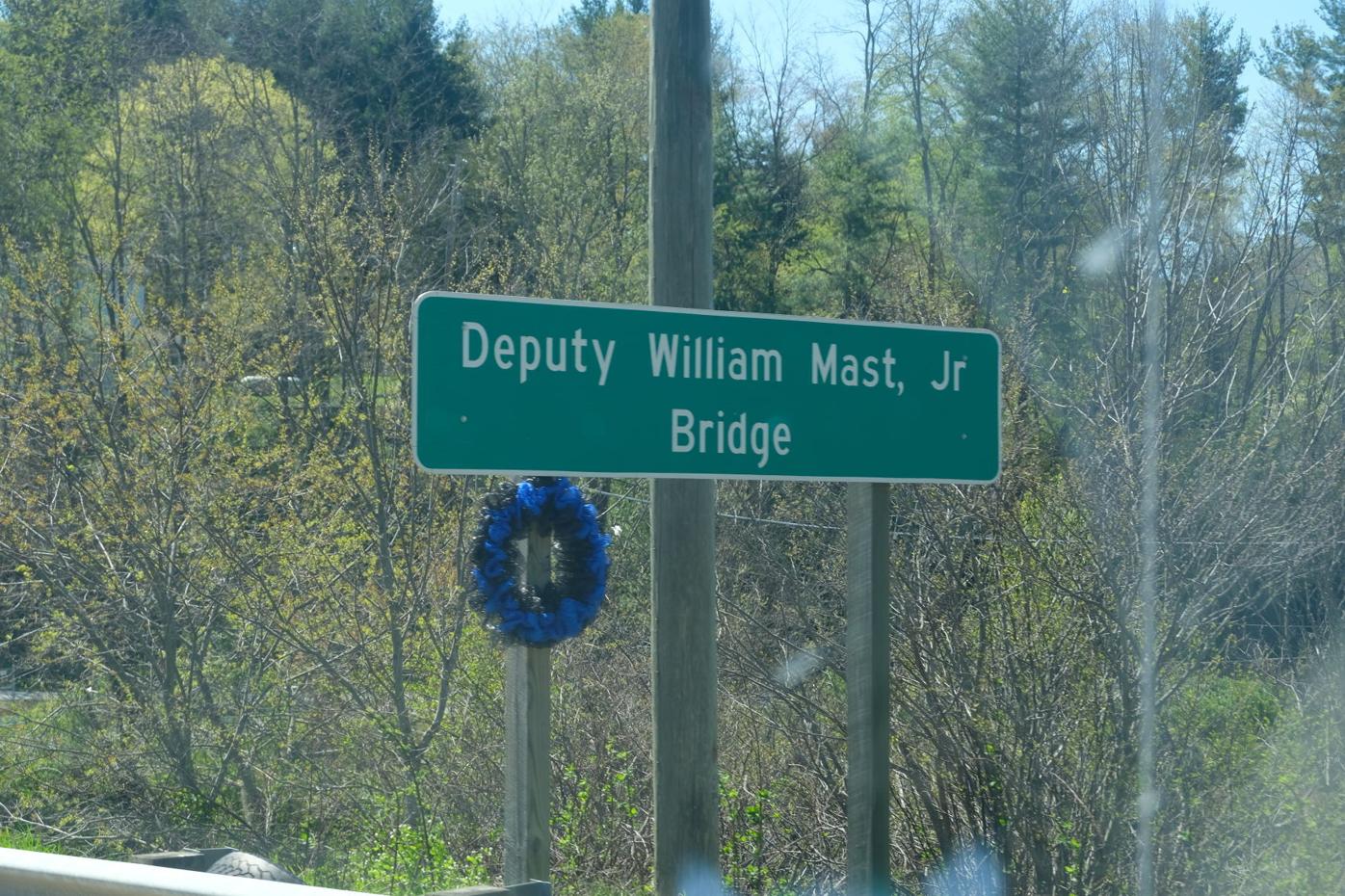 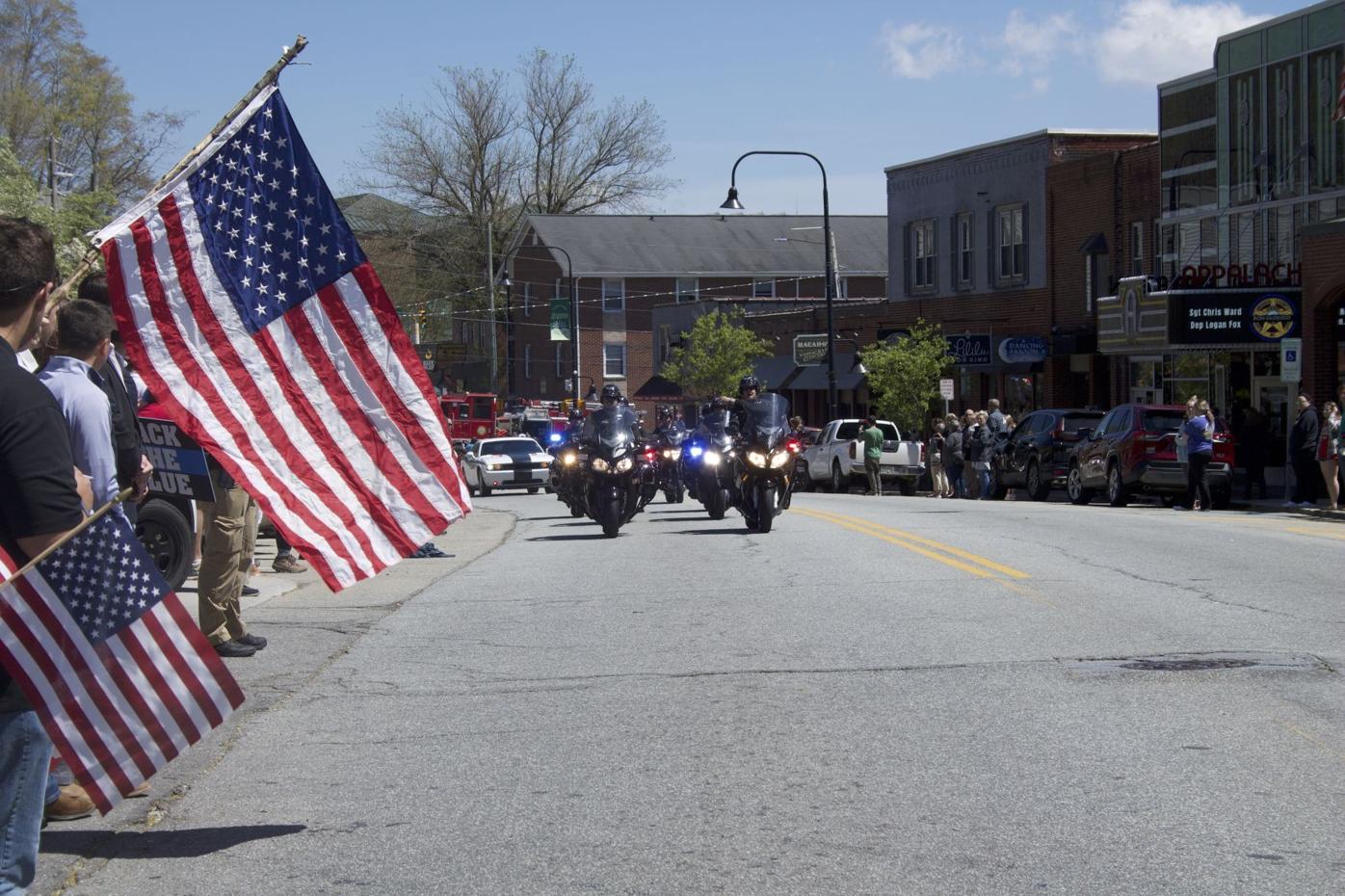 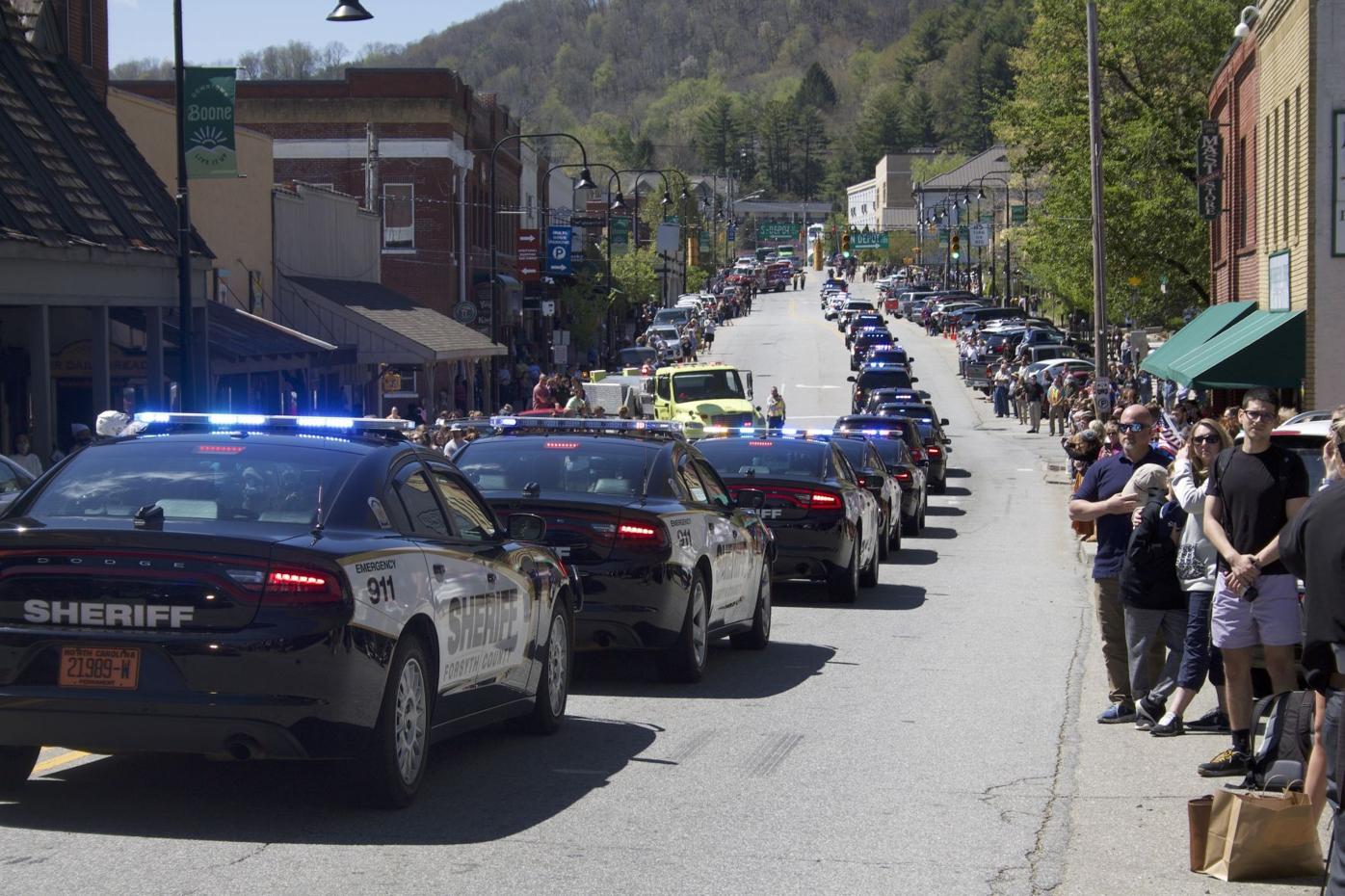 Crowds line the streets in downtown Boone on April 30, to pay their respects to fallen officers Sgt. Chris Ward and Dep. Logan Fox of the Watauga County Sheriff’s Department. 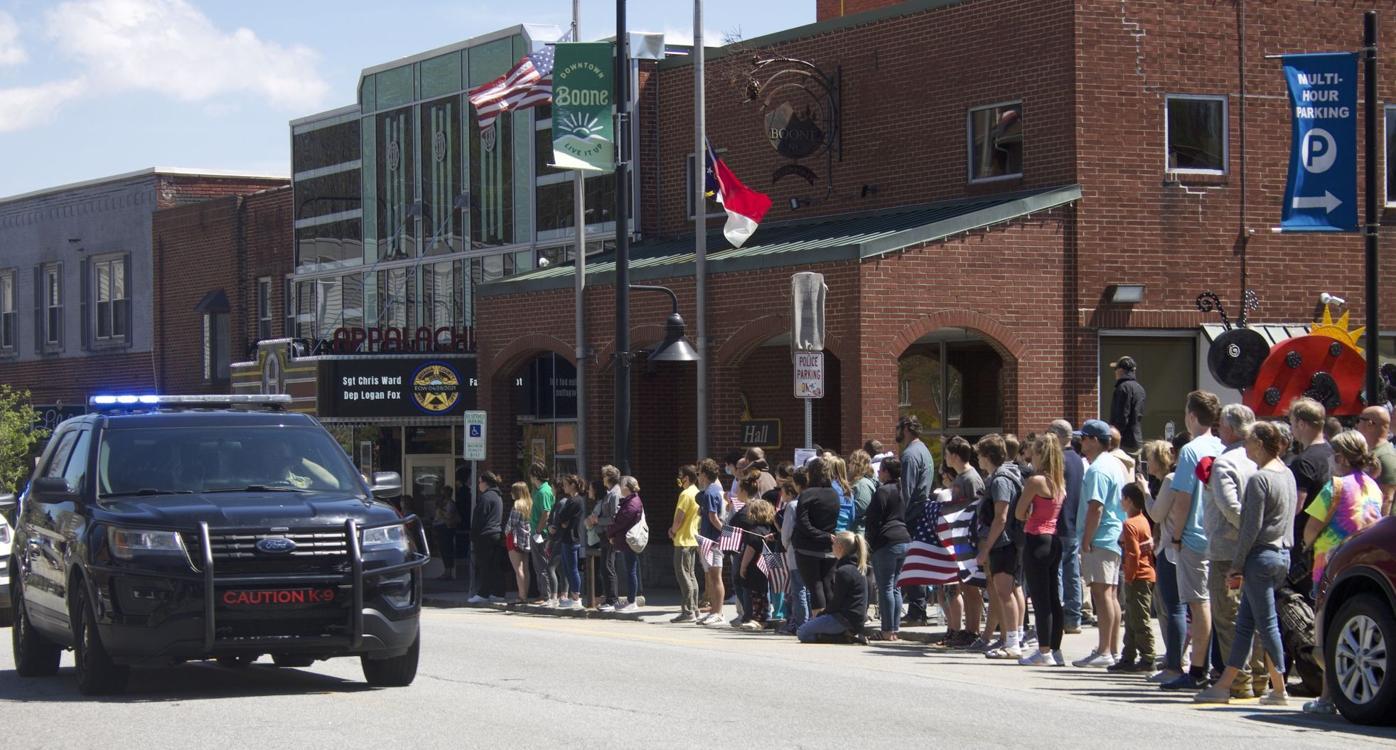 Thousands showed up in downtown Boone on April 30, to pay their respects to fallen officers Sgt. Chris Ward and Dep. Logan Fox. 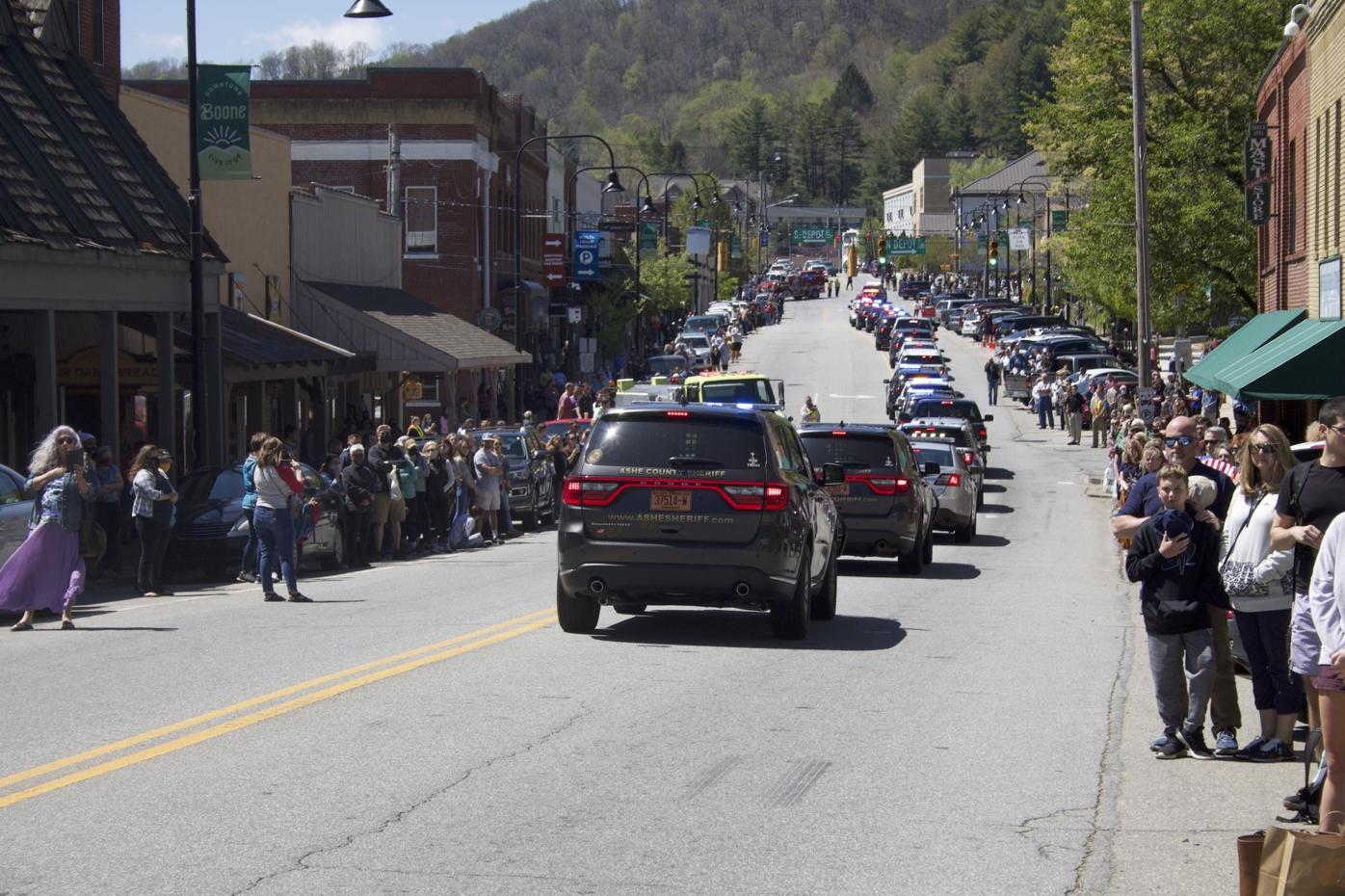 A police motorcade honoring officers Chris Ward and Logan Fox makes its way through downtown Boone on the afternoon of April 30. 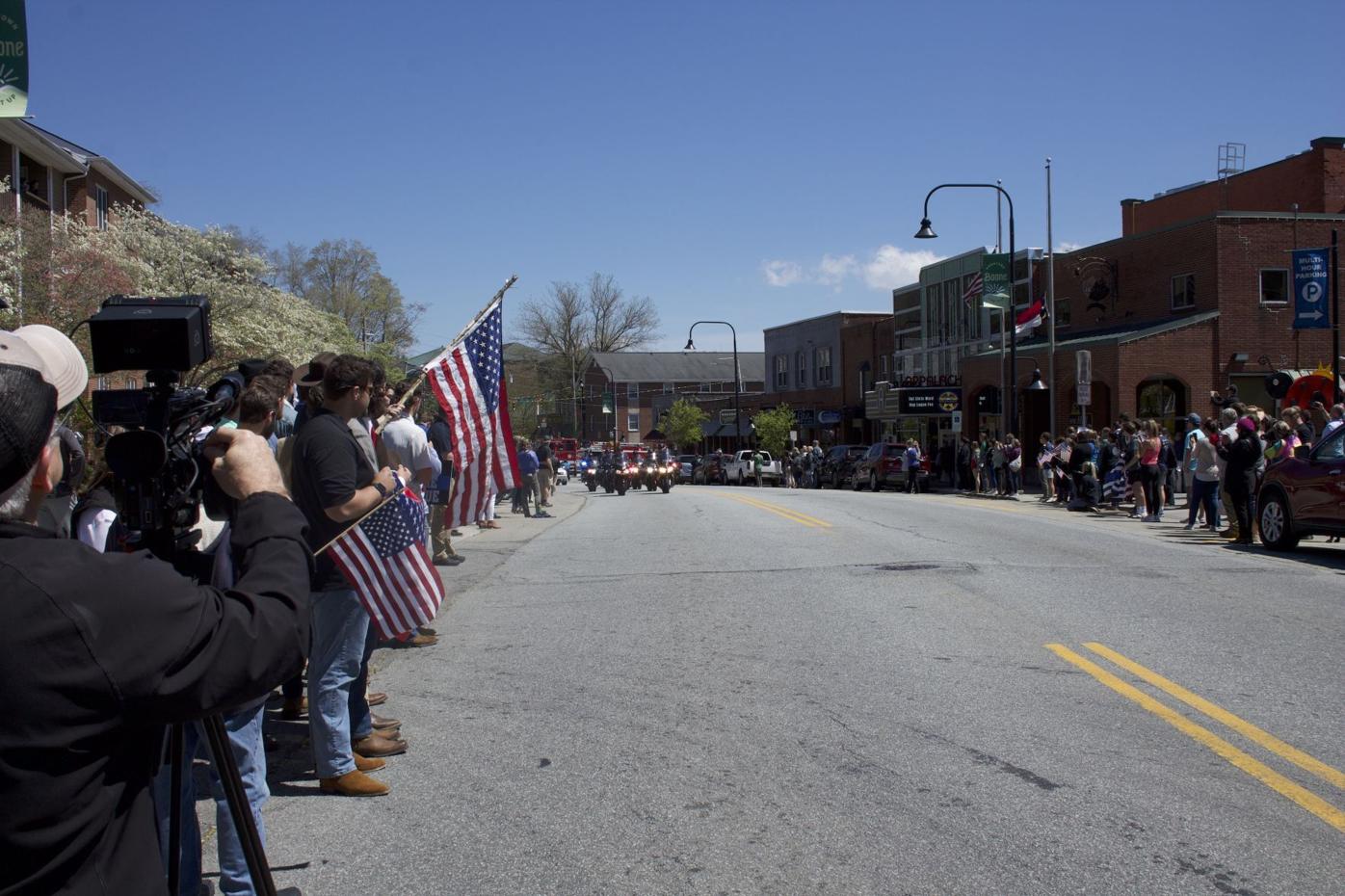 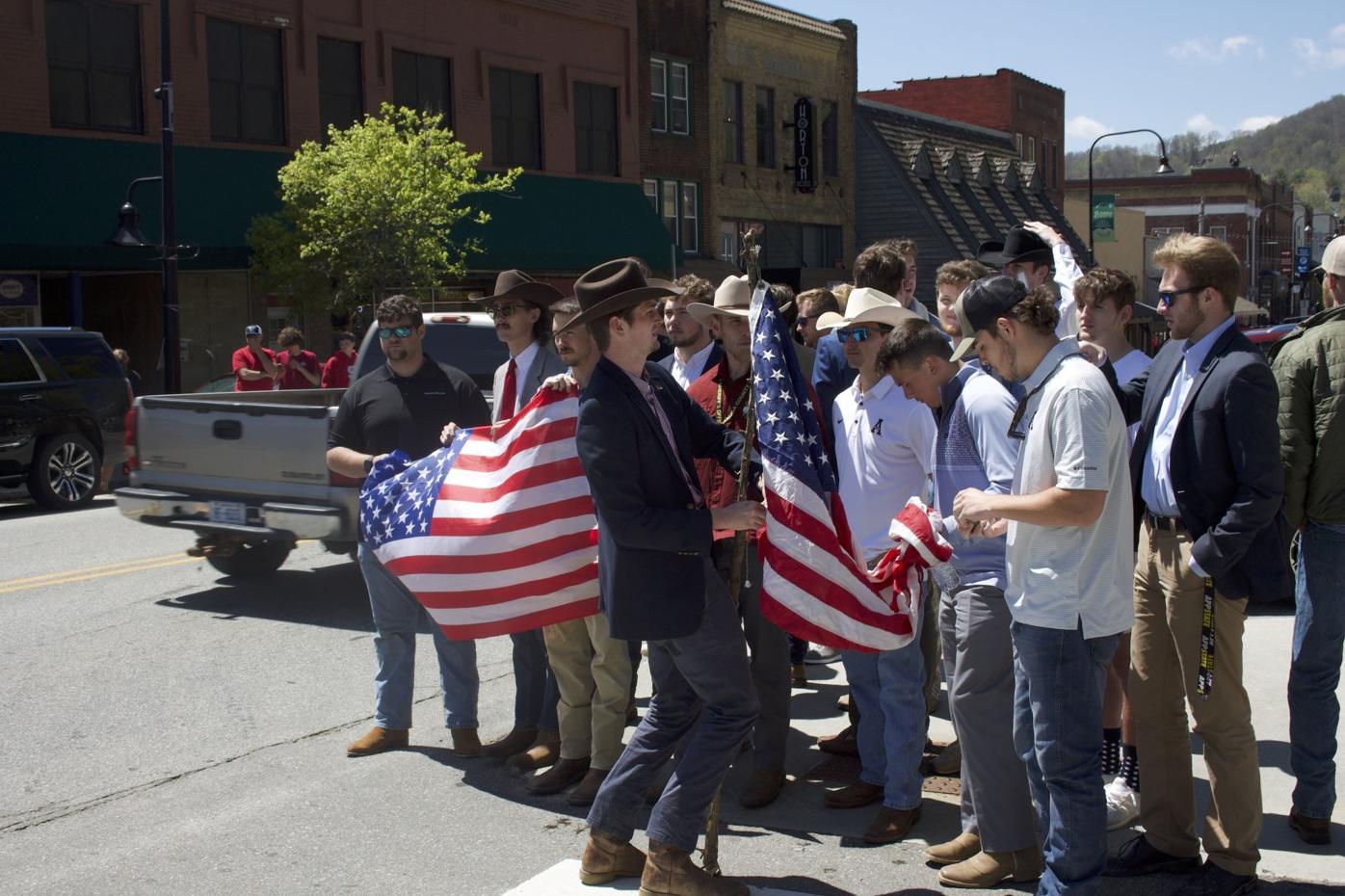 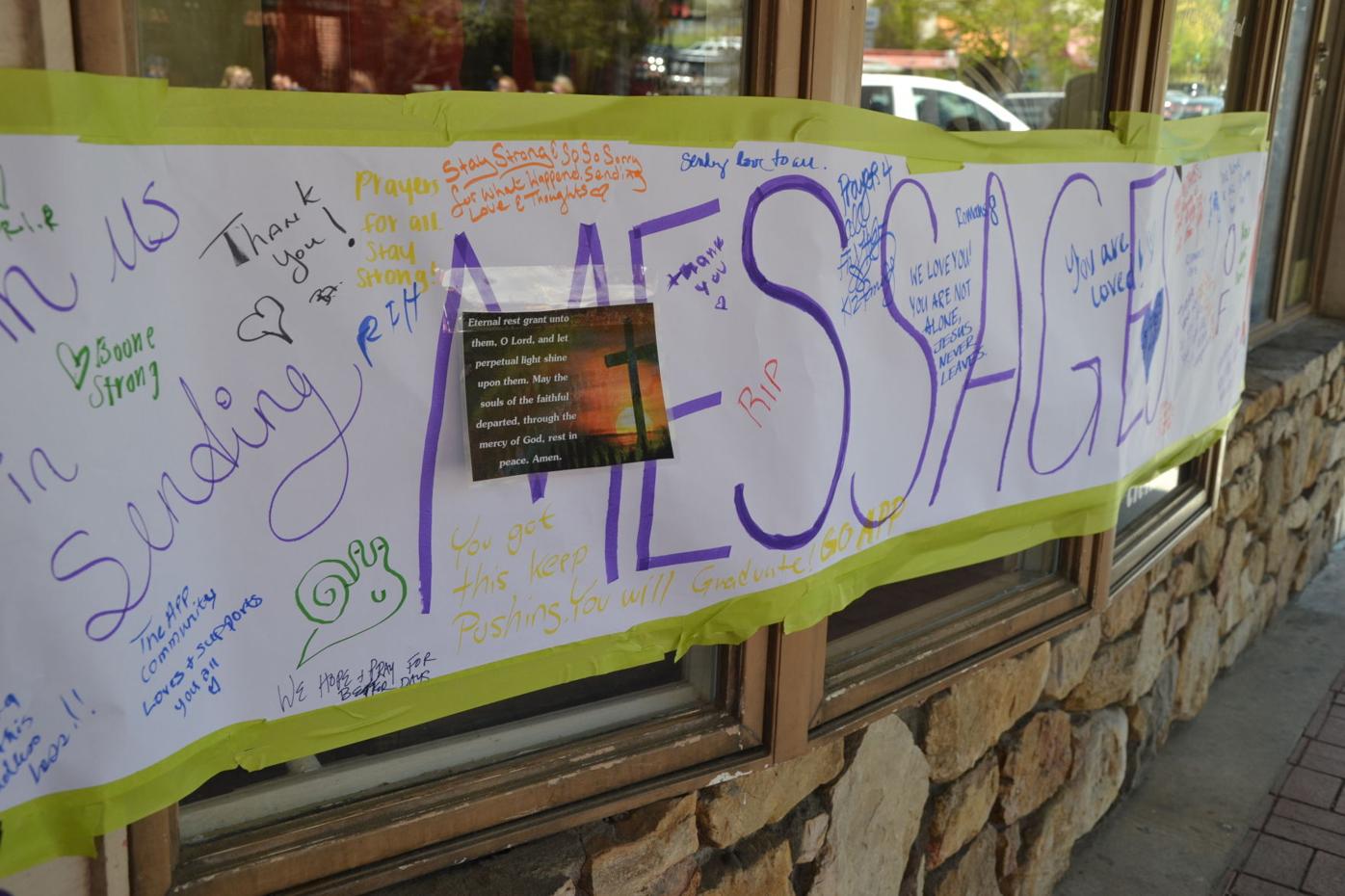 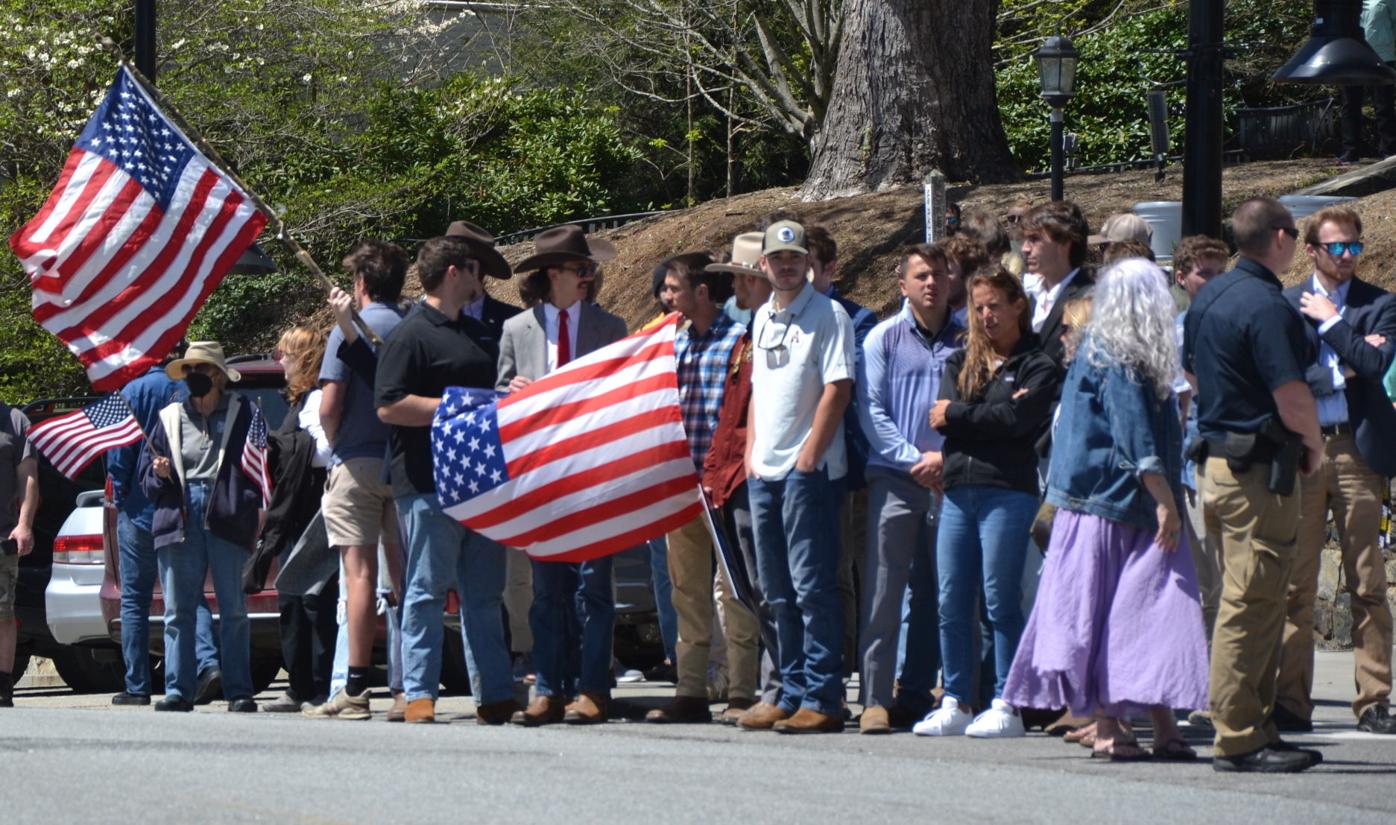 Community members with American flags come to observe the procession on April 30 for Chris Ward and Logan Fox. 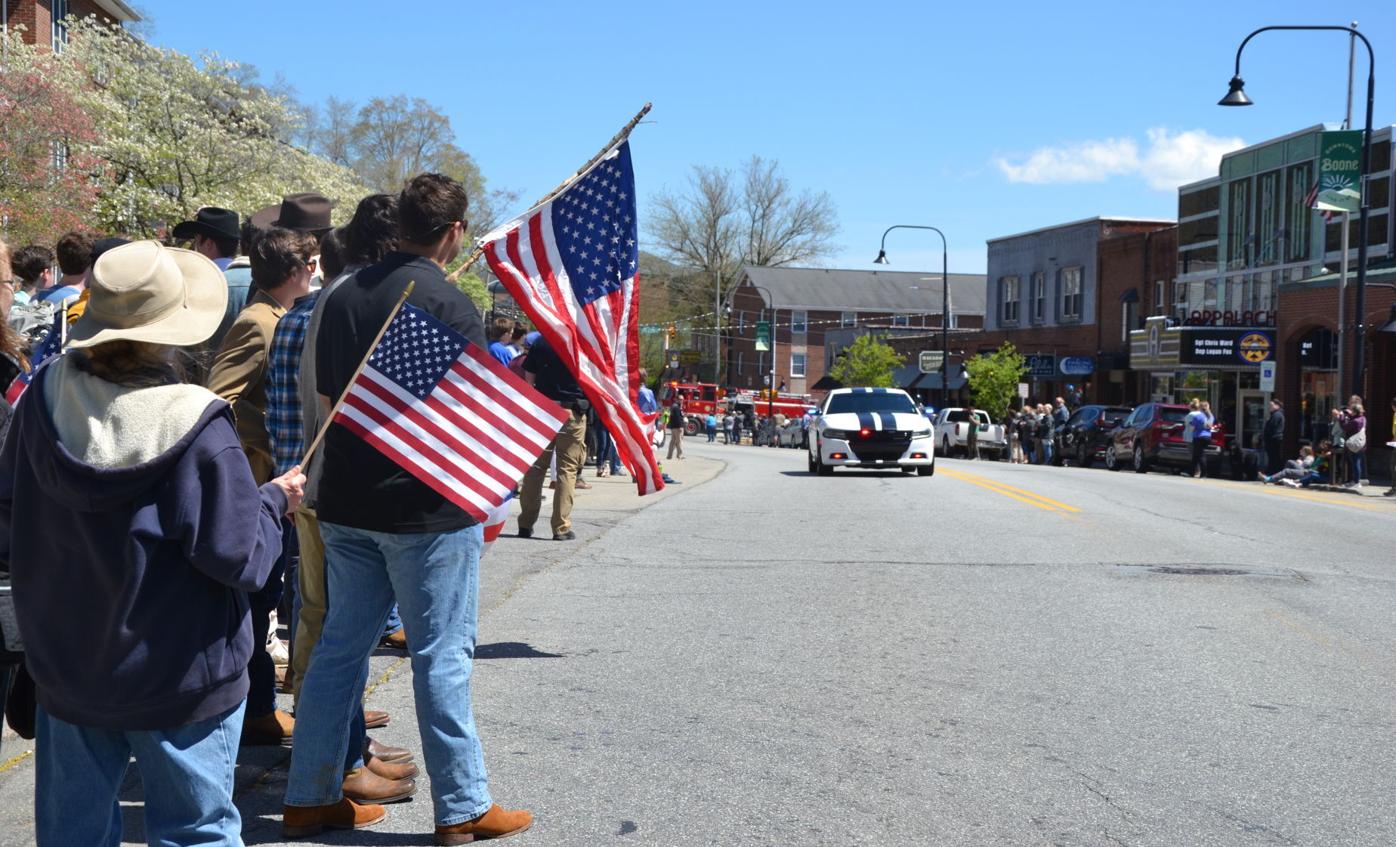 Respect is shown for the fallen officers.

Part of the motorcade. 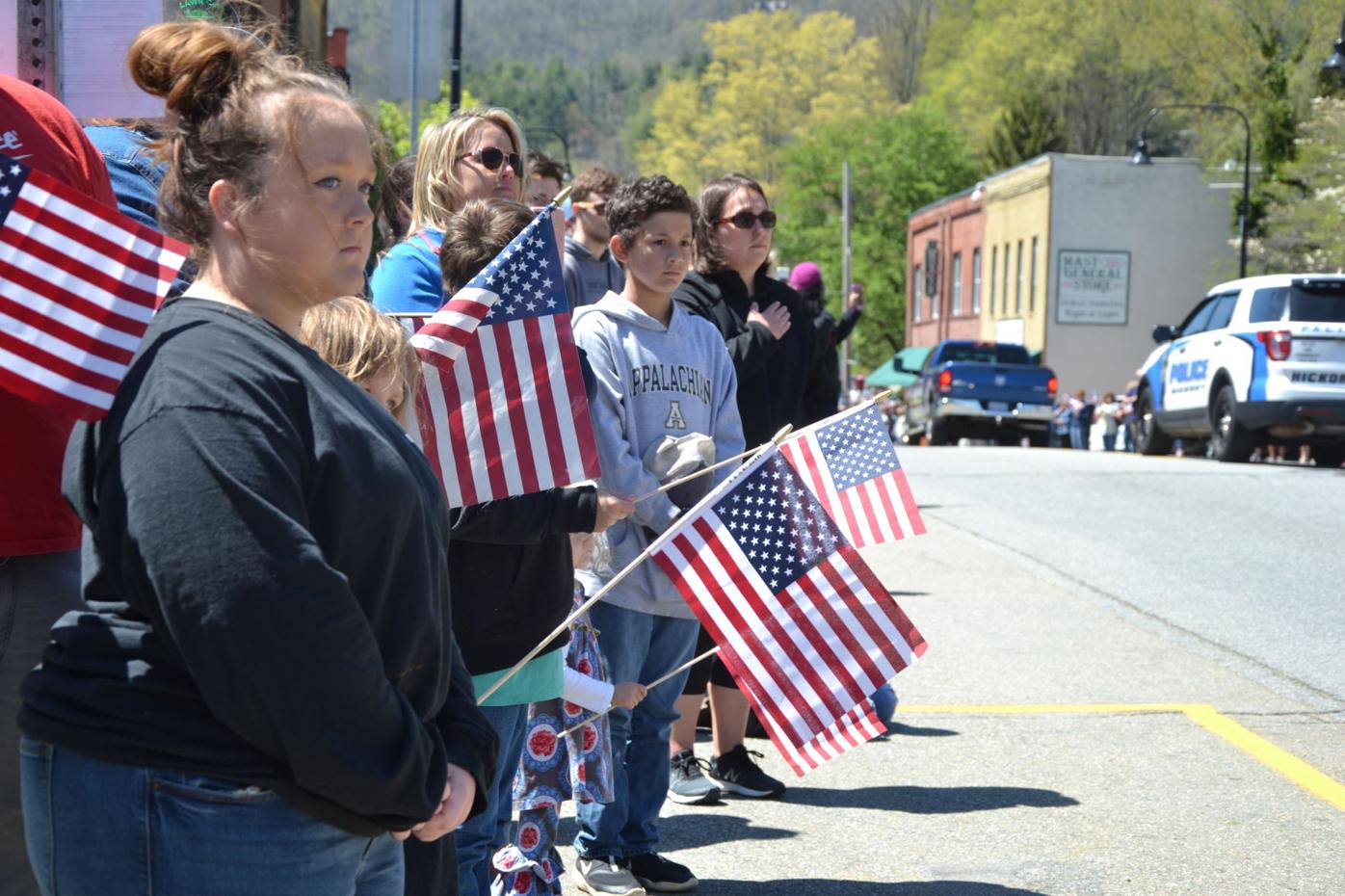 Brooke Worley (left) and others gather downtown for the procession on April 30. 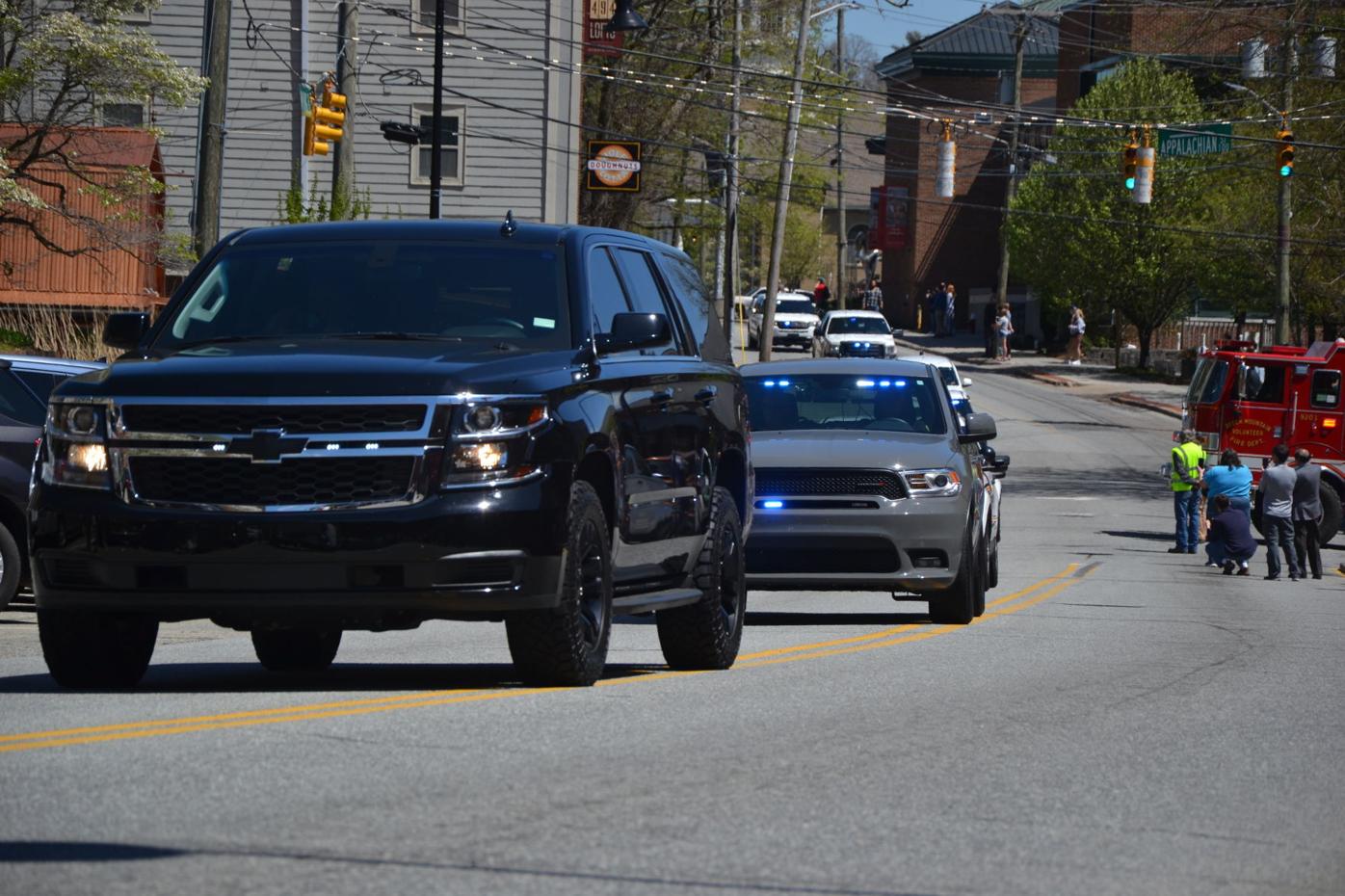 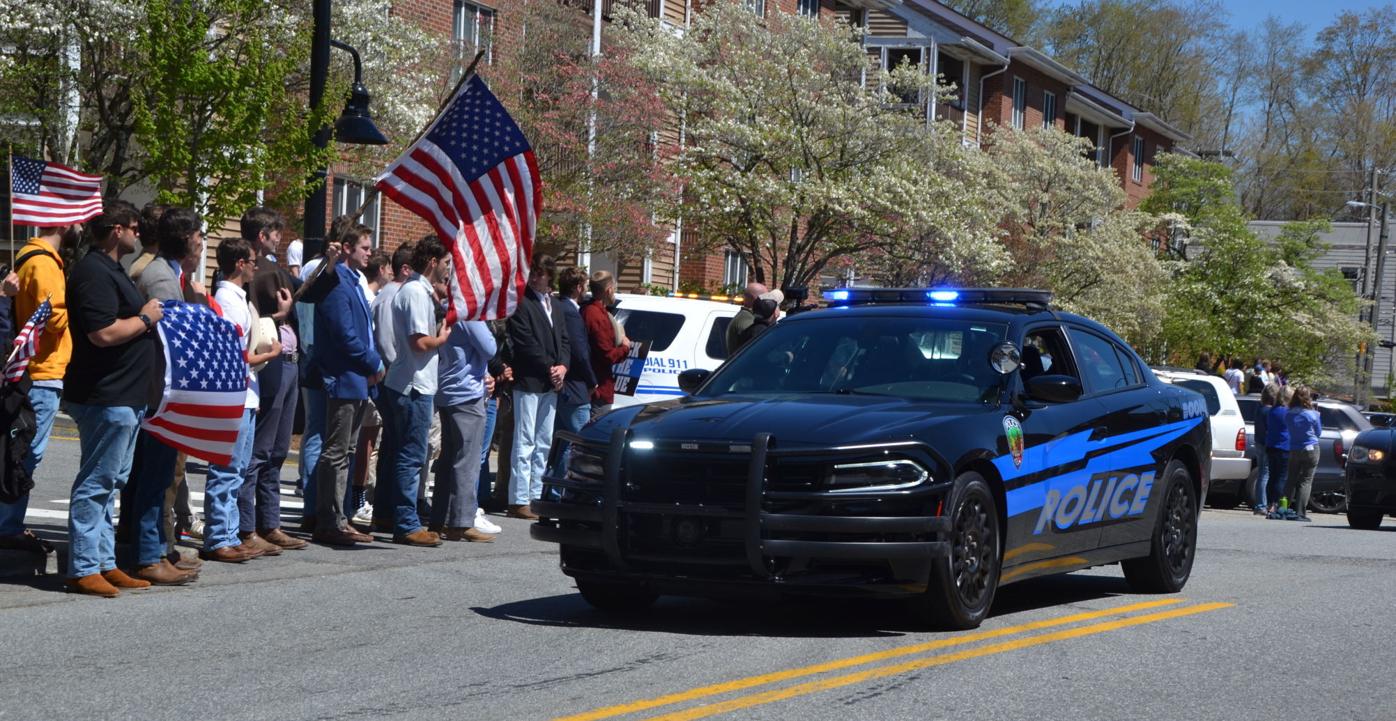 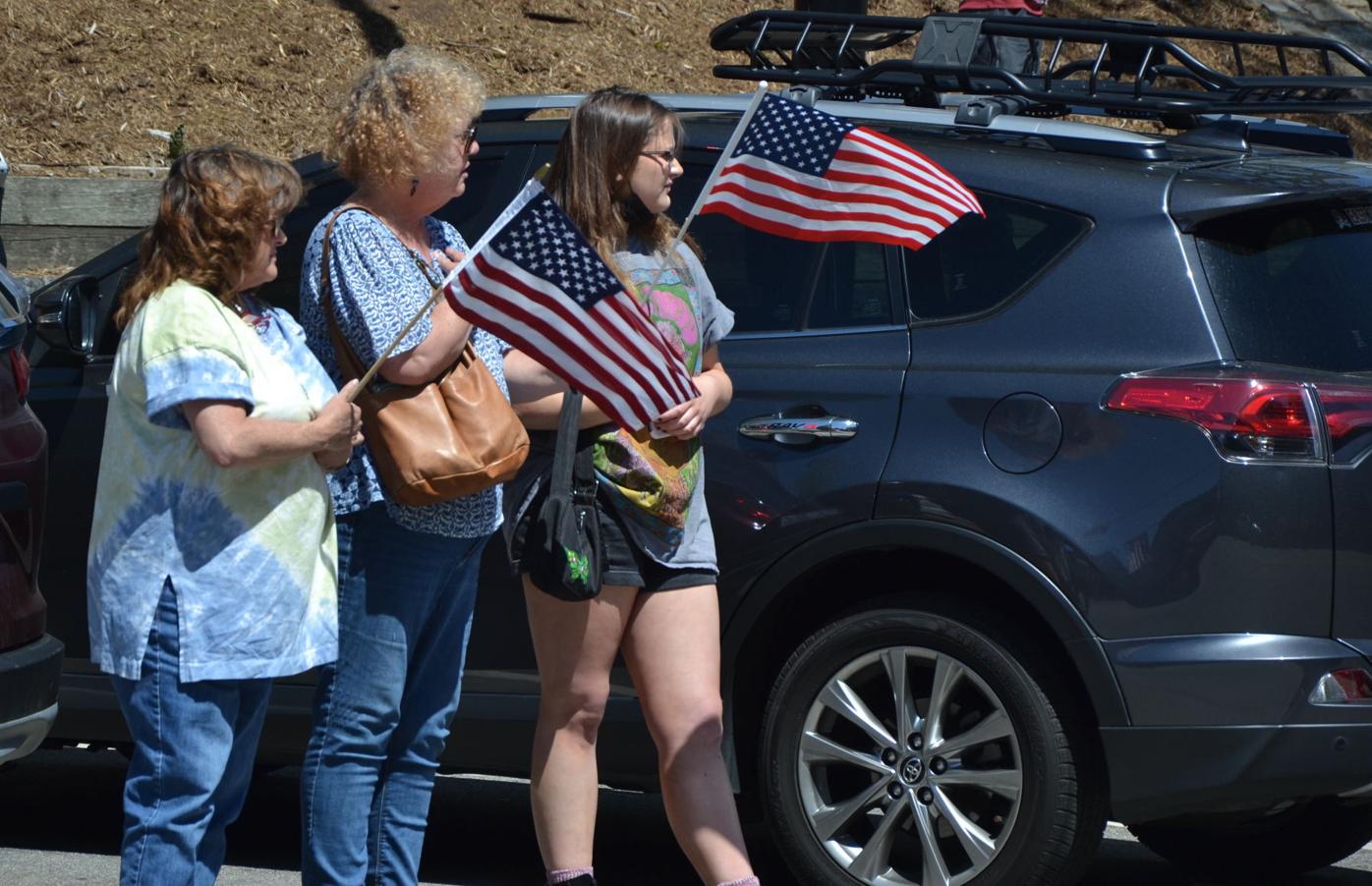 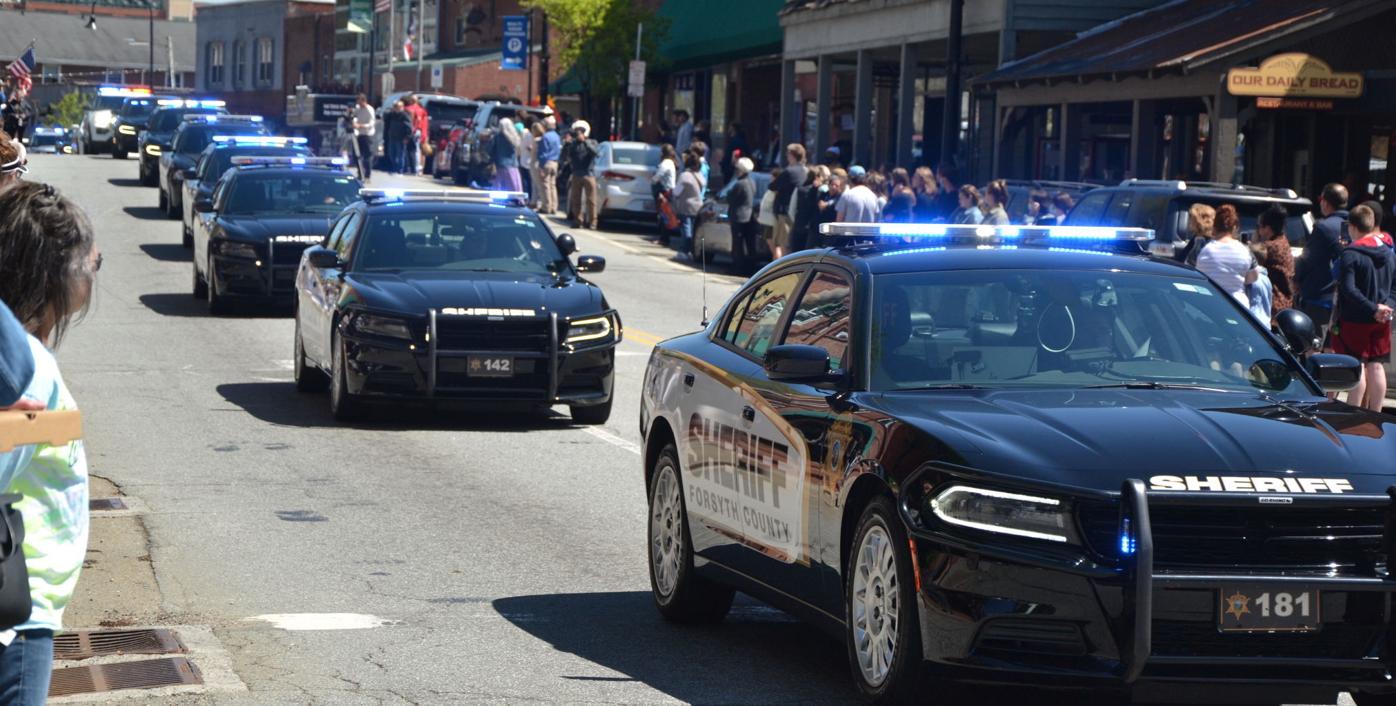 The motorcade in Boone. 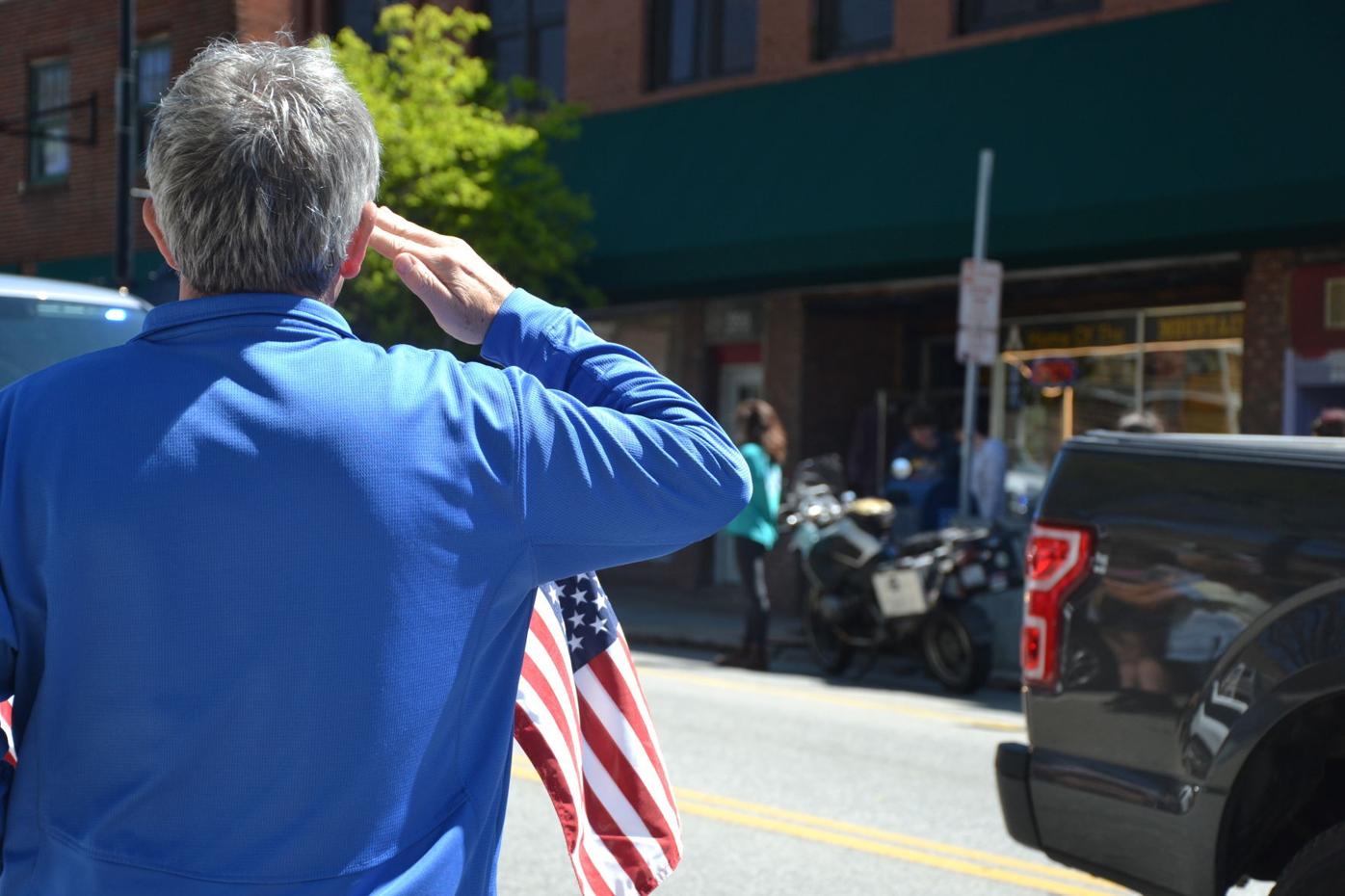 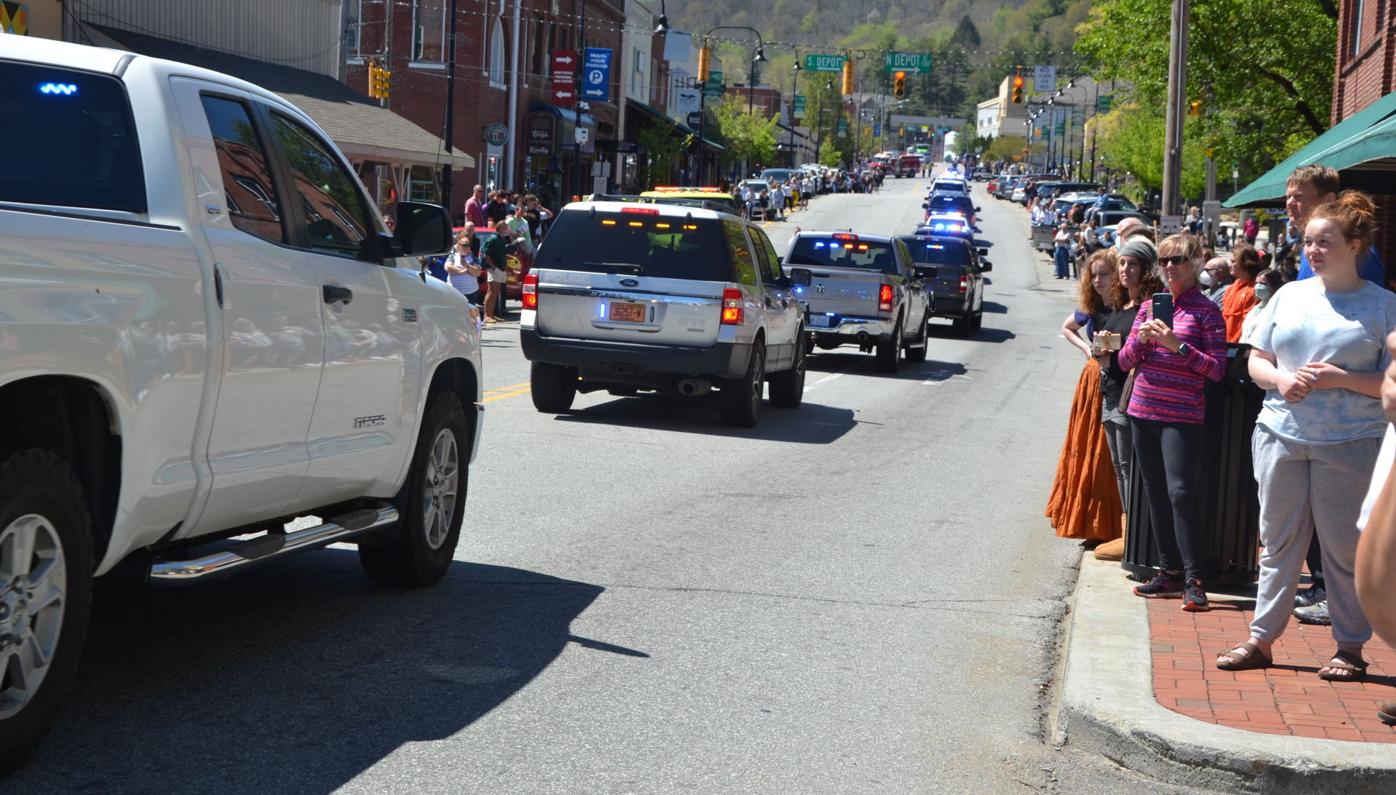 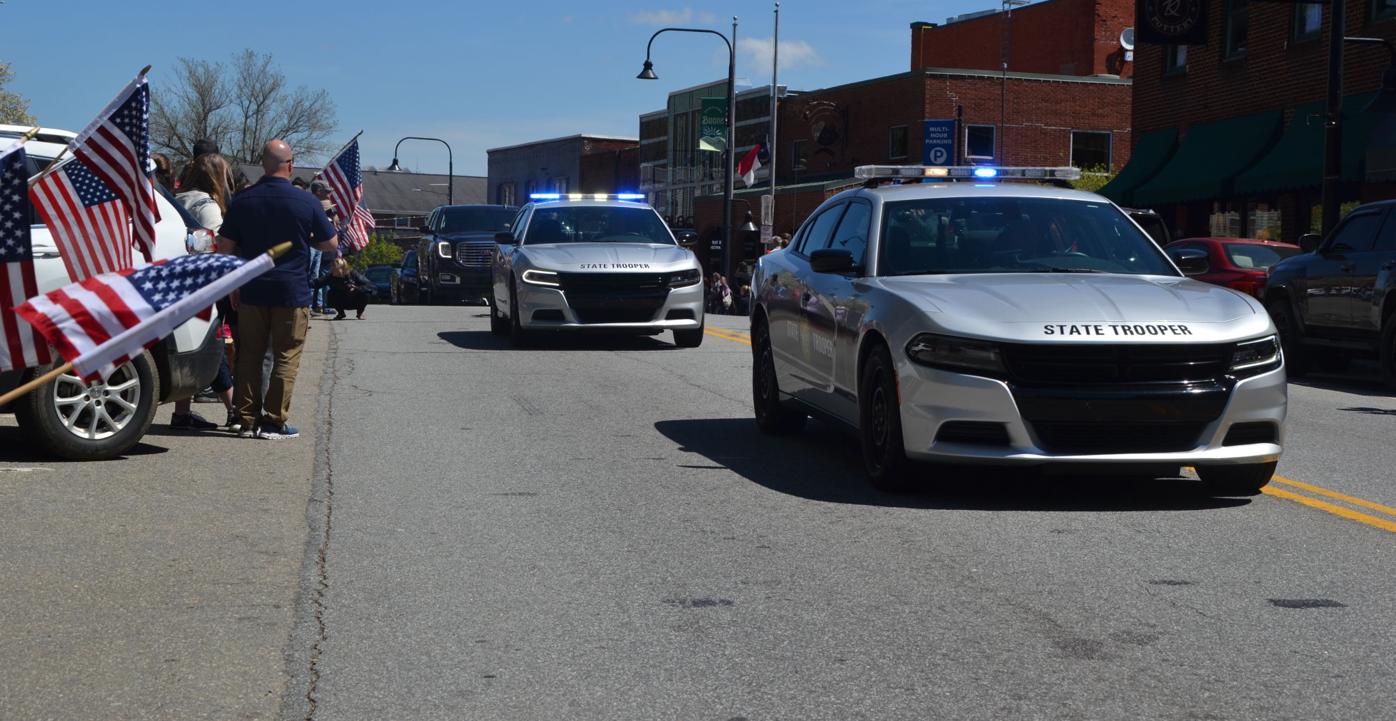 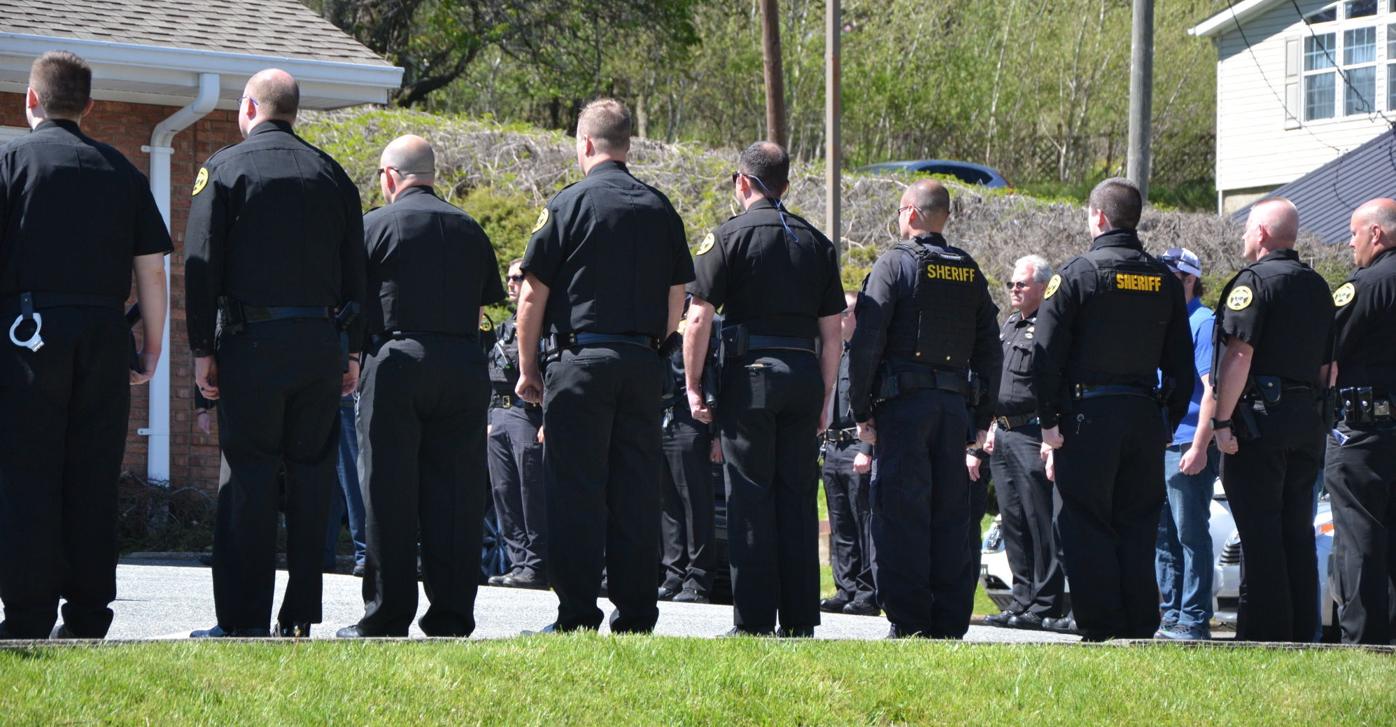 Officers stand at attention to offer their respects. 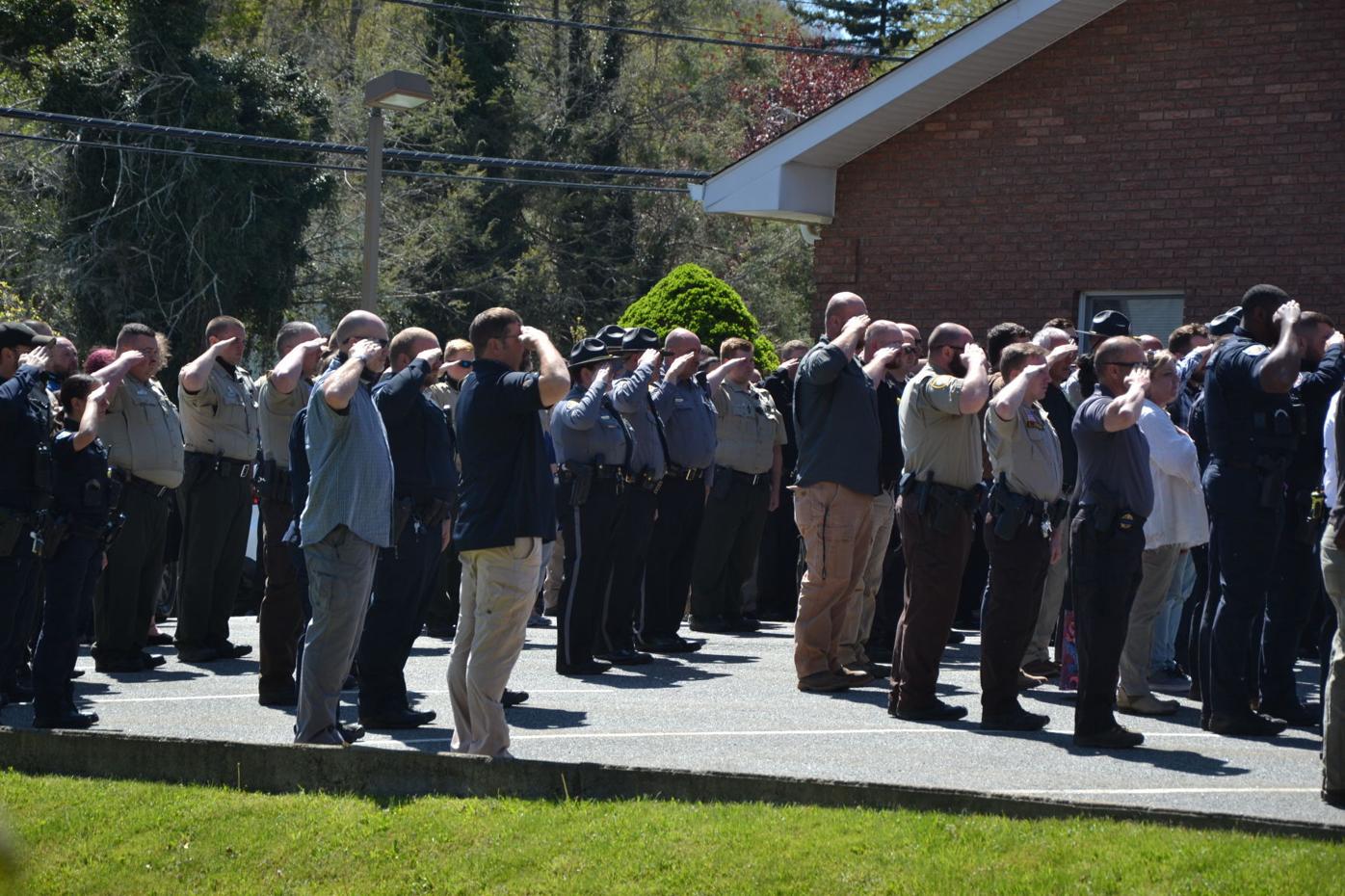 A salute to the fallen officers. 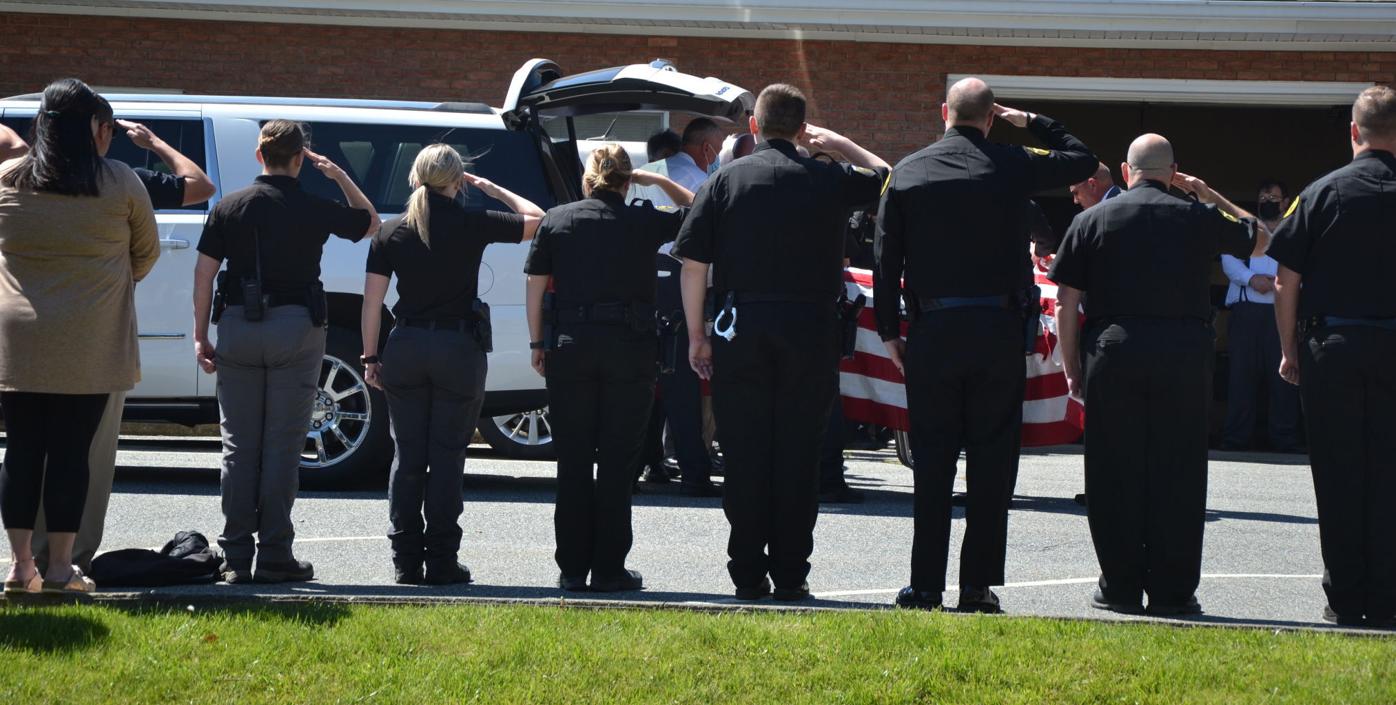 Watauga County Sheriff’s deputies and other law enforcement officers gather outside of Austin and Barnes Funeral Home as fallen deputies Logan Fox and Chris Ward are brought into the funeral home. 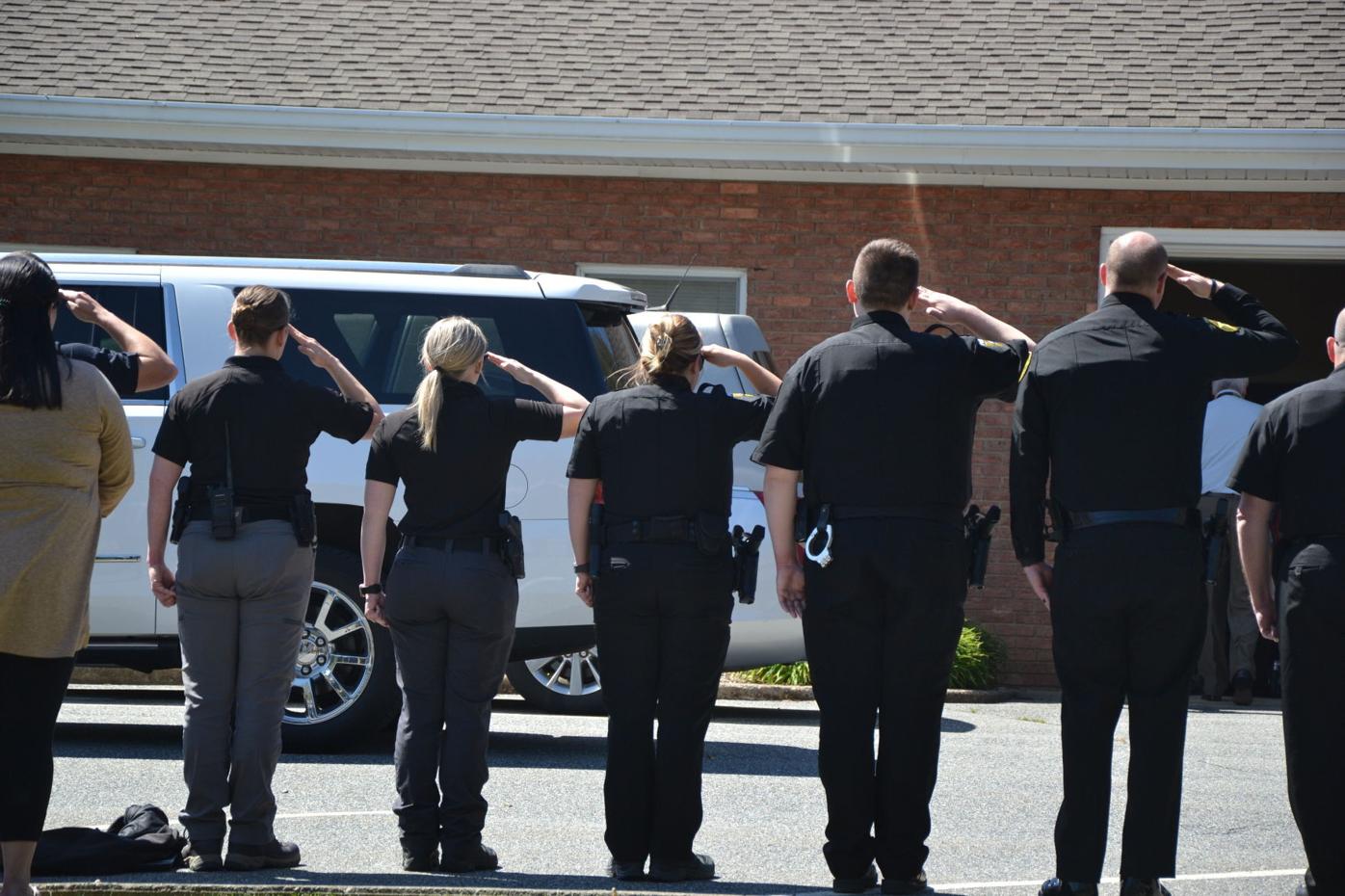 BOONE — The community lined the streets in the afternoon on Friday, April 30, to honor two fallen law enforcement officers, whose bodies were escorted back to Boone.

The procession left from Winston-Salem and carried the bodies to Austin and Barnes Funeral Home in Boone. The procession featured vehicles from multiple law enforcement agencies and, according to Boone Police Chief Andy Le Beau, was four miles long while on U.S. 421.