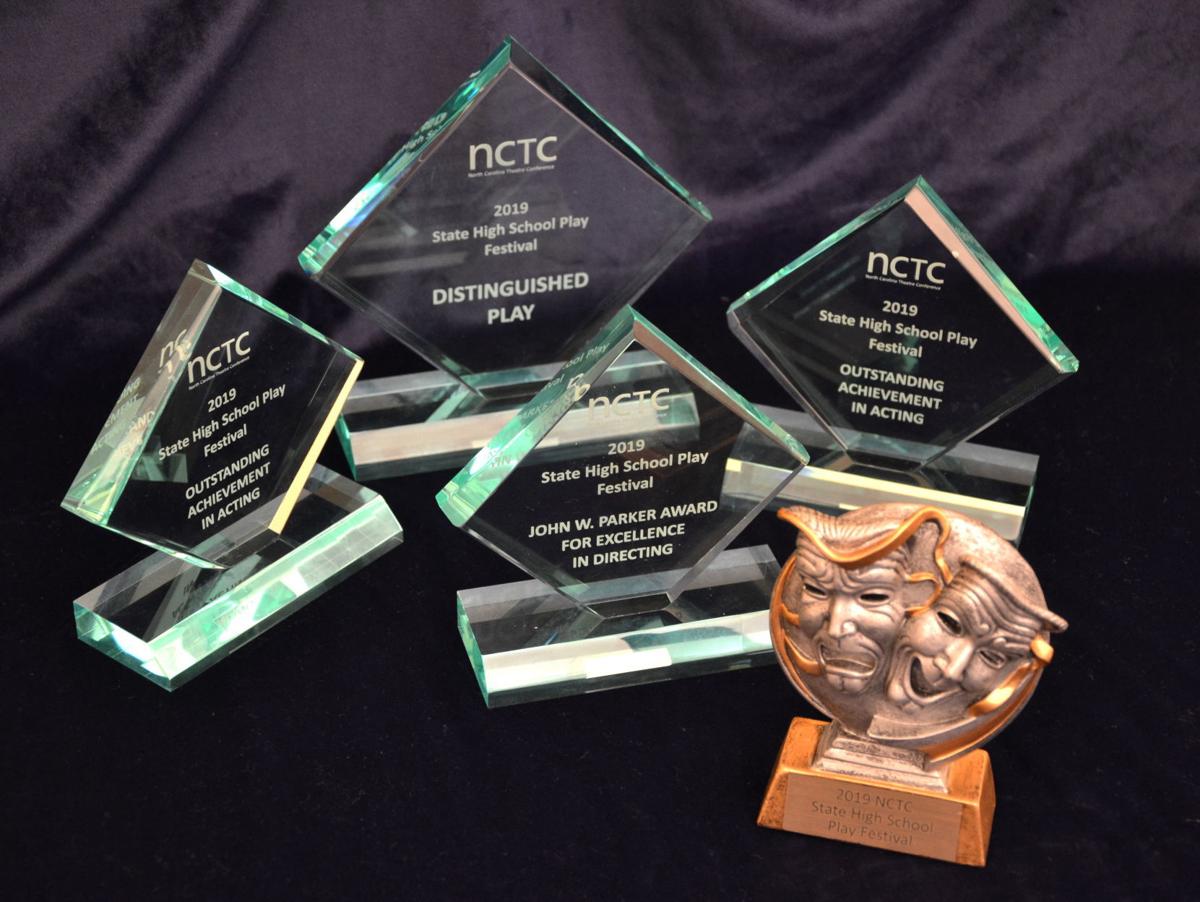 The Watauga High School Playmakers were declared winners of the state play festival of the North Carolina Theatre Conference and won two Outstanding Achievement in Acting awards, a Distinguished Play award and the John W. Parker Award for Excellence in Directing. 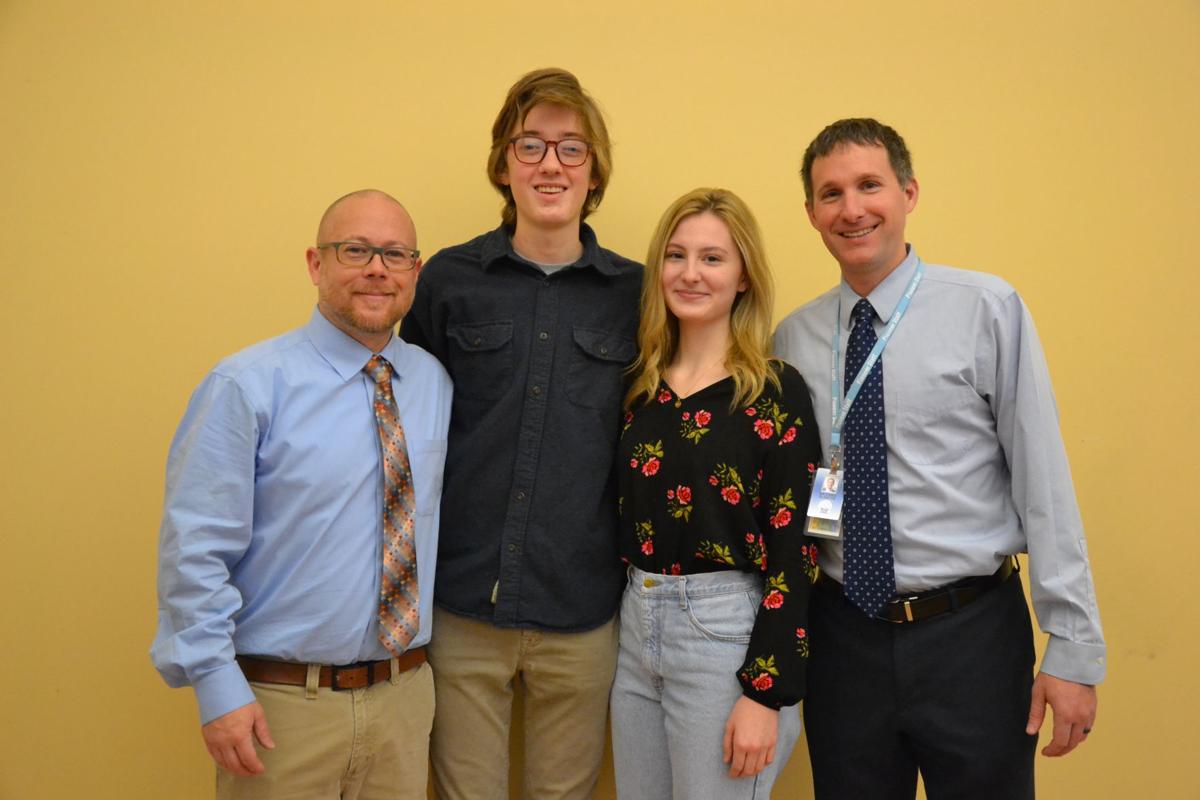 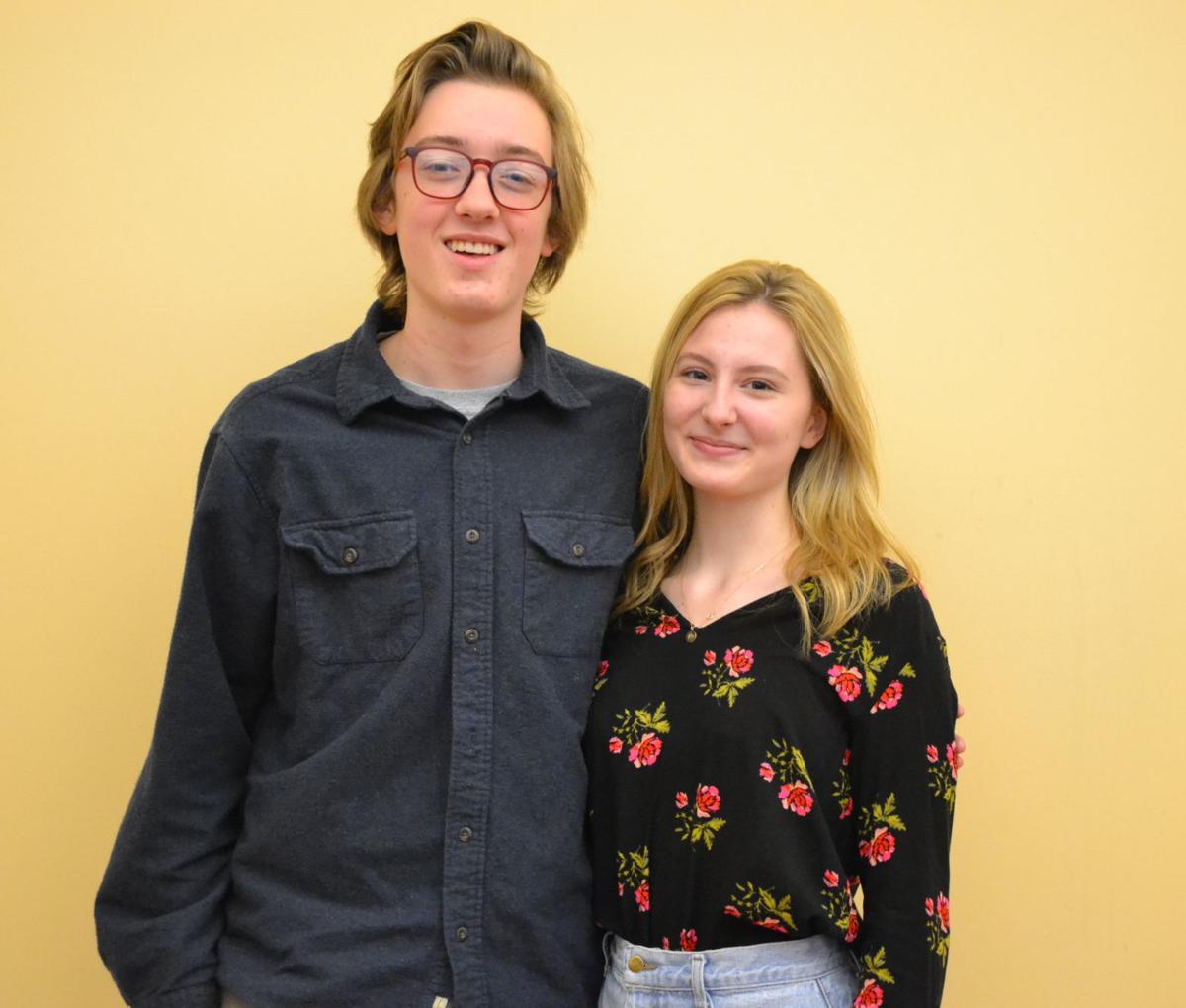 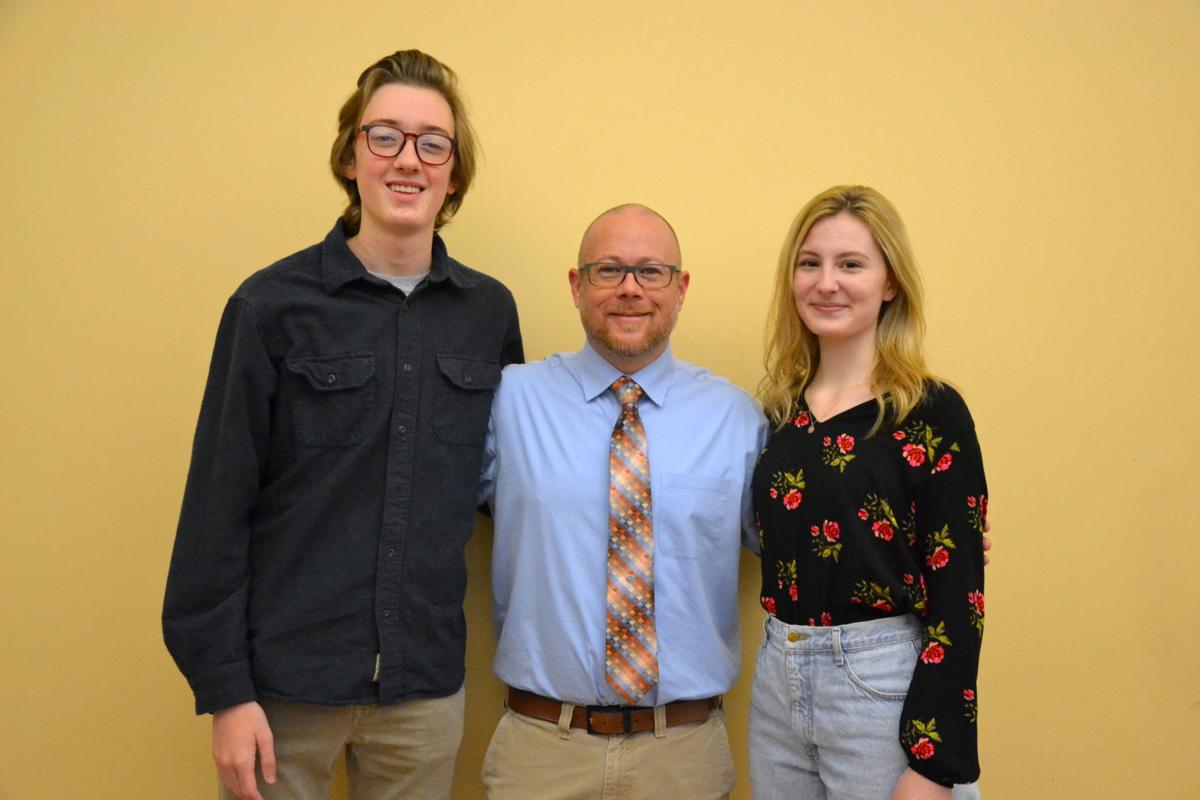 Zeb Scott, Zach Walker and Elise Bednar are presented with awards from the state play festival sponsored by the North Carolina Theatre Conference.

The Watauga High School Playmakers were declared winners of the state play festival of the North Carolina Theatre Conference and won two Outstanding Achievement in Acting awards, a Distinguished Play award and the John W. Parker Award for Excellence in Directing.

Zeb Scott, Zach Walker and Elise Bednar are presented with awards from the state play festival sponsored by the North Carolina Theatre Conference.

History was made on Nov. 22 when the Watauga High School Pioneer Playmakers swept all four major award categories at the state play festival sponsored by the North Carolina Theatre Conference.

The troupe won the coveted audience choice Distinguished Play Award for their production of “Ernest and the Pale Moon” by Oliver Lansley. WHS is one of two schools from North Carolina that will advance to the regional festival in Kentucky, along with Sanderson High School in Raleigh. The show will represent North Carolina at the Southeastern Theatre Conference in Louisville, Ky., from Feb. 26–March 1, 2020.

Coincidentally, Sanderson also chose “Ernest and the Pale Moon” for its festival entry — marking the first time that NCTC has advanced two productions of the same play to the regional festival.

This is the third state theater championship for the school — following previous wins for the play “Dearly Departed” in 1999 (directed by Trimella Chaney) and the production of “John Lennon and Me” in 2007 (directed by Sarah Miller).

“In this moment, life is in my face,” Walker said. “Process precedes product. And the product (sometimes) hits its mark. However, the journey is always the real reward.”

WHS juniors Elise Bednar and Zeb Scott were both presented Outstanding Achievement in Acting awards for their portrayals in the roles of Gwendoline and Ernest, respectively. The two students each received scholarship offers totaling $216,000 from NCTC partners Catawba College, Greensboro College and Lenoir-Rhyne University. These scholarships are contingent upon meeting admissions requirements and enrollment at the respective schools.

These substantial awards may also be enhanced with academic scholarships, if Bednar and Scott meet those requirements.

Watauga County Schools Superintendent Scott Elliott said he was thrilled by the success of the school’s theater program and the awards earned by the Playmakers students and teachers.

“The quality of the program and their showing at the state level reflect both the talent of our students and the commitment of our school and community to our arts programs,” Elliott said. “We know that a well-rounded educational experience includes participation in high quality arts programs. I am grateful to our teachers, parents and community for supporting these students and encouraging their success.”

More than a dozen parents accompanied the 23 members of the Pioneer Playmakers who comprise the cast and crew for the production. Paulette Marty, a theater professor at Appalachian State University and mother of cast member Fiona Marty, said she was proud of the group’s “amazingly precise, ensemble-created work and their across-the-board investment and focus.”

“The thing that I’m most proud of is their loving supportiveness for all the other schools, and the way the kids from those schools repaid them in kind,” Marty said. “The screams of joy for them from the other kids when they won was the best part of this whole journey. If you want to bolster your faith in the power of supportive human community, go to a NCTC theater festival. It was beautiful.”

In 2017, Miller and Walker were named co-recipients of the K-12 Theatre Arts Educator Award — presented by the NCTC Board of Directors to recognize individuals who are active members and have exhibited leadership roles in their community.

“Sarah Miller and Zach Walker are extraordinary arts educators who teach their students to work hard, to support one another and to celebrate their peers,” Hays said. “Sarah and Zach believe in the value of service and NCTC is grateful for their work as regional High School Play Festival hosts, as well as for their leadership as mentors of new theater teachers.”

Hays said she was most impressed by Watauga’s approach to theater.

“ ... The work is the cake, the work is where we put our heart and soul, and awards are simply the icing,” Hays said. “Zach and Sarah inspire me; I’m grateful for their service, and I know their work has enriched the lives of countless students, parents and members of the Boone community.”

Walker is working with a group of parents to schedule an encore performance of their production to raise funds for the regional festival. The school has already begun accepting contributions to the WHS Theatre Department, which can be mailed to the Pioneer Playmakers at 300 Go Pioneers Drive in Boone.

Keith Martin is the John M. Blackburn Distinguished Professor of Theatre at Appalachian and has been active in the North Carolina Theatre Conference since 1972 when he, too, participated as a student in the high school play festivals.