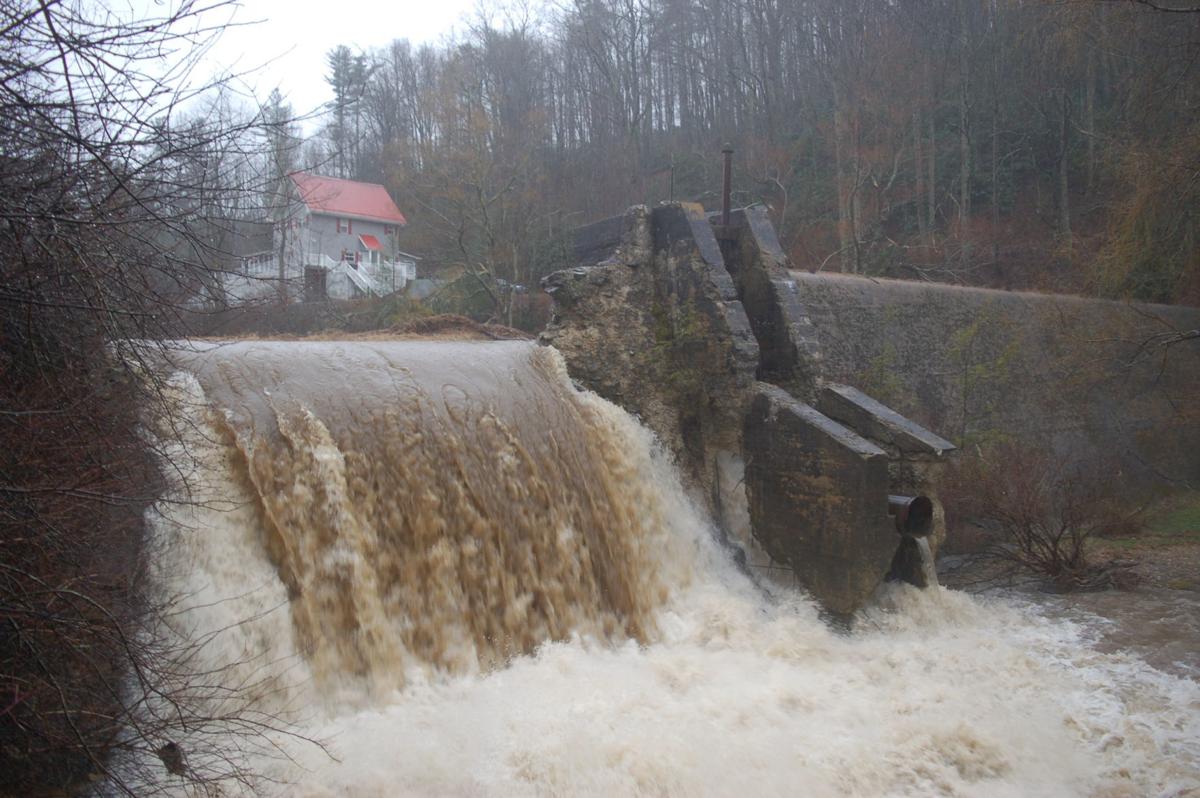 The remnants of the Payne Branch Dam are pictured during a heavy rainstorm on Feb. 6. 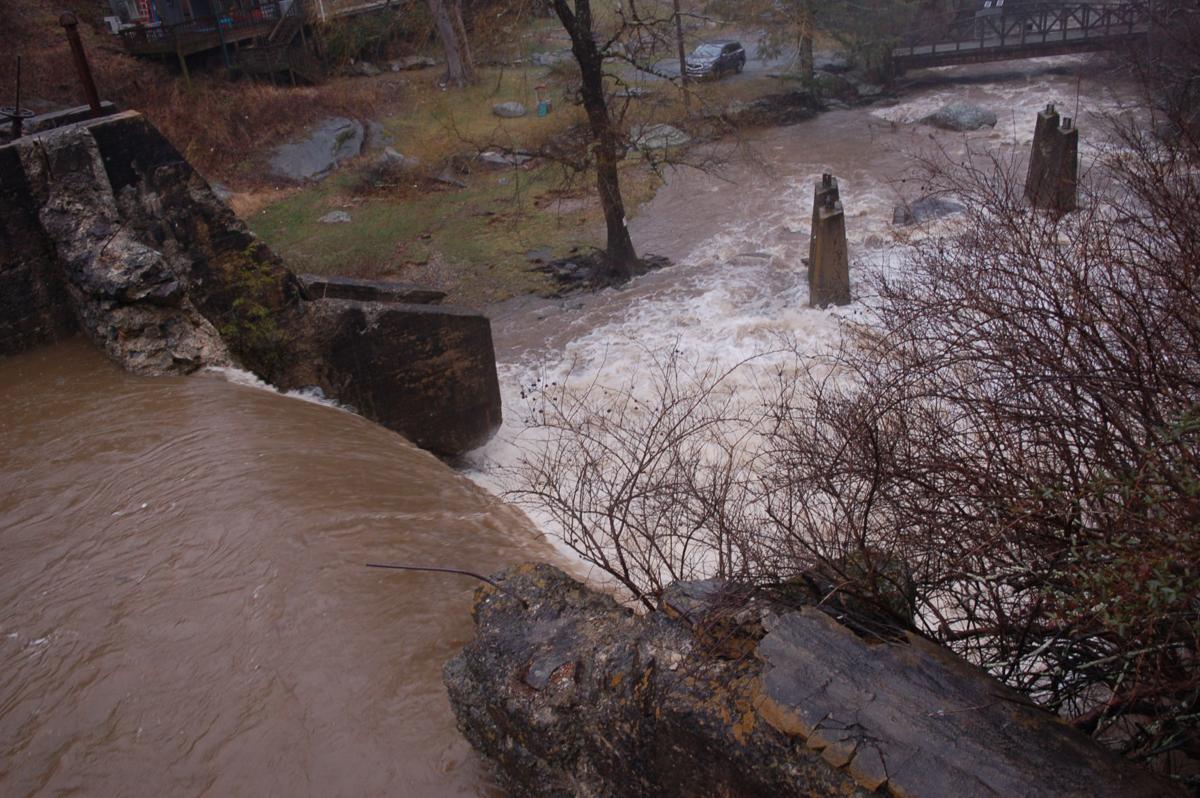 The view of Payne Branch Dam from above the falls is pictured during a rain storm on Feb. 6. 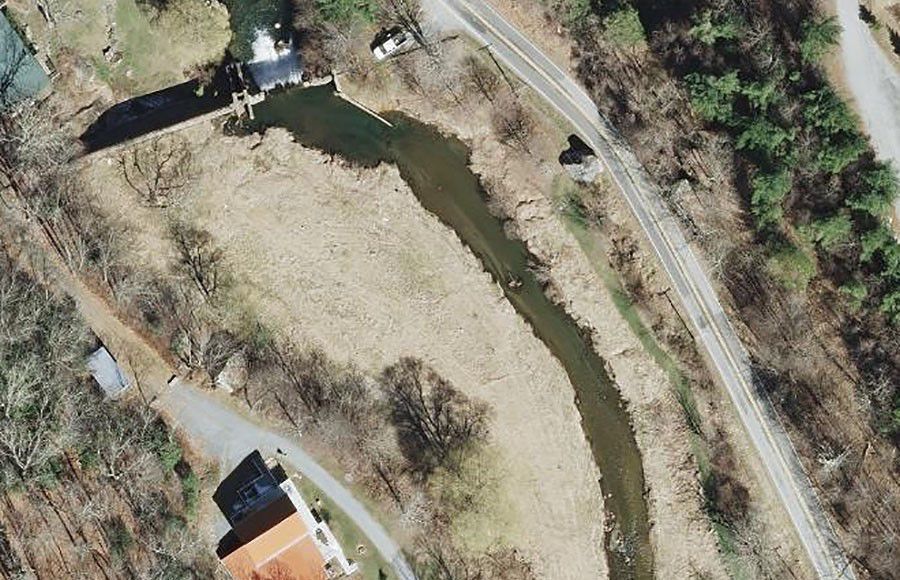 An aerial shot over the Payne Branch restoration site shows the dam and adjacent park.

The remnants of the Payne Branch Dam are pictured during a heavy rainstorm on Feb. 6.

The view of Payne Branch Dam from above the falls is pictured during a rain storm on Feb. 6.

An aerial shot over the Payne Branch restoration site shows the dam and adjacent park.

BOONE — Appalachian State University electricity utility New River Light and Power announced Feb. 5 that it has been awarded $1.177 million in grants to remove substantial parts of the Payne Branch Dam in effort to restore the Middle Fork New River.

The work will begin in the summer, NRLP said. According to NRLP spokesperson Chris Nault, the exact dates of the project are not available yet, and completion is weather dependent, although the target time is in the fall.

“As part of the upcoming project, substantial remnants of the dam will be removed, restoring approximately 1,200 linear feet of the river and adjacent wetland areas,” NRLP said in a statement.

The project will include creation or enhancement of floodplain wetlands or ponds, reconnecting to the existing floodplain, sediment removal, new channel construction, riparian buffer and stream bank plantings, removal of invasive species and additional tree planting around the area.

NRLP first received a grant of $1 million in July 2018 and got a second grant of $177,000 in December 2019, Nault said. The delay in the announcement was because both grants were required to have adequate funds to award construction contracts, Nault added. The utility will honor a $200,000 matching funds commitment, NRLP stated. Nault said the grants have a December 2021 deadline for project completion.

“Funding, all permitting and other necessary agreements are expected to fall in place in short order allowing the project to proceed,” the utility stated.

The work will result in increased traffic along Payne Branch Road to the intersection with U.S. 321, just south of Boone.

“Once the restoration is completed, significant improvements to this native trout stream will be realized as well as a more scenic environment for future extension of the (Middle Fork) Greenway Trail between Boone and Blowing Rock.”

The hydroelectric Payne Branch Dam was used from 1924–1972 as a power source for the NRLP service area. According to NRLP, the watershed upstream of the site has been impacted by development and highway expansion over the years. The remaining dam structure has subsequently restricted the Middle Fork New River, causing increased stormwater flow and sediment levels that are impacting the water quality in this habitat, NRLP stated.

“The current manmade dam breach has approximately 18 vertical feet of fall, which will become spread out over approximately 1,200 [horizontal] linear feet, as to allow passage of aquatic species,” Nault said. “As a result, the flow and water levels will be changing both upstream and downstream.”

North Carolina’s Clean Water Management Trust Fund, established in 1996, is a non-regulatory organization “with a focus on protecting and restoring the state’s land and water resources,” according to its website.