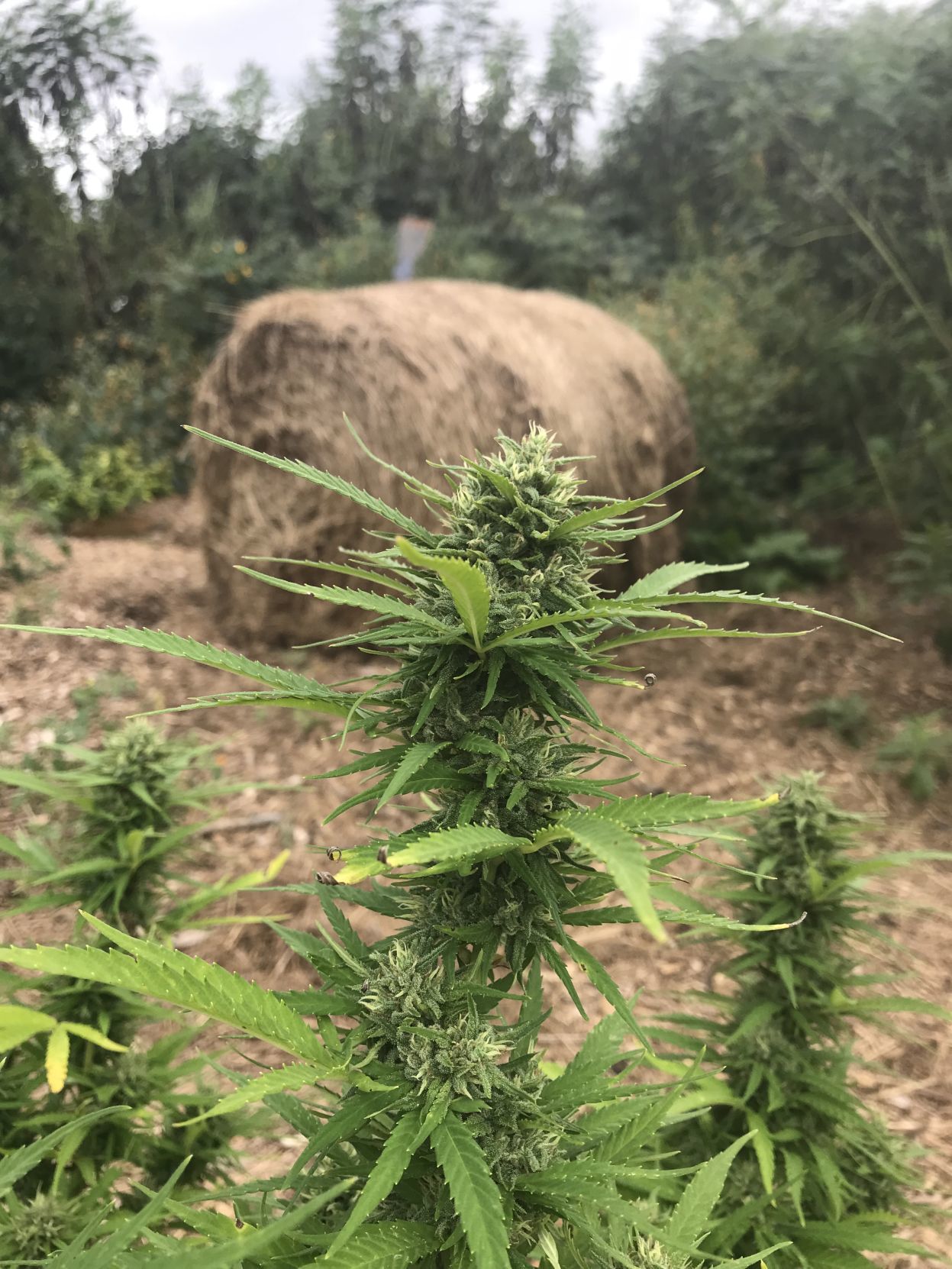 A closer look at a flowering hemp bud, legally grown in Ashe County. 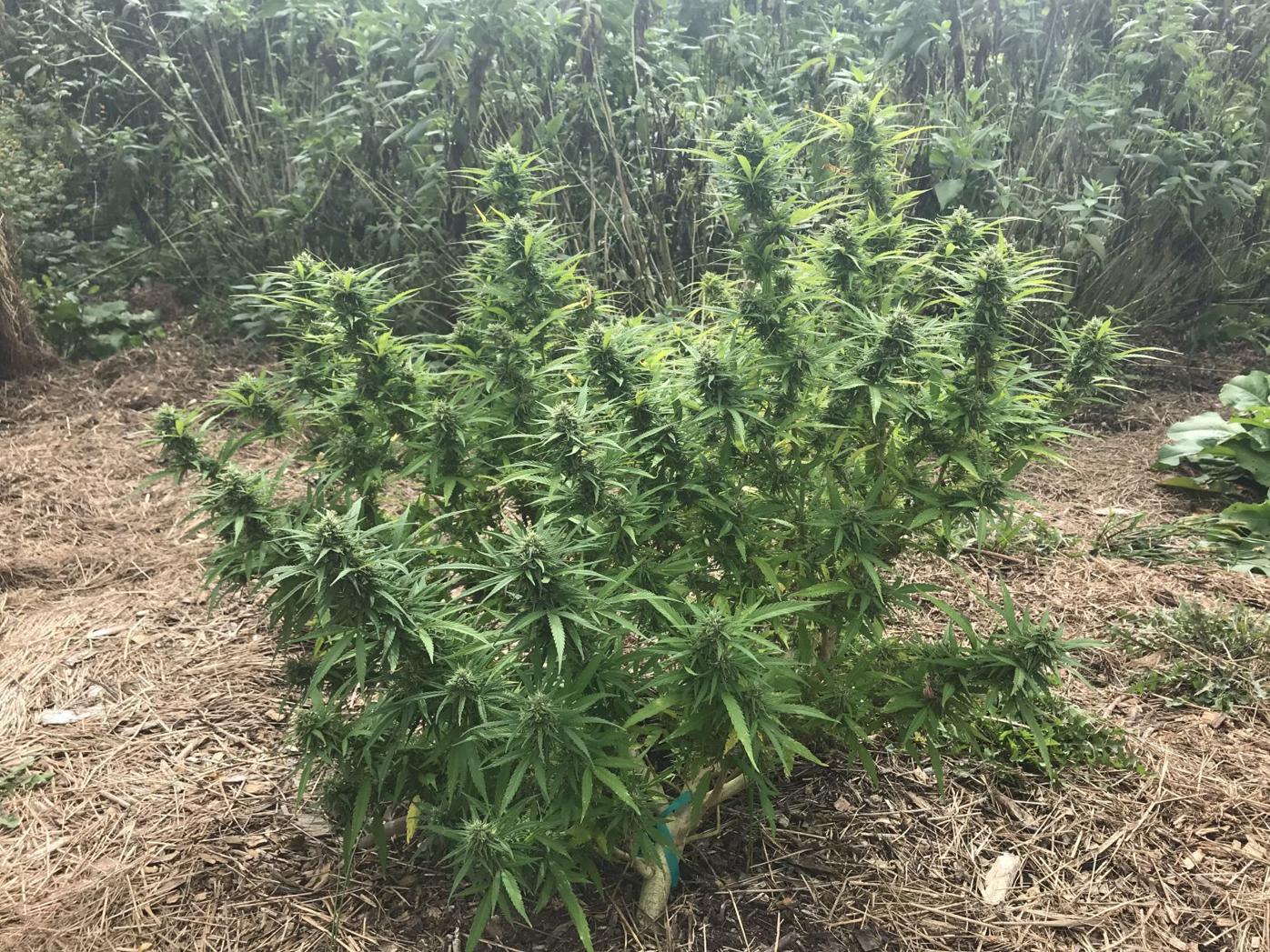 A closer look at a flowering hemp bud, legally grown in Ashe County.

Local farmers could see an opportunity in 2019 as hemp has been made legal to grow and consume nationwide as part of the 2018 Farm Bill.

“When I say game-changer, I mean it’s going to change something, but we don’t know how,” Birdsell said. “This is brand new — the first time in my lifetime that we’ve had a brand new crop with the veil pulled away from it like that.”

Hemp — also known by its scientific name, cannabis sativa — is a plant that has been federally illegal since the 1930s, along with its counterpart, marijuana.

Hemp plants are bred to naturally contain only a trace amount of THC and very high concentrations of CBD, the consumption of which does not produce the high that is associated with marijuana, which is still illegal in North Carolina.

Under the new Farm Bill, cannabis sativa plants containing less than 0.3 percent THC are now federally legal to grow and process, but anything grown above that slight threshold must be destroyed, according to Birdsell. Boylan said that any growers will be subject to opening their farms to visits and testing from law enforcement to make sure the THC levels are legal, which was similar to the pilot program the state previously ran.

North Carolina operated a pilot hemp growing program, run through the North Carolina Hemp Commission, prior to the 2018 Farm Bill.

“That pilot project had special license to operate within the parameters of the law as researching the possibilities of hemp,” Birdsell said. “What we were able to show is that there’s a high demand for it, and people are really interested in it.”

Boylan said that hemp pilot program growers didn’t have to list an extension agent on their application, but he was aware of one grower who lived in Watauga and leased land in Ashe County. Birdsell knew of two licensed hemp growers in Ashe County in 2018.

“They’ve learned a lot, it’s one of those things where you start small and you get experience by doing,” Birdsell said. “We have several more folks that are interested and working towards obtaining the license.”

“Since North Carolina had this semi-mature (hemp) program, the state program will continue to regulate and there will be licensing from the state,” Boylan said.

States that do not have hemp regulation will be subject to federal oversight, Boylan said.

He added that he’s working with two Watauga County growers who are applying for a hemp license for the upcoming year.

Birdsell said growers can now borrow money and get crop insurance from the federal government, in addition to fertilizing their fields and legally spraying their plants with EPA-labeled fungicides, insecticides and herbicides for protection.

With no herbicides currently available for hemp plants, Boylan said he will help growers cultivate their crops in an organic manner.

“We are trying to educate on the legalities of pest control, because there are no herbicides for hemp control,” Boylan said. “Our goal for any grower with any crop is to help them avoid pitfalls.”

“I think we’ve seen proven results … in climate-controlled systems where they can control the amount of water falling on the plants,” Boylan said.

“There’s a lot of research to still be done on this,” Birdsell said. “We’re learning planting times — it’s going to be treated a lot like a tomato, where you can’t plant a tomato seed and grow it to fruit maturity in our climate. You have to start with a seedling and transplant it outdoors so you have enough growing time to get a mature plant.”

“The seeds have nutritional value in them, it’s a natural grain — extremely nutritious — and it’s been eaten in other countries for hundreds of years,” Birdsell said. “Hemp makes really awesome shirts, and makes incredibly strong rope, and it’s all natural.”

“It’s a combination of something like wheat, cotton and tobacco,” Birdsell said. “We have had a dramatic increase in interest over the past several months.”

Presently, it takes 120-150 days for a hemp plant to grow into maturity and begin to flower, but that could shrink to 90 days in the near future, Birdsell predicts.

The Ashe County and Watauga County cooperative extensions are hosting a hemp program about essential production information, how to get a license and legal information at Ashe Family Central from 1-4 p.m. Wednesday, Jan. 30, Birdsell said. The program will be free and include research text, hemp buyers and licensed hemp producers, Boylan said.

Boylan said that N.C. A&T State University will host a program Feb. 27 or 28 involving Avery and Watauga counties, with cost to be determined.