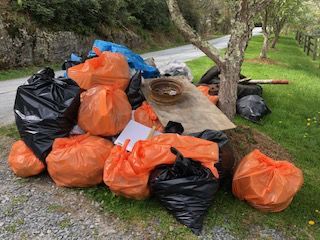 Bags of trash are gathered after a clean up event in Watauga County on May 1. 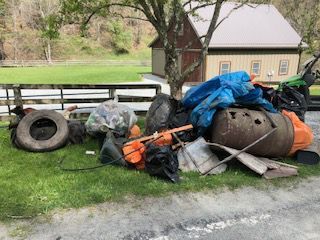 Community members in Watauga County collected trash along local roadways on May 1. 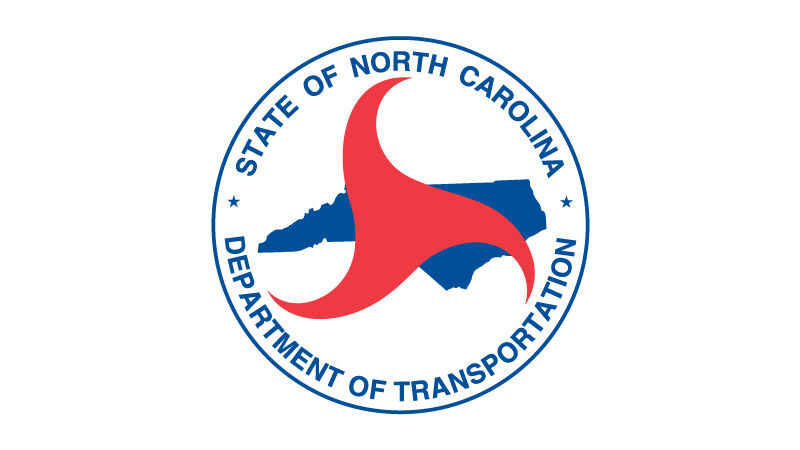 Bags of trash are gathered after a clean up event in Watauga County on May 1.

Community members in Watauga County collected trash along local roadways on May 1.

RALEIGH — As part of its litter removal efforts, N.C. Department of Transportation crews, contractors and volunteers have now collected more than 5 million pounds of litter from roadsides this year.

“The people of North Carolina have come together like never before to keep our state clean,” said state Transportation Secretary Eric Boyette. “I thank each and every volunteer that helped us reach this extraordinary goal. We had a great effort during the Spring Litter Sweep, and I hope to see even more out there for the Fall Litter Sweep.”

Joyce Zellner, of Blowing Rock, said that neighborhoods stretching from Boone to Blowing Rock — including Winkler Creek Road, Flannery Fork and Payne Branch Roads — had a major road cleanup on Saturday, May 1, with bags, gloves and vests.

“Mounds of trash were collected as the roadway had gotten so very littered over time with cans, bottles, Styrofoam containers and assortments of anything imaginable,” Zellner said. “The day was delightful, people engaged in conversation getting to know one another and work was accomplished. It appears we individuals have to become far more invested in maintaining the beauty of our roadways and community.”

Zellner encouraged everyone to adopt a roadway and take part in keeping the local communities, Watauga County, state and country beautiful.

“It takes all of us preventing and collecting litter we see,” Zellner said.

The department‘s Fall Litter Sweep is scheduled to run from Sept. 11-25.

NCDOT reports that the agency and its partners have removed 5.3 million pounds of litter since Jan. 1.

NCDOT’s litter management programs are multifaceted. The department makes use of state-owned forces and contract services statewide. NCDOT’s Sponsor-A-Highway Program allows businesses, organizations and individuals to sponsor litter removal along roadsides. NCDOT is also proud to partner with the more than 120,000 participants in the Adopt-A-Highway Program, where volunteers pledge to clean a section of our highways at least four times a year.

Litter is unsightly, costs millions of dollars to clean up and can hurt the environment, tourism and the state’s quality of life.

Community members are encouraged to do their part by:

• Securing their loads before driving. Unsecured trash can fly from a vehicle and end up as roadside litter.

• Holding onto trash until it can be disposed of properly. Keep a litter bag in the vehicle so trash can be properly disposed later.