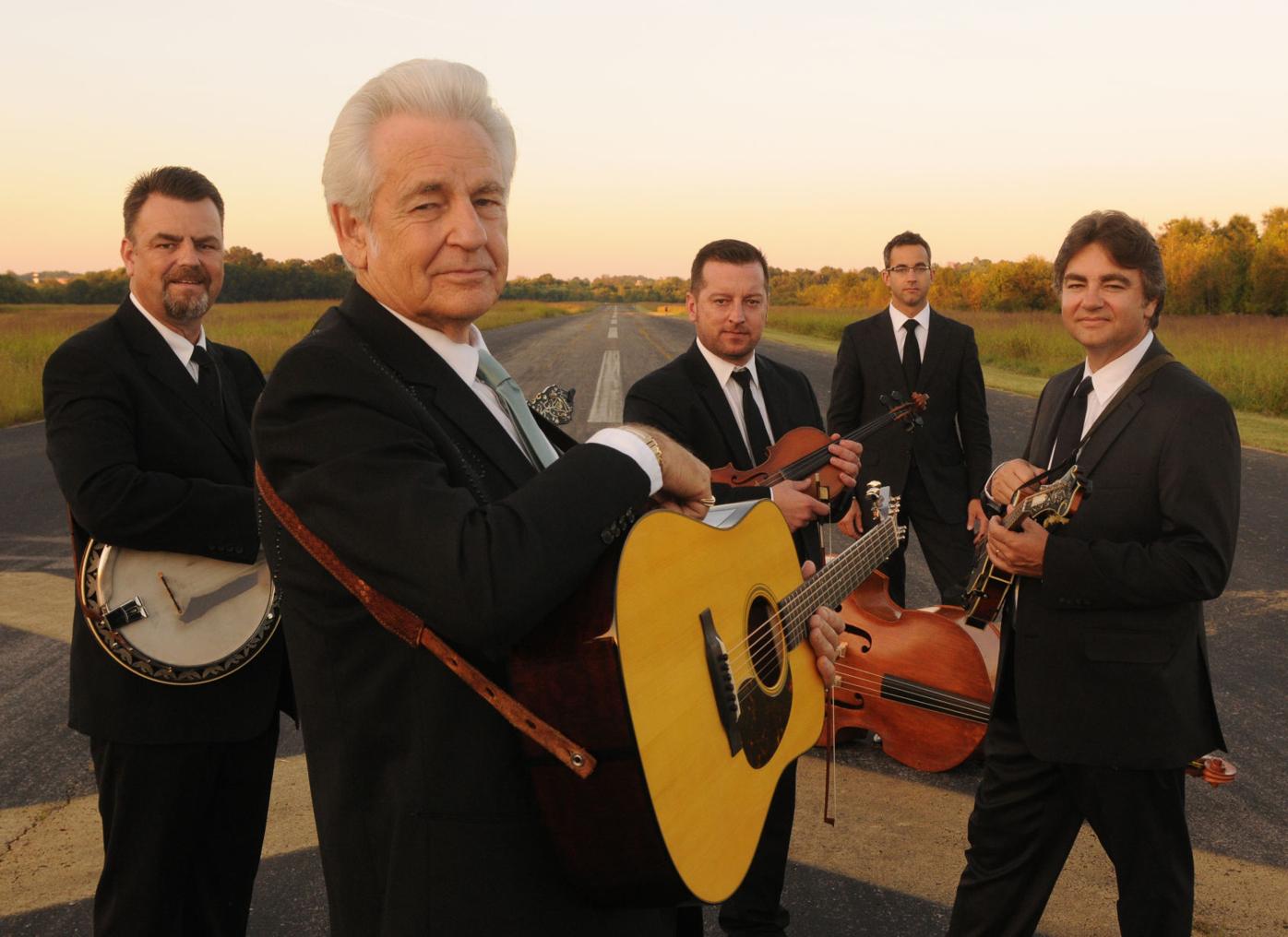 The Del McCoury Band has incorporated a variety of genres into its unique sound and will visit the Schaefer Center on Nov. 14. 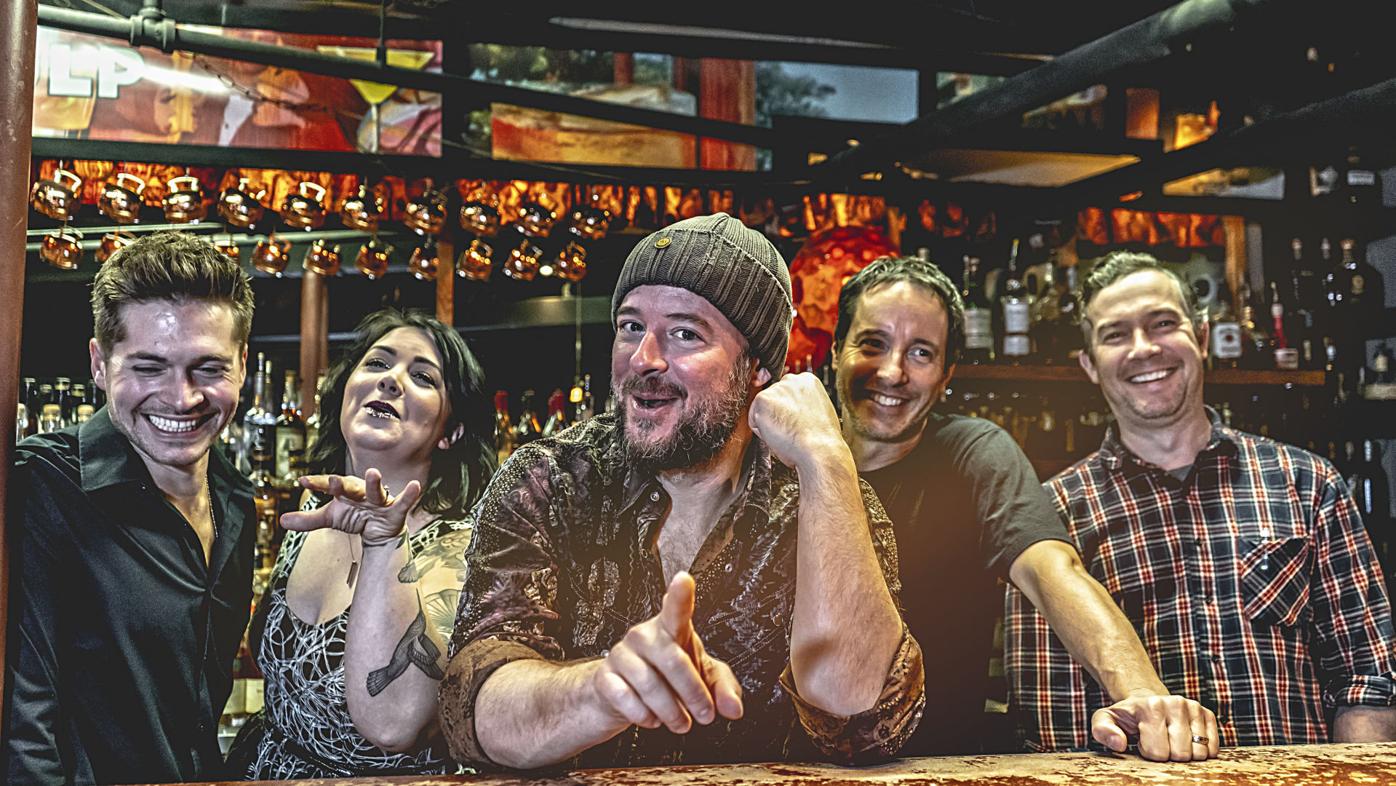 The Yonder Mountain Band has been lauded by Rolling Stone for their progressive take on bluegrass.

The Del McCoury Band has incorporated a variety of genres into its unique sound and will visit the Schaefer Center on Nov. 14.

The Yonder Mountain Band has been lauded by Rolling Stone for their progressive take on bluegrass.

Yonder Mountain String Band has redefined bluegrass music, expanding the traditional acoustic genre beyond its previously established boundaries by steadily pushing the envelope into the realms of rock n’ roll and improvisation. The Del McCoury Band, fronted by the legendary McCoury, is the most awarded band in bluegrass history. The bands take the stage together for a one-night-only highly anticipated double-bill concert. Tickets are $45 adults, $40 faculty/staff, $25 students. A livestream option is also available for $15 per household.

The Colorado-based Yonder Mountain String Band blends bluegrass, rock and roll, and countless other influences into a new genre. Yonder Mountain’s early success was fueled by their desire to make a sound distinctly their own.

Their traditional take on bluegrass was fused with their diverse musical influences ranging anywhere from punk rock to the Grateful Dead. The combination of the band’s unique personalities, extended musical improvisations, their jam band fan culture and their collaborative effort on writing and arranging original songs which span multiple genres attracted more of a freewheeling jam crowd than the traditional bluegrass scene which, in turn, exposed a whole new generation of fans to bluegrass. This past April, the band recorded their ninth studio album, scheduled to be released in late 2021.

“With their instrumental prowess and adventurous musical spirit, Yonder Mountain String Band were — and still are — a pioneering group in the emerging progressive bluegrass scene that now includes marquee acts like Billy Strings, Railroad Earth, Greensky Bluegrass and the Infamous Stringdusters, “Rolling Stone.”

Even among the pantheon of music’s finest artists, Del McCoury stands alone. From the nascent sound of bluegrass that charmed hardscrabble hillbilly honkytonks, rural schoolhouse stages, and the crowning glory of the Grand Ole Opry, to the present-day culture-buzz of viral videos and digital streams, Del is the living link, earning praises from and collaboration with contemporary, bluegrass-bred stars like Vince Gill and Alison Krauss, rocker Steve Earle, and jam-band Phish, and springing from the tutelage of the Father of Bluegrass, Bill Monroe, nearly 80 years ago.

Now helming the Del McCoury Band, with sons Ronnie and Rob, the ensemble continues to represent as a peerless torchbearer for the entire sweep and scope of bluegrass history. The band’s many years of staying true to itself and experimenting — which included wading into the sea of grunge and R&B that dominated the music scene of the mid-1990s — earned McCoury a whole new generation of fans.

“I’m just doing what’s natural,” said Del. “When young musicians ask me what they should do, I always tell them, ‘You do whatever’s inside of you. Do what you do best.’ … We don’t have a setlist. We try and work in the new songs, but a lot of times it’s just requests from the audience. It’s more interesting for the band, for me, and for the audience because nobody knows what’s coming next.”

On their latest release, Del McCoury Still Sings Bluegrass — a title that echoes his 1968 debut, Del McCoury Sings Bluegrass — Del and the band craft 14 songs brimming with hot licks, classic songcraft, and some boundary-stretching electric guitar. “What I like in a record is variety of moods, of tempos,” Del said. “I consider myself traditional at heart, but I don’t have any boundaries. I’m just a guy that likes to sing and play music. Whatever strikes me to do I’ll do it. Without wrecking things.”

• Face coverings are required for students, faculty, staff and patrons, regardless of vaccination status.

In-person and livestream tickets are available at theschaefercenter.org, at the Schaefer Center box office (733 Rivers Street), or by calling (828) 262-4046.