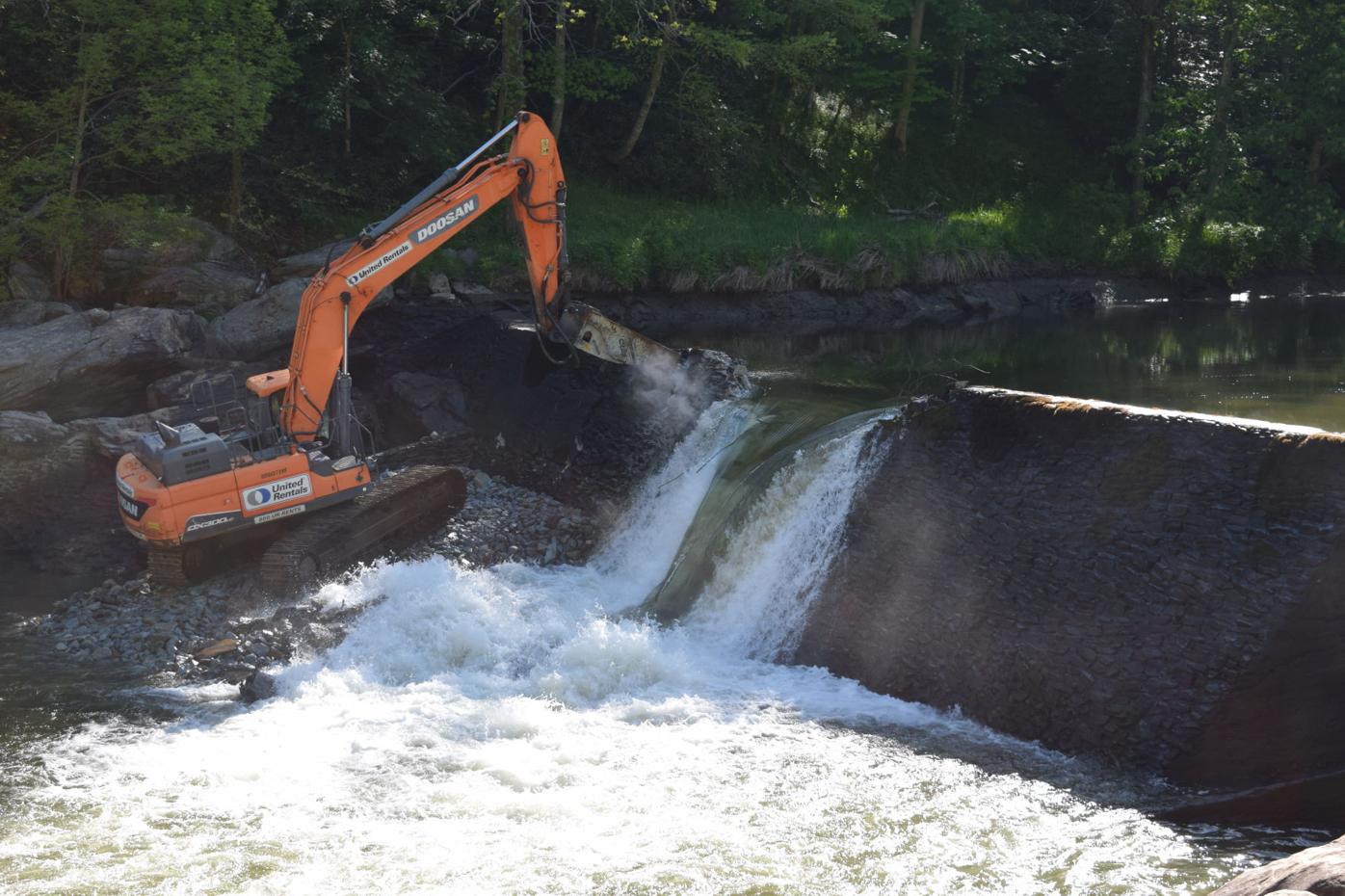 The Ward Mill Dam was removed, which reconnected 35 miles of aquatic habitat in the main stem of the Watauga River 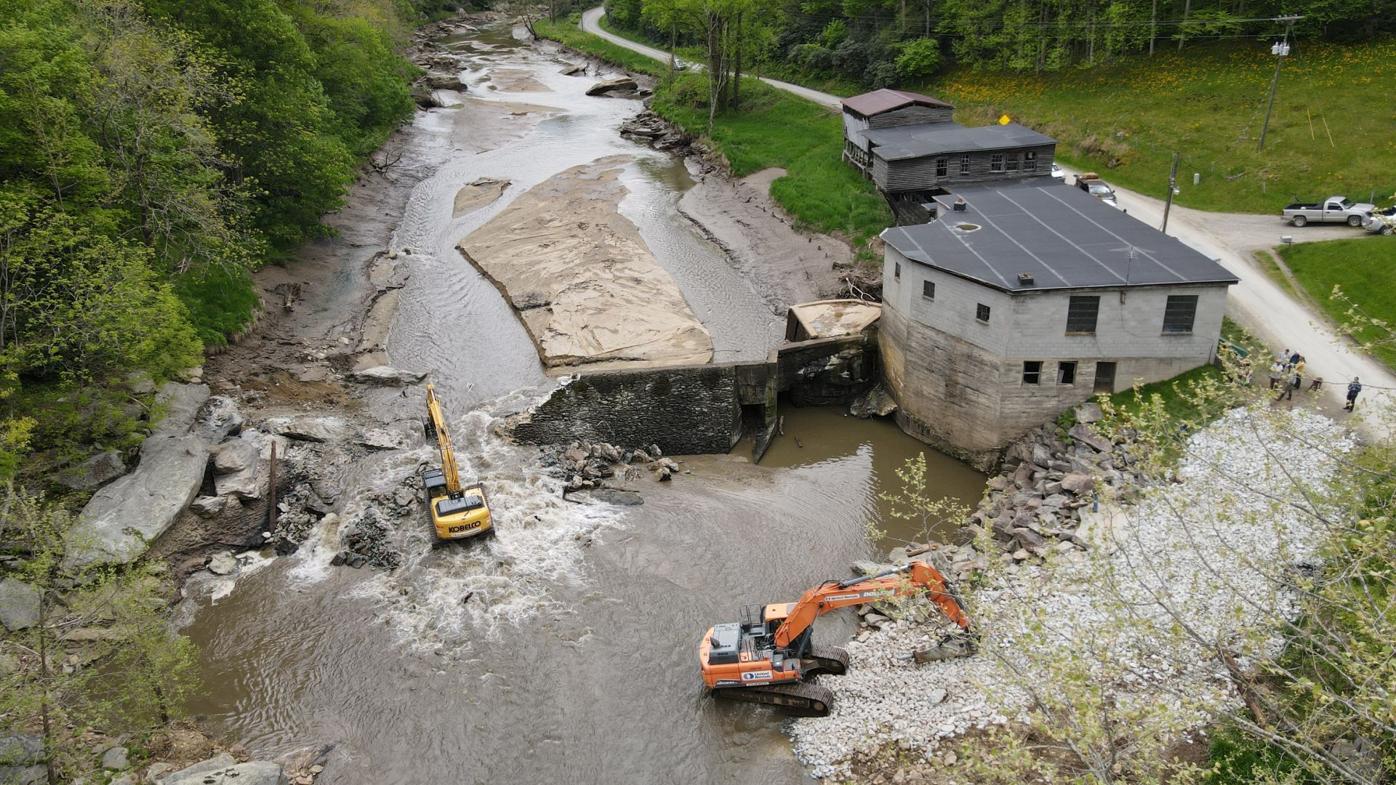 Crews removed the the Ward Mill Dam over five days, which reconnected 35 miles of aquatic habitat in the main stem of the Watauga River. 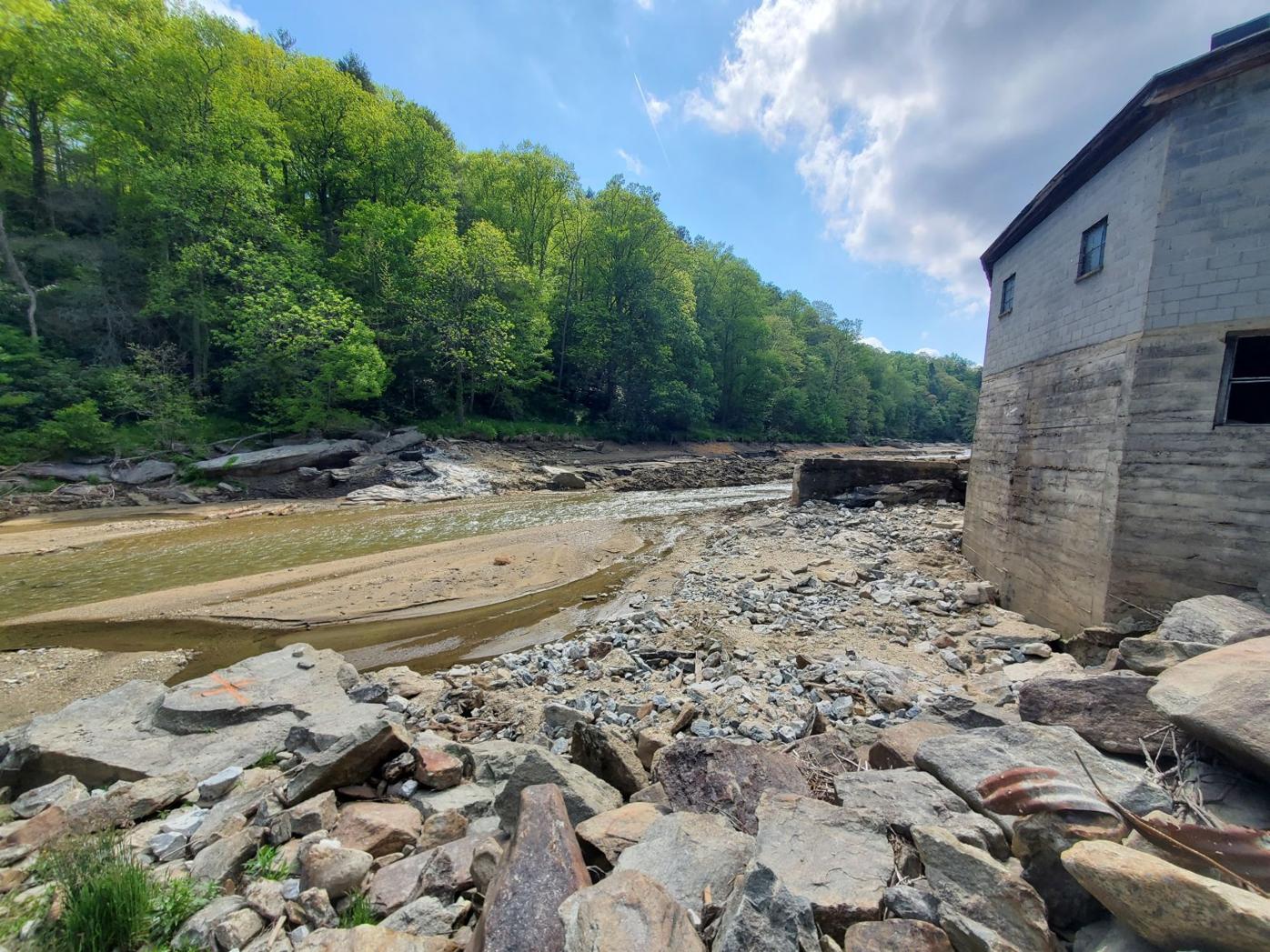 The historical buildings near the Ward Mill Dam were kept in tact with only the dam being removed.

The Ward Mill Dam was removed, which reconnected 35 miles of aquatic habitat in the main stem of the Watauga River

Crews removed the the Ward Mill Dam over five days, which reconnected 35 miles of aquatic habitat in the main stem of the Watauga River.

The historical buildings near the Ward Mill Dam were kept in tact with only the dam being removed.

BOONE — The Ward Mill Dam, just a few miles from Boone, has been removed in what the MountainTrue’s Watauga Riverkeeper Andy Hill calls a “huge win for local aquatic wildlife.”

The dam was removed on May 16 after five days of demolition.

The first dam was constructed at the location in 1890 and improved upon over the years. The mill complex served the community for generations providing electricity, jobs, firewood and building materials. The dam had also been an obstacle for local aquatic wildlife for the past 130 years, according to the Watauga Riverkeeper.

Now, native fish such as the tangerine darter and threatened salamanders like the hellbender will be reunited and benefit from a reconnected and improved cold-water aquatic habitat.

In 1986, Ray Ward received a license to generate hydroelectric power at the dam. In 2017 the Wards were approved another 30-year license for the dam, but the Wards surrendered the license shortly after it was issued in part because the labor required to maintain the complex was becoming more challenging as the couple got older, according to the North Carolina Department of Natural and Cultural Resources. With the surrender of the license, the dam had to be removed, according to requirements related to licensing for hydroelectric power dams.

The Ward Mill Dam Removal project — which has been talked about for years according to Hill — has been a partnership between American Rivers, Blue Ridge Resource Conservation and Development, MountainTrue, the Watauga County Soil and Water Conservation District and the U.S Fish and Wildlife Service. The dam removal was a high priority for experts and biologists and was ranked a top priority among projects by the Southeast Aquatic Resource Partnership and “tier one, priority one” by the North Carolina Aquatic Barrier Assessment Tool.

Hill is excited about the environmental benefits and the opportunity to connect the Watauga River Paddle to create more recreational opportunities.

While the instream dam structure has been completely removed down to bedrock to reconnect the watershed and allow for sediment transport downstream, the iconic sawmill, historic buildings and complex have been preserved in partnership with the State Historic Preservation Office.

“We are excited to see the long-term environmental benefits associated with removing the dam, but are also excited about preserving the rich history of the dam complex by documenting and saving the nearby historic buildings,” said Jonathan Hartsell of Blue Ridge Resource Conservation and Development. “This complex project has been successful from start to finish due to a well thought out game plan from the project management team, agency partners and, most importantly, the landowners.”

The complex project had to be done carefully due to the delicate biodiversity of the Watauga River and its streams, according to MountainTrue.

“Rivers are like a circulatory system, and thanks to this dam removal, American Rivers with our partners celebrate a free-flowing Watauga River, which is the lifeblood of a thriving community, healthy ecosystems and clean water for people and nature,” said Erin McCombs, a dam removal advocate and American Rivers Science program director and southeast conservation director.

Removing the Ward Mill Dam reconnects 35 miles of aquatic habitat in the main stem of the Watauga River and 140 miles of streams across the watershed.

Dams, though providing benefits in certain circumstances, can also significantly damage rivers. Dams increase water temperature, reduce river flows, reduce the amount of dissolved oxygen available to fish and other species, block the natural flow of sediment and debris, and serve as physical barriers for recreational users such as paddlers and anglers, as well as aquatic wildlife such as fish and amphibians. Additionally, most dams require maintenance and many require removal or rebuilding after 50 years, according to MountainTrue.

More information on the Ward Mill Dam can be found at files.nc.gov/ncdcr/historic-preservation-office/PDFs/ER_20-0338.pdf.