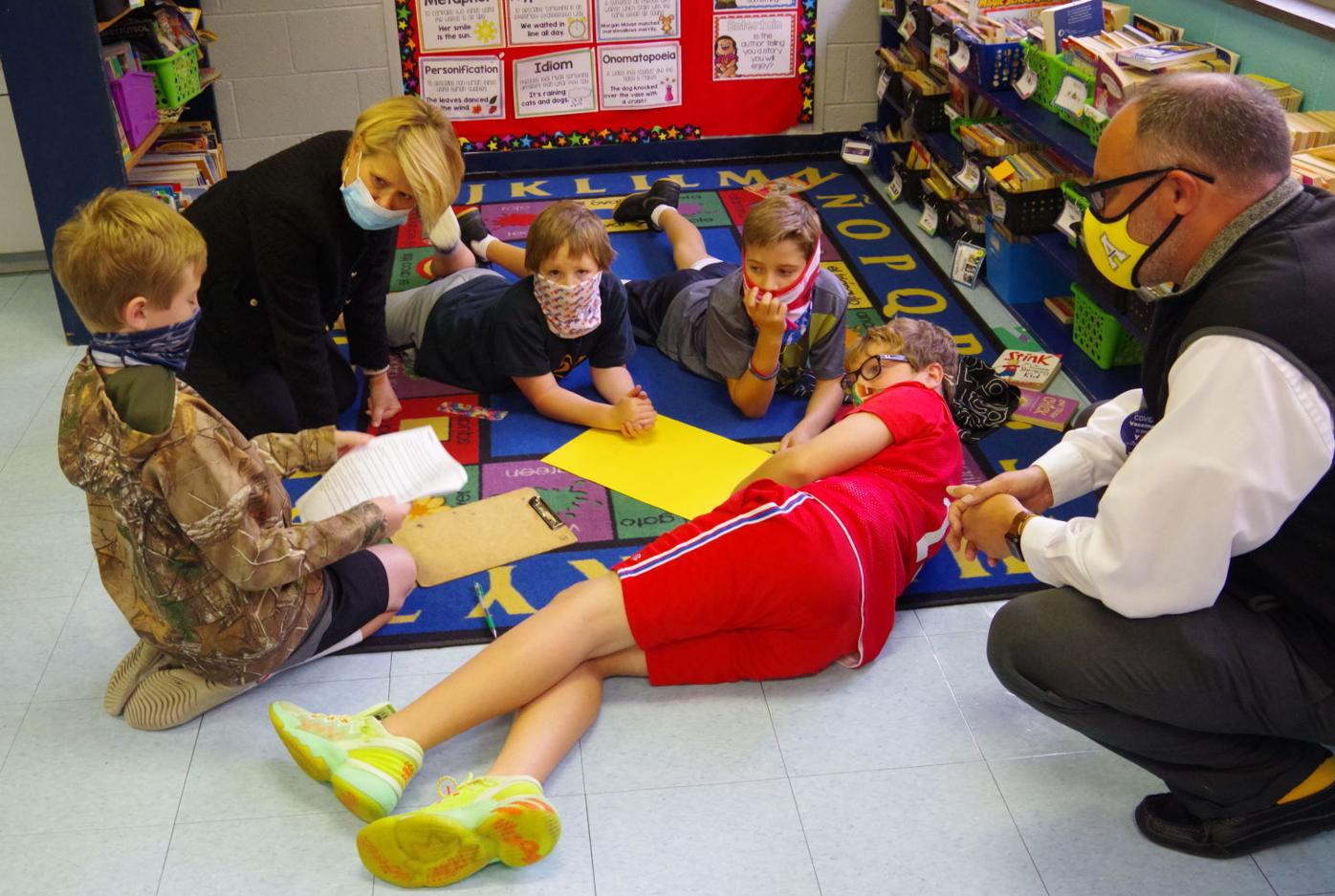 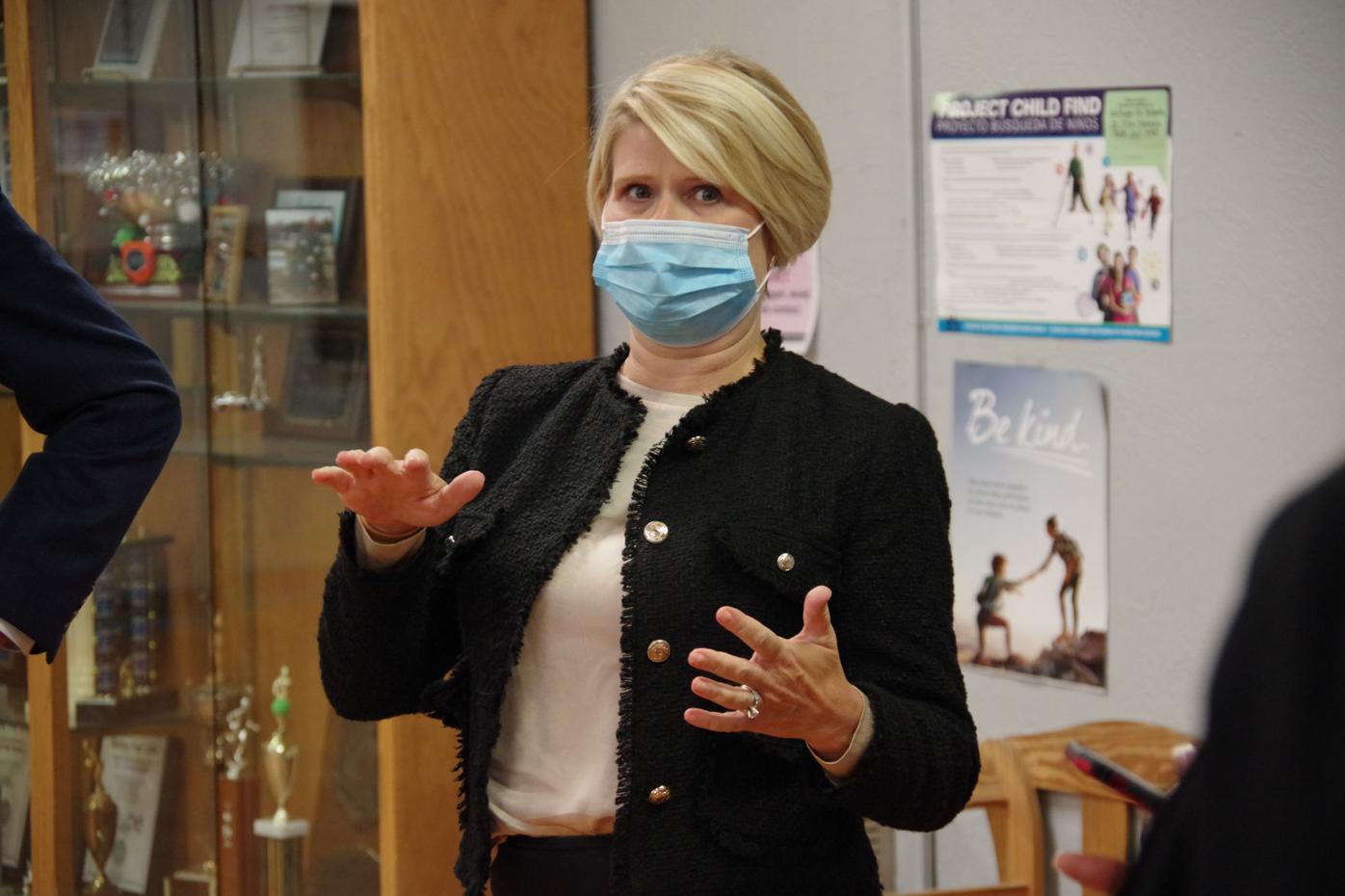 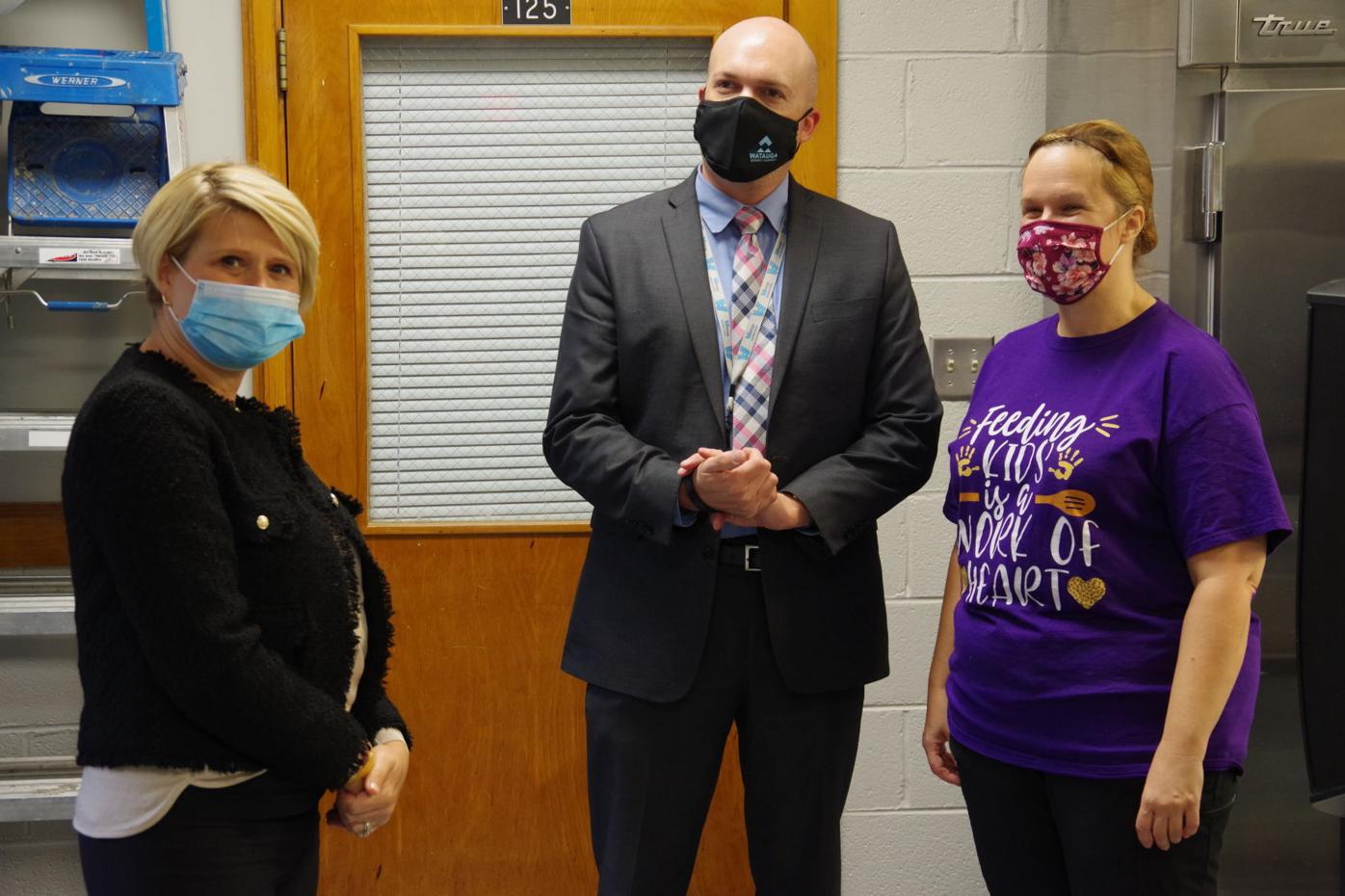 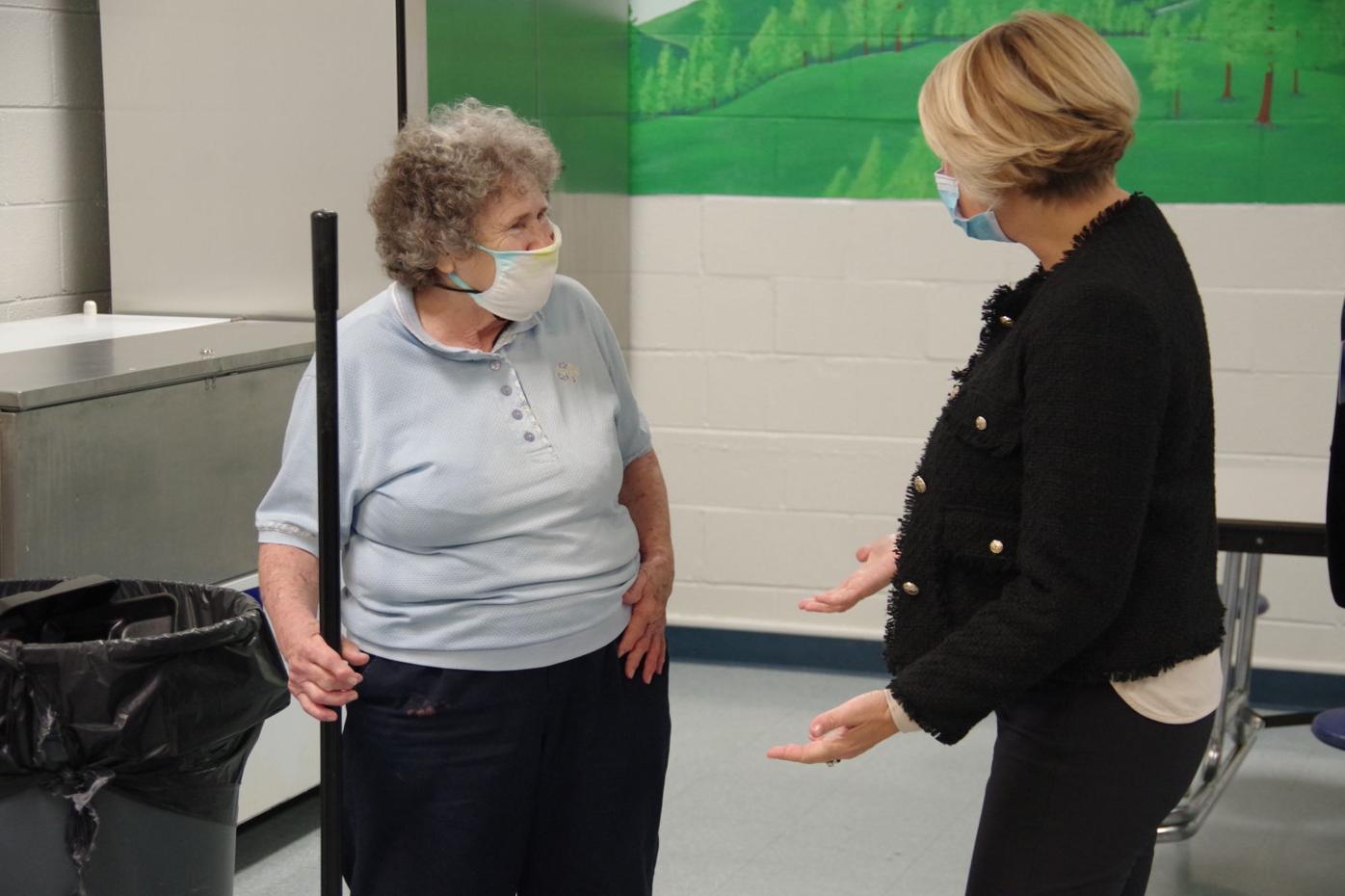 State Superintendent of Public Instruction Catherine Truitt speaks with Dorcas Hodges who graduated from Bethel in the late 1950s and has worked at the school for the past 24 years.

State Superintendent of Public Instruction Catherine Truitt speaks with Dorcas Hodges who graduated from Bethel in the late 1950s and has worked at the school for the past 24 years.

WATAUGA — In an effort to show what Watauga County Schools was all about, State Superintendent of Public Instruction Catherine Truitt visited the school system on Sept. 23 after an invitation from WCS Superintendent Scott Elliott.

Elliott said he had reached out to Truitt when she was first elected to office and invited her to come for a visit to get to know the school system. The visit was coordinated in conjunction with a town hall event sponsored by the Appalchian Educators, which is a club for App State students who are majoring in education fields.

Elliott said he always tells Truitt about the great things happening at WCS, but he wanted her to see it for herself.

“Watauga is a very unique community and school system, but sometimes people have to come see it for themselves to really get it and appreciate it,” Elliott said. “I wanted her to see the geographic and economic diversity in our community and the importance of having as much local flexibility as possible to meet the needs of all our students and families.”

On Sept. 23, Truitt, along with members of her staff, toured Bethel School. At the school, she heard from principal Brian Bettis, toured the school and visited a classroom to see what Bethel — which prides itself in community — was all about.

She said that people from the community, who had no children going to the school, would be attending the volleyball match later that day spoke volumes. She said it was incredible that retired teachers came back to become substitutes when it was needed.

“It was very helpful to Superintendent Truitt and her staff to see the work of our teachers and staff members first hand and to see the level of dedication and professionalism we have here in our schools,” Elliott said. “She was able to see how the school system serves as a hub of meeting many essential needs for our community.”

Bettis said it was great for Truitt to see Bethel and for her to learn more about the community school vision of Bethel.

That community aspect was shown when she got to meet and spend time with Dorcas Hodges, a janitor at Bethel who graduated from Bethel in the late 1950s. She has worked at the school for 24 and has had grandchildren pass through the school who now attend Watauga High School.

“It speaks to the power of small communities and this is why we get out of Raleigh, to see this in action,” Truitt said. “Just to know that someone has been a part of this community that will continue to thrive and go on after she’s gone is just incredible. That was very special.”

She also said that it was incredible to her that the school had put itself in the middle of the community and was also helping to feed the community with food lockers.

Bethel has food lockers outside the school where community members in need can sign up to receive meals. The lockers are able to keep food warm or cold based on the need. She also saw the food pantry at Watauga High School during her visit.

“Seeing the new food lockers at Bethel and pantry at Watauga High School, as well as learning what it has taken for us to establish a Pre-K program in every K-8 school, showed the state leaders what is possible when schools and communities truly work together for the good of the community,” Elliott said.

After the tour at Bethel, Truitt visited with students and teachers in the Watauga Virtual Academy and then spoke with WCS head nurse Shelly Klutz to better understand the health and safety protocols WCS has in place related to COVID-19.

“She was especially impressed with the contact tracing and data analysis system we developed in-house to help reduce quarantines and prevent the spread of COVID-19 at school,” Elliott said. “She noted that the relationship and collaboration we have in place with AppHealthCare is unique and should be replicated across the state.”

During her visit, Truitt also met with WCS Teacher of the Year Erin Ellington.