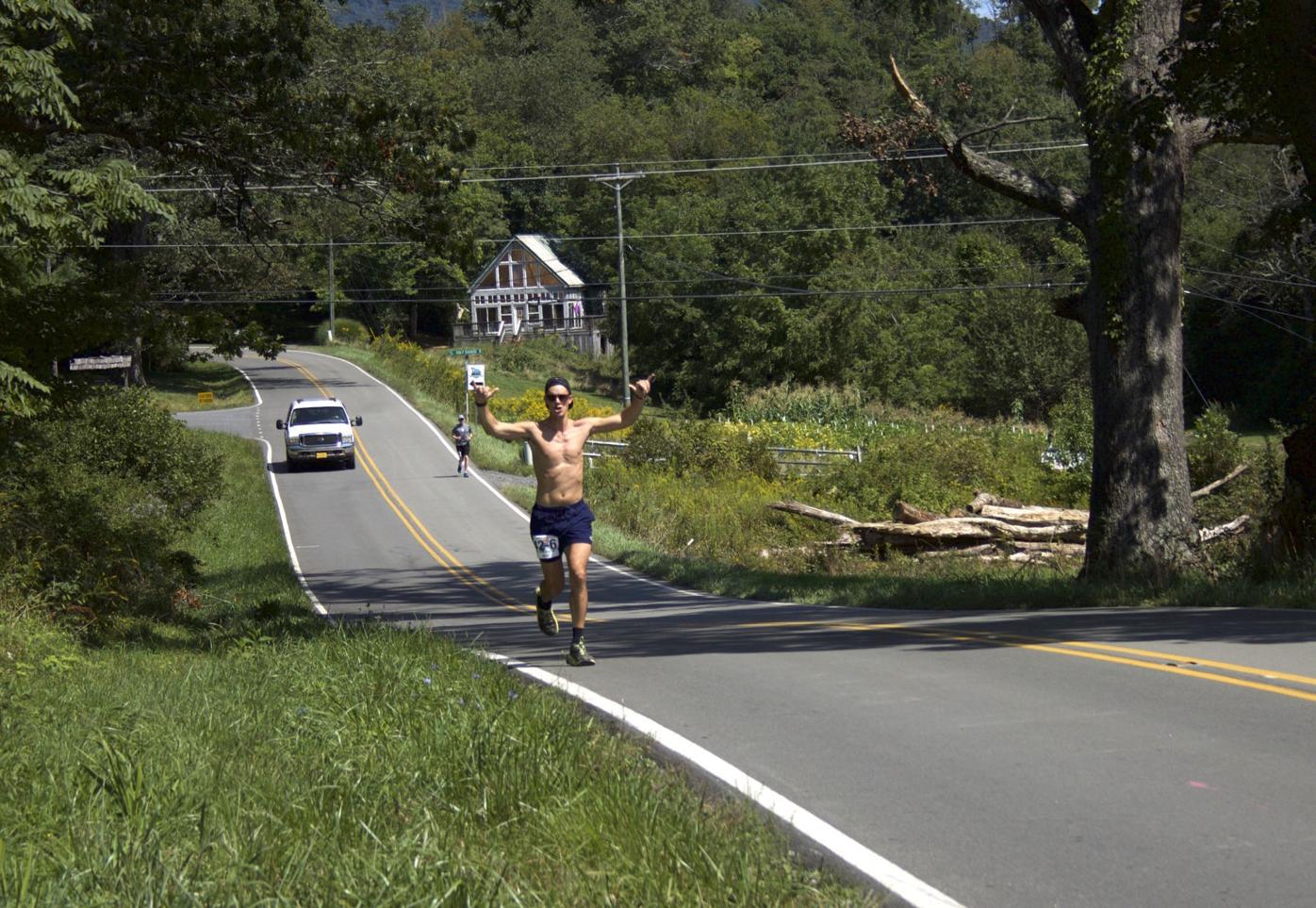 A runner in the 2021 Blue Ridge Relay makes his way up Beaver Creek School Road on the afternoon of Sept. 10. 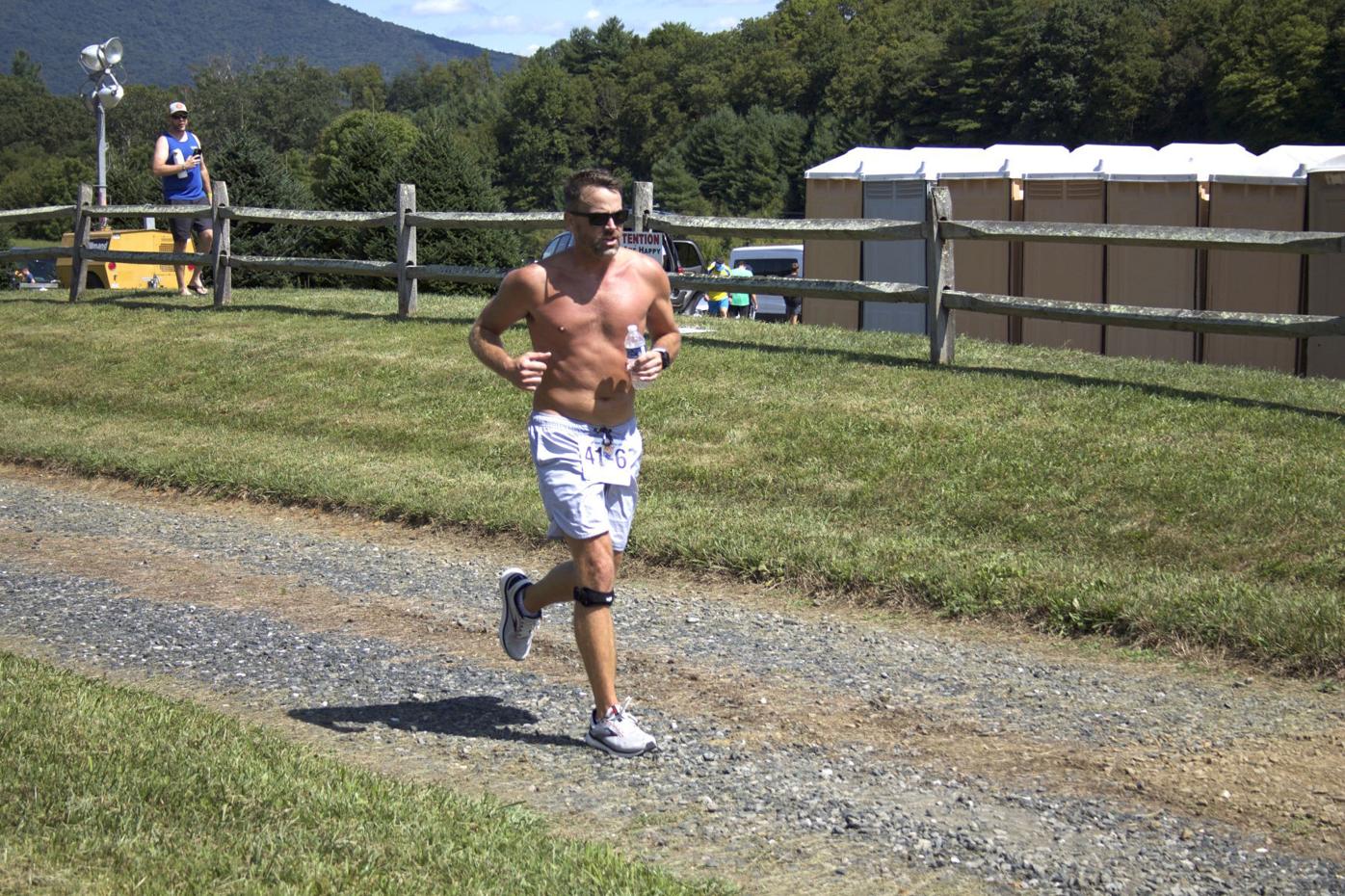 John Lacey of Roswell, Ga., makes his way to a relay point during the Blue Ridge Relay. 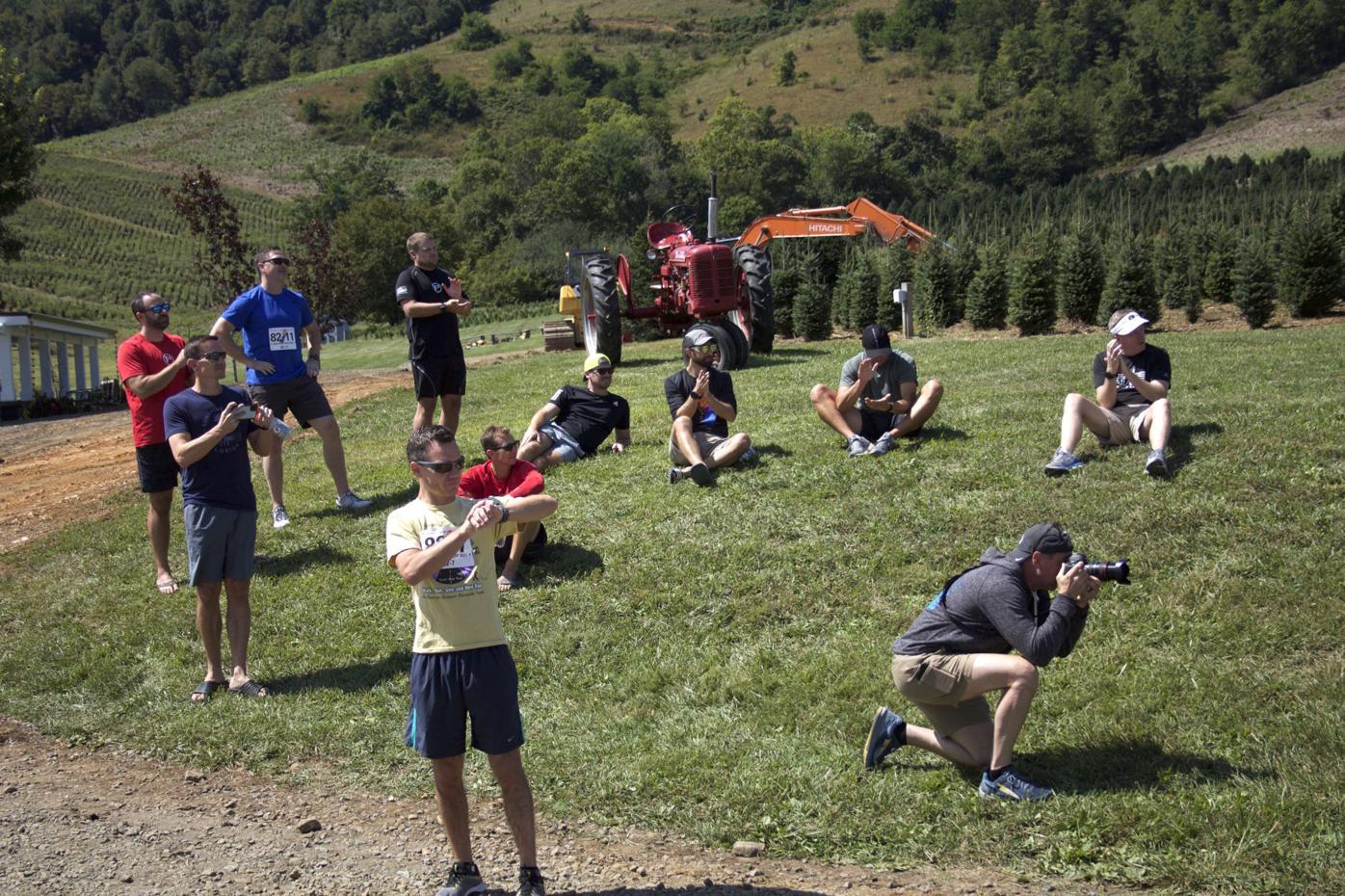 A group of runners cheer on their teammates as they near a checkpoint during the Blue Ridge Relay. 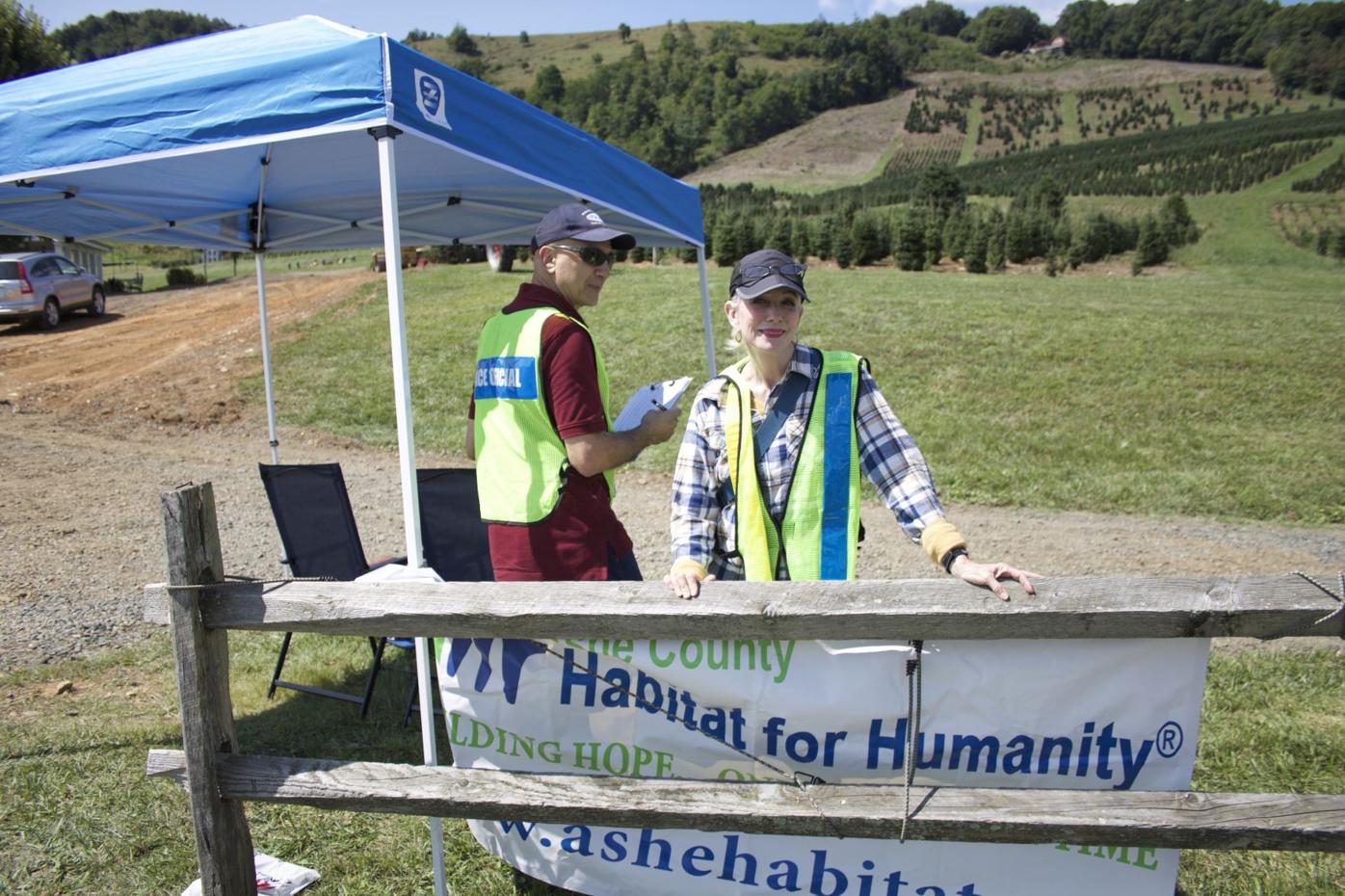 Volunteers Edie Gilmore and Sam Pelligra from the Ashe County Habitat for Humanity man a tent during the Blue Ridge Relay on Sept. 10. 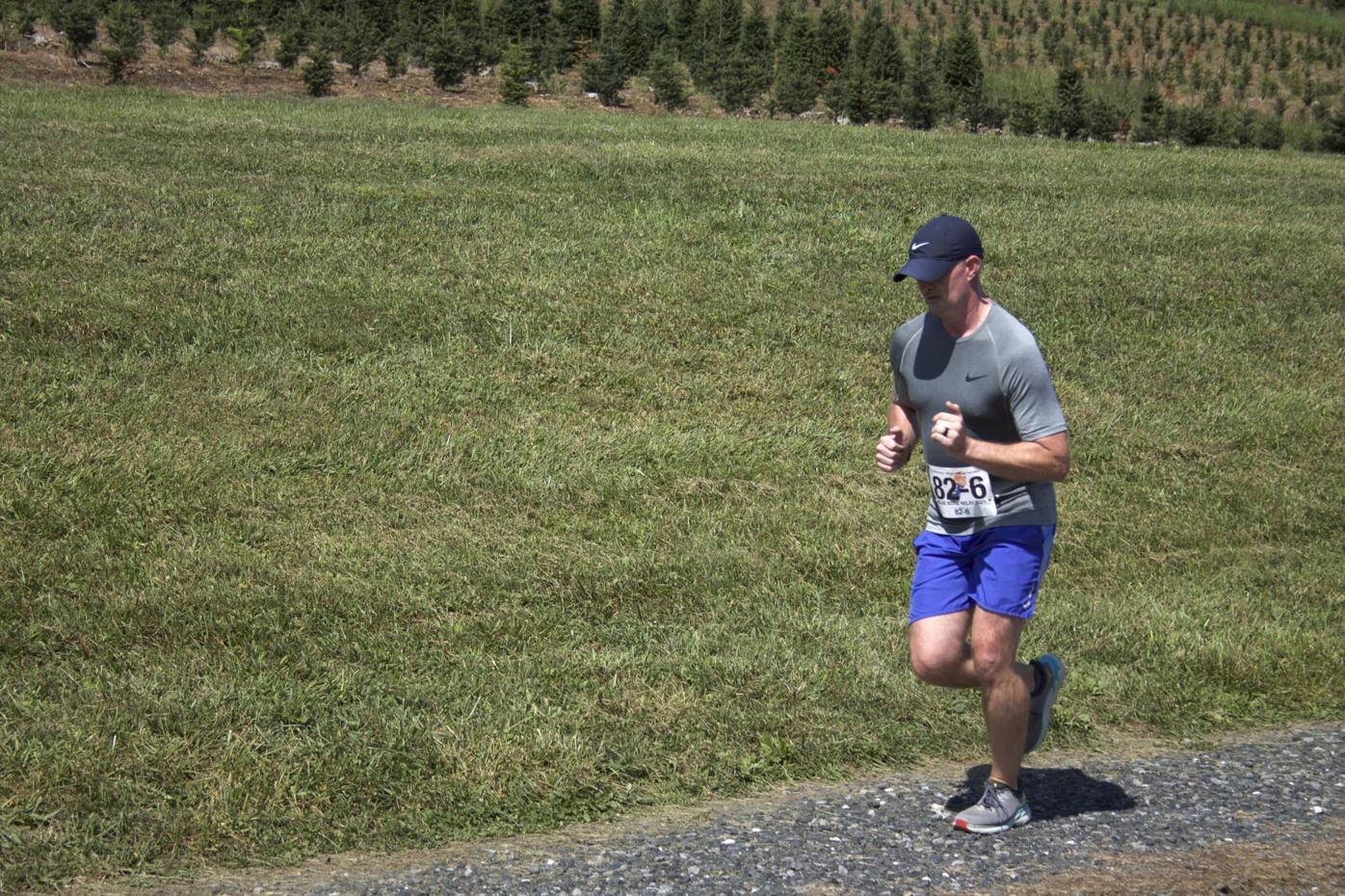 First-time race participant Jay Mooney makes his way towards a checkpoint during the Blue Ridge Relay on Sept. 10. 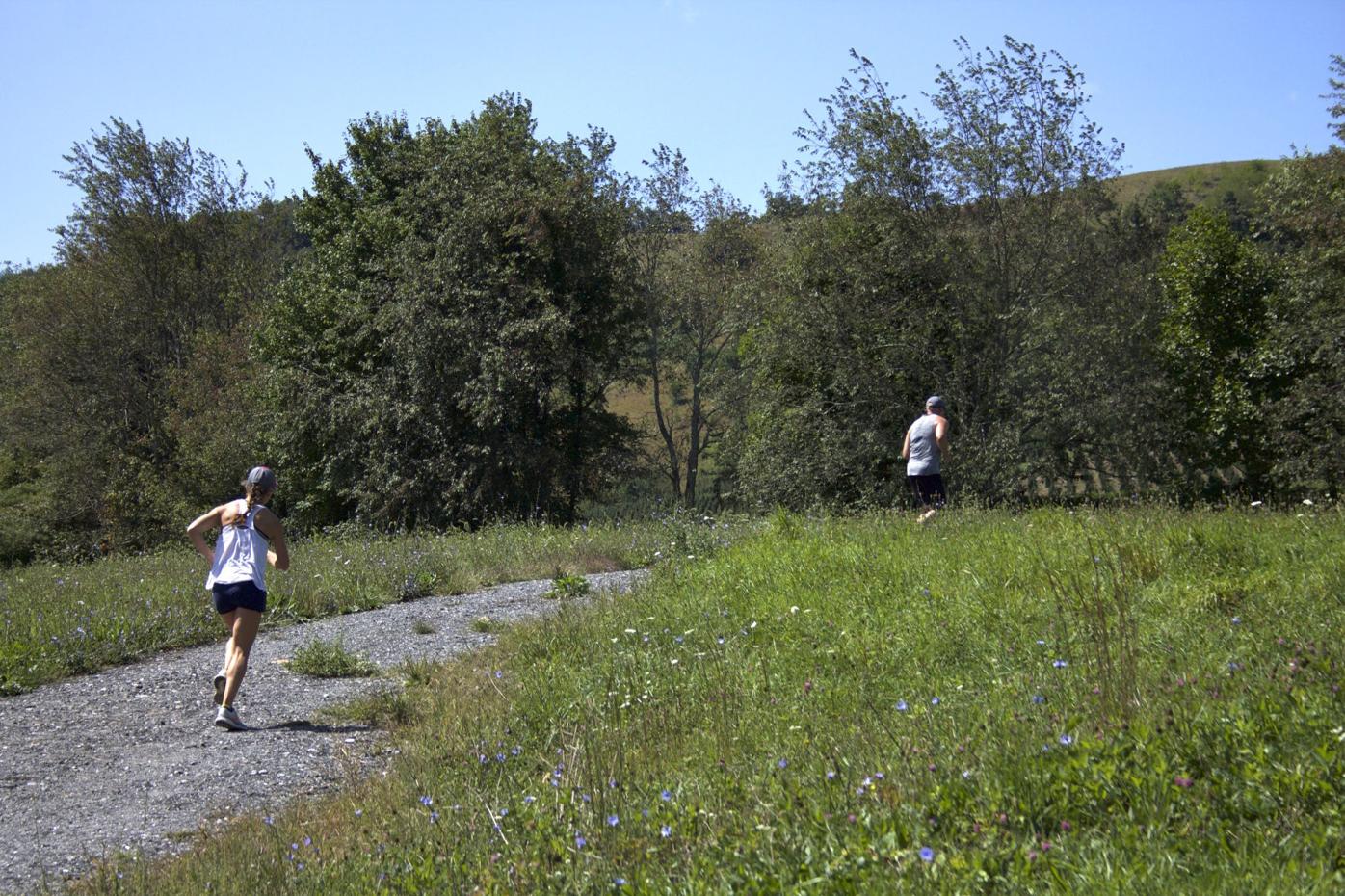 A runner in the 2021 Blue Ridge Relay makes his way up Beaver Creek School Road on the afternoon of Sept. 10.

John Lacey of Roswell, Ga., makes his way to a relay point during the Blue Ridge Relay.

A group of runners cheer on their teammates as they near a checkpoint during the Blue Ridge Relay.

Volunteers Edie Gilmore and Sam Pelligra from the Ashe County Habitat for Humanity man a tent during the Blue Ridge Relay on Sept. 10.

First-time race participant Jay Mooney makes his way towards a checkpoint during the Blue Ridge Relay on Sept. 10.

HIGH COUNTRY — Bands of runners passed through the High Country on their way south from the Grayson Highlands of Virginia to the streets of Asheville on the weekend of Sept. 10-11, as they competed in the 2021 Blue Ridge Relay.

The race began in 2003 as a means to showcase the natural beauty of the Blue Ridge Mountains. Each year since, van loads of runners in teams of anywhere between four and 12 people join together to make the long trek. A 208 mile journey from start to finish, the grueling race is a test of endurance for even the most seasoned runners.

“It’s hard, the views, everything, it’s just amazing. It’s the camaraderie, all the teams out here,” said second time relay participant John Lacey of Roswell, Georgia on why he attends the relay. “Ashe County was tough. Ashe County was very hilly, beautiful place though. I really enjoyed it, I wouldn’t pick any other place to run through.”

Throughout the course of the race, teammates take turns running through 36 transition areas, including towns such as Jefferson, West Jefferson, Todd, Boone, Blowing Rock, Linville and Newland before ending in Asheville. While many of the Blue Ridge Relay’s participants are event veterans, others found themselves running the race for the first time.

“I’m with an organization called F3 — fitness, fellowship and faith, it’s a national organization from the metro Atlanta area. So, we had a group that came up. For a lot of us it’s our first time doing it, myself included, with some veterans and I kind of got lumped in with them and it’s been a great experience,” said first-time race participant Jay Mooney. “It was beautiful, the people were nice. The hills were a challenge, but I got through. I’m just glad to be here with the guys and having fun, sweating together and pushing ourselves. It’s been a great experience and while it was tough I’m glad to have the ability to be able to do it.”

Working diligently behind the scenes, local organizations such as the Ashe County Habitat for Humanity lent their services to the relay by keeping track of times at relay points, parking cars and pointing runners in the right direction.

“I do it because I love my community and I want to support all of its efforts,” said Donna Weaver, a board member and volunteer for Ashe Habitat for Humanity. “Habitat is a major support system in our community for housing that is affordable for people and we’re proud of that.”

As runners made their way to various waypoints across the High County, they would be met by their teammates cheering them on. After making the transition from one runner to the next, the participants would then load up in vans which served as their makeshift homes for the weekend and ferry themselves to the next checkpoint.

This year, the Bull City Masters, a team out of Durham, North Carolina took home first place in the relay. Being a team in the masters category, the Bull City Masters was comprised out runners all aged 40 years or older. The second place team, the Knoxville Track Club, was also a masters team.