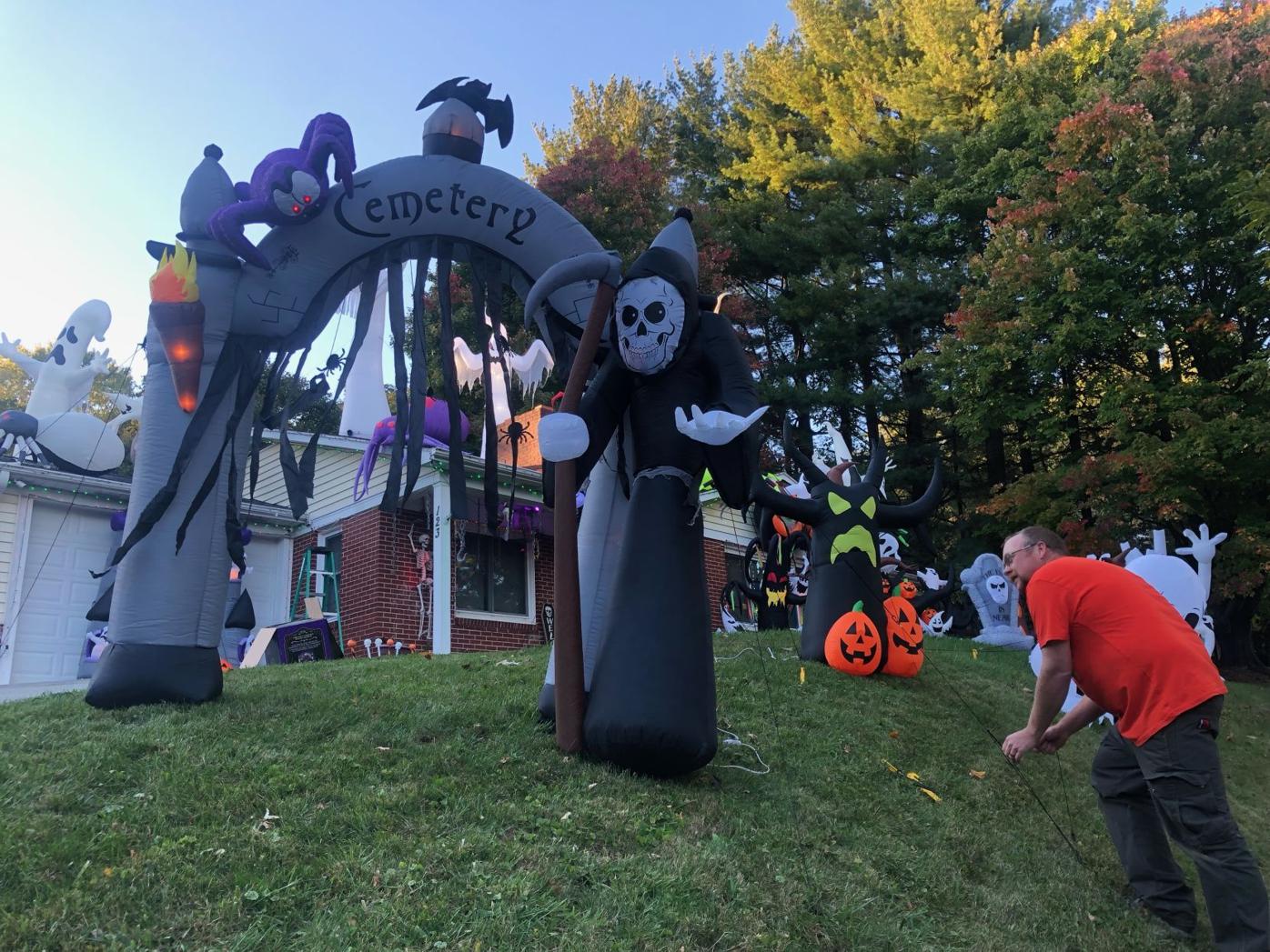 Travis Spencer sets up Halloween decorations outside his house in preparation for the spooky holiday. He said the wind is his greatest enemy as it tends to move the decorations around. 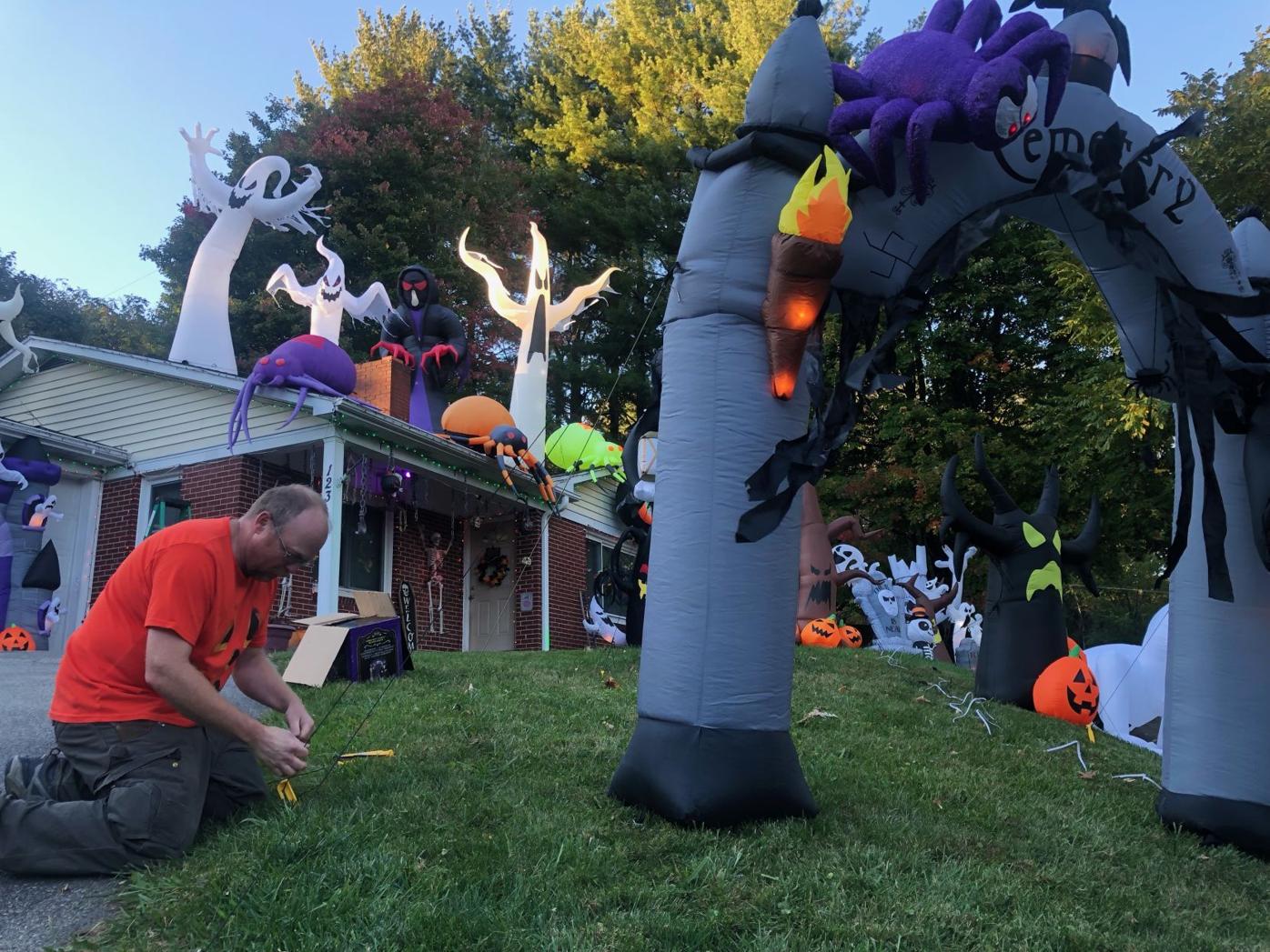 Travis Spencer sets up Halloween decorations outside his house in preparation for the spooky holiday. 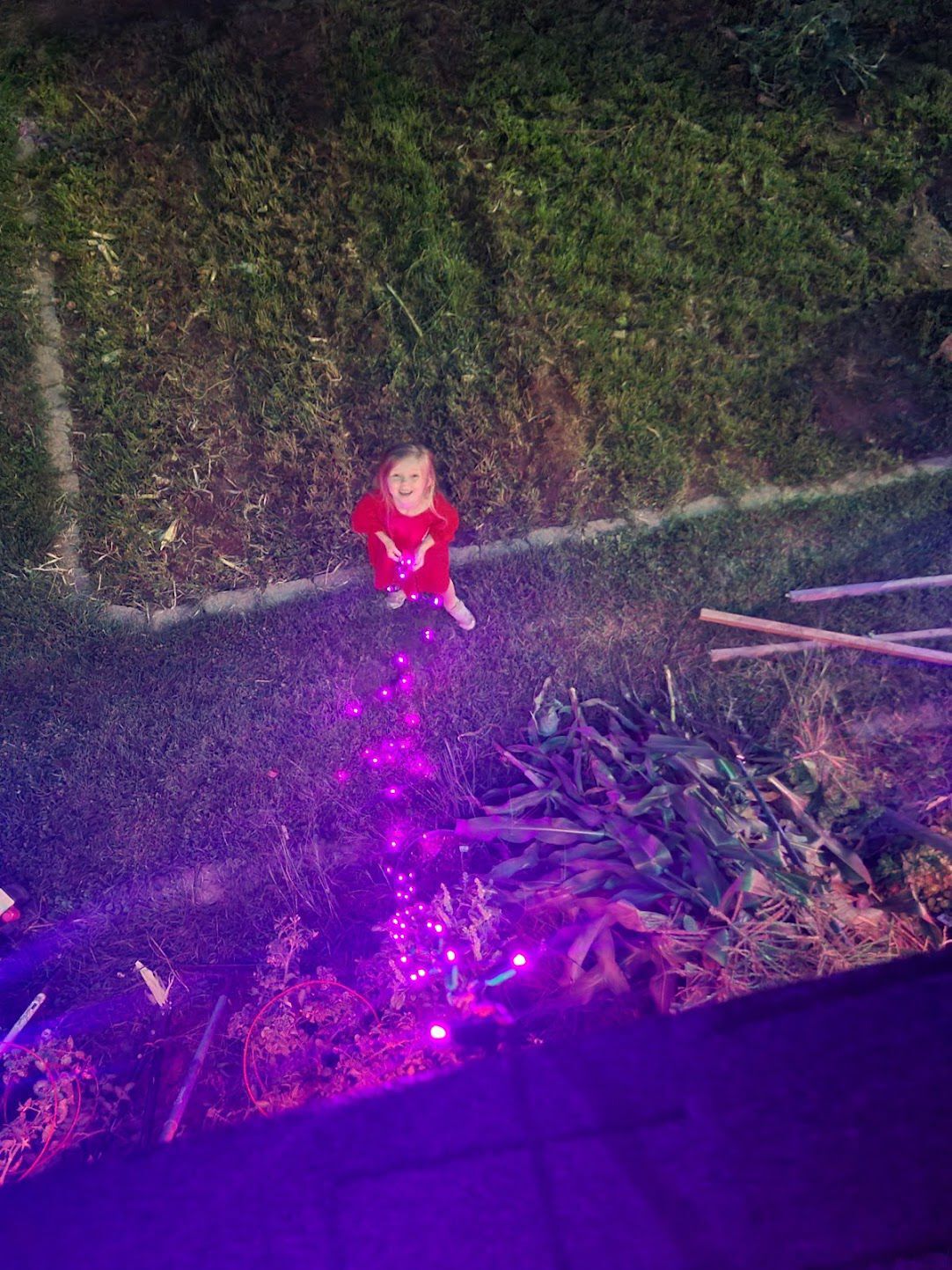 Travis Spencer sets up Halloween decorations outside his house in preparation for the spooky holiday. He said the wind is his greatest enemy as it tends to move the decorations around.

Travis Spencer sets up Halloween decorations outside his house in preparation for the spooky holiday.

BOONE — During the Halloween season, students at Hardin Park are treated with an extra spooky sight: the house right across the street.

The house, owned by Boone Fire Department Battalion Chief Travis Spencer and his wife, Anna, is covered with inflatables and fun Halloween-themed decorations just in time for the spooky holiday.

Spencer first started decorating in his old apartment in the early 2000s.

“I grew up over in Ashe and we always decorated for Halloween,” Spencer said. “It kind of caught me off guard and not many people were decorating in Boone, so I started doing a little bit here and there. I just got more and more, and when I finally bought a house, I was like, ‘Well, I’m in the perfect spot because I’m right across from the elementary school.’”

At the house, located on Perry Street in Boone, Spencer and his wife started putting more and more up every year.

“The kids love it,” Spencer said as a parent drove by and stopped so her young child could admire all the Halloween decorations. “I do it for that. Now I’ve got kids, so I do it for them, too. They take a tour of it every night when they get home.”

His daughter Abigail has helped him decorate the house ever since she was 3 years old. Now his daughter goes to Hardin Park and the kids will clap and cheer for him on the playground as he sets up the decorations. He says he hears “Thank you, Abby’s dad” when they are outside playing.

“I love the holidays and this is one of my favorite ones,” Spencer said. “Living across from the school and seeing the kids cheer up and stuff like that, it makes me happy. That’s the main reason I do it — for them.”

He said his twin boys, Connor and Wyatt, will start helping him next year. He said he was also “lucky enough” to marry his wife, who is also passionate about Halloween. The love has also been passed down to his daughter, who has saved up allowance money to buy trick-or-treat candies to share with the community.

In 2019, Spencer said he had about 200 trick-or-treaters stop by. One of his neighbors said he “created a monster,” as more and more community members stop by each year with their kids.

Even though it’s still Halloween, Spencer also decorates for other holidays like Thanksgiving and Easter as well. He said his house was known as the Halloween house for years, but now it’s more known as the “holiday house.”