Erynn Marshall and Carl Jones will play at the Jones House this fall on Sunday, Nov. 21. 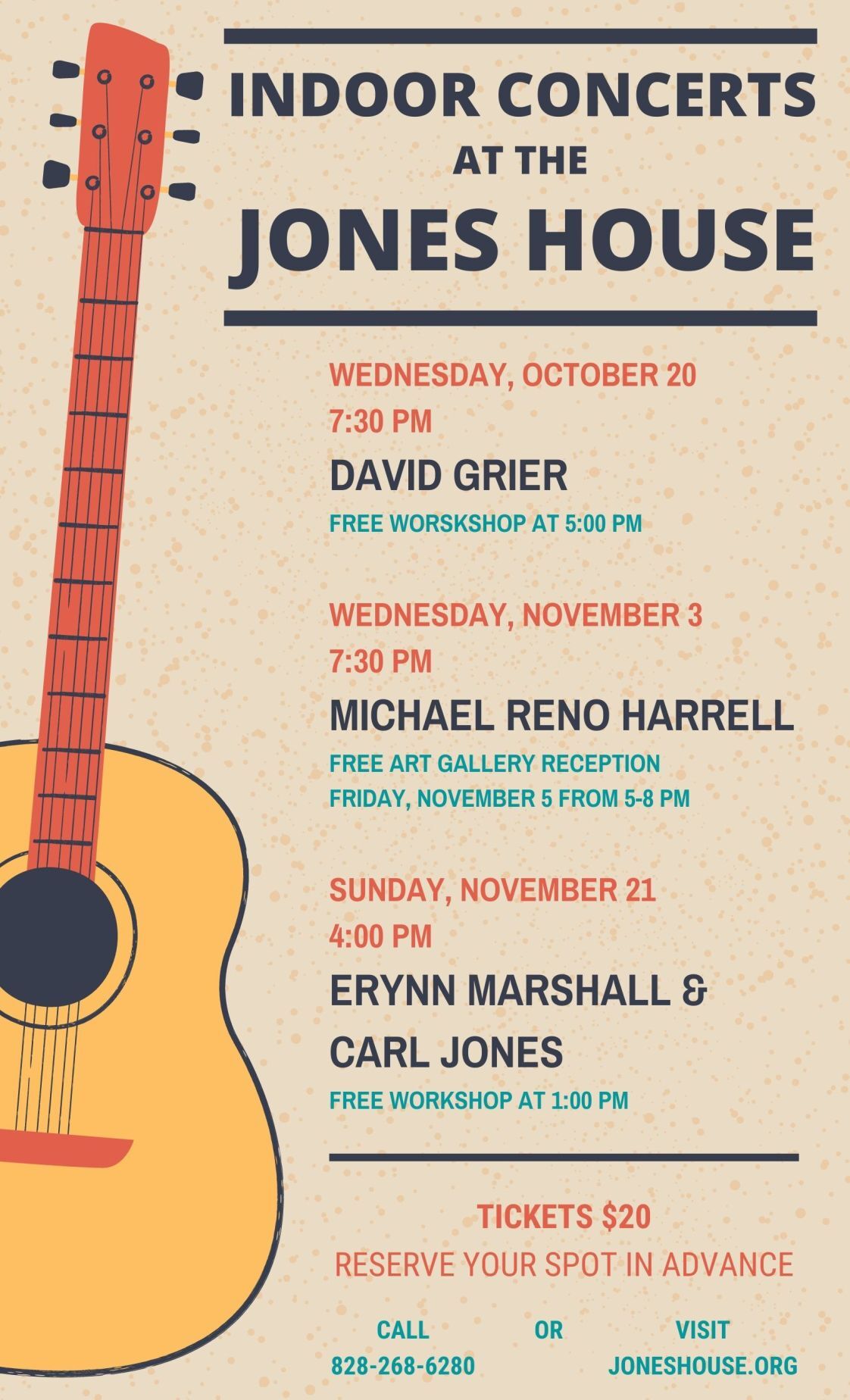 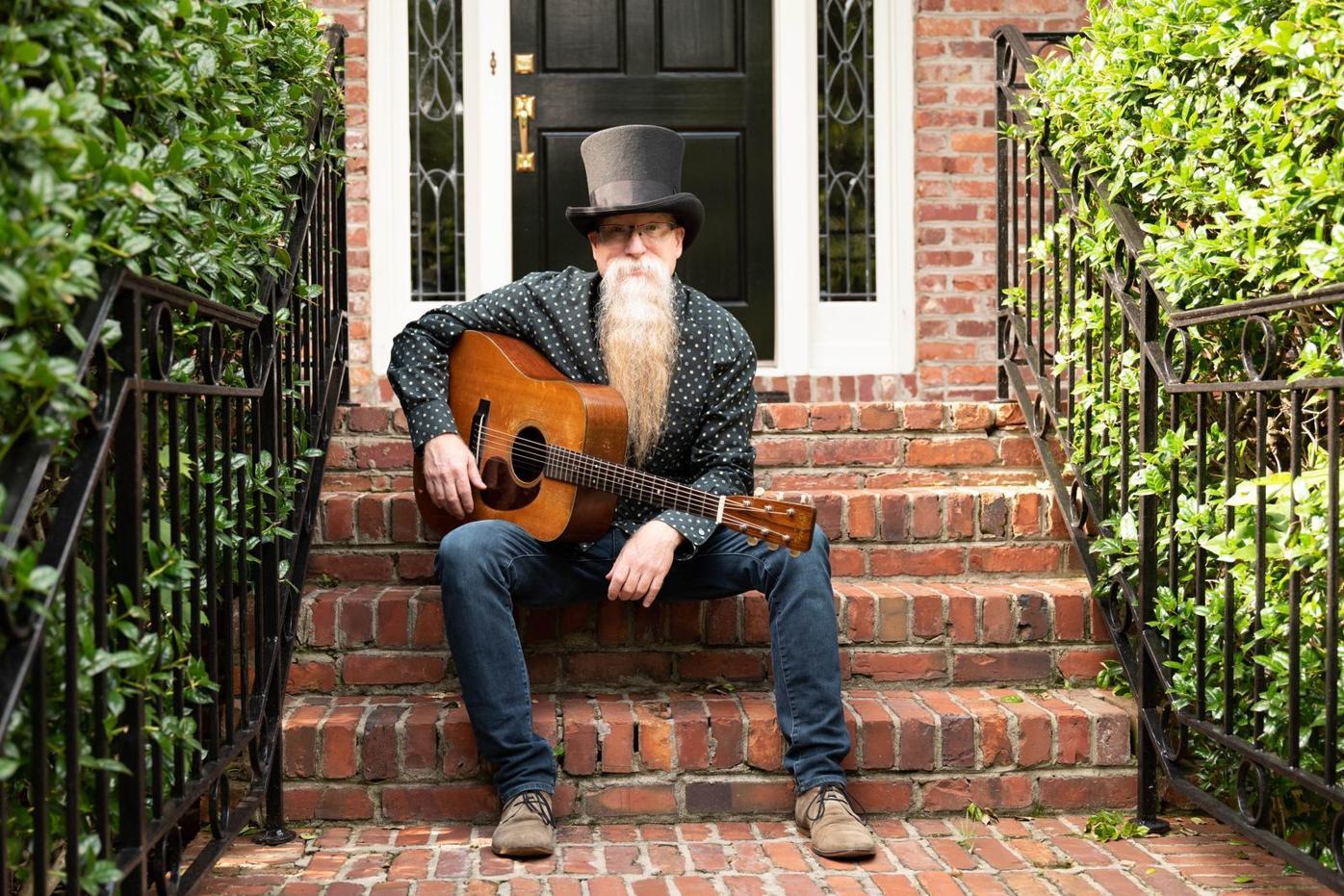 Guitarist David Grier kicks off the fall indoor series at the Jones House on Oct. 20. 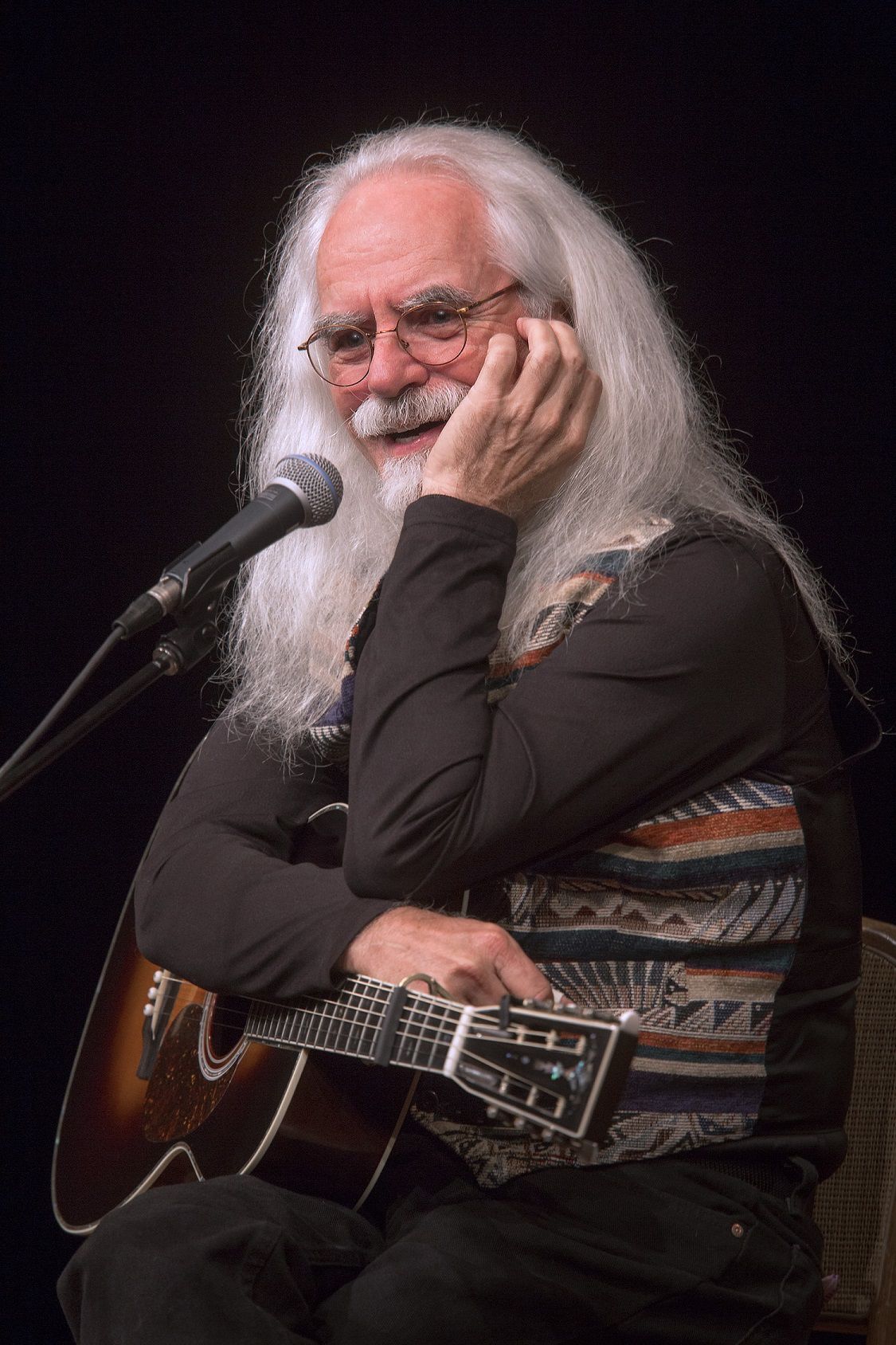 Erynn Marshall and Carl Jones will play at the Jones House this fall on Sunday, Nov. 21.

Guitarist David Grier kicks off the fall indoor series at the Jones House on Oct. 20.

BOONE — With fall officially arriving, the Jones House has announced the return of its popular Indoor Concert Series; beginning in October.

Indoor Concerts are held inside the Mazie Jones Gallery and showcase musicians from a variety of genres, styles and backgrounds. Past performances have included folk, jazz, blues and even Irish and Cajun music. But traditional bluegrass and old-time string music is the bread and butter of the Jones House, and these concerts will feature some of the best pickers, fiddlers and musical storytellers our region has to offer.

“We’ve been looking forward to resuming our indoor concerts,” said town of Boone Cultural Resources Coordinator Brandon Holder. “There’s no other venue quite like this in the High Country. These concerts provide intimate listening-room style performances where musicians and audiences can interact and engage one another in a way that’s not possible at most other venues.”

Kicking off the series is legendary flatpick guitarist David Grier, with a performance on Wednesday, Oct. 20 at 7:30 p.m. This concert will be preceded by a free guitar workshop at 5 p.m. A three-time award winner of IBMA Guitar Player of the Year, Grier has been at the forefront of the bluegrass music scene for more than three decades. While traditional acoustic guitar remains the main staple of his repertoire, Grier continues to release new material that pushes the boundaries of contemporary music. His latest album Ways of the World features twelve original compositions, including a number of songs that showcase Grier as a vocalist.

Singer, songwriter, storyteller and visual artist Michael Reno Harrell will visit the Jones House on Wednesday, Nov. 3 at 7:30 p.m. for an indoor concert to accompany the opening of his November art exhibition in the Mazie Jones Gallery. A tried and true Southern Appalachian mountaineer, Harrell writes songs and creates music that audiences connect with at a soul-level. In the course of his career, Harrell has toured across the U.S. and Europe, performed at some of the most well-known venues, and continually garnered awards and recognitions. But it is his passion for his craft and his ability to capture the human experience that keeps people coming back for more. The public is also invited to join Michael Reno Harrell for a free gallery reception on Friday, Nov. 5 from 5-8 p.m. as a part of Downtown Boone’s First Friday Art Crawl.

Fans of old-time music will not want to miss Erynn Marshall and Carl Jones, who will play at the Jones House this fall on Sunday, Nov. 21 at 4 p.m. This concert will be paired with a free fiddle and mandolin workshop at 1 p.m. A couple who calls the Blue Ridge Mountains of Southwest Virginia home, Marshall and Jones have amassed numerous awards for their fiddle playing and fingerpick guitar, respectively. Married in life and in music, they are known for their graceful arrangements, their impactful songwriting, and their on-stage repartee and charisma. Audiences will come for the traditional tunes on the fiddle, guitar, banjo, and mandolin; they will leave with the warm fuzzies of a true downhome Southern experience.

“We can’t think of three better acts that we could have for our Indoor Concerts at the Jones House this fall,” Holder said. “I think local audiences will really appreciate the level of musicianship and artistry that these musicians bring to the stage.”

“Stay on the lookout for more indoor concerts, virtual sing-alongs, and other live music events at the Jones House over the next several months,” Holder added.

For this fall, to allow for more spacing, only 35 seats will be available for each concert. Face coverings are required for all concert guests. Tickets are $20 per seat and sold on a first-come, first-served basis, so pre- reservation is recommended. Workshops are free to the public, but spaces are limited and advanced registration is required.

To register for a workshop or to pre-reserve your ticket, call Brandon Holder at (828) 268-6280 or email brandon.holder@townofboone.net. Indoor Concerts at the Jones House are presented by the town of Boone.