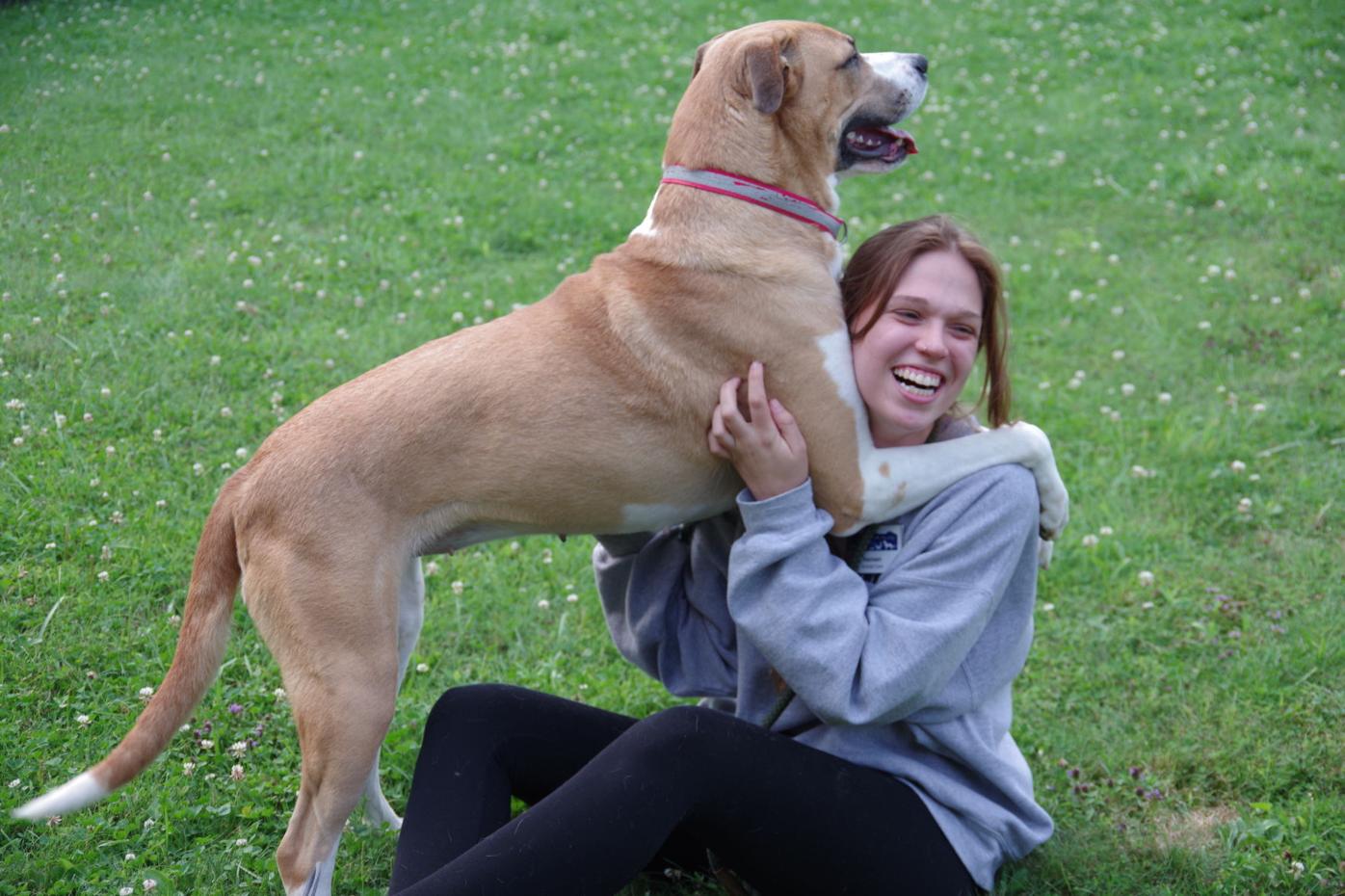 Aria gives Hansen Dendinger a hug while playing outside. 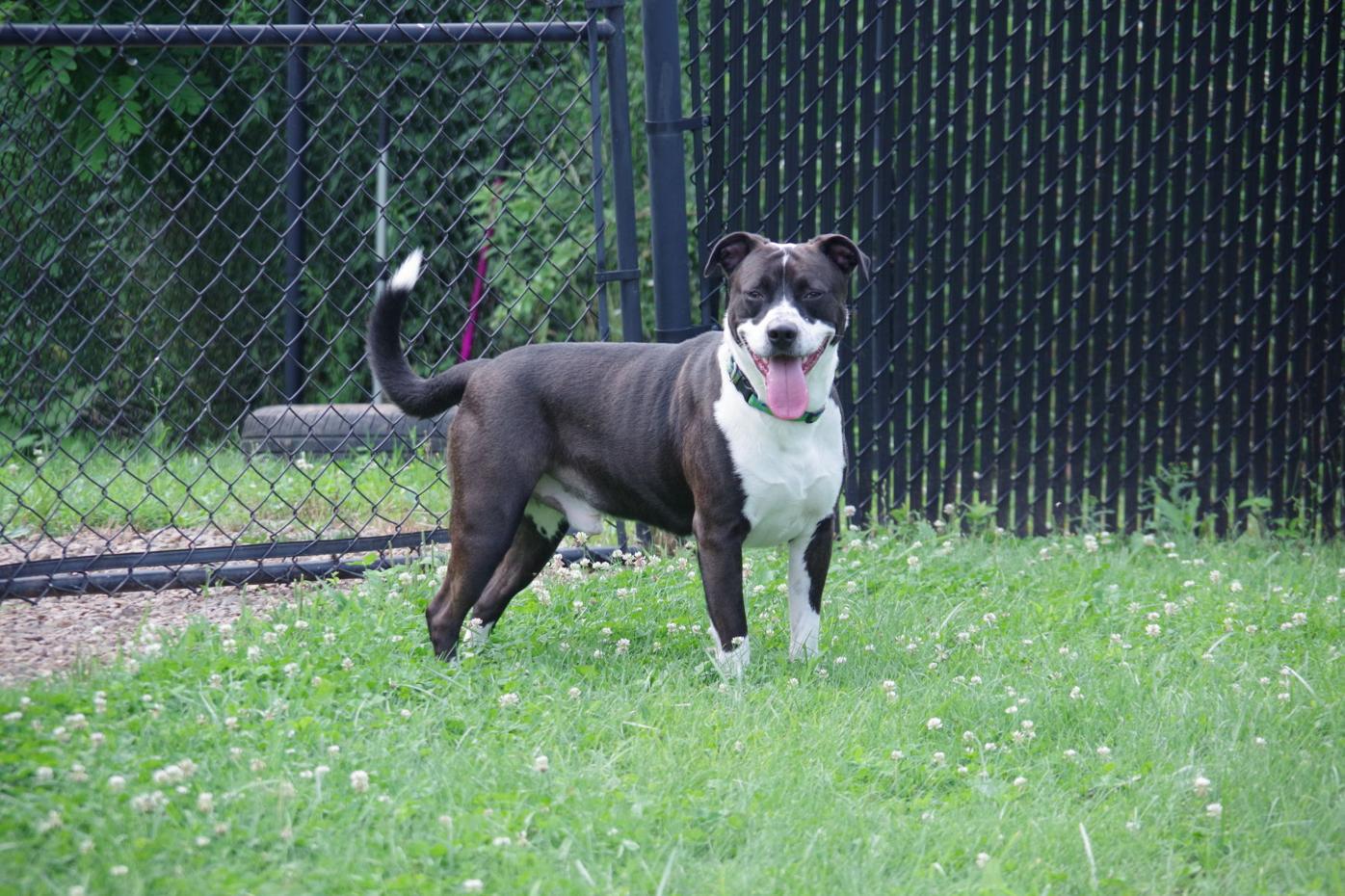 Petey is a two-year-old mixed breed who has been in the shelter for 115 total days. 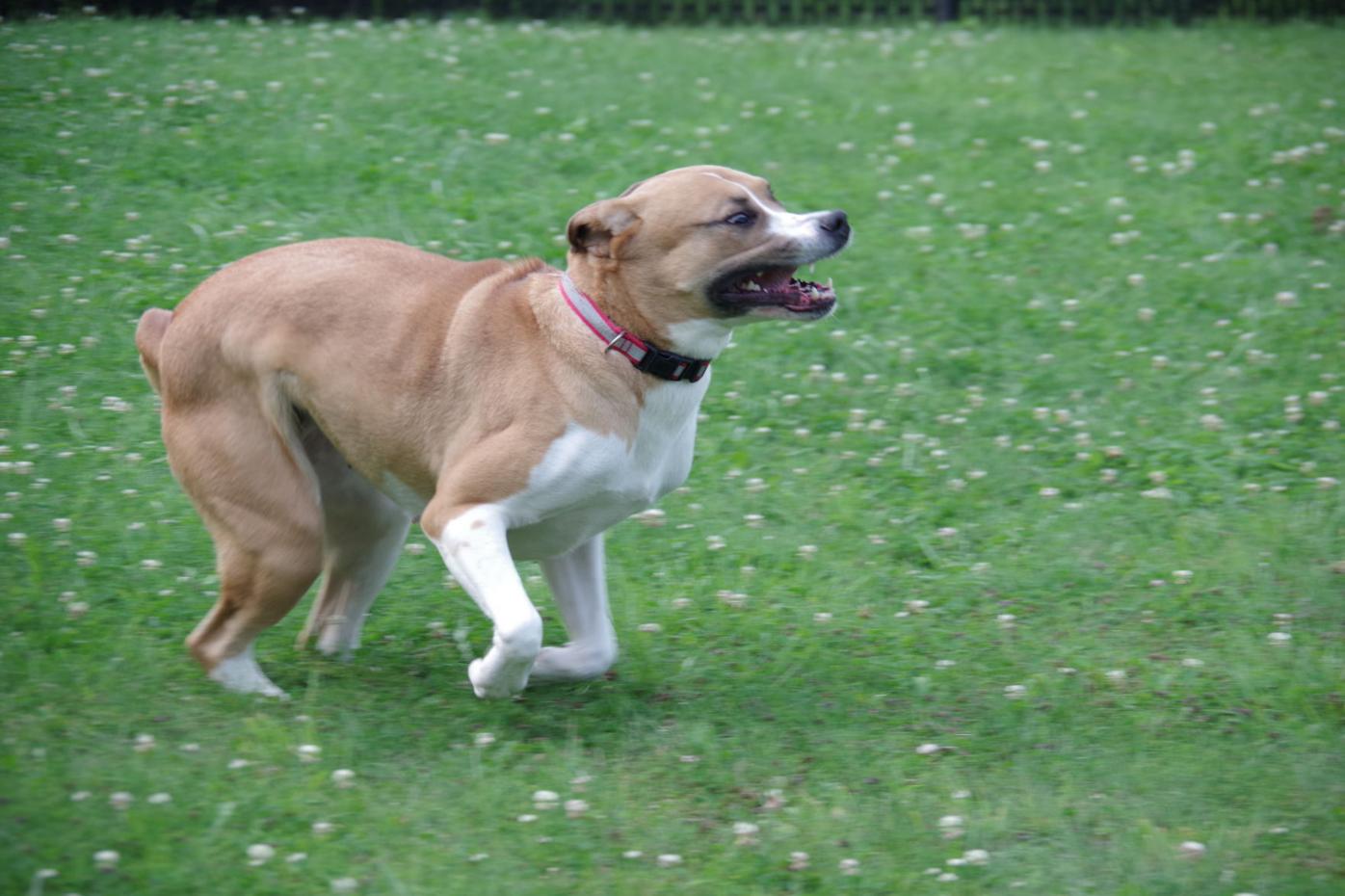 Aria, who has been at the Humane Society for more than 100 days, runs outside. 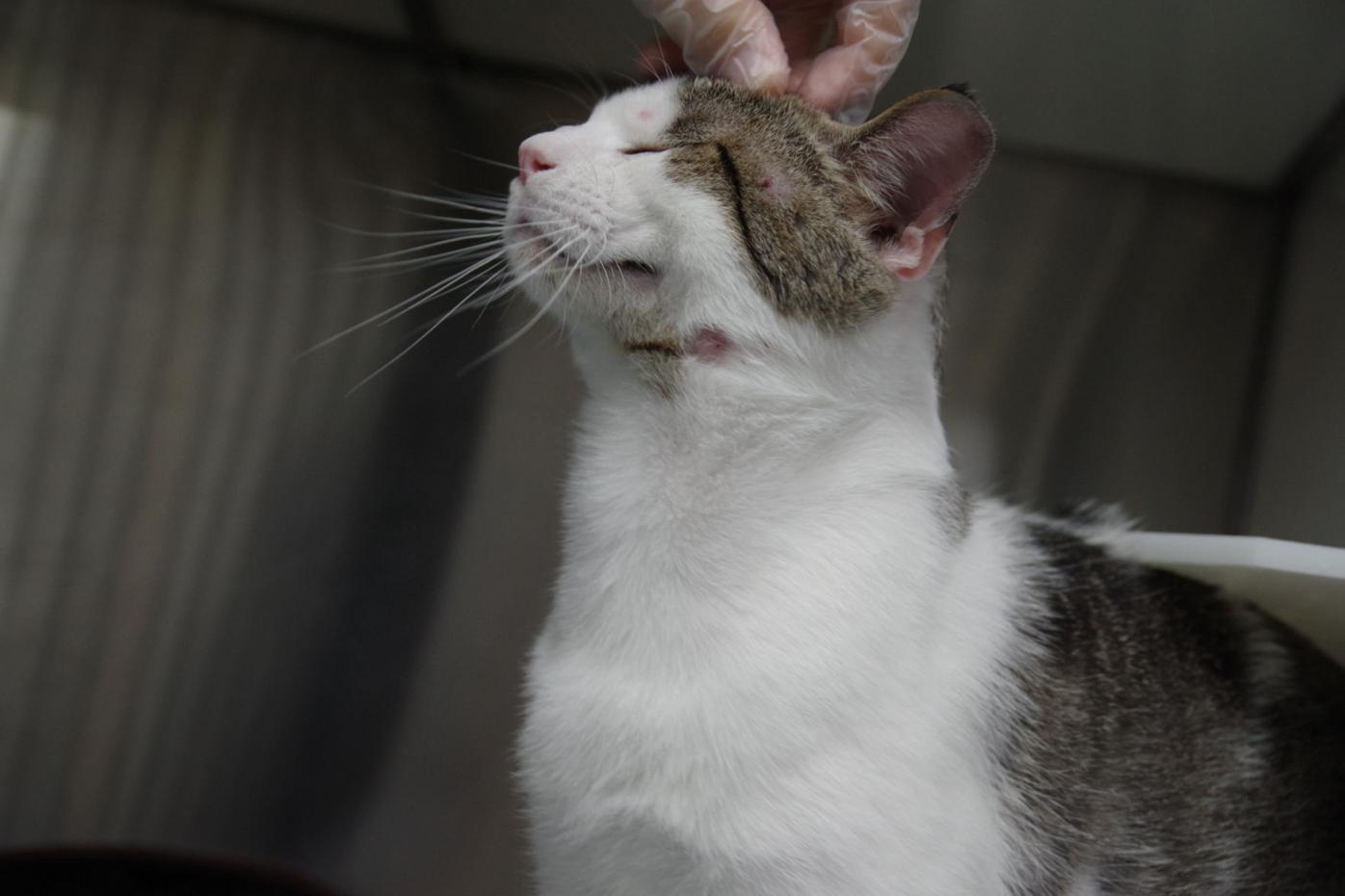 Spinch is a cat at the Watauga Humane Society who has multiple health conditions. 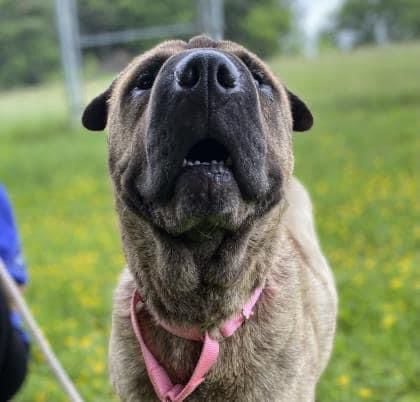 Johnny is a seven-year-old mixed breed female who has been in the shelter for about 70 days. 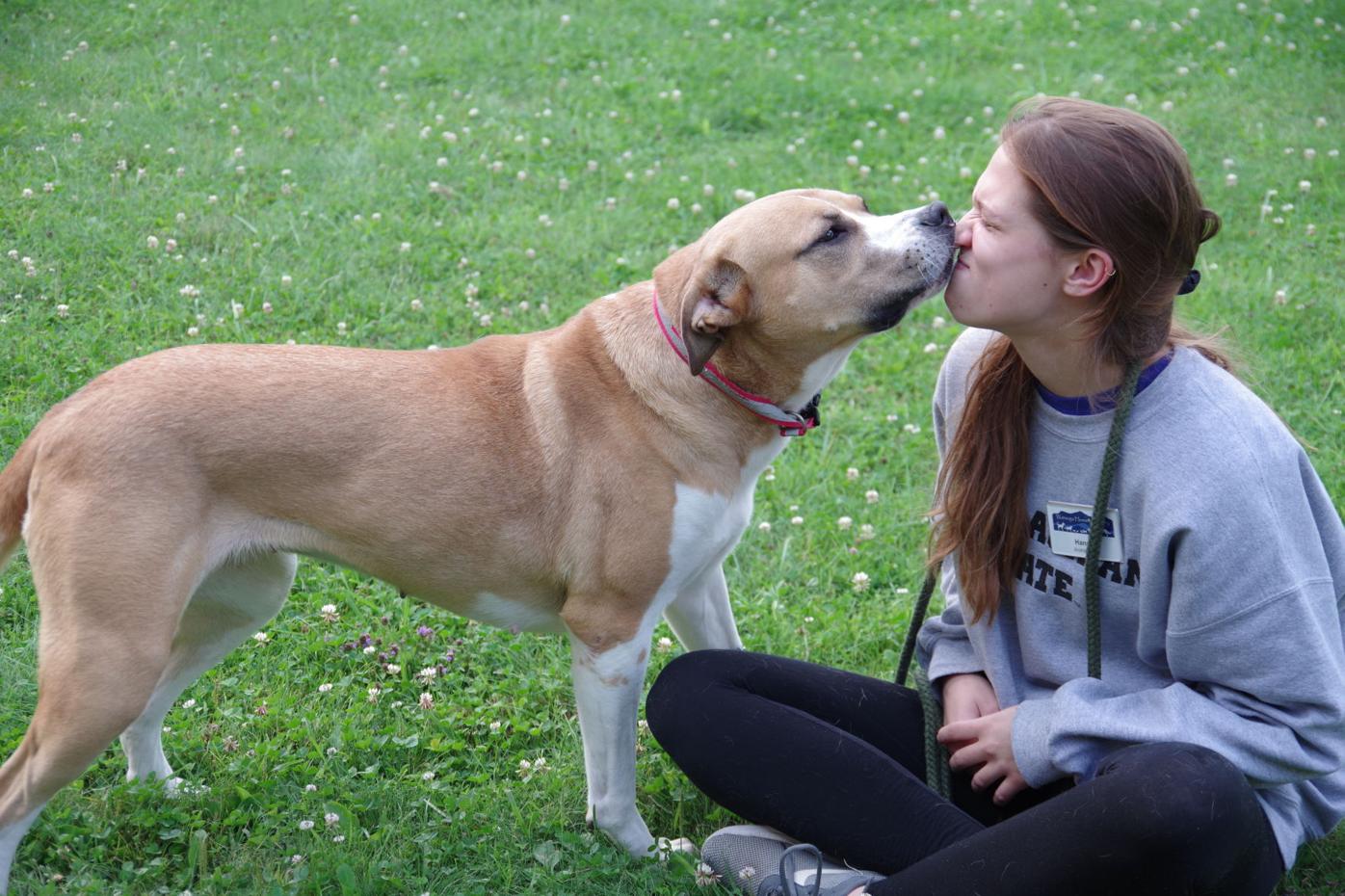 Aria gives Hansen Dendinger a kiss while playing outside. 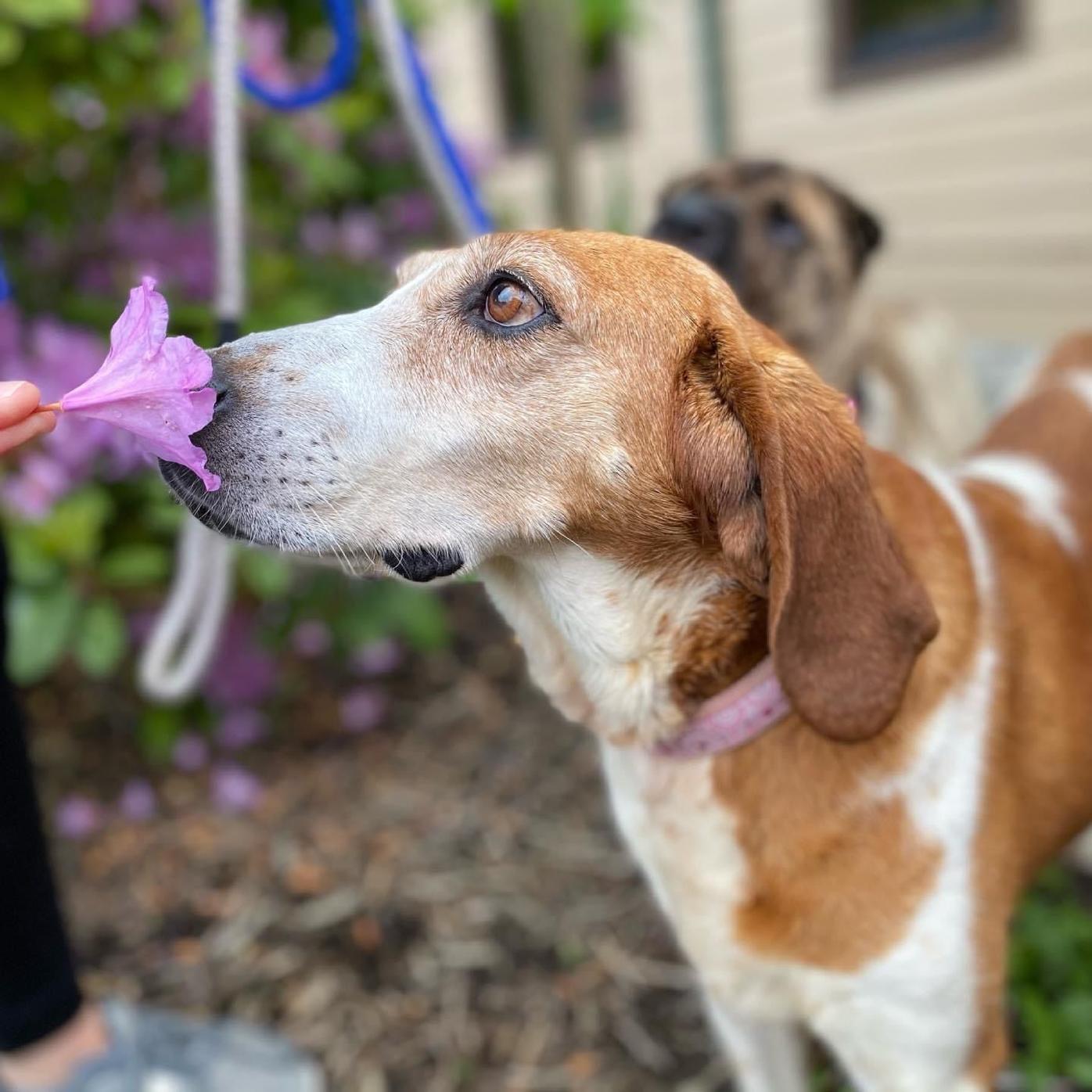 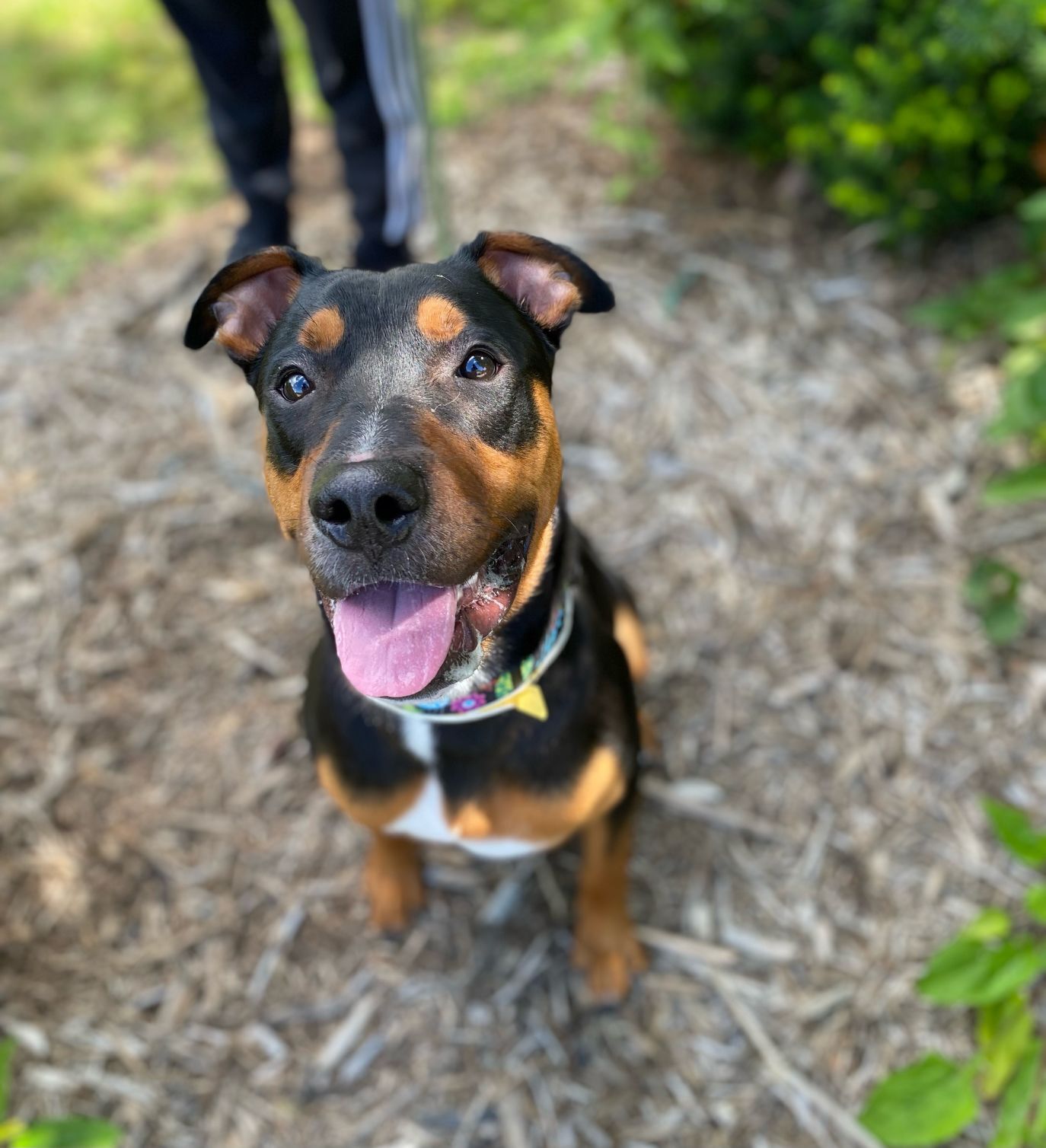 Sheamus is a current dog up for adoption at the Watauga Humane Society. 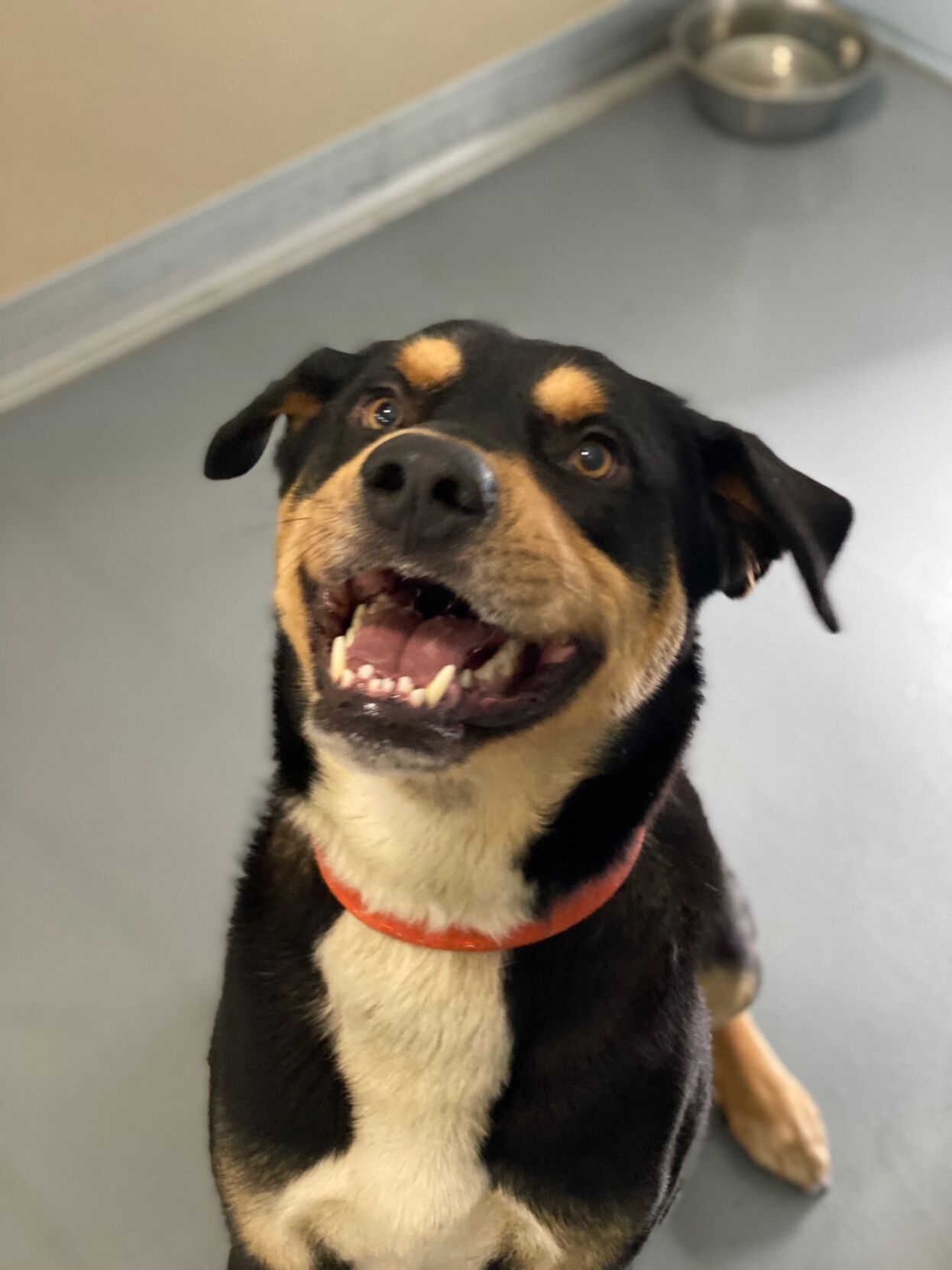 Sherman is a dog up for adoption at the Watauga Humane Society.

Aria gives Hansen Dendinger a hug while playing outside.

Petey is a two-year-old mixed breed who has been in the shelter for 115 total days.

Aria, who has been at the Humane Society for more than 100 days, runs outside.

Spinch is a cat at the Watauga Humane Society who has multiple health conditions.

Johnny is a seven-year-old mixed breed female who has been in the shelter for about 70 days.

Aria gives Hansen Dendinger a kiss while playing outside.

Sheamus is a current dog up for adoption at the Watauga Humane Society.

Sherman is a dog up for adoption at the Watauga Humane Society.

WATAUGA — The Watauga Humane Society is seeing more animals come through its door and fewer foster parents as more people return to work in person.

Ashlee Yepez, the director of operations and animal welfare at the Watauga Humane Society, said the shelter has seen an “over pour” of animals come in during June and July.

“I don’t think it’s any different than previous years, but I do feel that you hear people talk about like, ‘this is my COVID puppy,’” Yepez said. “That puppy they adopted during COVID-19 that really got attached to them (while) being able to work from home. We are seeing that there are people bringing in their animals — not necessarily adopted from us — that they have that they just say they can’t care for anymore.”

Yepez said people returning to work in person sn’t necessarily the biggest reason people have returned animals, but more so the animal may not be the right fit. But before an owner comes in to return an animal, humane society staff will discuss ways the humane society may be able to help the owners keep their pets.

“I can remember some days where there’d be like 18 people lined up out the door waiting to bring in an animal and we just had to take them,” Yepez said. “That was the mentality back then. It was back in like 2017-18 that we said, ‘You know, we can take these animals in, but we could also tell people the realities of what happens when we take their animals.’”

Along with dogs, this time a year Yepez said the shelter also sees a lot of kittens brought in. During the early days of COVID-19, spay and neuter surgeries weren’t being offered as frequently if at all.

While the shelter has seen more animals, it is also seeing a decrease in foster parents for animals. During the first months of the COVID-19, Yepez said the shelter received a major outpouring of people volunteering to foster.

“Now that everyone’s kind of got back into the swing of businesses opening up and people going back to work, we just don’t have that many fosters anymore,” Yepez said. “We can put a plea out and I think some people will come forward, but it’s not the same as getting like 10 applications a day for fostering.”

While the current animal population is not as high as it’s been at some points in the past, the kennel is down 16 spaces due to construction in the kennels, which decreases the shelters capacity to house animals.

“We always need fosters,” Yepez said. “I would say the biggest thing for us is we’re looking for people who have experience — or want to learn and gain the experience and knowledge — to work with dogs that have behavior quirks or issues.”

Yepez said the age range of most dogs that come into the shelter is between one to two years old.

“People don’t realize that those dogs are still puppies,” Yepez said. “What they see is a full-grown dog that they assume is an adult dog that should have adult dog manners, but they’re still puppies. It’s really cute when a four-month old is nibbling on your shoe. It’s not cute when a two-year old nibbles on your shoe and before you know it, they’ve ingested the whole thing.”

To help with fostering, the shelter is launching a pilot program for people to virtually foster a dog at the shelter.

“The idea behind virtual fostering is that people who can’t actually bring animals into their homes can become a volunteer,” Yepez said. “(They) can kind of go through the steps of learning body language and things like that, and can actually be like an advocate or virtual foster for a dog or cat within the building.”

Yepez said the foster parent wouldn’t have to take the pet home, but they could come out to the shelter on a routine basis and help the dog with leash manners or help a cat be socialized.

Of the animals in the shelter, a few have been in there for quite some time. Hansen Dendinger, an animal caregiver for about three years, said some of the dogs that are there for long periods of time are ones that can be aggressive to other dogs.

“A lot of people (in Boone) want a dog park dog or a dog they can take to bars with them,” Dendinger said. “If you have a dog that’s reactive or just isn’t gonna want to hang out with your friends’ dogs, that’s a turnoff for a lot of people.”

Dendinger said the shelter typically has people who are willing to adopt older dogs or ones with medical needs, but younger dogs who have an intense energy level or don’t do well with other dogs stay there for a long time.

Dendinger said it isn’t uncommon for dogs that may act aggressive at the shelter will end up fine once they are at home and away from the anxiety of the shelter.

“A lot of dogs — once they get home and they get out on two walks a day or they go on a hike — they calm right down and they actually have really great manners,” Dendinger said. “A lot of the dogs here that we think of as being high energy sometimes are just anxious, and it kind of translates to being a lot.”

One dog that has been at the shelter for more than 100 days is Aria — a mixed breed three-year-old that is just under 95 pounds. Aria was surrendered by her owner because she was not doing so well with another, smaller dog at home. Dendinger said she has reacted super negatively to the shelter environment.

“She is really overwhelmed by strangers,” Dendinger said. “She doesn’t like the barrier of the kennel and she can have really big reactions. So people are kind of turned off by her. But she’s amazing outside of the kennel, but no one ever asks to meet with her because she’s really off-putting.”

To help with her anxiety, the shelter staff have put a blanket in front of her kennel spot so she doesn’t see people walking by.

Another dog that’s been at the shelter for a quite some time is Sherman, a 74-pound three-year-old mixed breed that has been in the shelter for 60 days. Dendinger said that he has a few problems with resource guarding his food or toys and can be “a little funky” around other dogs, which turns potential adopters away.

Johnny and Anne are both dogs that are a bonded pair and are encouraged to be adopted together since they have always been together. They have been in the shelter for nearly 70 days. Both are mixed breed females and Anne is 8 years old and Johnny is 7 years old.

The shelter also has a cat named Spinch that has been in the shelter for a long period of time. Spinch came into the shelter with pillow foot, which means the pads of his feet are puffed out and he can’t walk on hard surfaces. He also has allergies and skin sensitivities. Additionally, he’s started to break out with soars on his face and because of his conditions, has not been able to be spayed and neutered yet.

More information on becoming an animal foster parent and the Watauga Humane Society can be found at wataugahumane.org.