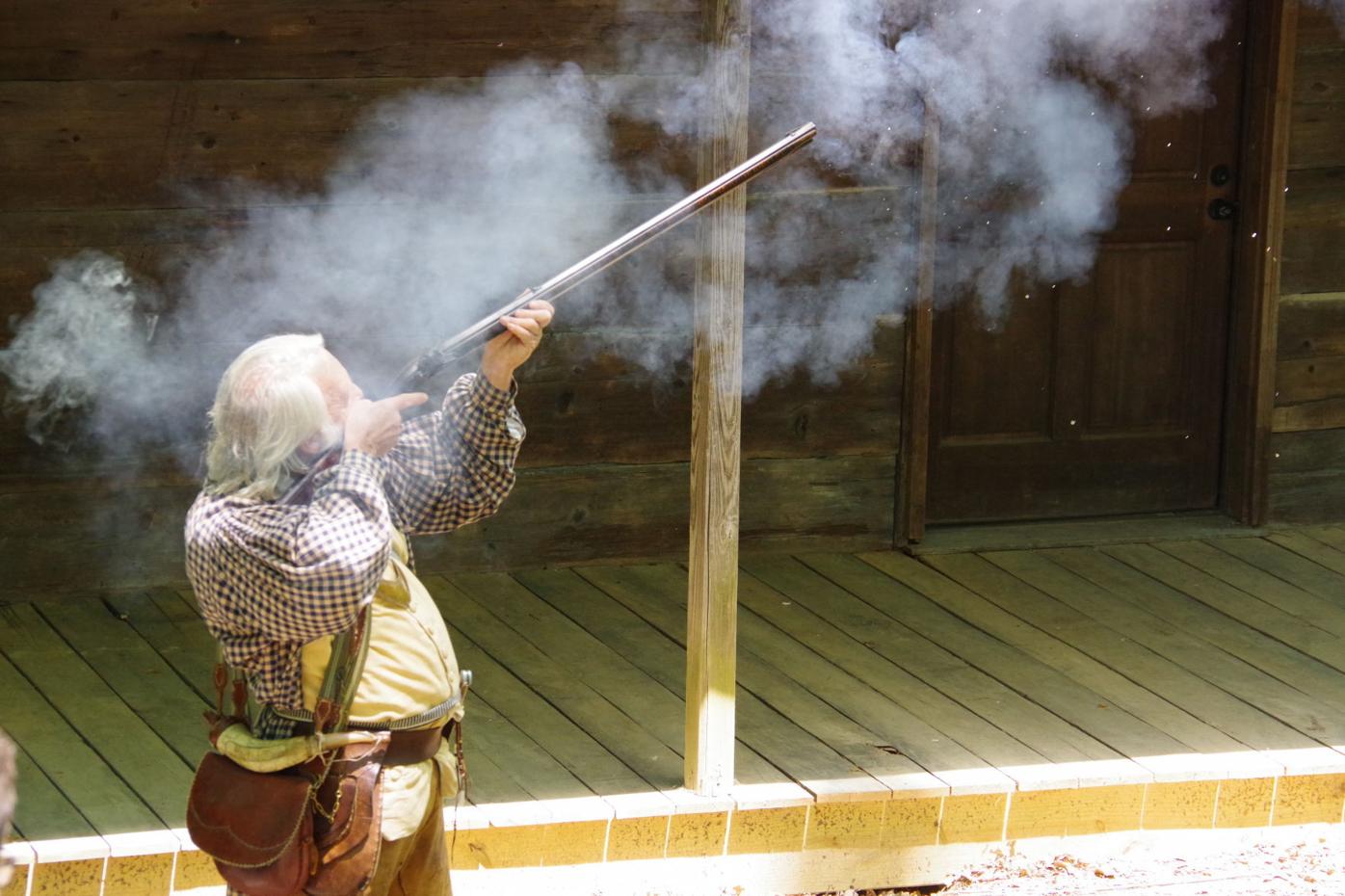 Mike Campbell demonstrates how the long gun works at the Boone Day event at the Hickory Ridge Living Museum. 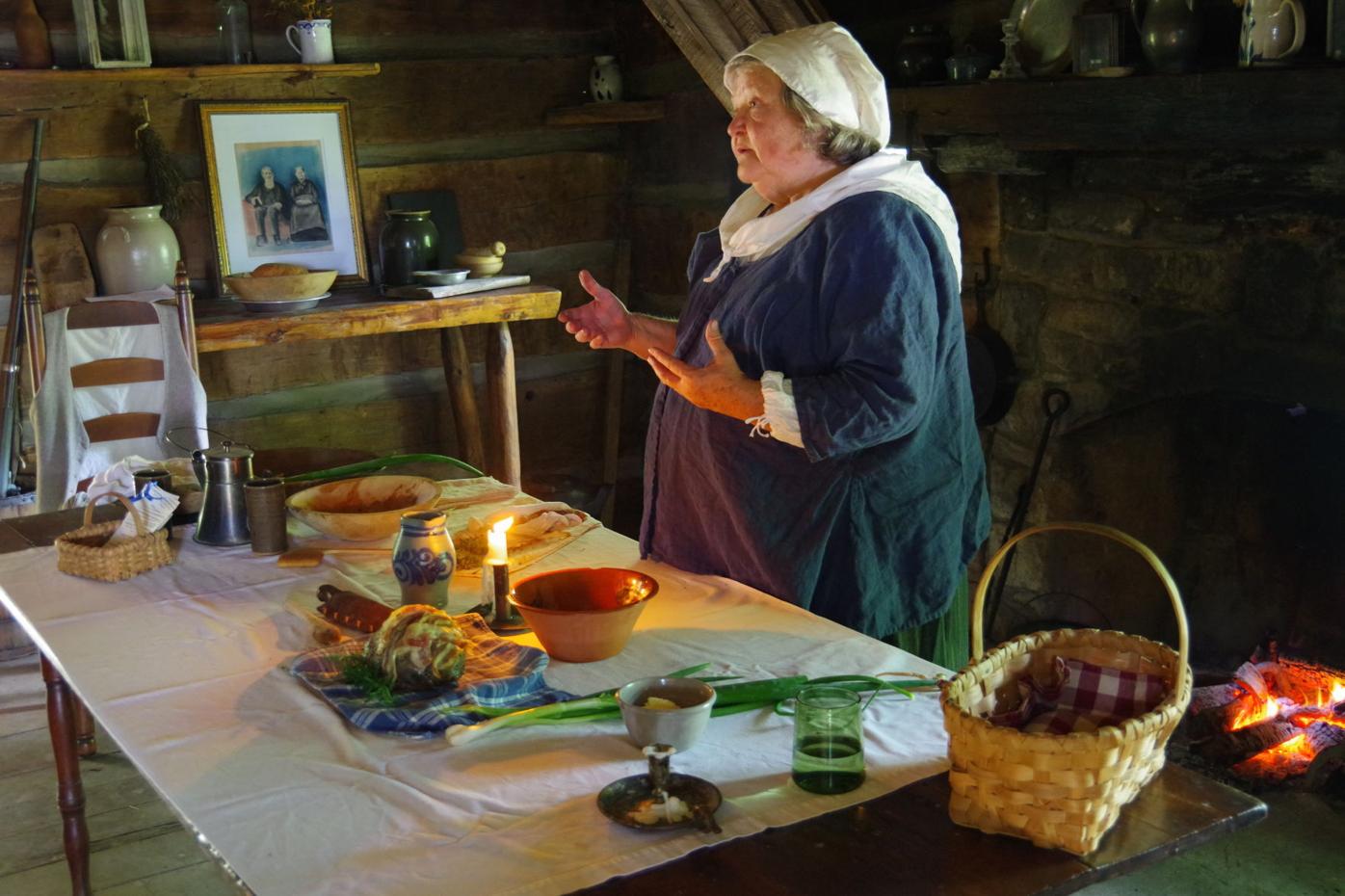 May Bohlen, the president of the North Carolina Boone Heritage Trail, prepared a meal the way Rebecca Boone likely would have prepared it at the Boone Day event at the Hickory Ridge Living Museum. 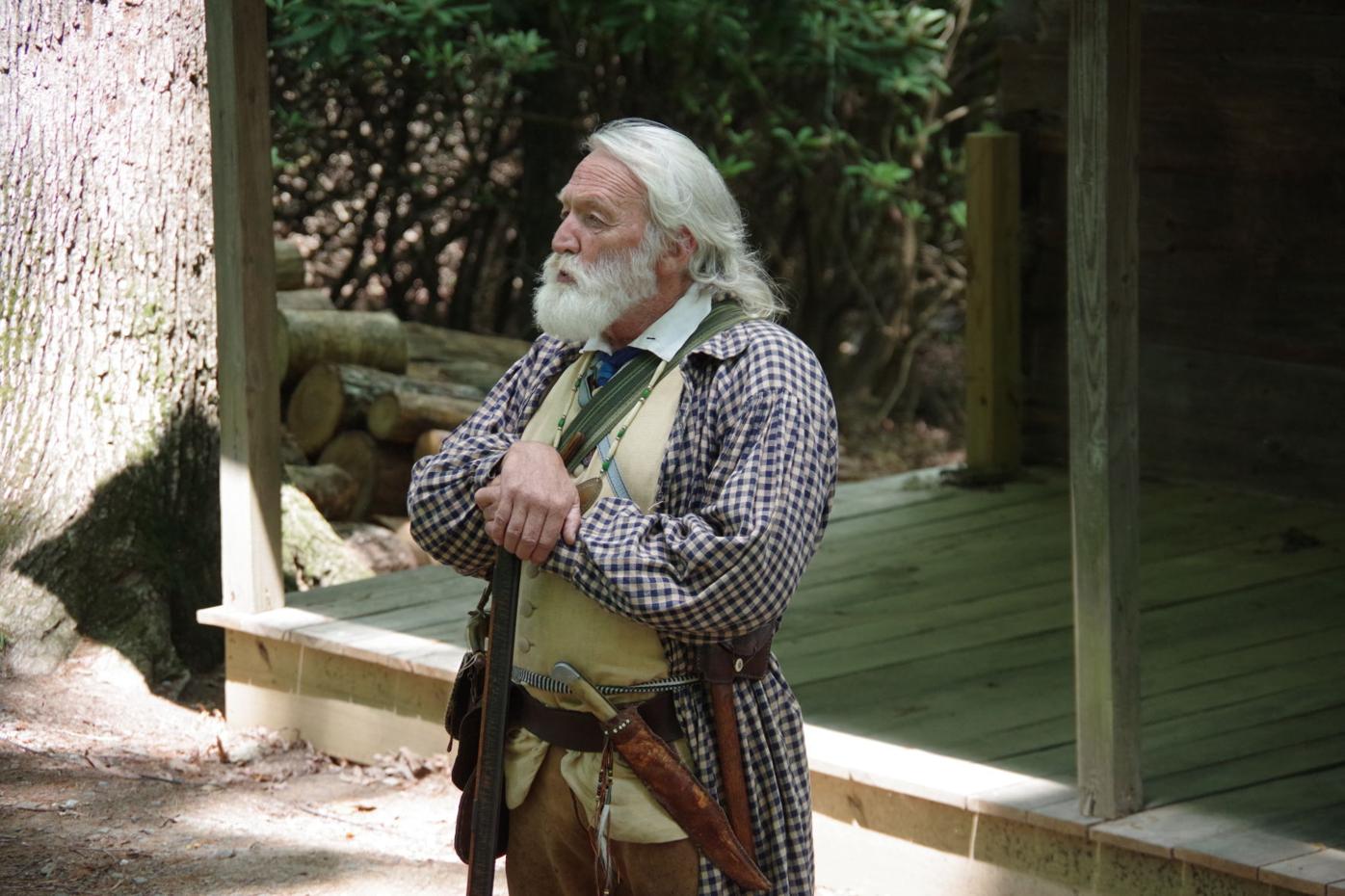 Mike Campbell explains how frontiersmen would dress during the 1760s. 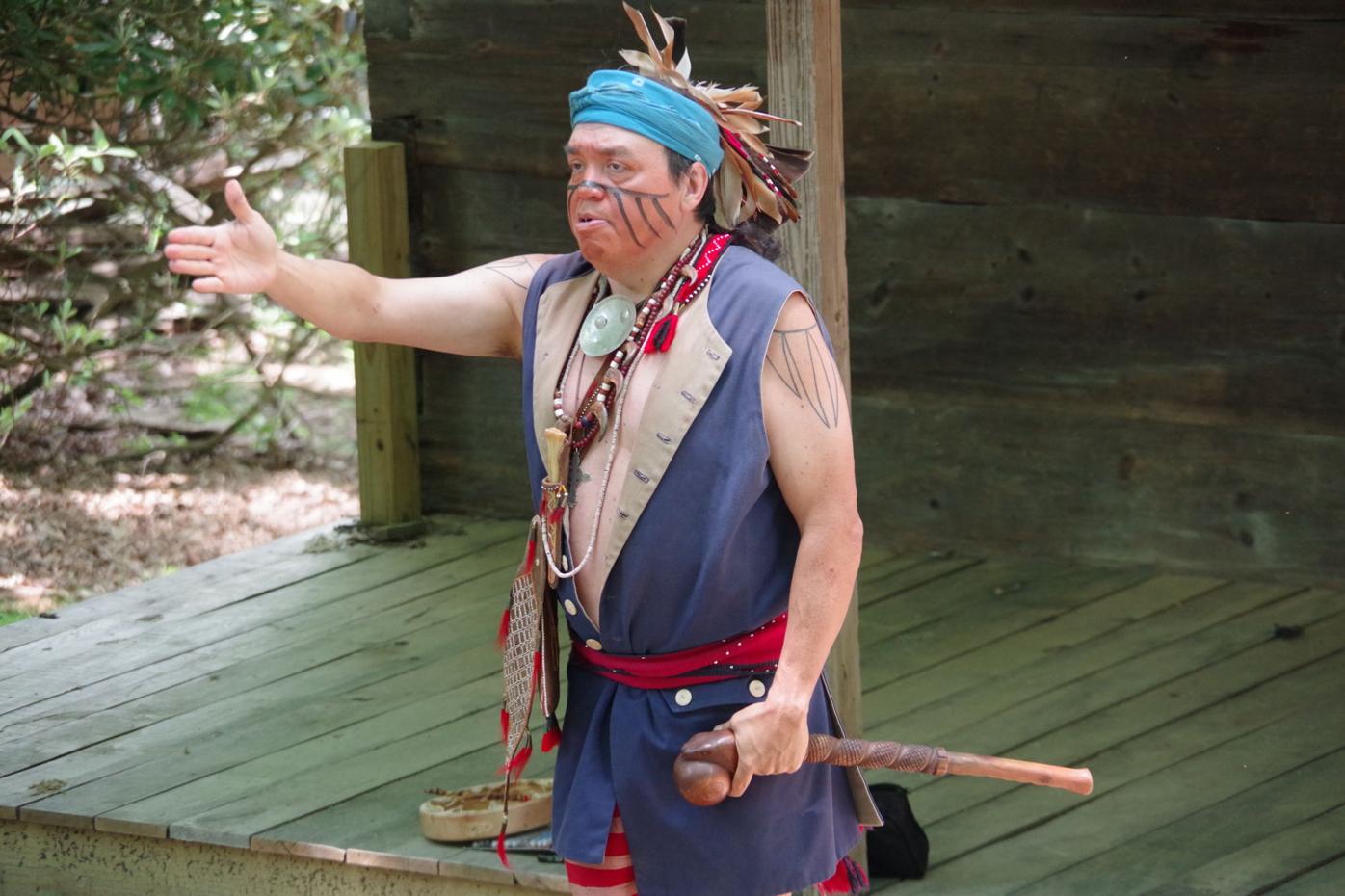 Bo Taylor, a Native American from Cherokee, spoke about Native culture at the Boone Day event at the Hickory Ridge Living Museum.

Mike Campbell demonstrates how the long gun works at the Boone Day event at the Hickory Ridge Living Museum.

May Bohlen, the president of the North Carolina Boone Heritage Trail, prepared a meal the way Rebecca Boone likely would have prepared it at the Boone Day event at the Hickory Ridge Living Museum.

Mike Campbell explains how frontiersmen would dress during the 1760s.

Bo Taylor, a Native American from Cherokee, spoke about Native culture at the Boone Day event at the Hickory Ridge Living Museum.

BOONE — In celebration of the life of Daniel Boone, the Southern Appalachian Historical Association hosted an educational event at the Hickory Ridge Living Museum in honor of Daniel Boone Day, which falls on June 7 every year.

According to the Library of Congress, frontiersman Boone first saw the forests and valleys of present-day Kentucky on June 7, 1769. For more than a century, the Kentucky Historical Society has celebrated that day as “Boone Day.”

Boone was an early American frontiersman who gained fame for his hunting and trailblazing, which mainly occurred through the Cumberland Gap, a natural pass through the Appalachian Mountains in Virginia, Tennessee and Kentucky, according to the Library of Congress.

“Last year was very simple; we threw it together very fast,” said Marrena Greer, the operational manager of the museum. “This year we wanted to expand.”

At the event, a Native American from Cherokee spoke as well as a speaker from the National Daniel Boone Society.

Bo Taylor is a Native American from Cherokee who conducts various programs and speaks about the Native culture, but said music and dance is his main hook.

“I talk about diversity and stereotypes,” Taylor said. “I tend to add a lot of the humorous points into my shows so that it kind of takes the edge off. My thing isn’t necessarily about sides, but about getting to know each other.”

At the event, Taylor was dressed in what he would have worn if he was walking into a town in the 1760s. He said if he was painted all in red or black, he would be preparing for battle.

During one of the times he spoke to visitors, Taylor mentioned how ceremonies helped Native Americans cleanse themselves after wars.

“When we got ready for war, I became a killer,” Taylor said. “I put that paint on. It made me change. That’s the problem. We take our young men in the prime of their lives and we send them in and teach them to fight. What we don’t teach them to do is teach them how to come home.”

Taylor said his people would come home after a war and would wash and conduct spiritual cleansing.

“They need to have a ceremony,” Taylor said. “They need to know that they can come back and be a father, a son, a husband.”

Even though Taylor talked about intense topics at times, he continually made his audience laugh and clap in delight.

Also at the event was Boone native Mike Campbell, who talked about what a frontiersman like Boone would have worn during that time when he was out on the frontier. He also demonstrated and talked about the history of the long gun.

In the 18th century Tatum Cabin, May Bohlen, the president of the North Carolina Boone Heritage Trail, was cooking a meal the way Rebecca Boone likely would have prepared it. In the cabin, Bohlen cooked a roast venison with heirloom Egyptian walking onions with herbs and butter, which was cooked in the fireplace.

The Southern Appalachian Historical Association is a nonprofit organization preserving the High Country’s cultural heritage from its early years of settlement in the late 18th century.

This story has been corrected to reflect the year Daniel Boone first visited the area that is current-day Kentucky.