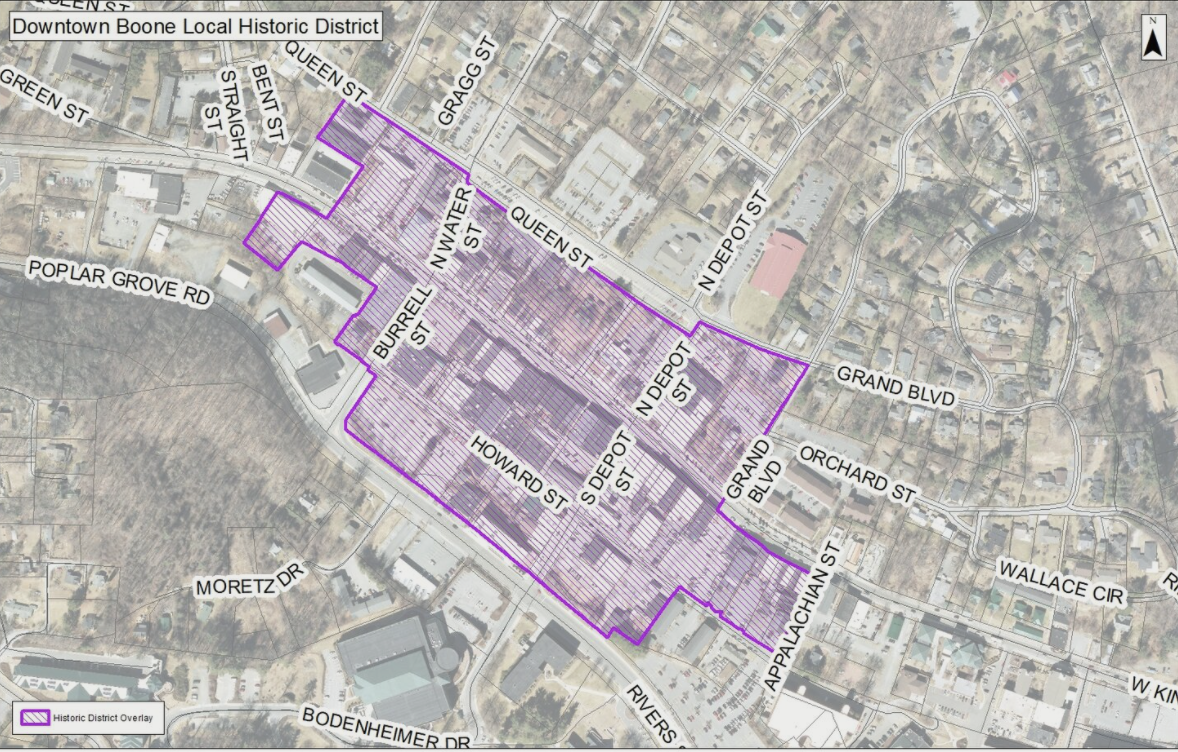 The downtown Boone historic district was approved by the Boone Town Council on Oct. 21. 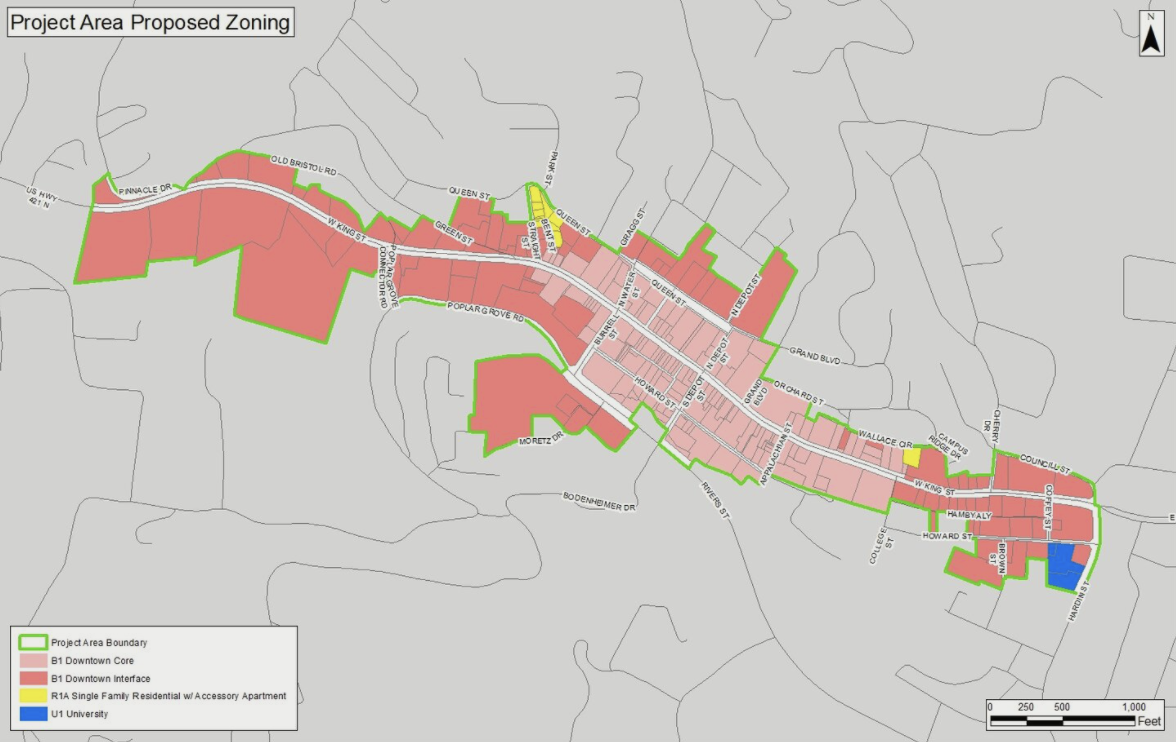 The B1-Downtown Expansion project was approved by the Boone Town Council on Oct. 21.

The downtown Boone historic district was approved by the Boone Town Council on Oct. 21.

The B1-Downtown Expansion project was approved by the Boone Town Council on Oct. 21.

BOONE — Boone Town Council approved a historic district designation for the downtown Boone area and a B1 Zoning District Downtown Expansion at its Oct. 21 meeting.

The B1 zoning created two new zoning districts to replace and expand the existing B1 Central Business District and the other one created a local historic district overlay in the heart of the downtown area.

Under North Carolina law, local governments may designate groups of properties as a historic district because of historical, prehistorical, architectural or cultural significance, according to the town. To qualify for the designation, the proposed district area must also show integrity of design, setting, workmanship, materials, feeling or association.

“Preservation of the past, while allowing for compatible new construction, will ensure that our history is not lost but rather celebrated, all while supporting our vibrant downtown economy,” Ward said. “A strong, vibrant economy allows locals, students and visitors to enjoy Boone’s history and the quaint downtown area where we can all learn from our past as we move towards the future. We are fortunate to have such a wonderful downtown and it sets the tone for our community. We have a rich history and I encourage everyone to take a moment to learn more about where you live, where you go to school and where you are visiting.”

Boone was established in 1872 and will turn 150 years old in 2022. The historic district will apply to a group of contiguous, historically significant properties located in the core of the downtown area.

According to the town, unless a property is also designated as a local landmark — which can result in reduced property taxes — owning a property in a local historic district has no effect on local property tax rates for property owners.

The design review process for changes in the district requires an application for a Certificate of Appropriateness, which is a process designed to ensure the proposed work is compatible with the nature of the property and the character of the surrounding properties.

More information on the historical district designation can be found at www.townofboonedowntownplanningprojects.com/faqshistoric.

More information on the B-1 Downtown expansion project can be found at www.townofboonedowntownplanningprojects.com/faqb1.

Before the town council voted, Eric Plaag of the Watauga County Historical Society spoke during public comment in support of the district.

“Council members, please remember that both the Historic Preservation Commission and the Planning Commission have unanimously recommended adoption of the historic district ordinance after more than six years of work and literally thousands of volunteer and staff hours spent on this project,” Plaag said. “You now have the opportunity to do the right thing by our town and our local businesses to help preserve our downtown’s architectural and historical resources, while also planning for our town’s longtime future.”

Council member Sam Furgiuele — who made the motion to approve the district — thanked those that had a hand in moving the historic district forward. He also thanked Plaag for all of his work.

“He has volunteered so much of his professional time and expertise to this endeavor,” Furgiuele said. “It’s extraordinary.”

The historic district was approved unanimously by the Boone Town Council.

The council also approved a rezoning near Perkinsville Drive to allow a parcel that was dual zoned R1 Single Family and R3 Multi-Family to be fully zoned R3 for additional future multifamily housing.