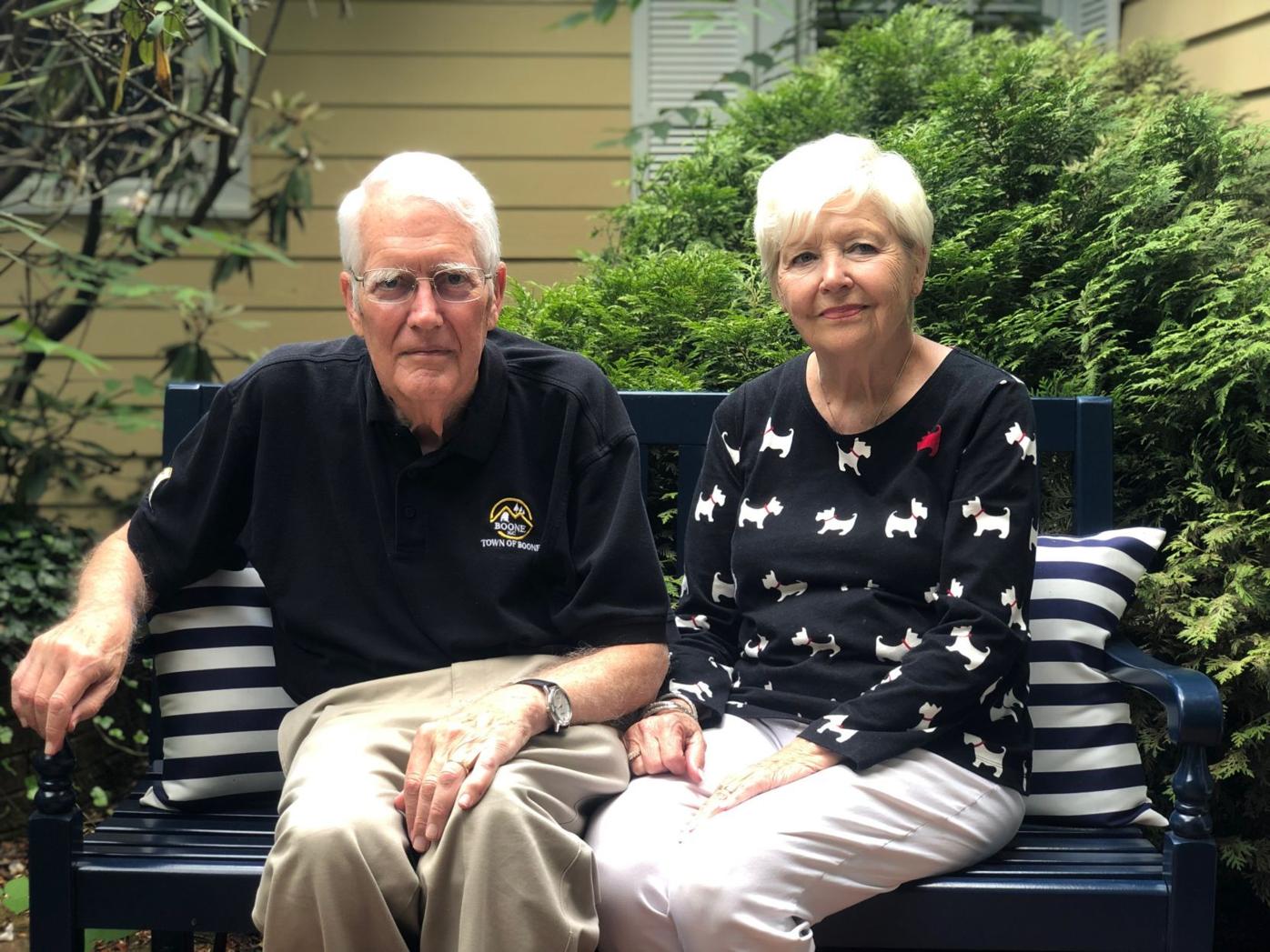 Boone Mayor Rennie Brantz, left, is retiring at the end of his term. Also pictured is his wife Lana. 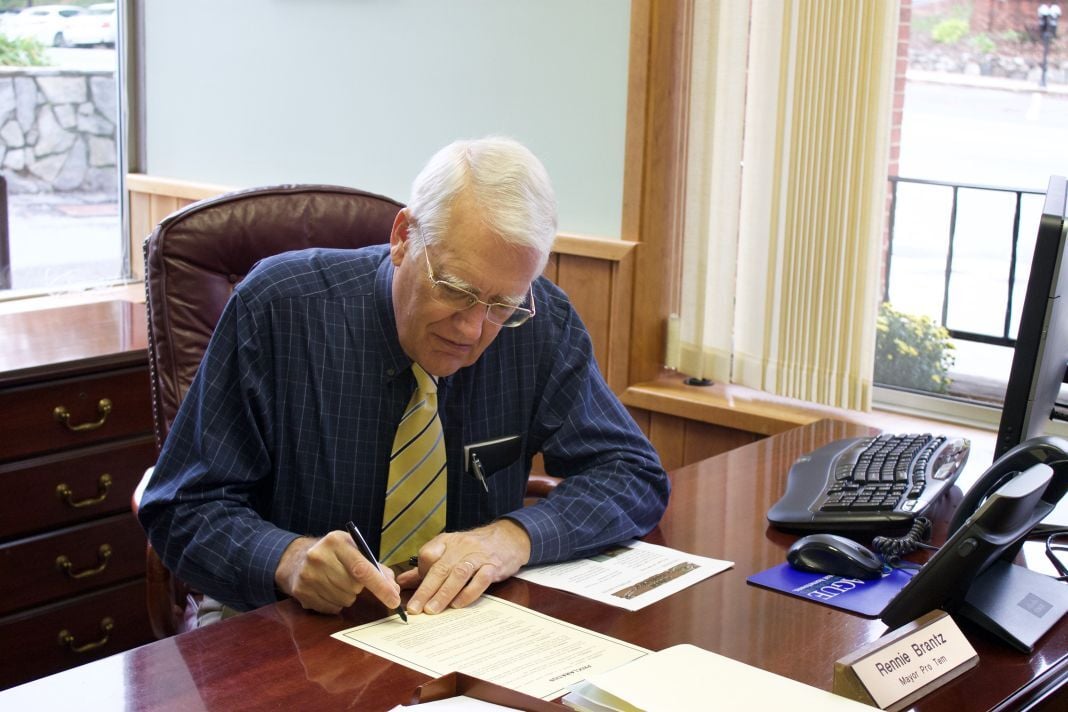 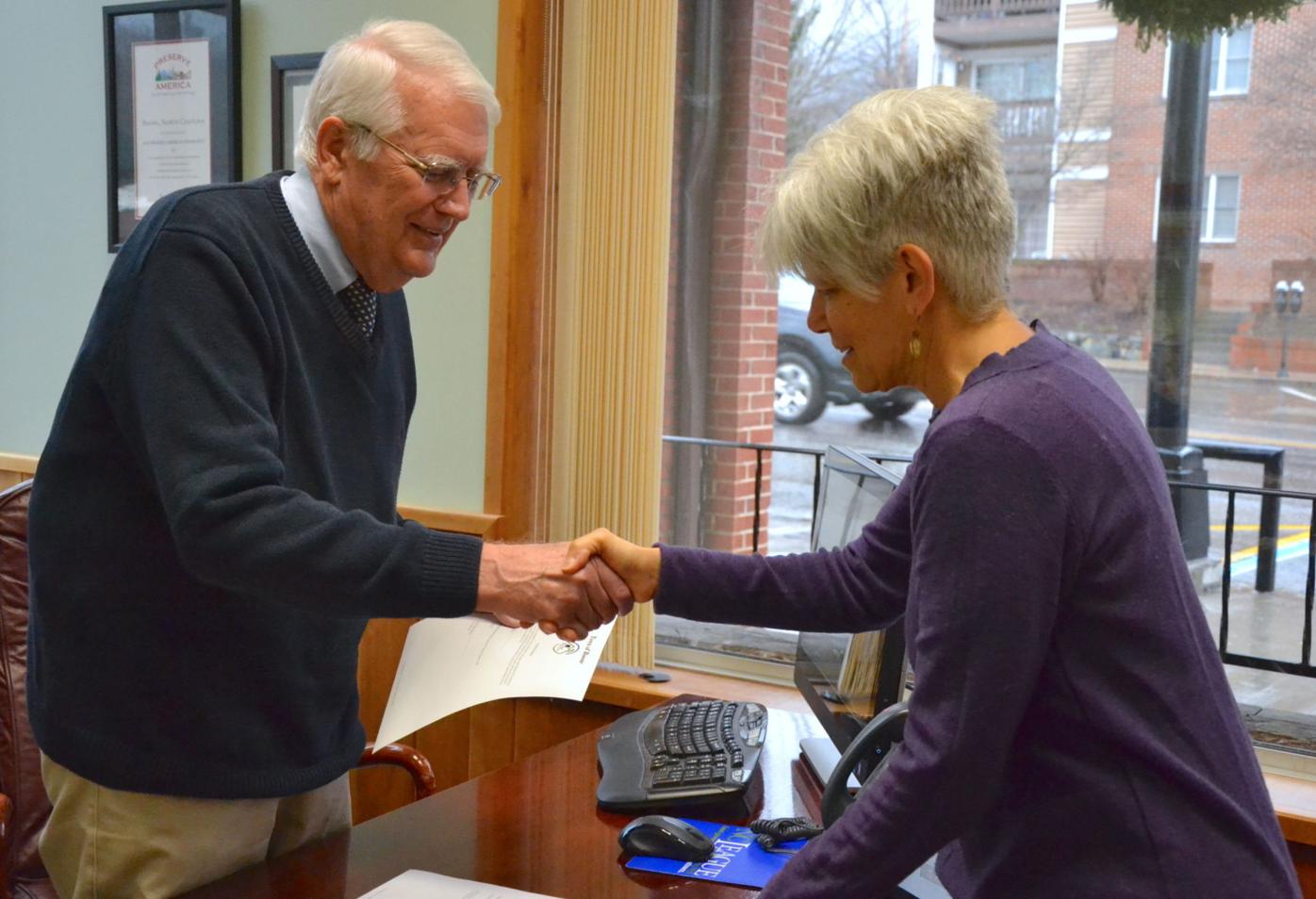 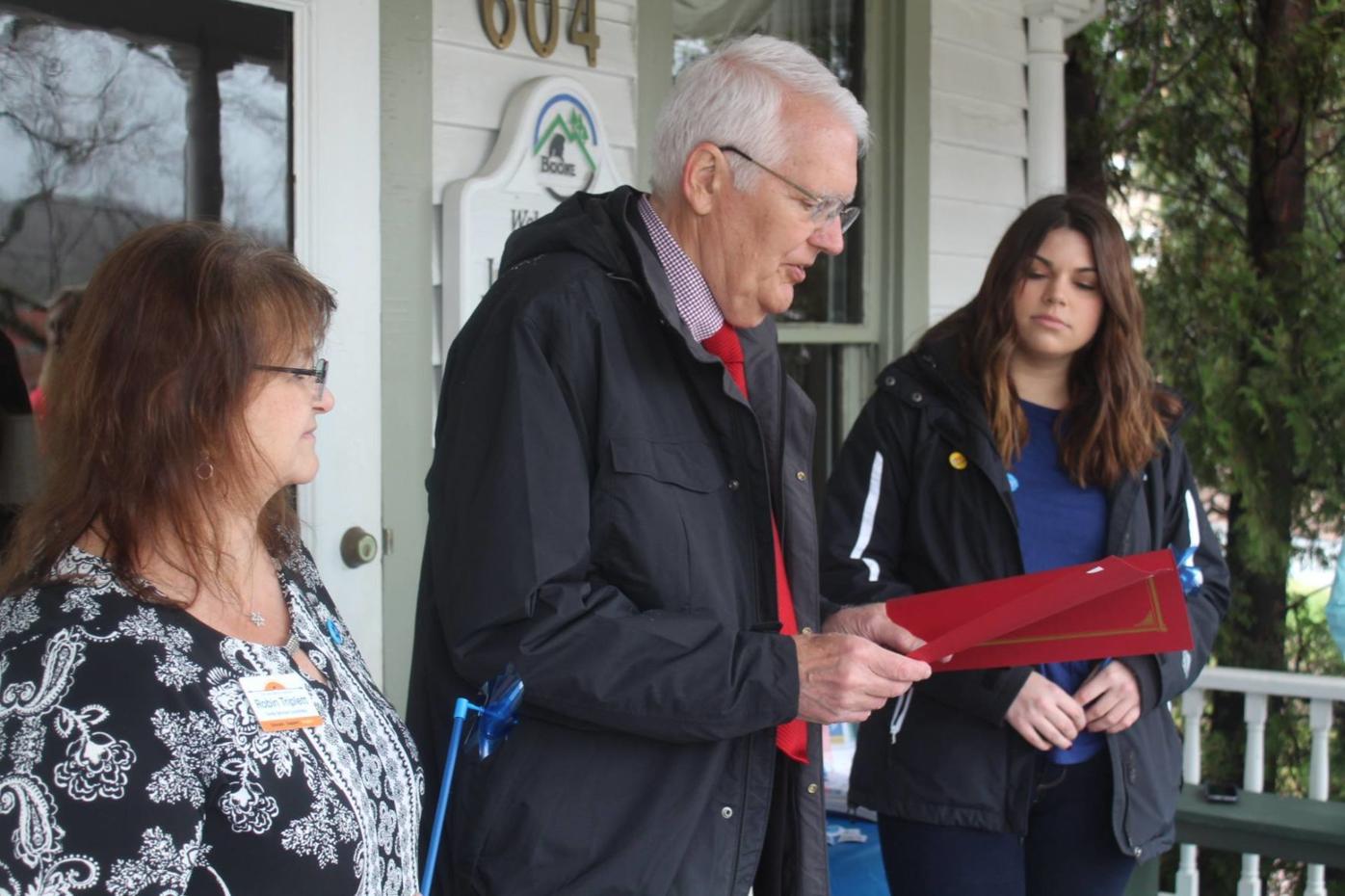 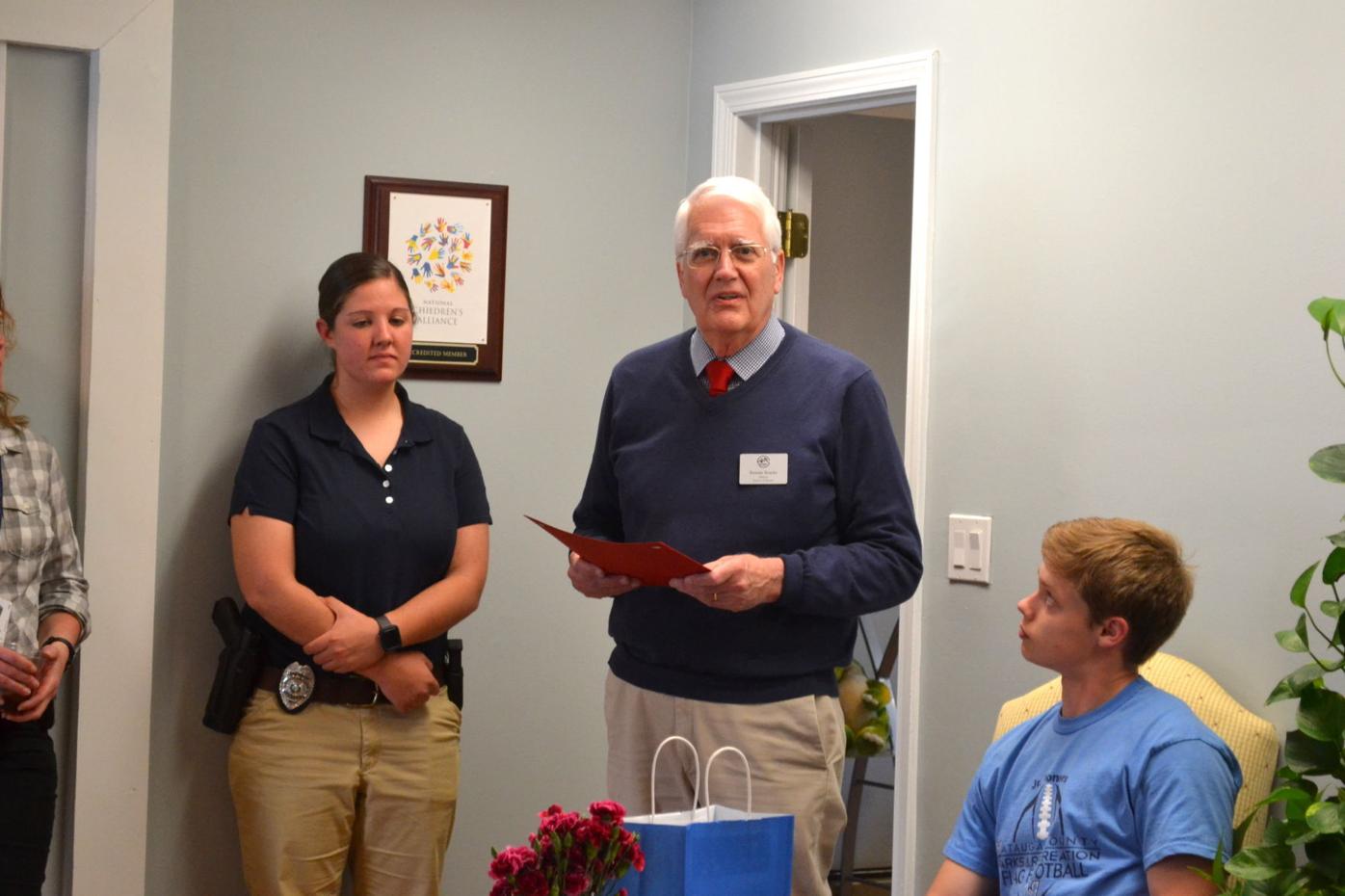 Boone Mayor Rennie Brantz, left, is retiring at the end of his term. Also pictured is his wife Lana.

“I think the goal that I had was to try and make life better for everyone in the community,” Brantz said. “Boone’s a beautiful, wonderful place. It’s been good to us and our family. It’s offered opportunities that we could probably not have gotten anyplace else.”

Brantz served on the Boone Town Council for 10 years and then as Boone mayor since 2015 and is retiring due to health issues.

“Mayor Brantz has provided exceptional, stabilizing support and dedicated service for the Town of Boone during unprecedented times,” said Boone Town Manager John Ward. “His leadership has resulted in multiple improvements throughout the town — making it a better place for residents, students take and visitors. I personally want to thank Mayor Brantz for his service and for always looking for the positive side of any situation. It has been an honor to serve with such a dedicated public servant.”

Brantz started looking for jobs and a position at Appalachian State University came up in 1974, which he accepted.

“It was the best opportunity I could have,” Brantz said. “It’s the kind of school that I’m most comfortable with. The students are outstanding. It was good luck.”

At App State, Brantz was one of the founders and director of the freshman seminar program. He also founded and coordinated the Center for Judaic, Holocaust and Peace Studies. Brantz also directed a summer study abroad program to Europe for 17 years.

After he retired in 2003, he got into local politics as a member of the Boone Town Council. Growing up, Brantz’s father was a minister and they frequently moved around, but his father was always involved in local school boards.

“I think he, in my memory, exemplifies the kind of service attitude,” Brantz said. “It seemed the right thing to do. I thought I could make a difference. And sometimes I did, sometimes not.”

Brantz said he’s noticed that the town council has changed a lot since even before his time when he first came to Boone.

“One thing I’ve noticed is that political decisions are no longer made by the old guard,” Brantz said. “It’s younger people, even students now. That was not always the case. It was like the old boys made the decisions. And now it’s opened up, I think, to the whole wider community. I think that’s been healthy. Because younger people raise questions, sometimes older folks don’t want to ask.”

Brantz said that the younger generation coming into politics is helpful for the growth and development of the town. One of his biggest and fondest achievements on the town council was helping to create the Historic Preservation Commission.

“My background and professional orientation was history,” Brantz said. “So that kind of led me to push for us to look more carefully at the history of Boone. We have all the wrinkles and achievements that you can imagine.”

Brantz said he is proud of the fact that the committee has established a historic district in Boone and that it helped save the downtown Boone Post Office, which he thinks is a symbol of past accomplishments.

Brantz also said one of his prouder achievements is helping to hire the town staff, especially Ward.

“(Ward is) just an outstanding person,” Brantz said. “I was involved in his recruitment so I take pleasure in that. It’s really, I think, a joy to be able to work with a group like that.”

The Watauga Democrat previously reported that that ordinance addressed development on steep slopes, which was prompted by the apartment development that were being built above Walmart and a landslide at White Laurel.

Even though Brantz is retiring, he said he still wants to be involved in the community. He hopes to get a position on the Historic Preservation Commission after he retires. He will also be looking at what the town council will do. Currently, there are 10 people running for four seats on the Boone Town Council in the November election.

“I hope that the new members of the new council would be thoughtful, they would be careful in their decision making and listen to the community,” Brantz said. “It’s not easy, I think, to balance your activities and your decisions in a way that benefits everyone. And sometimes you can’t.”

Brantz did say he thought retiring would be a great relief to him, but he said he’s been thinking about how he will miss the late-night meetings and those “long oratorical presentations” that some members make.

“I will miss it a little bit,” Brantz said.

But now that he no longer has to be at those late-night meetings, Brantz said he plans to read more and hopefully travel more with his wife.