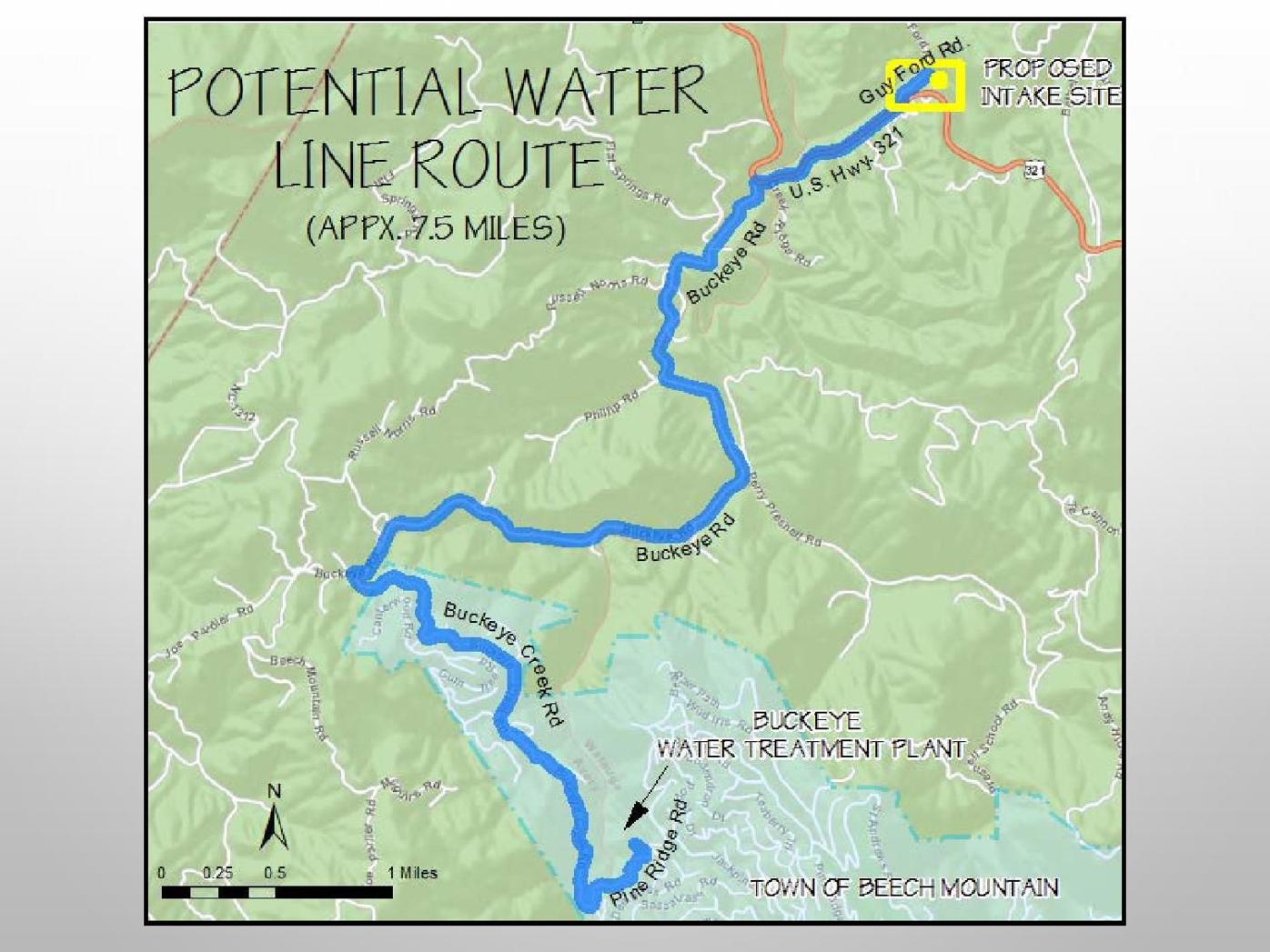 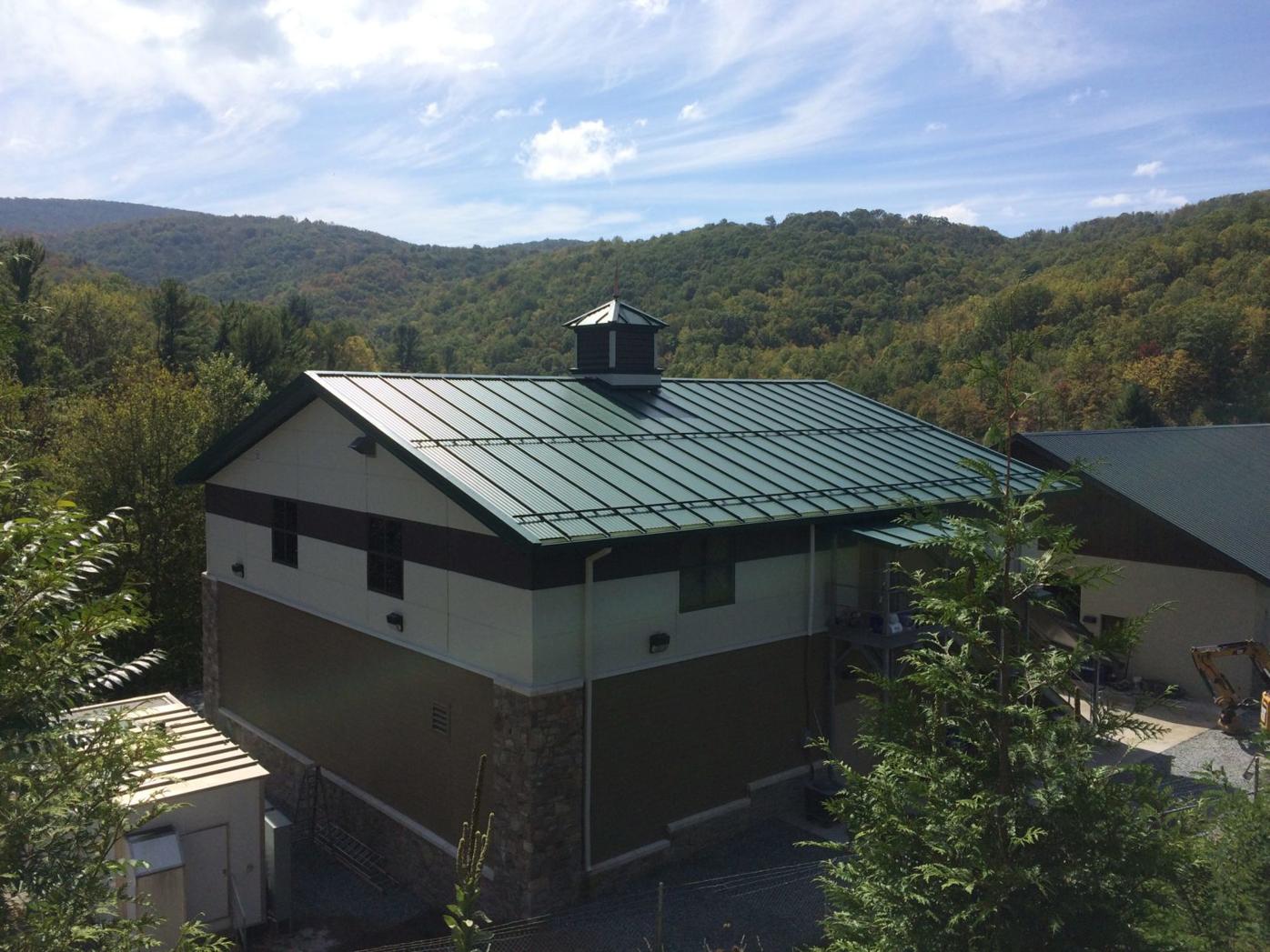 The new Beech Mountain Water Plant was completed in 2017. 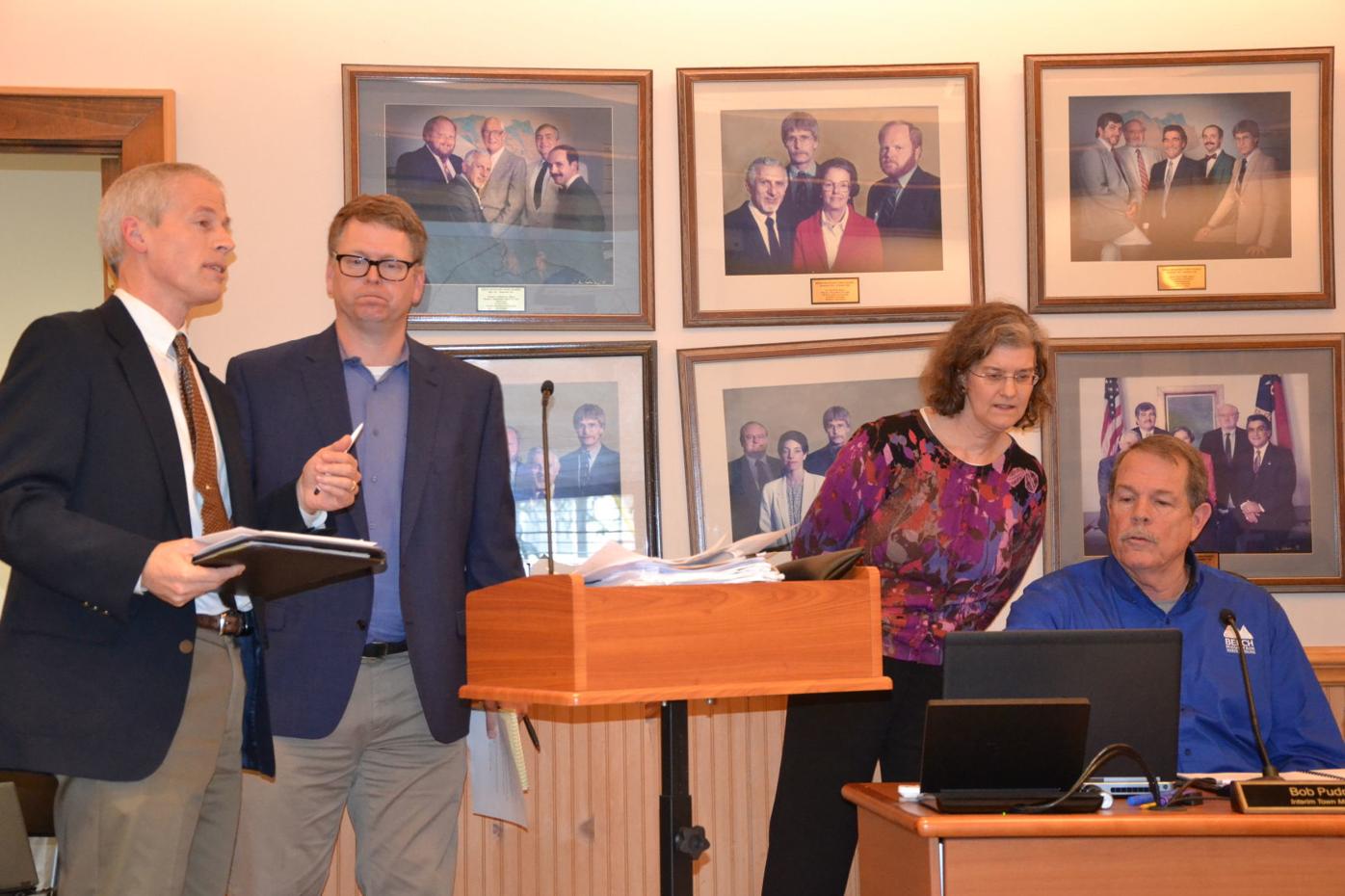 The new Beech Mountain Water Plant was completed in 2017.

BEECH MOUNTAIN — The town of Beech Mountain announced on May 19 that it has launched a website titled “Let It Flow” to keep community members up to date on its plans for a new water intake in the Watauga River.

“This project will secure a secondary supplemental water source for the town of Beech Mountain by drawing a small amount of water periodically (approximately 60 days a year) from the Watauga River,” the website states. “The water will travel from a small pumping station 7.2 miles to Buckeye Lake. This water source will only be used in times of drought, catastrophic emergency or if Beech Mountain’s current water system fails.”

The new intake — planned for a site near Guy Ford Road in Bethel — has been a topic of discussion in the community for much of the past decade. In 2013, the Watauga County Commissioners unanimously voted against a resolution of support for a river reclassification necessary for Beech Mountain to pursue the intake project. At the time, a number of residents of Bethel and the surrounding areas spoke against the project.

According to the website, in 2019, a water audit found that 59 percent of the town’s water supply was being lost due to leakage within the main water lines, pipes and connectors that were constructed in the 1970s.

“Leaks in the water system are being addressed by gradually replacing all galvanized steel pipe and faulty service lines, but this will take many years since there are over 60 miles of these lines,” the website states. “Fixing water loss, while important, will not be enough to ensure an adequate water supply for the town.”

The website states that the town explored alternative water sources, including upgrading its current water system, expanding Buckeye Lake, drilling wells, water tanker truck transfers and withdrawing from the Elk River before determining that a Watauga River intake was the best course of action.

“With this option the benefits outweigh the disadvantages. The Watauga River has ample supply of high quality water and it is separate from our current single source. Constructing an intake system would have hardly any interference with existing plant operations,” the website states. “The disadvantages of an intake project are a high capital cost and significant operation and maintenance expense. This option would also require the reclassification of the Watauga River to further protect the watershed as well as extensive permitting.”

The Beech Mountain Town Council voted in February to proceed with plans for the Watauga River intake, and the town also discussed its plan to “try to fix a certain amount of its water pipes each year.”

The vote met criticism from members of MountainTrue, an environmental nonprofit, who argued that Beech Mountain should repair its leaking water pipes to answer its water supply problem. MountainTrue representatives wore stickers that said, “Hey Beech Mtn, fix your pipes, save our river” and “Stop the Beech Mtn Water Grab.”

The cost of the project is estimated to be between $16 to $18 million, and construction could take five to seven years, according to the website.

The Let It Flow site was designed to provide information about the project, and it offers the public an opportunity to submit questions or comments by contacting the town directly from the website, according to the town’s announcement.

Details and statistics surrounding the town’s water use, supply and demand are included on the website, including one that states how much water the town will be pulling from the Watauga River on an as-needed basis.

“The (new) intake would only provide a supplemental, secondary source of water for the town of Beech Mountain. It will draw up to 500,000 gallons per day on an as-needed basis. For a simple reference, this would equate to drawing 20 fluid ounces (approximately 2.4 cups) out of a 50-gallon rain barrel,” the website states on its “Project Background” page.

Progress reports about the project will also be available on the Let It Flow website as they become available; however, the Project Timeline online states that it’s still in the planning phase and is expected to be until May 2021.

“This is an extremely important project for Beech Mountain,” said Interim Town Manager Bob Pudney. “We get our water from a very small lake called Buckeye Lake, and twice in the last eight years, that lake has gone dry due to drought. We need the Watauga River intake for emergency purposes only during times of drought to supply water to the town of Beech Mountain.”

Additionally, the website mentions that because “Beech Mountain is part of the Watauga River Watershed, the water will be treated and eventually returned to the river.” To increase its resources revolving around water treatment and quality, Beech Mountain funded a $4.8 million “state-of-the-art water treatment plant,” which was completed in 2017.

BOONE — The Watauga County Board of Commissioners adopted the 2020-21 budget on June 2 with a change to the county’s recommended fee schedule.

In response to the previous negative comment, I am "speaking my peace". The Town of Beech Mountain and its residents have no intention of harming the Watauga River, which we love to visit and enjoy. It is vital for residential water security that the town secure a secondary supplemental water source. Water from the river would ONLY be pumped to Beech in case of an emergency water shortage and the treated water would then be returned to the river. The Town of Beech Mountain is expending a significant amount of money to repair our aging pipes and make it less likely that we would have to resort to accessing the supplemental water supply. The Town is committed to taking the time and spending the money to do this right. I'm proud to be a Beech Mountain resident!!

Always love what the Town is doing for the community. This is just one more example of their hard work in bettering Beech. I'm glad to see they haven't given up on this important initiative.

The previous comment contains a host of factual inaccuracies about Beech Mountain and the Watauga Intake project. The Intake is intended solely to provide Beech Mountain with a secondary water source in times of drought. It is estimated the amount of water which would be drawn from the Watauga on about 60 days a year would be about 500,000 gallons or the equivalent of 2.4 cups from a 50 gallon rain barrel. The water would be used, not by multi million dollar developers, but by the citizens of Beech Mountain. After use, the water would be treated and returned to the Watauga. It is unfortunate that the prior commentator obviously did not visit www.beechmtnwater.com where one can find factual information about the Intake and Beech Mountain.

THE TRUTH SHALL ALWAYS WITHSTAND A LIE !

And The Truth is That the multi million dollar Devlelopers, in The Tiny Town

A National Treasure, This Gorge attracts Nature Lovers from around the nation to ride it's raids and fish it's precious waters.! The Developers will not rest until They Pave the Entire Summit of Beech Mountain. We Cannot Allow them to Drain our River during times of drought. The Tiny Town needs to repair it's leaky water pipes and all will be well. Speak Up River Lovers, Speak Up Lovers of the Wild. Now is the Time. This Tiny Town of only a few hundred people is spending thousands of dollars with a slick public relations firm to deceive us, lull us into thinking they have already sealed the deal.This is Not True. We Beat Them . . . Hands down in 2013 and with the help of those of You who love our New County Park, where they insist on putting their pumps, we can put this to rest, permanently. Step Forward, Speak Your Peace! Let Our River Be A River !