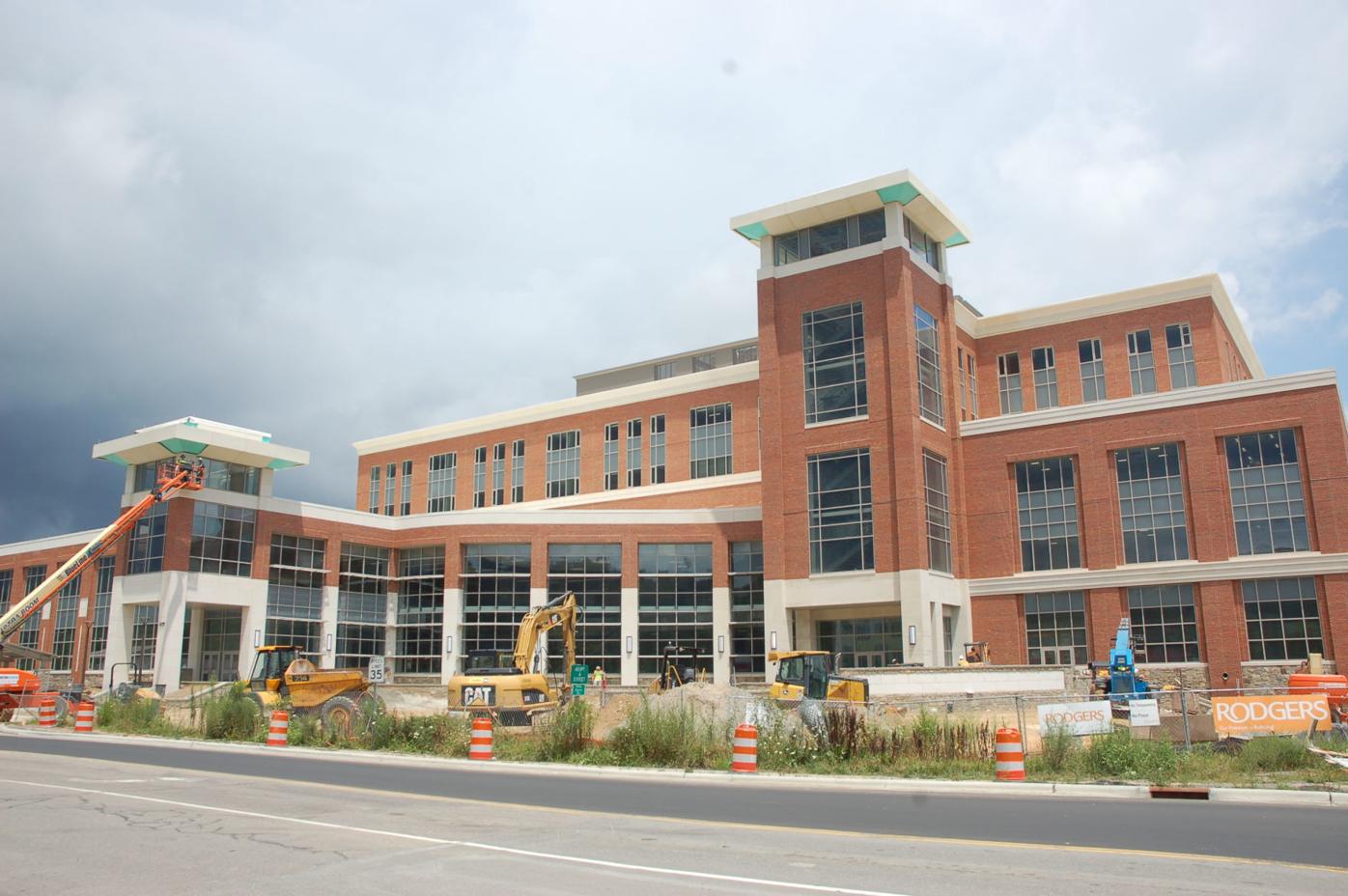 The 203,000-square-foot Levine Hall on the corner of State Farm and Deerfield Road as shown on July 30. 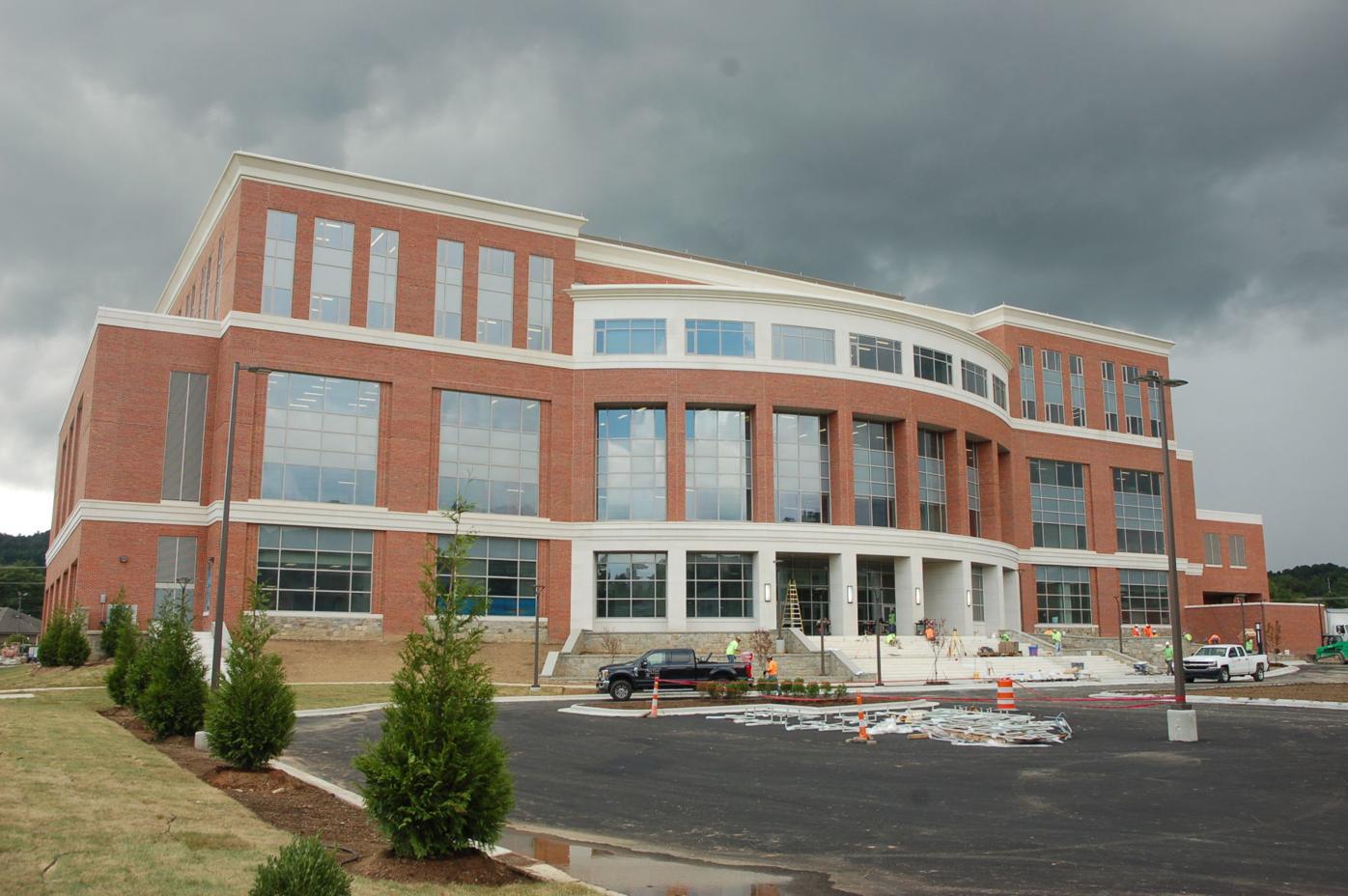 The back of Levine Hall, where parking is located.

The 203,000-square-foot Levine Hall on the corner of State Farm and Deerfield Road as shown on July 30.

The back of Levine Hall, where parking is located.

BOONE — After over two years of construction, the 203,000-square-foot Leon Levine Hall of Health Sciences is on schedule to open for the first day of Appalachian State’s classes Aug. 22.

“While the project remains on time and on budget and the building is scheduled to open in time for the start of classes next month, we are taking steps to ensure we have backup plans in place to prevent any disruptions should any last-minute delays occur,” Appalachian State University spokesperson Megan Hayes said.

A ribbon cutting event is scheduled for Friday, Sept. 21, at 1 p.m.

The four-story building will house 14 of 16 existing programs of ASU’s new college, the Beaver College of Health Sciences, which was formed in 2010. Levine Hall will also hold the Wake Forest Physician Assistant Program and the Blue Cross Blue Shield of NC Institute for Health and Human Services, ASU previously stated.

The $79 million building was partially financed by $70 million from the Connect NC Bond package and, according to Hayes, will be the first UNC system building funded by that bond package to be completed.

Nearly 3,500 students are enrolled in the BCHS, which offers 10 undergraduate degree programs and six graduate degree programs. Courses of study are organized into six departments: communication sciences and disorders; health and exercise science; nursing; nutrition and health care management; recreation management and physical education; and social work. Student growth in CHS has more than doubled since the college began, according to ASU, and more than 3,000 health science majors are currently pursuing degrees in 15 different program areas. It is now the second largest college at ASU.

The project was originally made possible by a 9.2-acre pledge by Appalachian Regional Healthcare System in 2012, with the deed being signed over in April 2016, a month after the Connect NC bond was approved by state voters on March 15, 2016.

“As we all know, we face difficult health care challenges in this country and in this region, and with the advent of this facility, Appalachian will be able to continue to tackle these challenges head on,” UNC system President Margaret Spellings said in Boone in April 2016. “This program will improve rural communities’ access to quality health care; it’s a model of efficiency, collaboration, creativity and the kind of resourceful solution that I’m confident will be just the start of great things around here.”

Groundbreaking occurred on June 23, 2016. LS3P Associates is the project’s architect, and Rodgers Builders of Charlotte is the construction manager at risk.

In December 2016, the project was the victim of fraudsters posing as Rodgers Builders who convinced ASU staff to forward more than $1.9 million to one or more companies operated by them, which was then laundered. It was announced in January that ASU would recover over $1.5 million after civil forfeiture proceedings, and a California man was indicted by a federal grand jury in March.

In January, ASU announced that the building would be named the Leon Levine Hall of Health Sciences after receiving a $5 million grant from The Leon Levine Foundation of Charlotte.

For $5M grant, ASU's health building to be named for Leon Levine

BOONE — Appalachian State University has received a $5 million grant from The Leon Levine Foundation of Charlotte. In recognition of their gen…