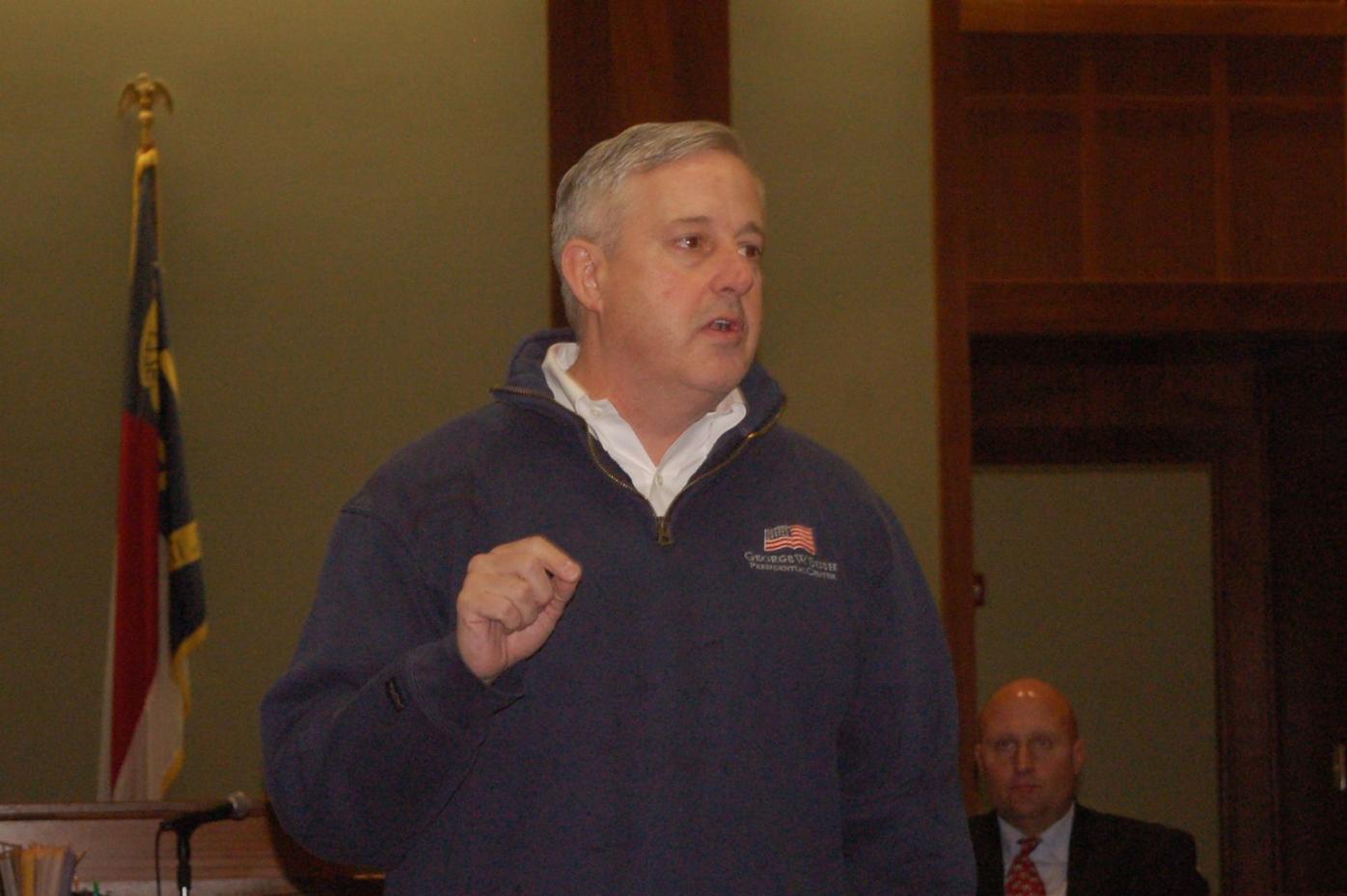 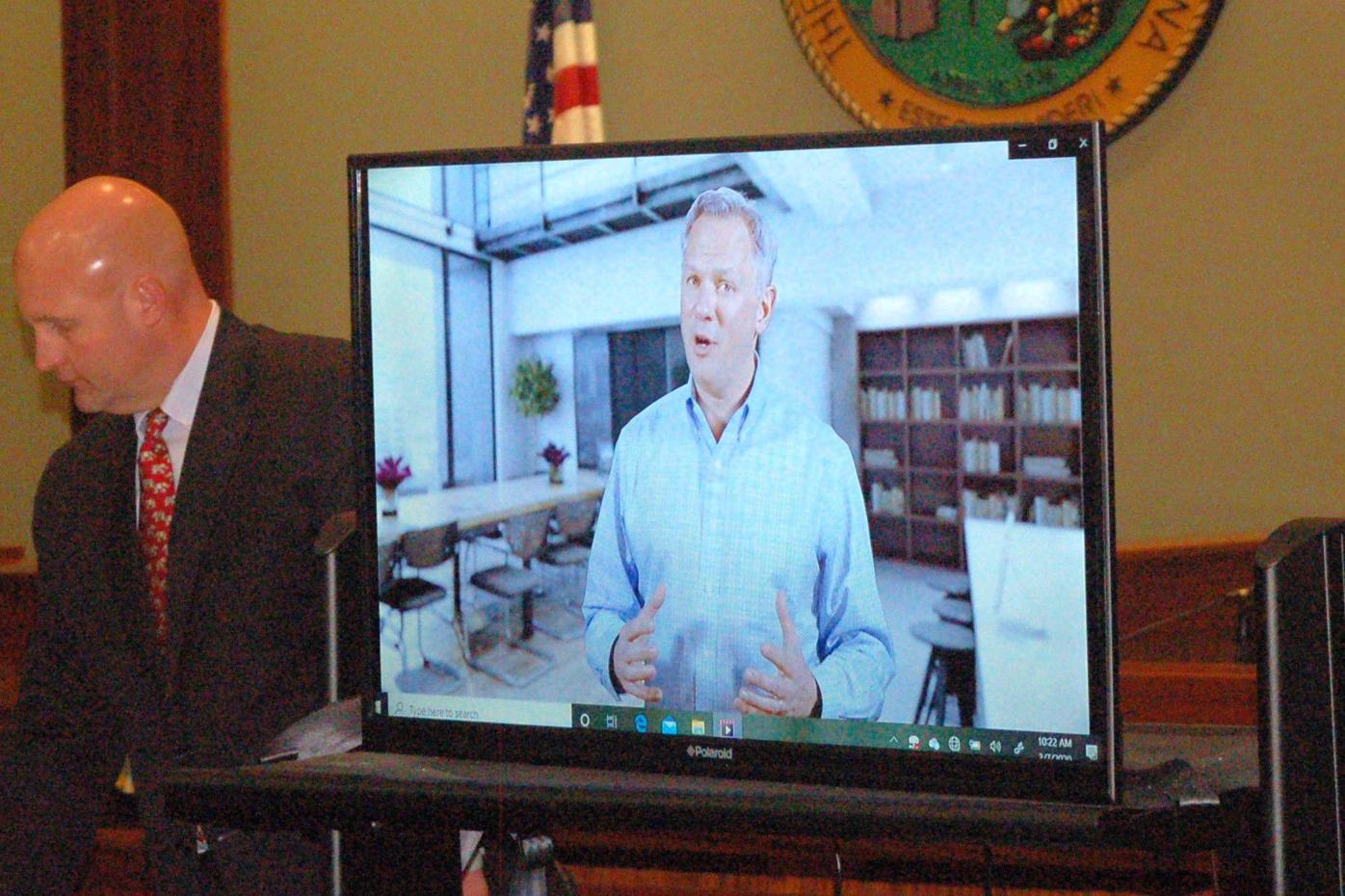 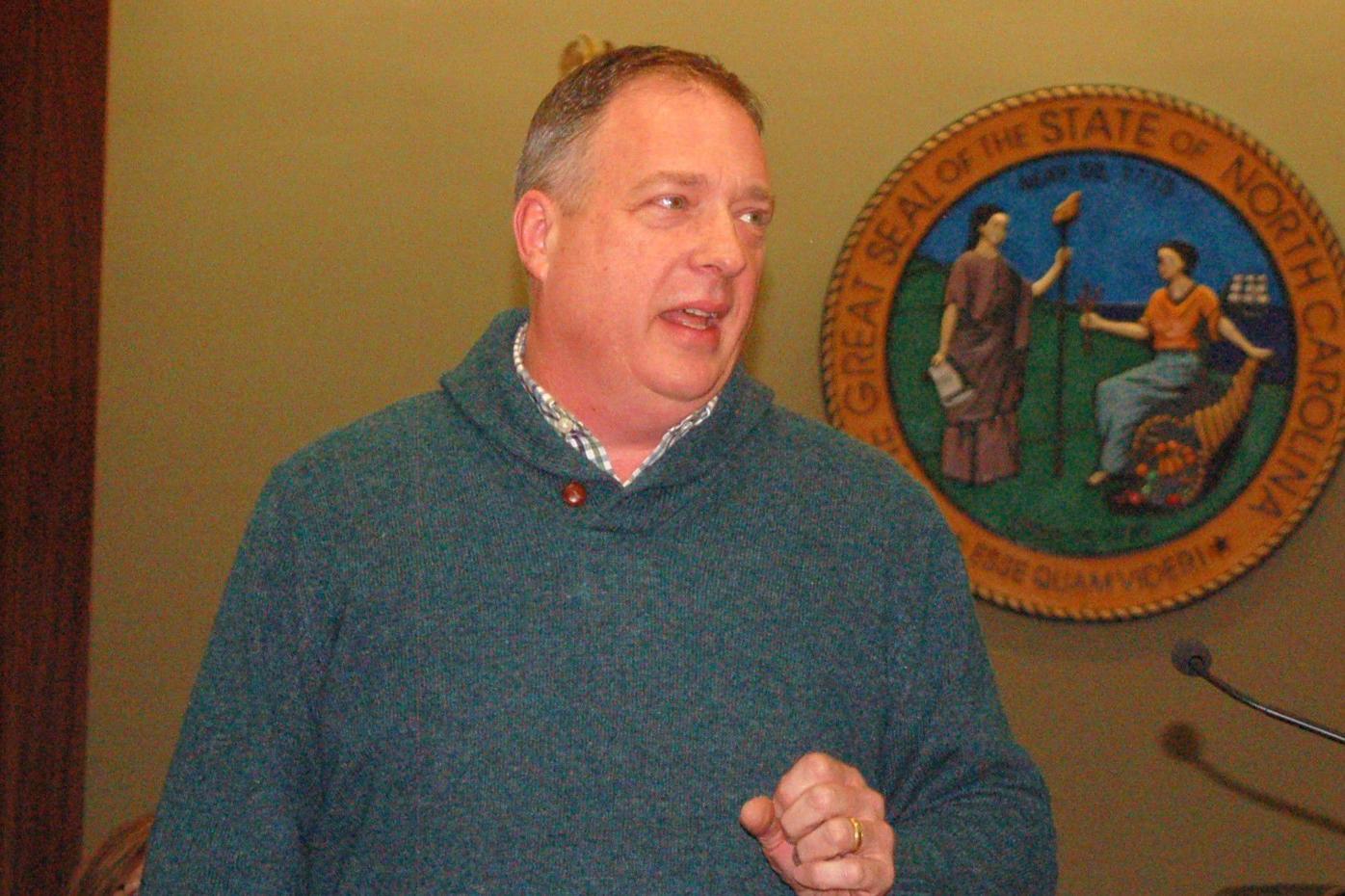 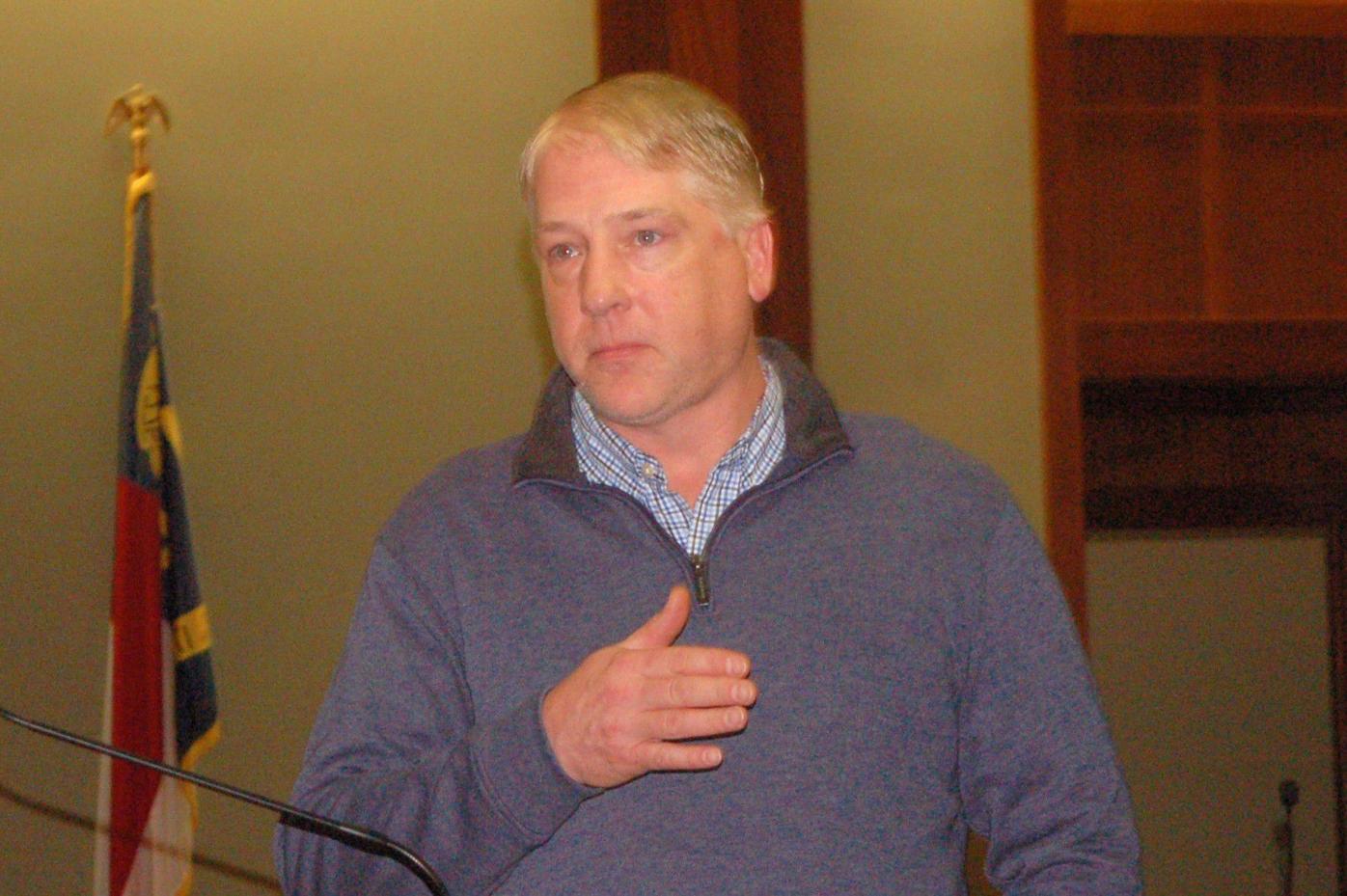 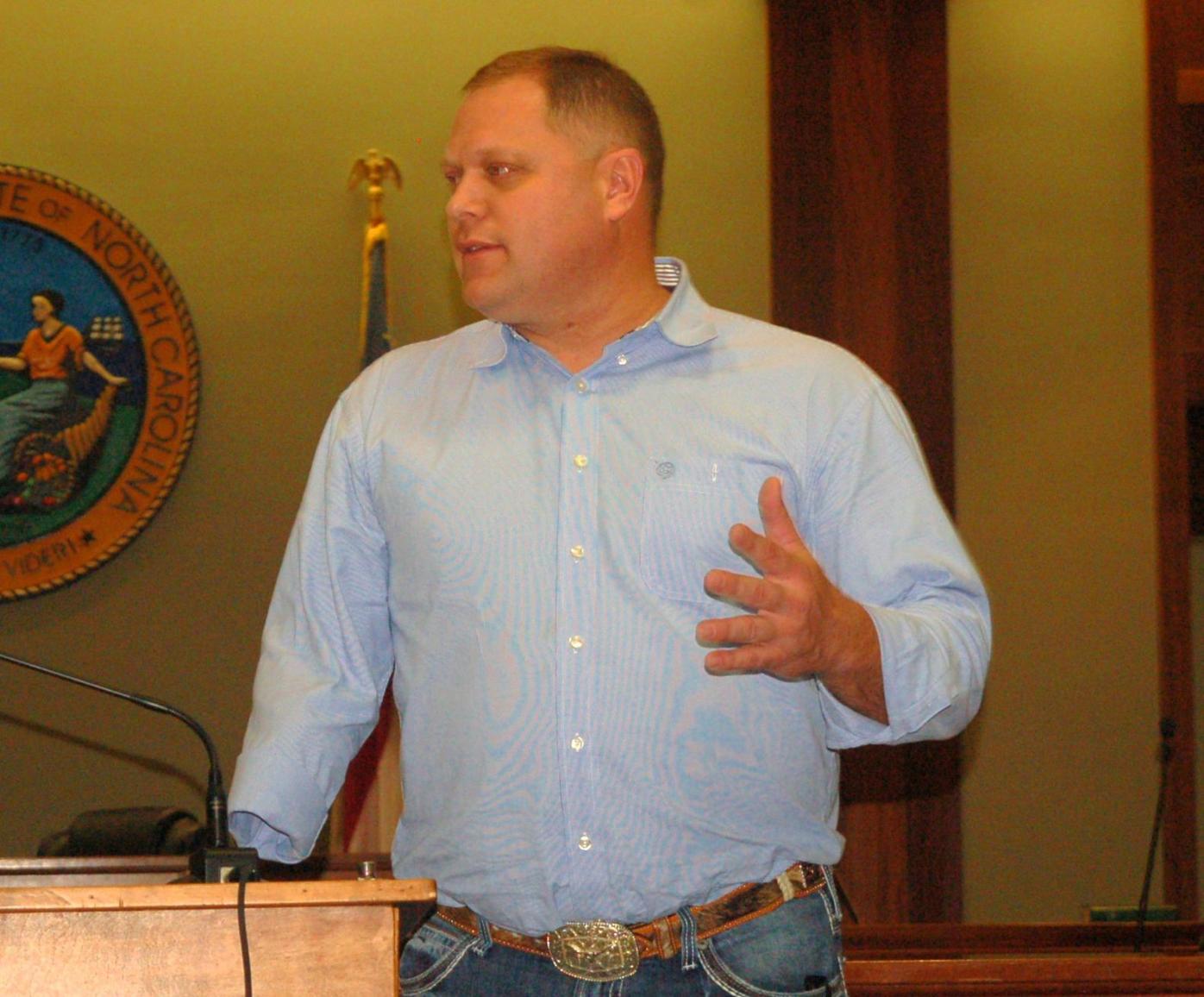 BOONE — Calls to action up and down the ballot this November, including efforts to reach out to Appalachian State University students, and the resignation of the party’s county chair took place at the Watauga County Republican Party’s annual convention on Saturday, March 7, at the Watauga County Courthouse.

Watauga County Republican Party Chair Karen Greene Lerch announced her resignation at the end of the event, but said she’s not stepping away from the party.

In her final address as party chair, Lerch implored the Republicans in attendance to avoid being lackadaisical, lukewarm and complacent in this election cycle.

“We’ve got to get out and work this time,” Lerch said. “Whatever you do, do it with all of your heart.”

Nathan Miller, N.C. GOP Fifth District representative, said that at the March meeting of the Watauga County Republican Party, people can send their nominees to the party’s executive committee, then they will likely be voted on. Miller said that depending on the “executive committee’s prerogative,” the final vote could be held off until April.

Before Lerch’s address, a number of candidates spoke to the crowd.

“Every single promise, the prophesies the president made, he has kept,” Whatley said of Trump.

Whatley said he would feel confident with Trump against either Democratic presidential candidates Joe Biden or Bernie Sanders.

“I cannot wait to see what the election cycle is going to look like … because all of Bernie (Sanders’) people are going to be furious that he got cheated, again, and they’re gonna stay home, again,” Whatley said. “Maybe if they actually, you know, find religion, they can come out and vote for Donald Trump because he’s the only guy that’s running for America.”

Whatley said that the Republican Party is the most unified in N.C. it’s ever been, saying that Republicans will win back super majorities in the N.C. General Assembly and that U.S. Sen. Thom Tillis and N.C. governor candidate Dan Forrest would win.

Forrest spoke to Watauga County in a video message, asking those in attendance to rally around him this November.

“Watauga County will be vital to our success,” Forrest said.

Whatley told the crowd that the N.C. GOP has resources to use to help campaign for candidates and asked for local leaders to step up.

“I want to go to Raleigh, I want to work for you,” Pickett said. ‘We need that super majority back.”

Watauga County Commissioners candidate Todd Castle said he’s looking forward to running in place of current commissioner Perry Yates, the lone Republican on the five-member commission, who is not seeking re-election. Castle also asked the crowd to recognize that there’s conservative voices at Appalachian State University, where he works, and to help rally their support.

“There’s a lot of great Christian conservative people who work at the university,” Castle said. “My son, who is a senior, has told me on multiple occasions that ‘dad, not all the kids here (at ASU) are liberals, they’re just a little more quiet.’”

Watauga County Commissioners candidate Bart Keller said he was tired of standing on the sidelines and that there were a lot hard-working people in the county that he wants to represent.

Watauga County school board member Steve Combs asked people to re-elect him, and asked the crowd to also vote for fellow Republican Jason K. Cornett, who lost his school board seat in the 2018 election.

Combs said they need a representative in Raleigh who can give Watauga County the ability to create its own school calendar, saying that every local school board should have that authority.

Cornett said that the registered Republicans in Watauga County need to get out and vote more in force.

Robert Zullu, field director for the National Republican Senate Committee and ASU senior, spoke on the importance of down-ballot races and reaching out to ASU students.

John Moncrieff, president of the ASU chapter of Turning Point USA, said that most college students are apolitical and that the Republicans need to reach out to them. Moncfieff also that he and his group will hit ASU hard with “Trump flags everywhere” in the next year.

Several resolutions were read and passed unanimously at the end of the meeting. The resolutions included: thanking U.S. Rep Virginia Foxx, thanking Yates, supporting gun rights and the right to self defense, protecting all human life, urging the N.C. General Assembly and U.S. Congress to enact a born-alive abortion survivors protection act, calling for the N.C. state legislature to support transparency and audit of the Federal Reserve System and opposing using the popular vote to elect the U.S. president.

BOONE — A month after the convention was originally scheduled, the Watauga County’s Democratic Party will hold its annual convention on a virt…