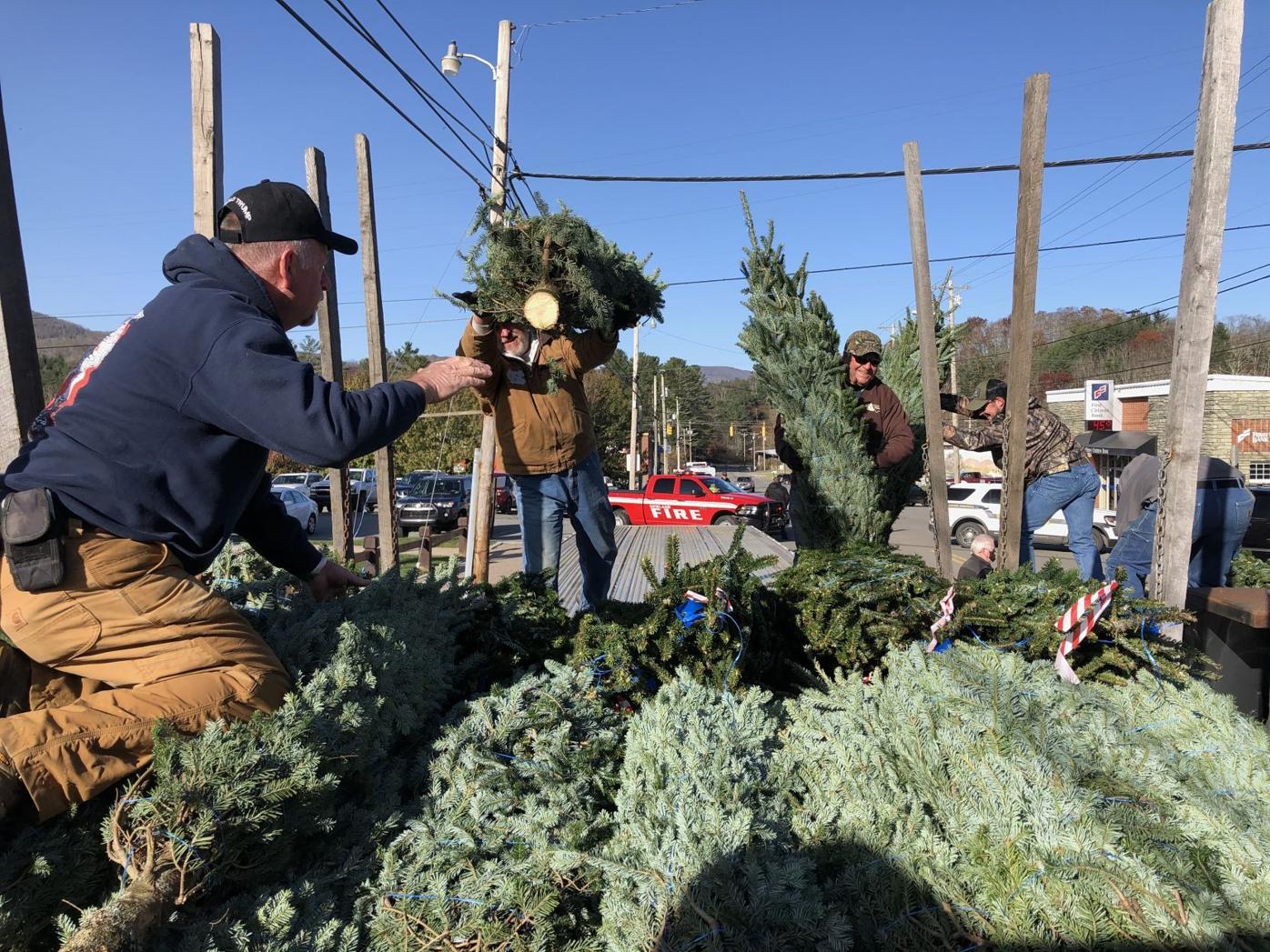 On the morning of Tuesday, Nov. 3, approximately 56 Christmas trees were loaded onto a flatbed truck and shipped to Washington, D.C., to be a part of the National Christmas Tree Lighting Ceremony. 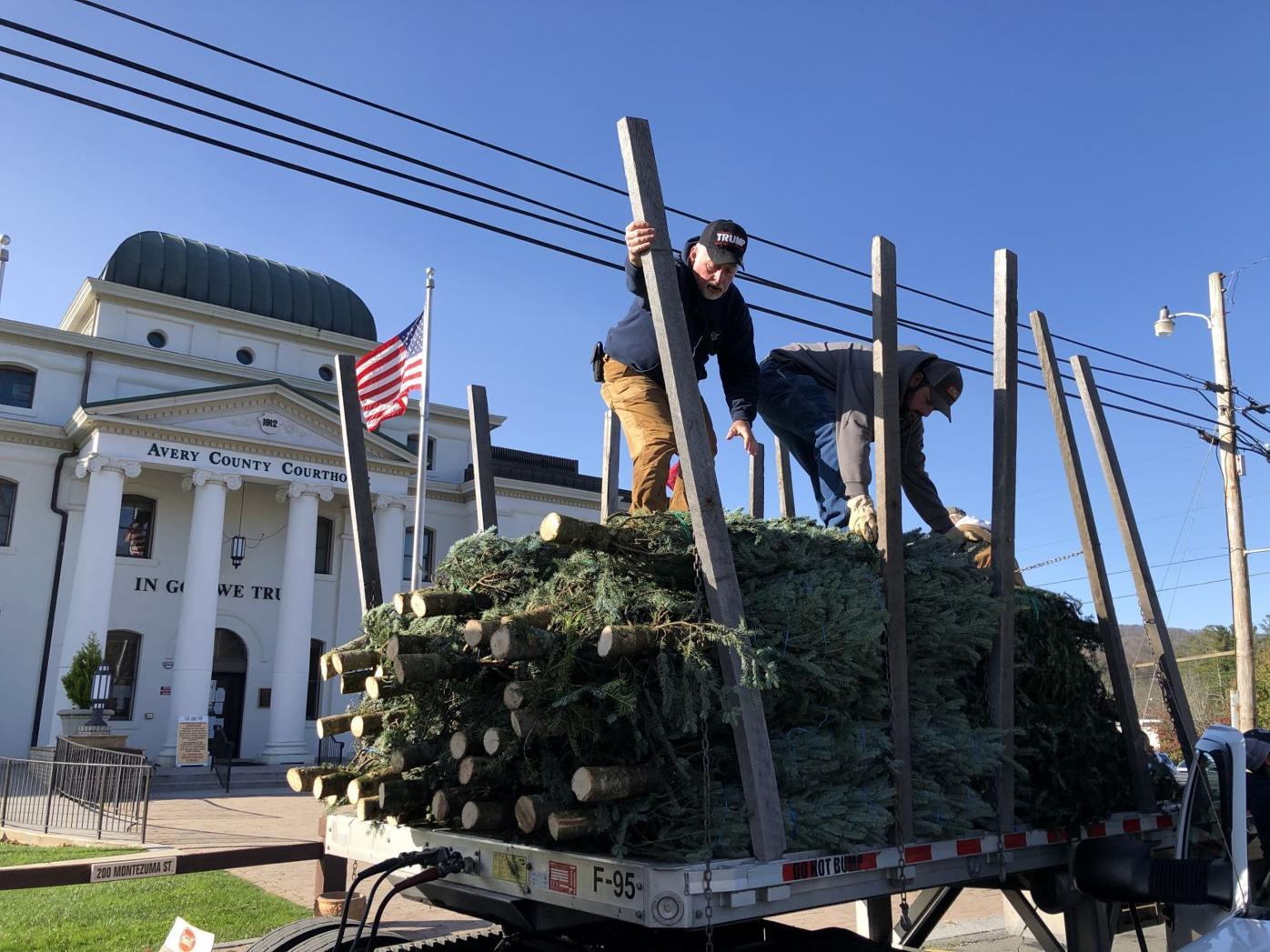 Approximately 56 Christmas trees get strapped in to the back of a flatbed truck to be delivered to Washington, D.C. 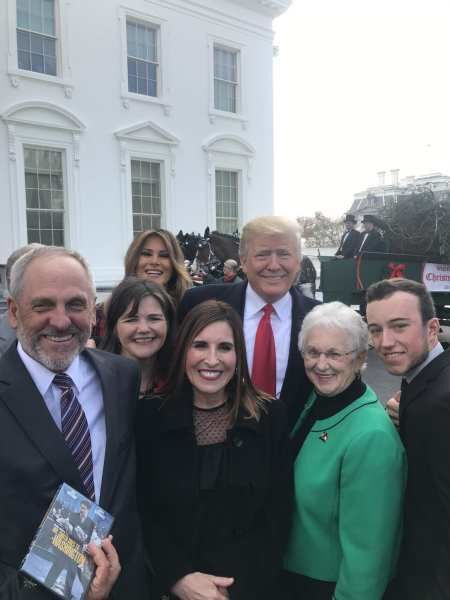 NEWLAND — Avery County Christmas trees are heading to Washington, D.C., once again, but this year instead of sending one large tree to stand in the Blue Room in the White House, Christmas tree growers Larry Smith, Lynn Smith and Dale Benfield sent 56 Fraser firs to the nation’s capital as part of the National Christmas Tree Lighting Ceremony.

The 56 trees represent the 50 states, five U.S. territories and the District of Columbia. The display of Christmas trees around The White House is part of a joint effort between The National Park Foundation and the Office of the First Lady of the United States. This year, the 98th National Christmas Tree Lighting Ceremony will be held virtually on Dec. 3.

The Avery Christmas trees will be in The President’s Park, which is the area between the White House and the Washington Monument. The trees surrounding the National Christmas Tree are referred to as the Pathway to Peace.

Larry Smith of Mountain Top Fraser Fir in Newland said that each state chooses a school to decorate the tree representing their state.

“That particular school in Nebraska (for example) will make 24 ornaments. Then they’ll hang the ornaments on those trees,” Smith said. “They’re going to make it a one-way path. Usually you can just walk and mingle, but it’s going to be a little bit different this year.”

Tommy Burleson added that the early winter weather the county has experienced this year has made for ideal conditions for harvesting the trees.

“We’ve had a really good growing season, a lot of rain. The breeze this last weekend really gave us a good needle set. It’s just been a really awesome season,” Burleson said.

The 56 trees are heading to Washington just in time for the start of the Christmas tree choose-and-cut season in the county. Growers across the region will begin to see an influx of tourists and visitors looking to bring pristine trees back to their homes in time for the holidays.

“If this past October is any indication of what choose-and-cut season is going to be like, I think there is definitely going to be a lot of people,” North Carolina Christmas Tree Association Director Jennifer Greene said.

Wholesale growers like Larry Smith begin harvesting trees around the last week of October and begin taking them to loading yards where the trees are kept until they are ready to be shipped. However, the majority of growers will begin cutting in the first and second weeks of November. The biggest shipping week is usually on the week of Thanksgiving and the following week, in which trees are sent to retail lots across the state and country.

Avery County’s specialty is the Fraser fir, which is native to the southern Appalachian mountains and named after Scottish botanist John Fraser. Avery County is the nation’s largest producer of the special tree. In fact, 94 percent of Christmas trees produced in North Carolina are Fraser firs.

“The Fraser fir has superior needle retention. They have a really pretty blue, green color. They smell wonderful, which is a lot of what they’re known for. Fraser firs can hold their needles longer than a lot of other types of Christmas trees after they’ve been cut, so that makes them very desirable,” Greene added. “They also have good branches for decorations, because they’re pliable but still strong. The Fraser fir is the Cadillac of Christmas trees.”

Additionally, the vast majority of Christmas trees produced in the state are grown in Western NC, which is primarily six counties that include Avery, Watauga, Ashe, Alleghany, Mitchell and Jackson counties.

In 2018, Smith delivered one of Avery County’s famous Frasers to be displayed in the Blue Room at the White House. The achievement was part of a competition in which growers compete through the state, regional and national Christmas tree associations. Greene said that as part of the competition, North Carolina Christmas trees have been to the White House more than any other state in the nation, a total of 13 times.

“Kermit Johnson in 1971 was the first (grower) from Avery County to take a Christmas to the White House (to stand in the Blue Room). That competition has actually been going on since 1966,” Greene said. “At least 20 years prior to 2018, the Hudler family from over in Ashe County actually supplied those trees. They were no longer able to do that anymore. So Larry, since he was already going to the White House, was approached about providing those trees. (Larry, Lynn and Dale) actually donate these trees to the National Park Service.”

Greene says that as long as Larry Smith is willing to continue to provide the trees and work with the National Park Service, Avery residents can rest assured that the county’s famous Frasers will be well represented in Washington each year.