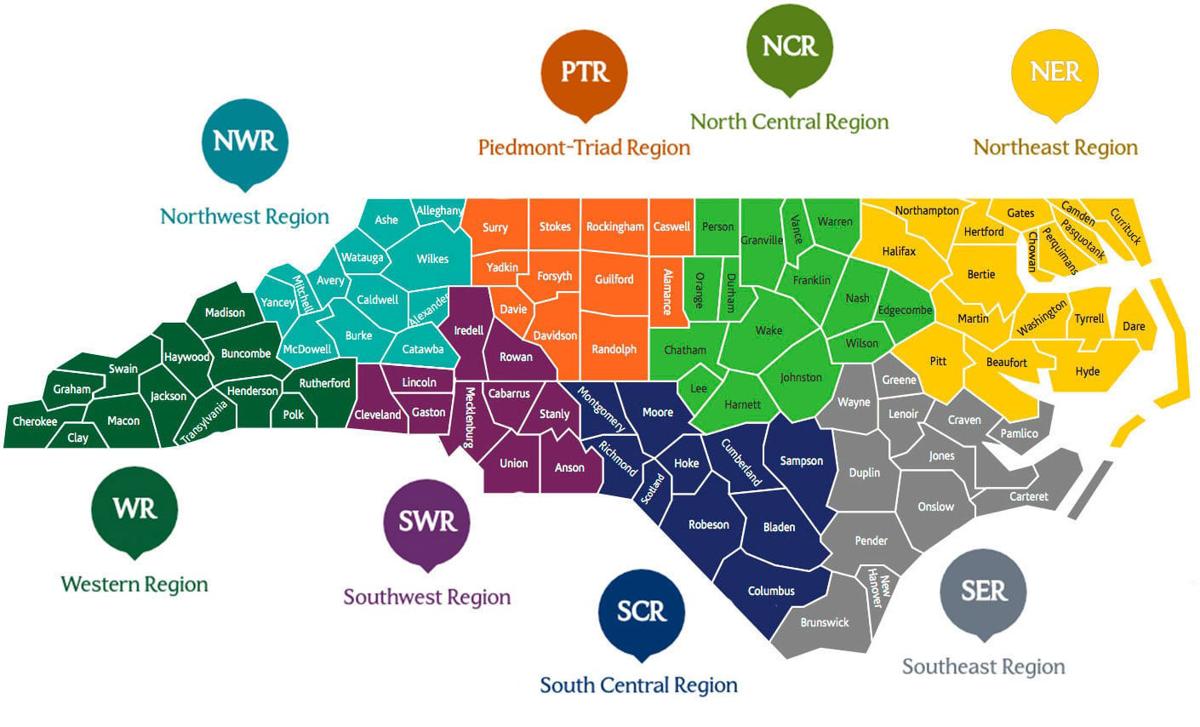 North Carolina is divided into eight economic prosperity zones, ranging from 11-17 counties each and in population from 500,000 people to 2 million people.

North Carolina is divided into eight economic prosperity zones, ranging from 11-17 counties each and in population from 500,000 people to 2 million people.

ROCKY MOUNT — A 12-county area including Watauga, Ashe and Avery counties is targeted for an $11 million grant initiative designed to boost economic transformation in rural areas.

“The Golden LEAF Foundation is pleased to announce its Community-Based Grants Initiative in the Northwest Prosperity Zone,” the organization said in a Jan. 22 statement.

The Golden LEAF Foundation, based out of Rocky Mount, is an endowment nonprofit that receives 50 percent of annual payments made by cigarette manufacturers, as mandated by the Master Settlement Agreement in the late 1990s.

The Community-Based Grants Initiative, one of the numerous grant programs Golden LEAF offers, cycles through each of the state’s eight “prosperity zones,” each of which consists of between 10-17 counties and with populations from half a million up to 2 million people. In 2020, Golden LEAF is offering the Community-Based Grants Initiative in the Northwest and Sandhills prosperity zones.

The last time the grant program was available in the Northwest Prosperity Zone was 2014-15, according to Golden LEAF. The nonprofit awarded grants to 11 entities worth $6.455 million combined. Watauga County did not receive any grants in that cycle. The Northwest Prosperity Zone includes Alexander, Alleghany, Ashe, Avery, Burke, Caldwell, Catawba, McDowell, Mitchell, Watauga, Wilkes and Yancey counties.

According to Golden LEAF, grant awards will typically be limited to one to three projects per county and total no more than $1.5 million per county, although not all counties will have funded projects. Matching dollars toward the project from the applicant or other funders helps to make an application more competitive.

Golden LEAF spokesperson Jenny Tinklepaugh stated that coaching sessions and trainings are open to anyone who is interested in helping build economic advancement; however, the grants are only available to 501c3 nonprofits and governmental entities.

According to Golden LEAF, the initiative is designed to identify those projects that are ready for implementation and have the potential to have a significant beneficial effect. Grants are limited to projects that address economic development, agriculture, education, workforce development, infrastructure and health care infrastructure. County managers serve as liaisons for the process and will select which applications are submitted to Golden LEAF, but the submitted grant applications do not have to involve a government entity.

“The Community-Based Grants Initiative focuses on regional needs for economic growth,” said Golden LEAF President and Chief Executive Officer Scott T. Hamilton in a statement. “This initiative provides Golden LEAF the opportunity to work directly in regions with community leaders, identify strategic economic development projects that are ready for funding, and provide a higher level of funding than our Open Grants Program.”

Golden LEAF is also working with the N.C. Rural Center on the initiative, which will also provide coaching to potential applicants.

“It is a focused process that culminates with grants targeted toward investments in the building blocks of economic growth,” Golden LEAF stated.

The first meeting of the initiative in the Northwest Prosperity Zone will be held starting at 9 a.m. on Wednesday, Feb. 19, at the J.E. Broyhill Center in Lenoir. Watauga County Planning and Inspections Director Joe Furman said a lot more will be understood about the process after that meeting. The letter of inquiry application process will be live in fall 2020, according to Golden LEAF. For more information on the initiative, visit www.ncruralcenter.org/leadership/regional-leadership-project.