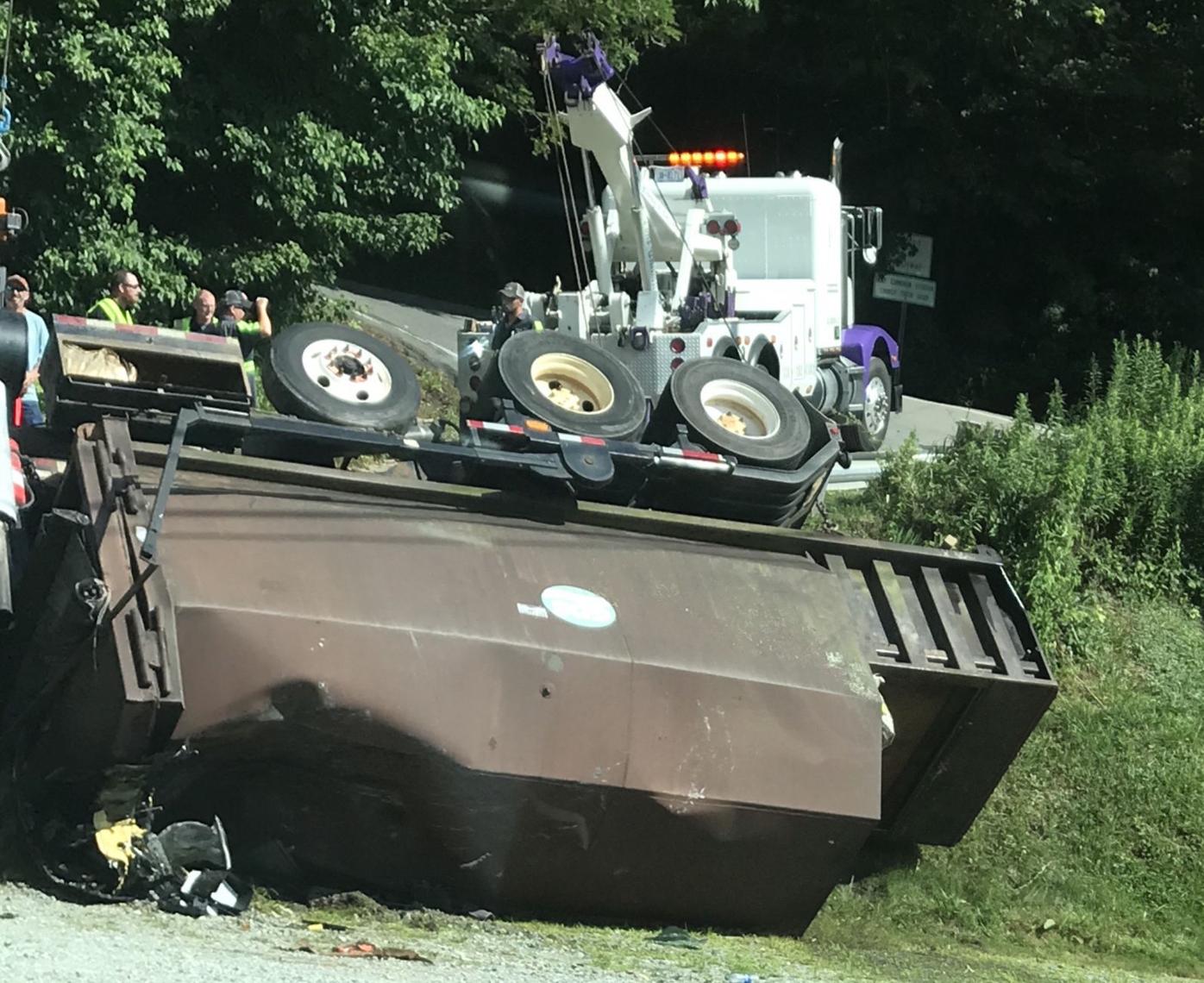 A garbage truck sits overturned off of Clarks Creek Road in Foscoe.

A Toyota Scion is crushed on the back of a tow truck after a wreck on July 30.

A garbage truck sits overturned off of Clarks Creek Road in Foscoe.

A Toyota Scion is crushed on the back of a tow truck after a wreck on July 30.

FOSCOE — The driver of a garbage truck is OK after his vehicle overturned onto an unoccupied parked car off of Clarks Creek Road in Foscoe on July 30.

N.C. State Highway Patrol Trooper J. Hodges responded to the 9 a.m. call, and says he believes the cause of the wreck was due to brake failure. Hodges said the garbage truck — owned by Republic Services — was traveling down Clarks Creek Road toward N.C. 105. The vehicle appeared to have “lost its brakes on a steep grade,” he said.

The garbage truck — driven by Tyler Watkins, 31, of Purlear — veered off of the left side of the road, traveled through a guardrail and overturned. The vehicle landed on its drivers side on top of a 2016 Toyota Scion parked below the embankment in a nearby business parking lot. Hodges said no one was in the Toyota Scion.

The garbage truck sustained about $3,500 in damages, and the Toyota Scion had about $20,000 worth of damages. Watkins had not been issued any citations as of later that day, but Hodges said the investigation was ongoing. Foscoe Fire and Watauga Rescue also responded to the call. Hodges said Clarks Creek Road traffic was closed for two hours while crews cleared the scene.