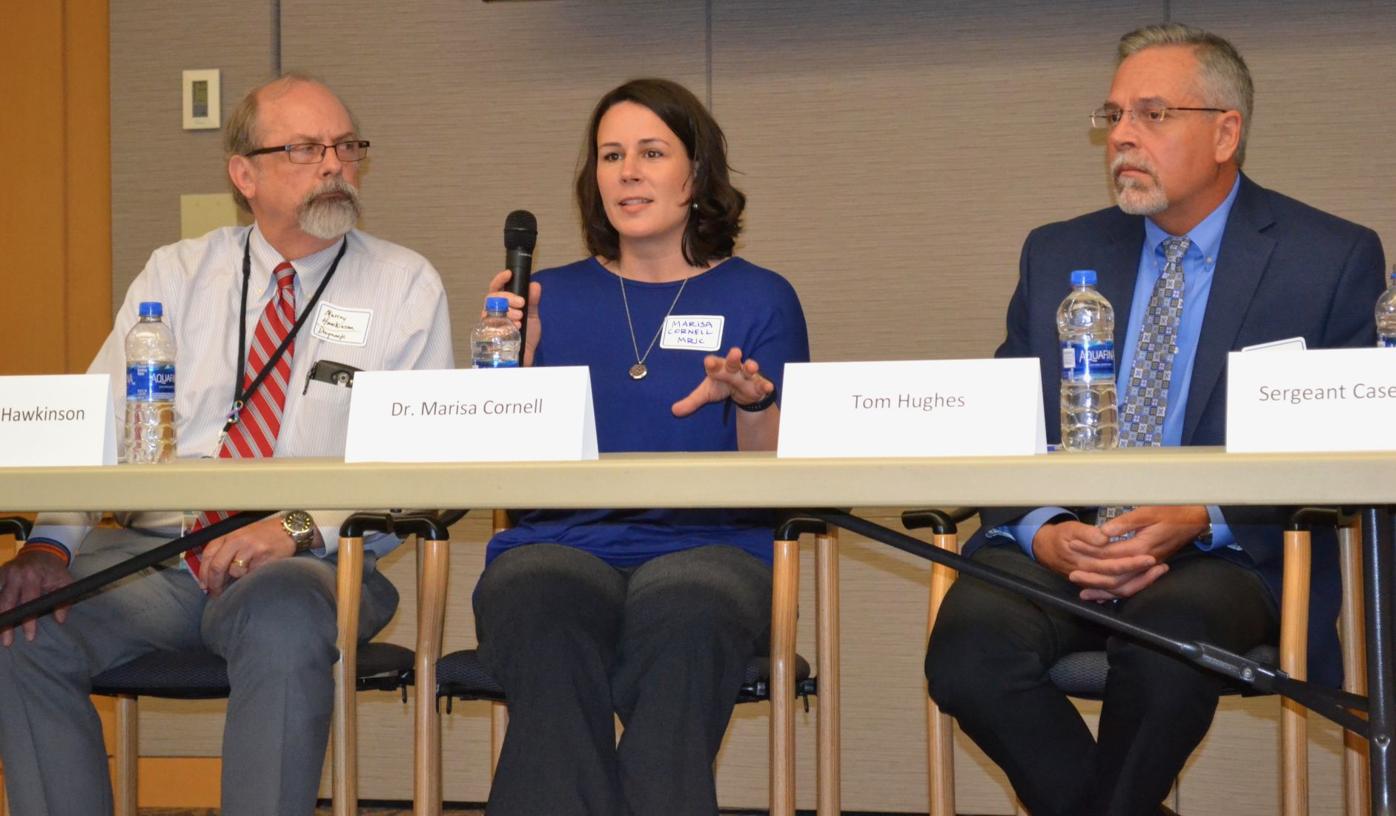 Marisa Cornell, middle, — the executive director at the Mediation and Restorative Justice Center — speaks on a panel alongside Murray Hawkinson, right, the clinical site director at Daymark Recovery Services, and Tom Hughes, left, the director of Watauga Department of Social Services. 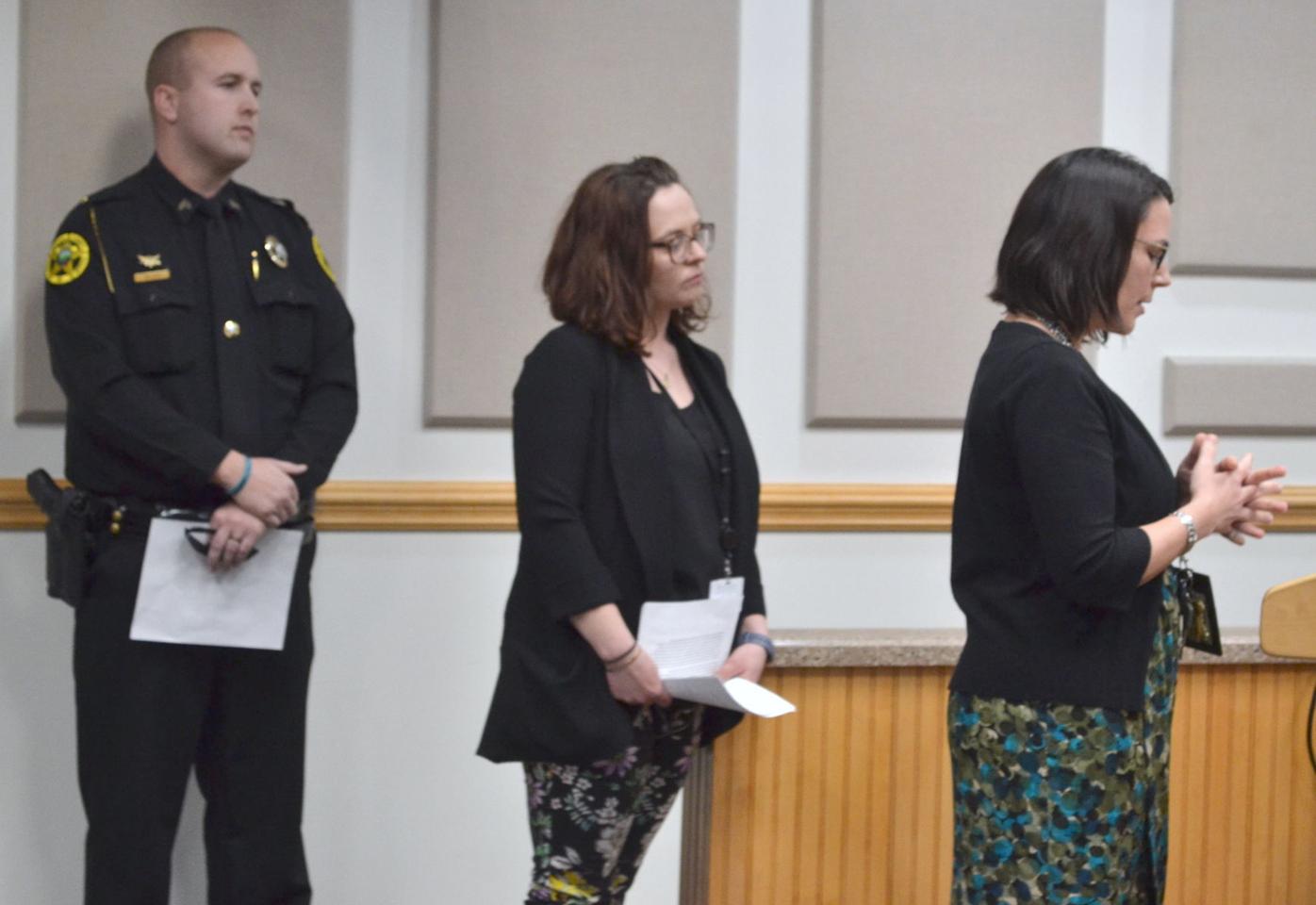 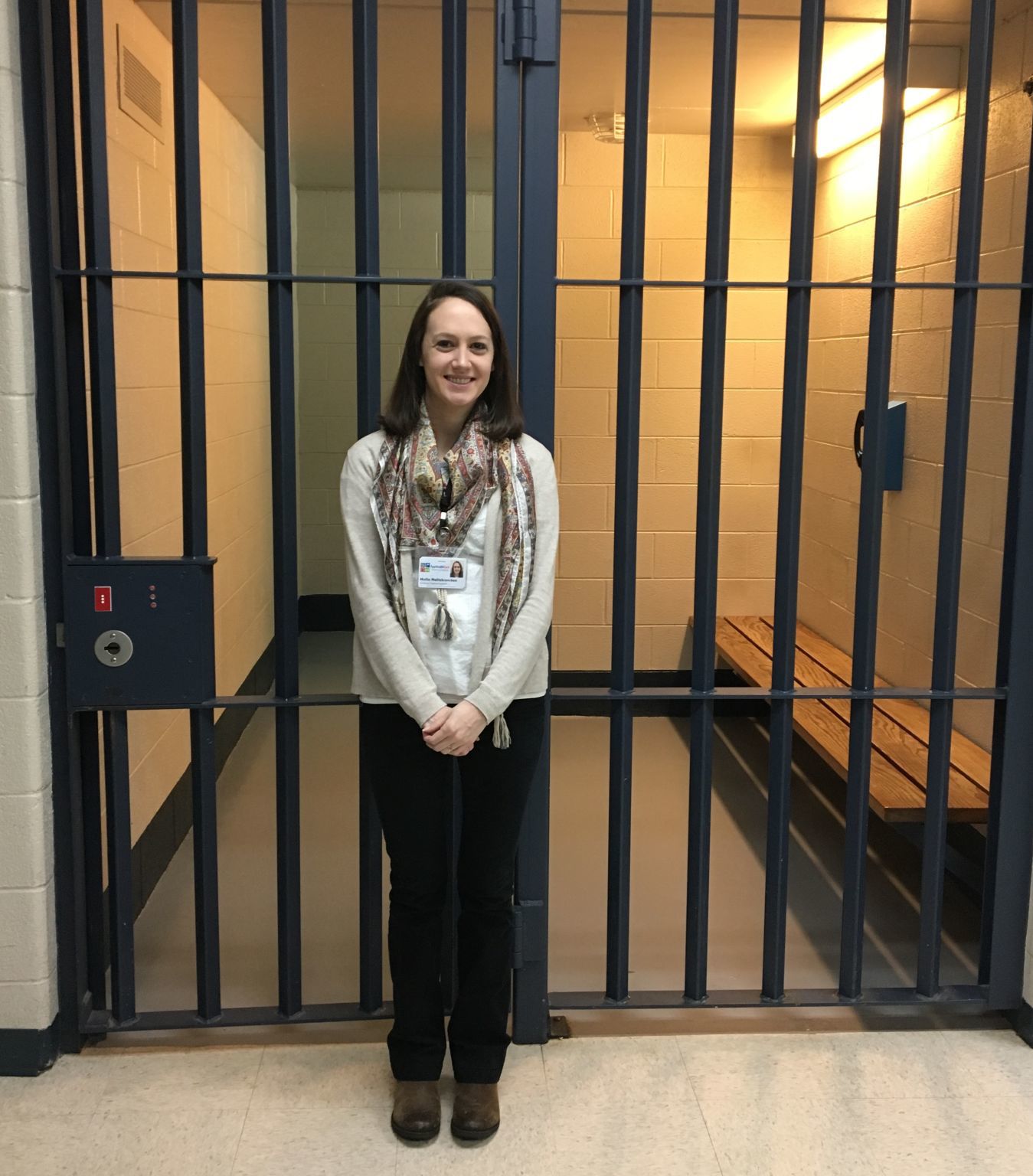 Marisa Cornell, middle, — the executive director at the Mediation and Restorative Justice Center — speaks on a panel alongside Murray Hawkinson, right, the clinical site director at Daymark Recovery Services, and Tom Hughes, left, the director of Watauga Department of Social Services.

BOONE — AppHealthCare and the Mediation and Restorative Justice Center received a three-year federal allocation in excess of $550,000 to re-establish an in-jail recovery program and establish a pre-booking diversionary program to combat the opioid epidemic in Watauga County, the organizations announced Oct. 11.

“It’ll allow us not only to launch a program and scramble to sustain it, but get it established, run the program, do data collection, find out what’s working, what we need to change and have a big impact,” said Marisa Cornell, executive director of the Boone-based Mediation and Restorative Justice Center.

“Combined, these programs will strengthen the relationship between first responders, behavioral health professionals and local service providers to meet the complex needs of our community,” AppHealthCare stated on Oct. 11.

The grant is through the Comprehensive Opioid Abuse Site-based Program, which is under the Bureau of Justice Assistance of the U.S. Department of Justice.

“MRJC is interested in reducing the harm caused by unresolved conflict, litigation and incarceration that can come along with the opioid crisis,” stated Cornell on Oct. 11. “We are excited to continue to work with our community to promote respect, peace, productivity and safety and to reduce the negative impacts of the opioid crisis.”

According to Cornell, the MRJC is going to be the primary subgrantee for programs and personnel, and AppHealthCare is the fiscal agent for the grant. The Watauga County Sheriff’s Office is also involved in the COAP grant, although not a direct recipient of it.

The jail recidivism reduction program was started by then-Appalachian State University graduate student Mollie Mellishrencken in 2018, who eventually was brought on to the Watauga County Detention Center staff full time to continue the work she started as an intern.

The position was funded by a grant obtained through AppHealthCare, which expired in June.

The LEAD program is a pre-booking diversion pilot program to address low-level drug and prostitution crimes, which was originated in King County, Washington. The program is designed to allow law enforcement officers to redirect low-level offenders engaged in drug or prostitution activity to local resources instead of arresting and incarcerating them.

The idea is have a LEAD case manager who would be able to help link people to resources, such as substance abuse treatment, mental health treatment, housing, clothing, job searching or other things a person may need.

Going forward, Cornell said there’s still some training and logistics to work out before the grant money starts coming in. However, Cornell said the infrastructure for starting the programs is already in place, which puts Watauga County in a good position.

“It shouldn’t take too long to get this set up,” Cornell said.

COAP’s purpose, according to the Oct. 11 statement, is to “provide financial and technical assistance to plan, develop and implement comprehensive efforts to identify, respond to, treat and support those impacted by the opioid epidemic who come in contact with or are at greater risk of involvement with the criminal justice system.”