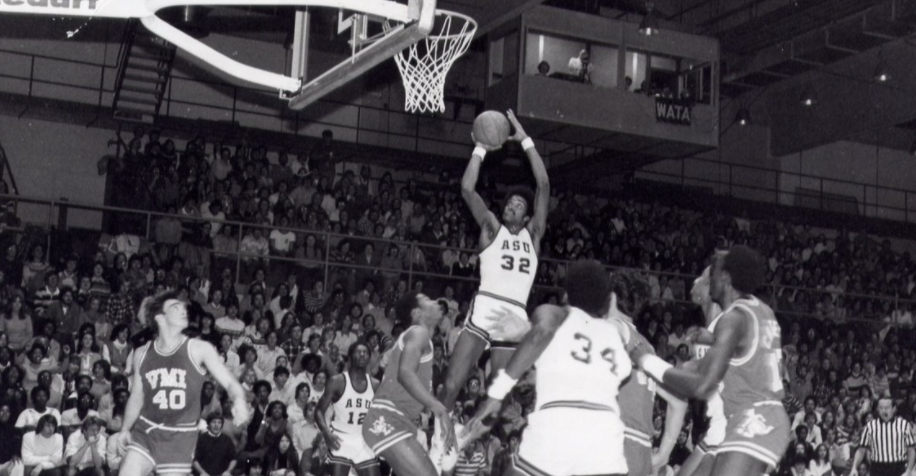 Mel Hubbard played for the App State men’s basketball from 1975 to 1979 and was part of the team that took App State to it’s first NCAA basketball tournament. 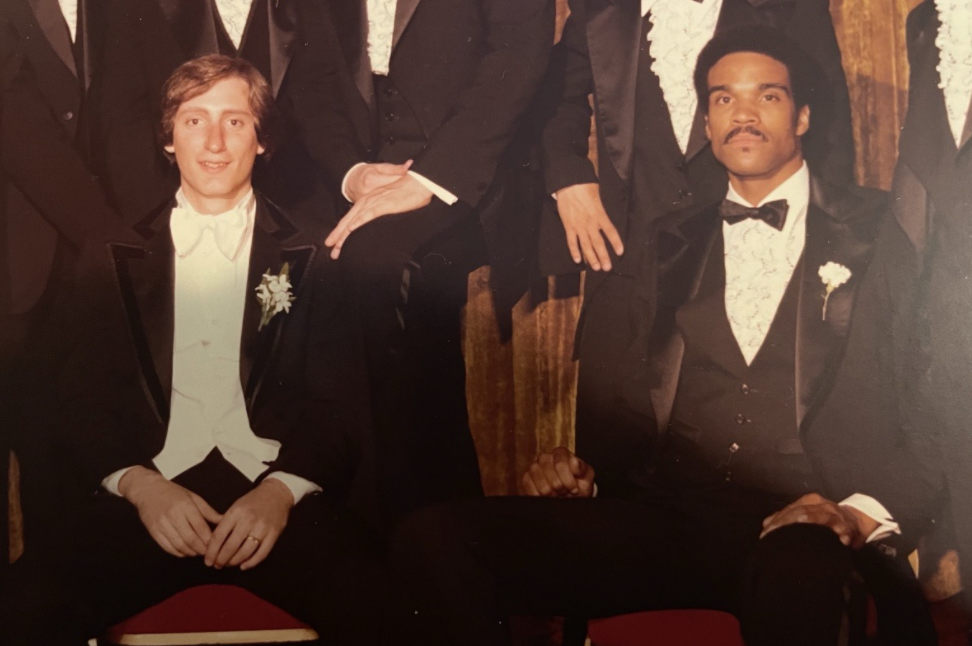 Mel Hubbard and Scott Levy are pictured together at Levy’s wedding in 1980.

Mel Hubbard played for the App State men’s basketball from 1975 to 1979 and was part of the team that took App State to it’s first NCAA basketball tournament.

Mel Hubbard and Scott Levy are pictured together at Levy’s wedding in 1980.

ISRAEL — In 1979, he was a star for the App State’s men’s basketball team, but now Mel Hubbard needs help after his home was destroyed during the conflict between Israel and Hamas.

Hubbard played for the App State men’s basketball team from 1975 to 1979 and was part of the first Mountaineer team ever to make the NCAA tournament in 1979. After college he played overseas in a few places before settling in Israel in the mid to late 1980s.

About a month ago, Hubbard moved into a new apartment in Israel, and two weeks later a bomb went off in the middle of the street during the 11-day conflict between Israel and Hamas. Hubbard said the bomb damaged quite a few buildings including his own.

When Scott Levy, Hubbard’s best friend from high school, heard about what happened he knew he had to help. Levy had seen a video Hubbard posted on Facebook showing the damage to his apartment.

Hubbard and Levy didn’t become friends until 11th grade when they hit it off and later both played for their high school basketball team their 12th grade year.

“We were inseparable at that point,” Levy said. “We did every single thing together. We hung out with each other every day and it was just a great friendship.”

After they both graduated high school they went their separate ways — but stayed closes — as Hubbard attended Appalachian State University.

“I had a great time,” Hubbard reflected during a phone interview. “We had the Blue Ridge Parkway, barbecues, jumping into the lake. It was the best time I’ve ever had. It was really, really, really enjoyable to me.”

Hubbard fondly recalled playing pickup basketball games with his teammates and other students, swimming in different places around the area and stealing cafeteria trays to sled down hills in the winter.

But it wasn’t all fun and games — well, maybe some games — for Hubbard at App State. On the basketball team, Hubbard led the team in rebounding for three of his four years — he was injured the one year he didn’t — and led the team in field goal percentage back-to-back years from 1975 to 1977.

He fifth all-time in rebounds at App State with 926 career rebounds and ranks No. 32 in points scored for App State with 1,070. Hubbard was also an All Southern Conference First Team selection his senior year. But he wasn’t just a basketball star.

Hubbard was an outdoor high jump champion for the App State track and field team for three straight years.

“I was a king,” Hubbard said. “Especially in my junior and senior year because I did so much with track and field and basketball. They used to call me ‘Hubbardism.’”

But students weren’t the only ones who thought Hubbard was a great student and athlete.

“Mel Hubbard is a fantastic person,” said Bobby Cremins, the coach of the Mountaineers from 1975 to 1981. “He’s one of my favorite players.”

Cremins said he hadn’t talked to Hubbard in a long time, but remembered him fondly during his time at App State.

“One of the most well liked kids you could possibly see,” Cremins said. “I love Mel. He was a very special player for us.”

Cremins said that he was surprised Hubbard didn’t come back to the United States after playing in Israel as he hasn’t seen him since he left App State. But for Hubbard, it wasn’t necessarily his choice.

“I got trapped in here for 18 years,” Hubbard said. “Eighteen years without getting out of the country. Israel was my prison.”

During his career overseas, Hubbard said he had issues with the way his teams handled his payment for his work. Finally, Hubbard obtained a lawyer who was able to help him figure out his finances and what was needed for him to travel back to America about 12 years ago.

He went back to Israel and said he again became “trapped” due to issues with the government.

“I’ve been over here almost 40 years and I’ve kind of made it in my home,” Hubbard said. “I love Israel, but it has become hard.”

When Hubbard’s apartment was destroyed, Levy wanted to help beyond the money he sent to him. Levy also created a GoFundMe page to help raise money for him.

Before his apartment was destroyed — along with most of his possessions — Hubbard had been out of work due to COVID-19 and did not have an income for some time.

Once Levy created the GoFund Me, he sent it out to their old high school friends and to players from basketball camps the two did when they were younger.

“It’s about a new beginning for him,” Levy said.

Those who want to donate to Hubbard’s Go Fund Me can do so at tinyurl.com/k4x3enjh.

And one day soon, once he’s back on his feet, Hubbard hopes to return to the place where he was once a king: Boone.