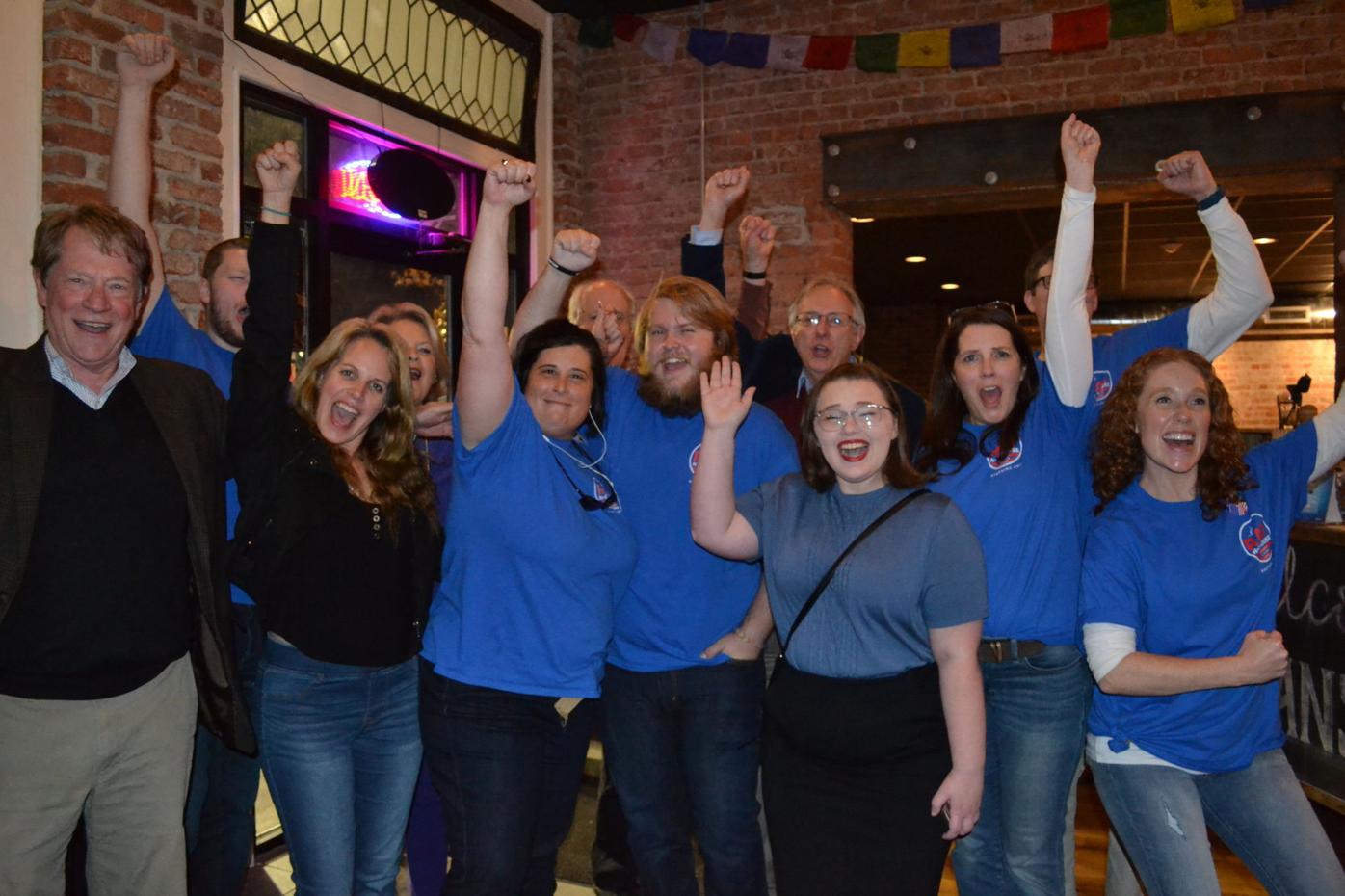 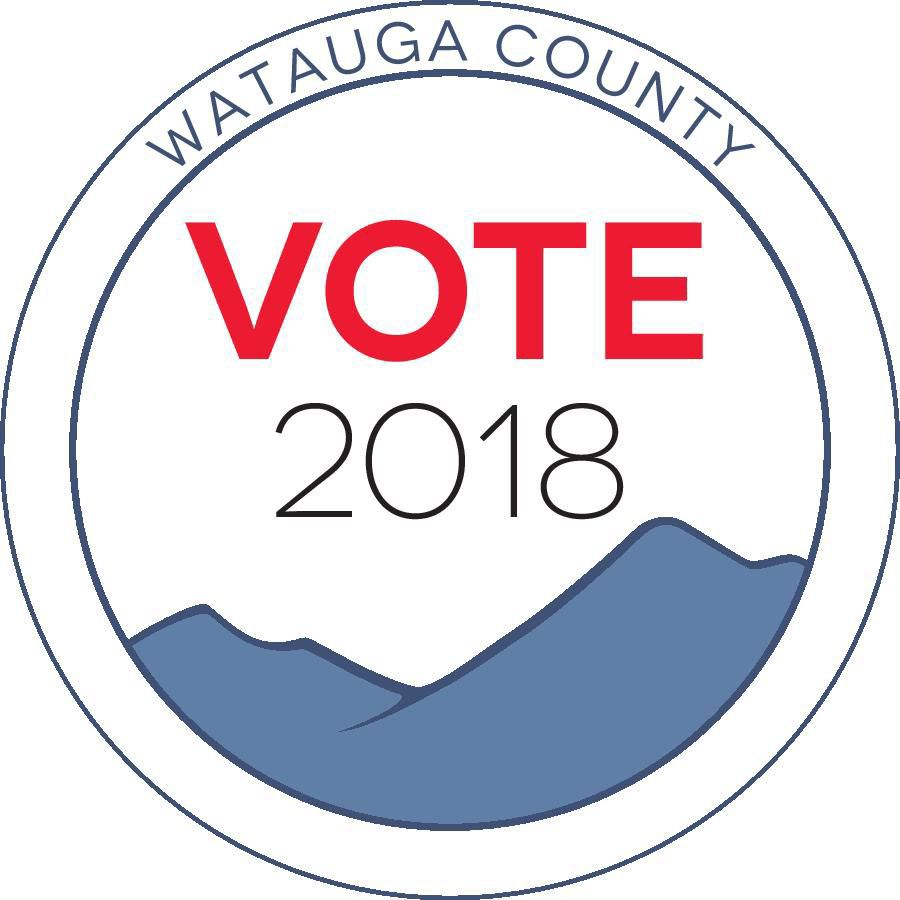 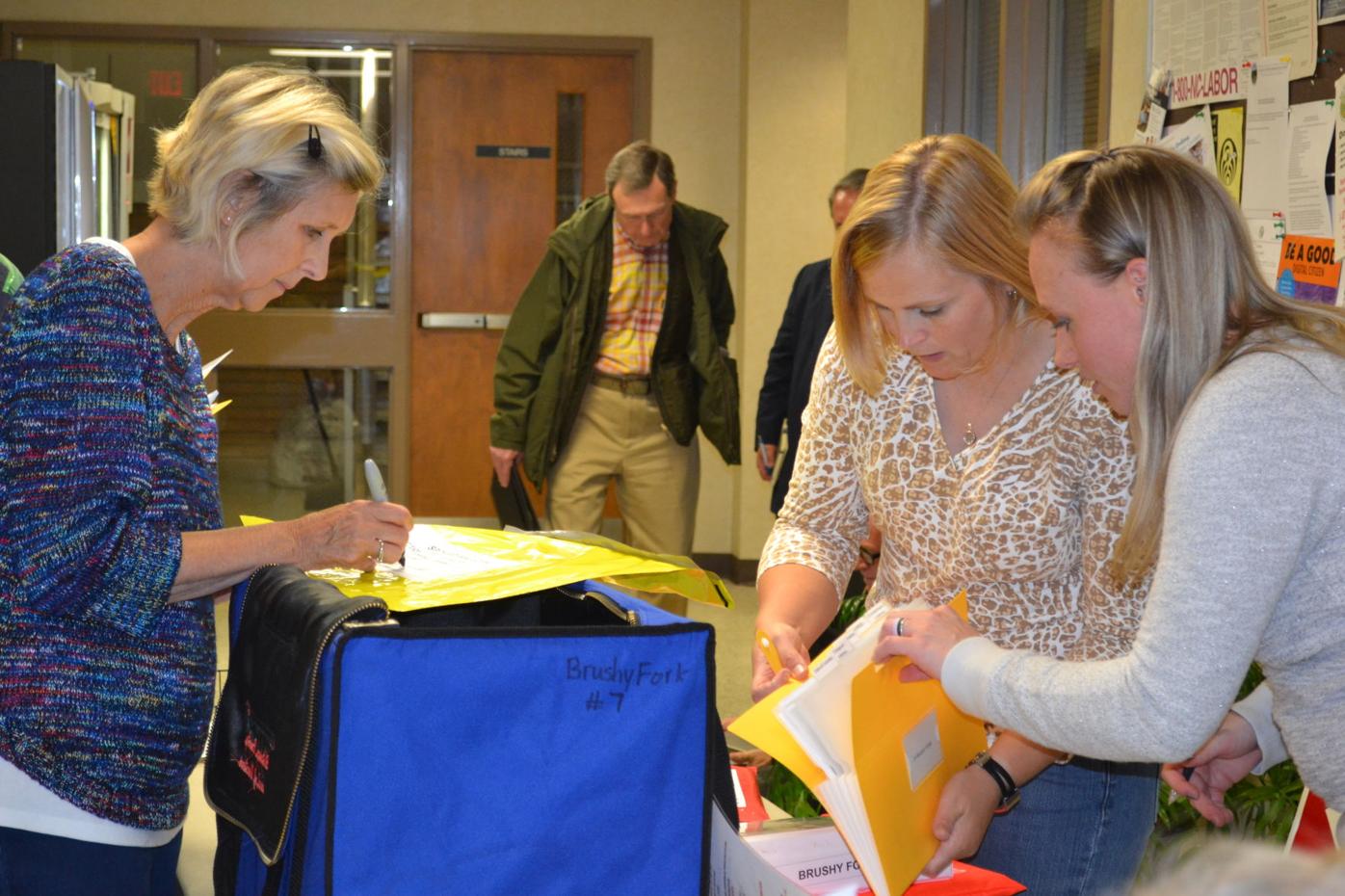 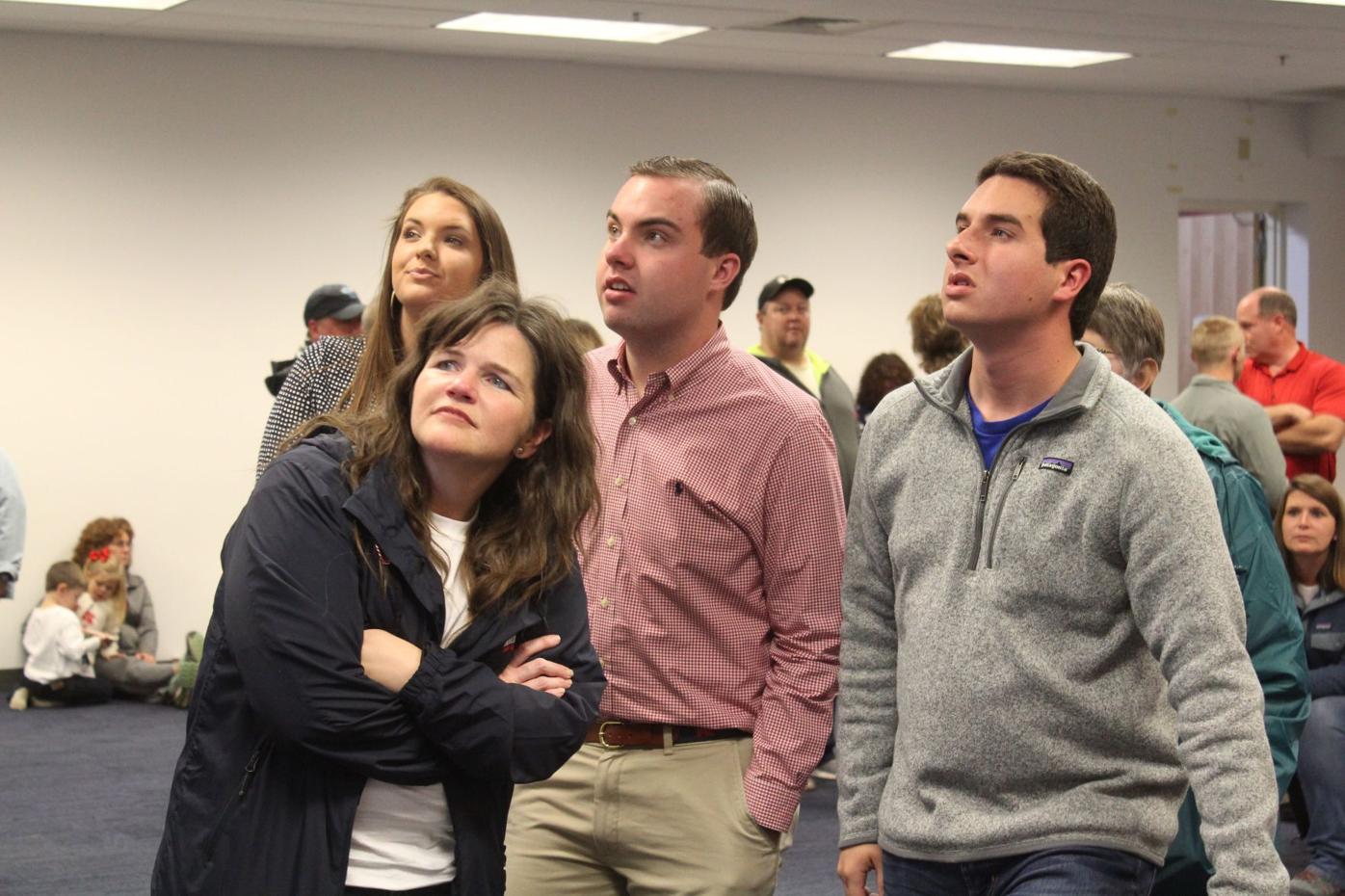 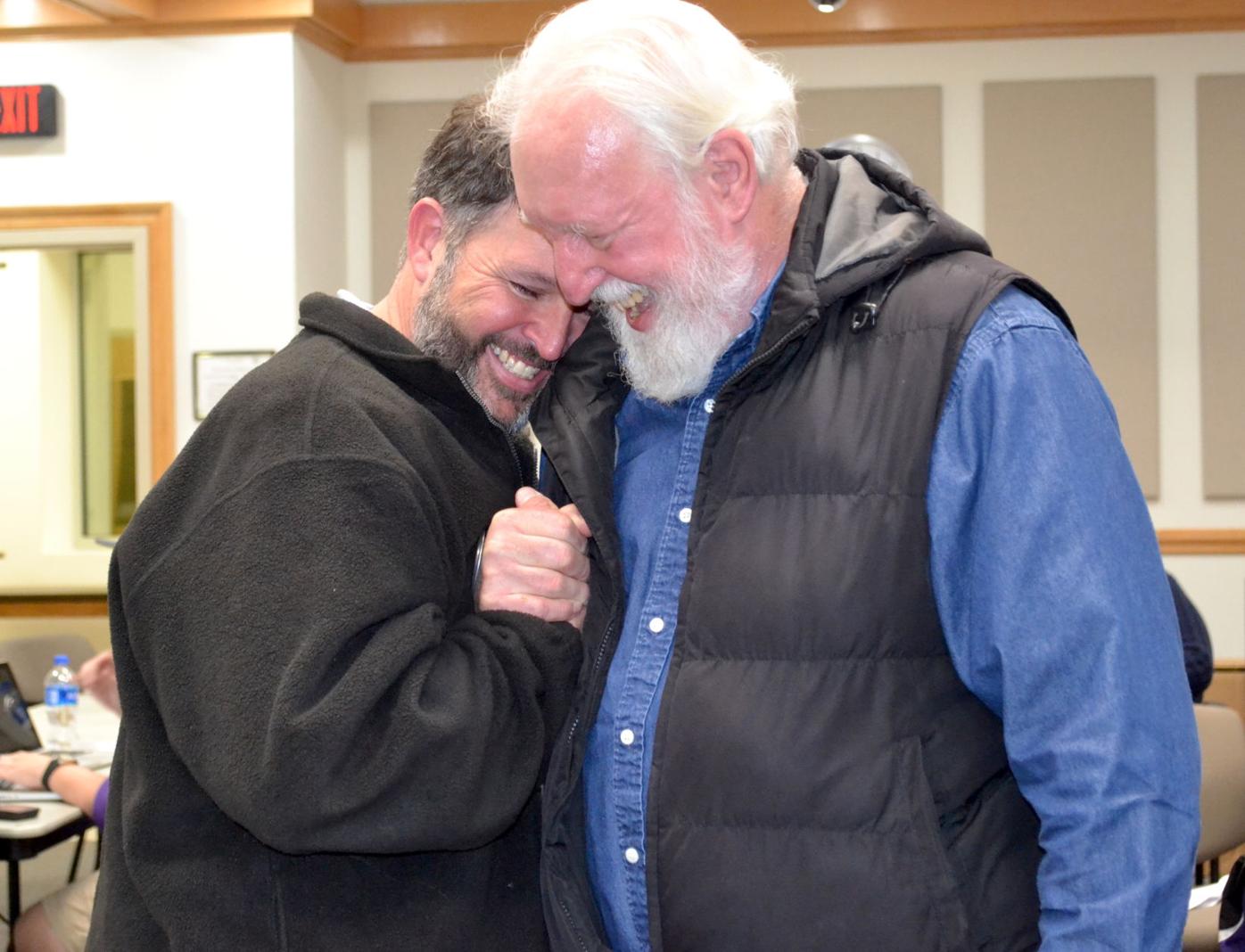 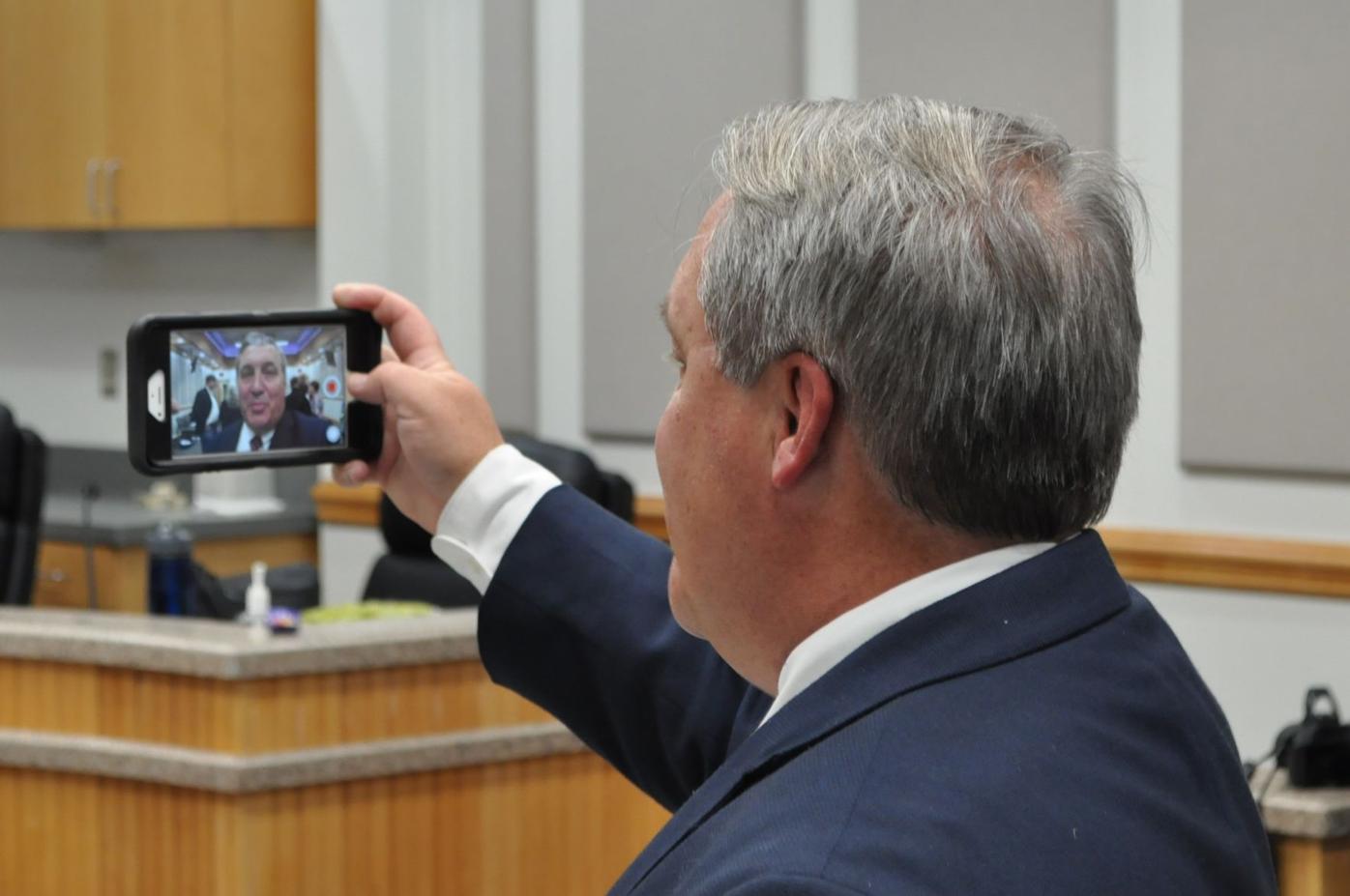 Chris Hughes shares a victory message on Facebook Live from the Watauga County Administration Building on Tuesday, Nov. 6, after winning one of the two Watauga County Soil and Water Conservation District Supervisor seats. 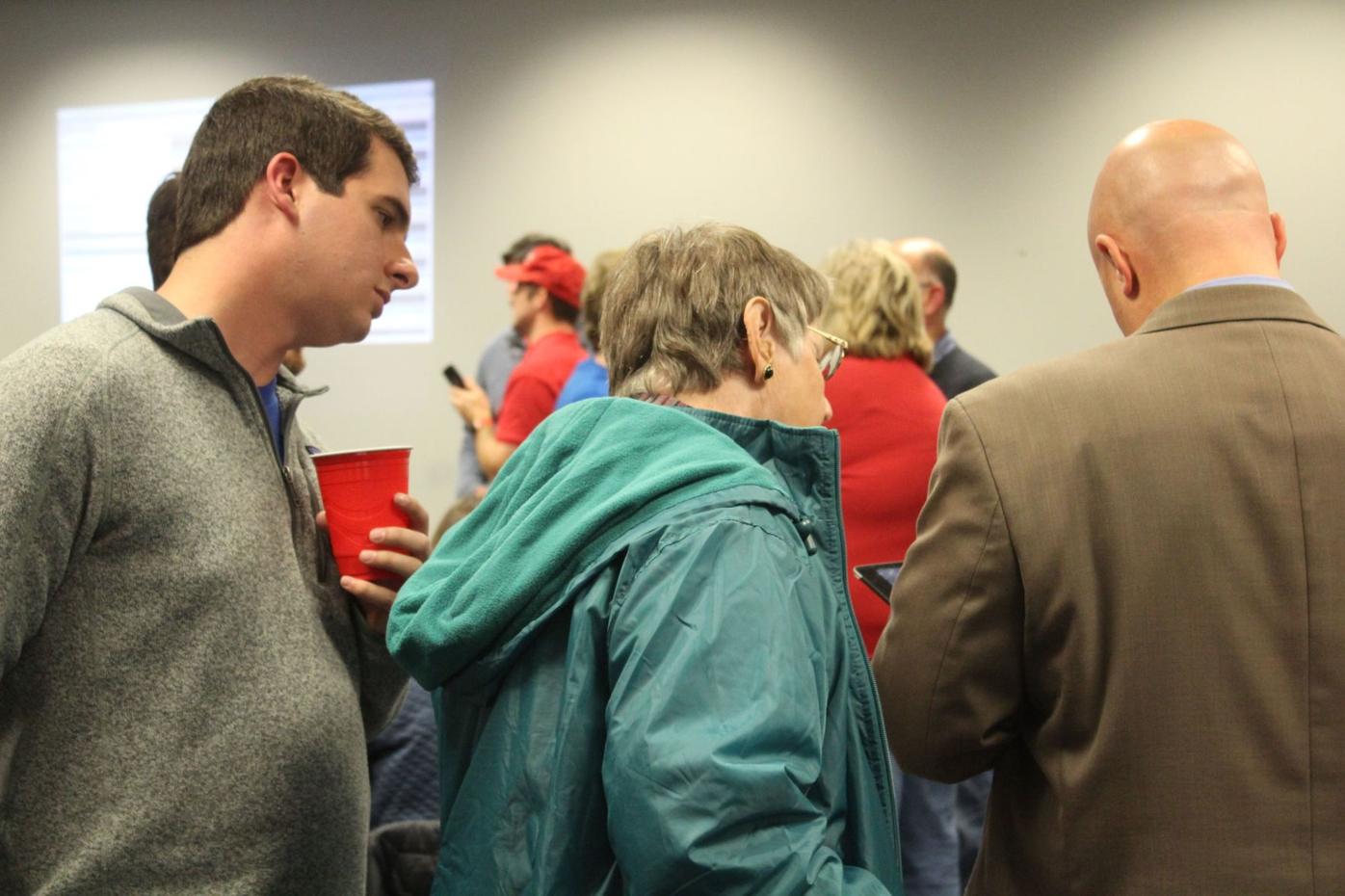 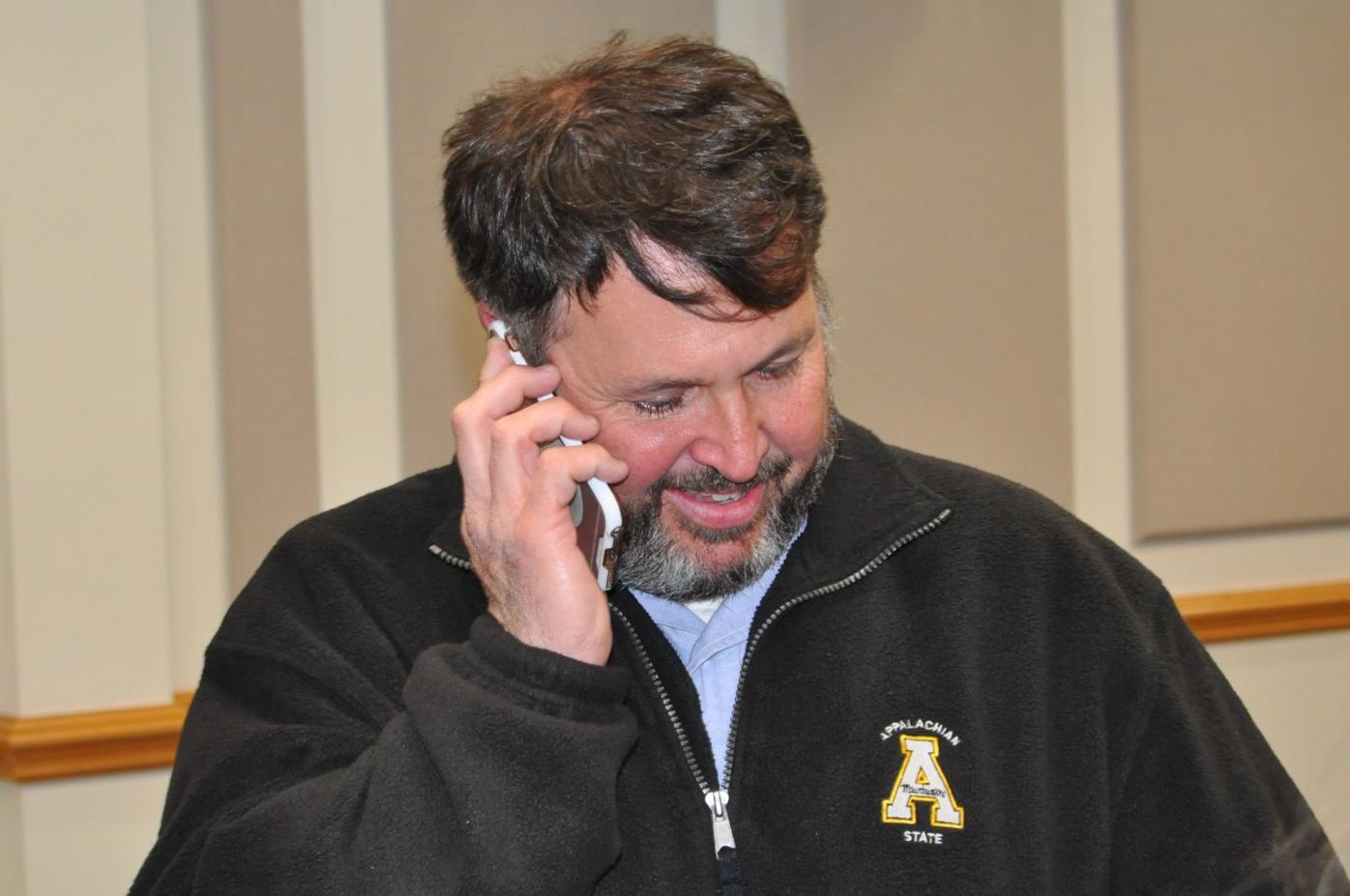 With tears in his eyes, Charlie Wallin talks to Tommy Sofield after unofficially defeating him in a race for a Watauga County Commissioners seat. 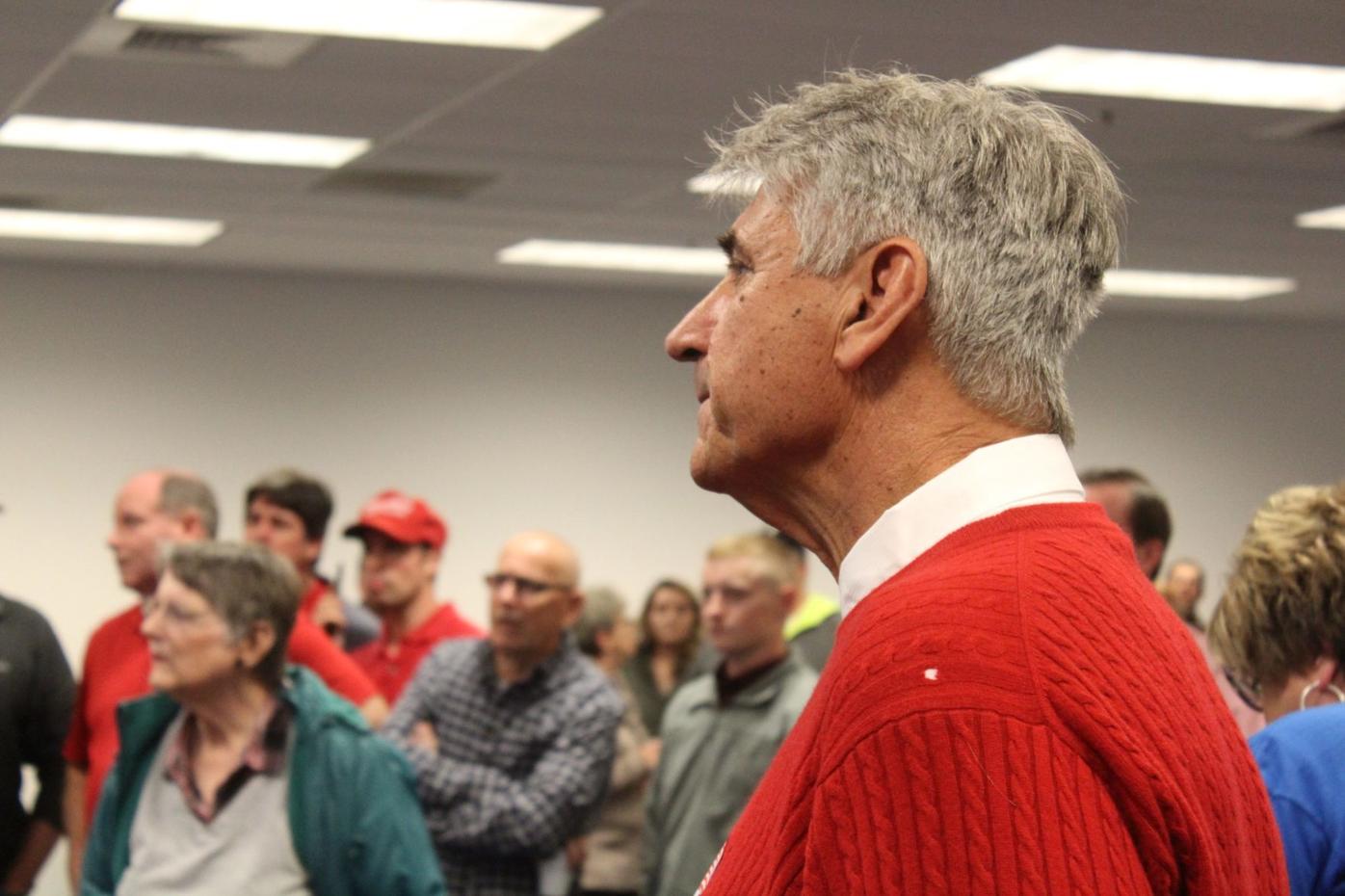 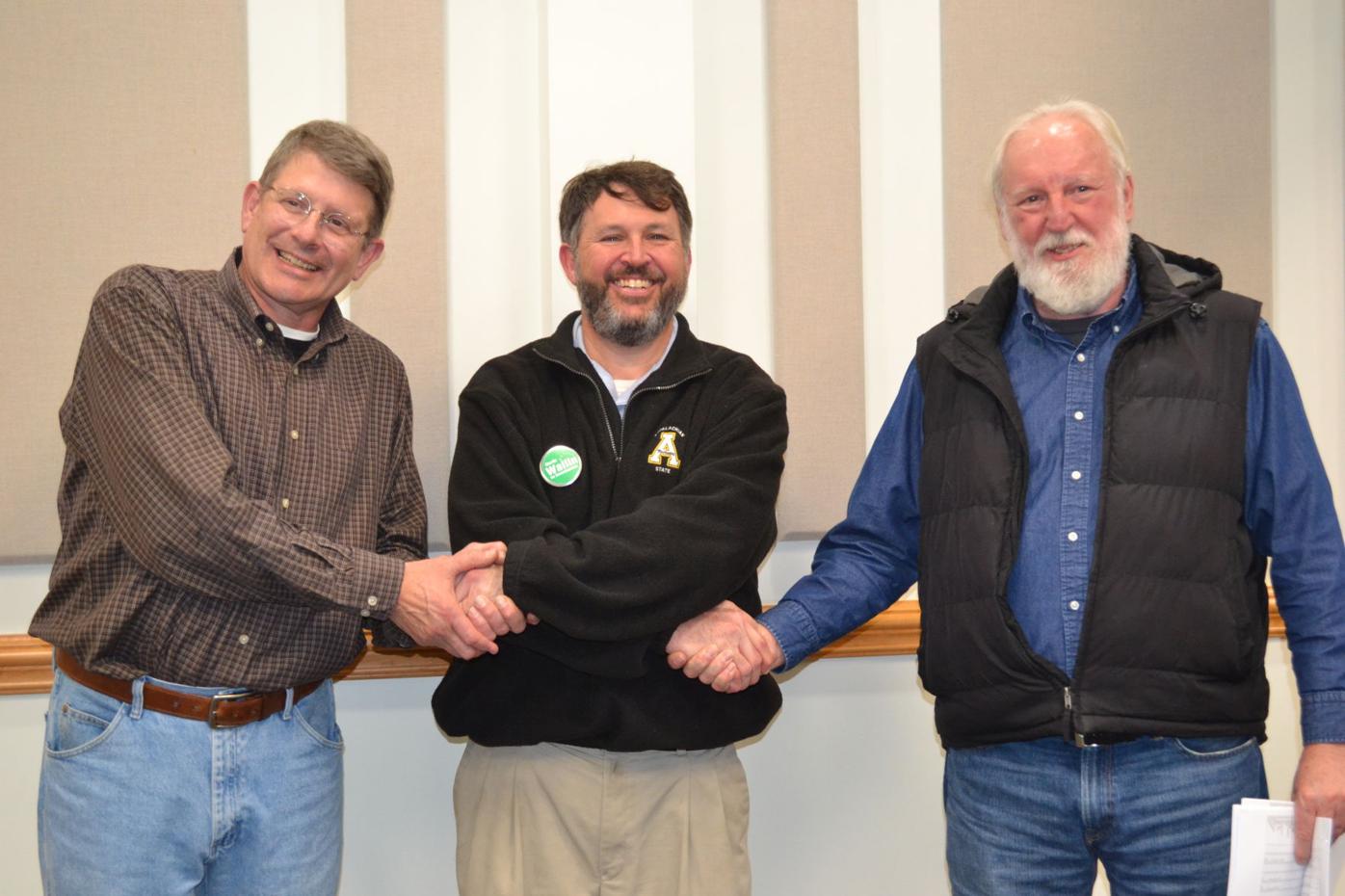 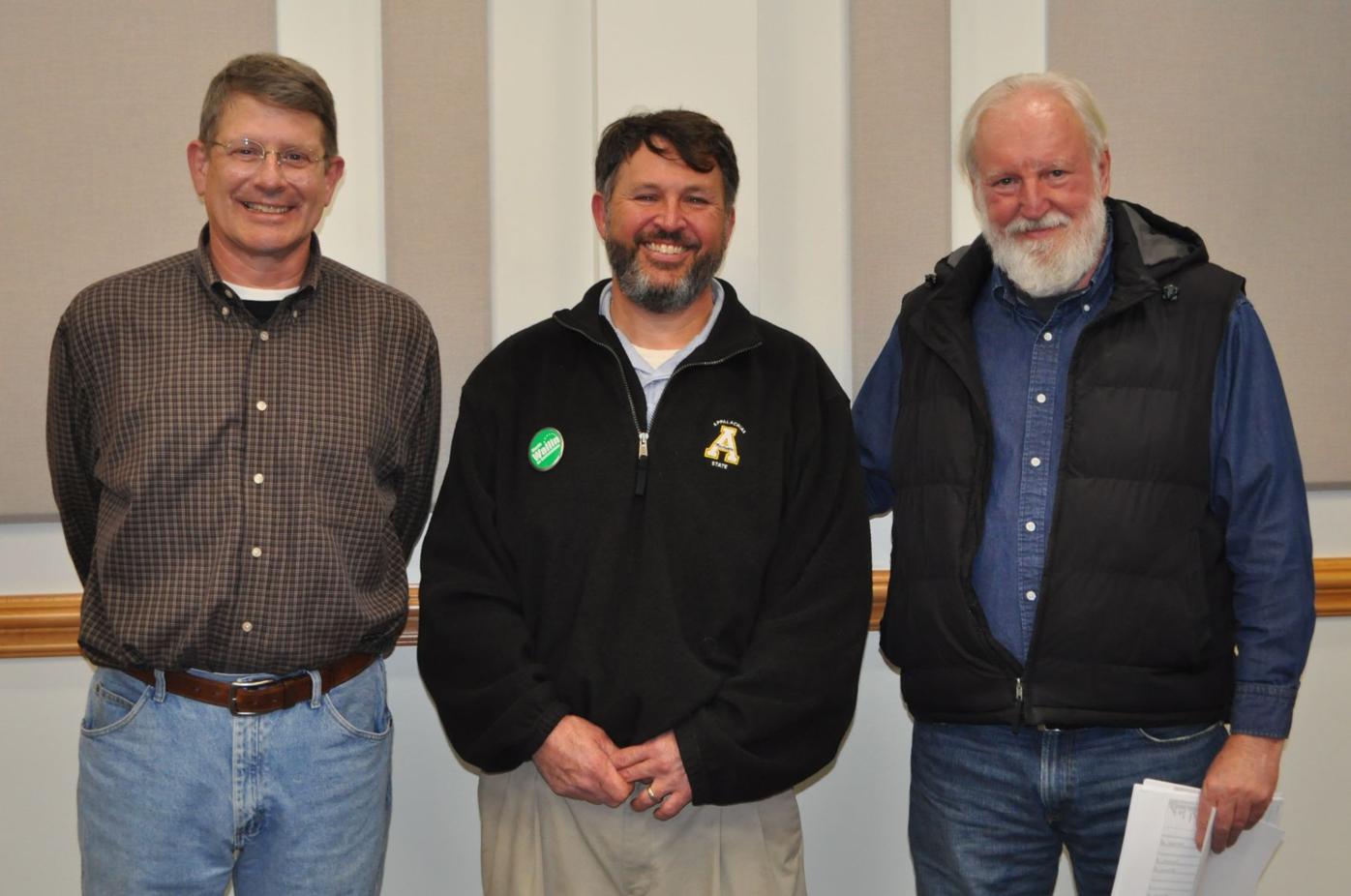 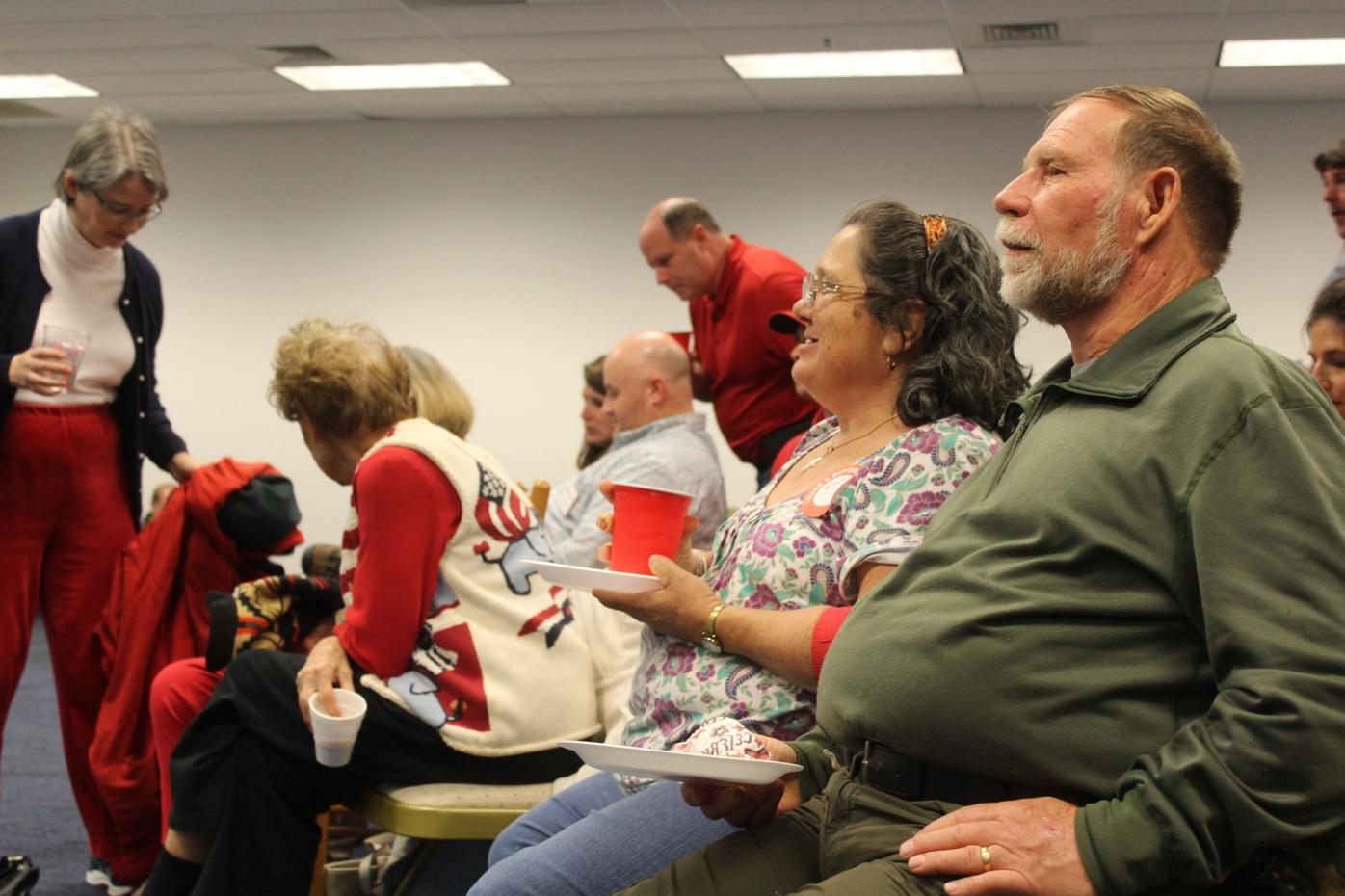 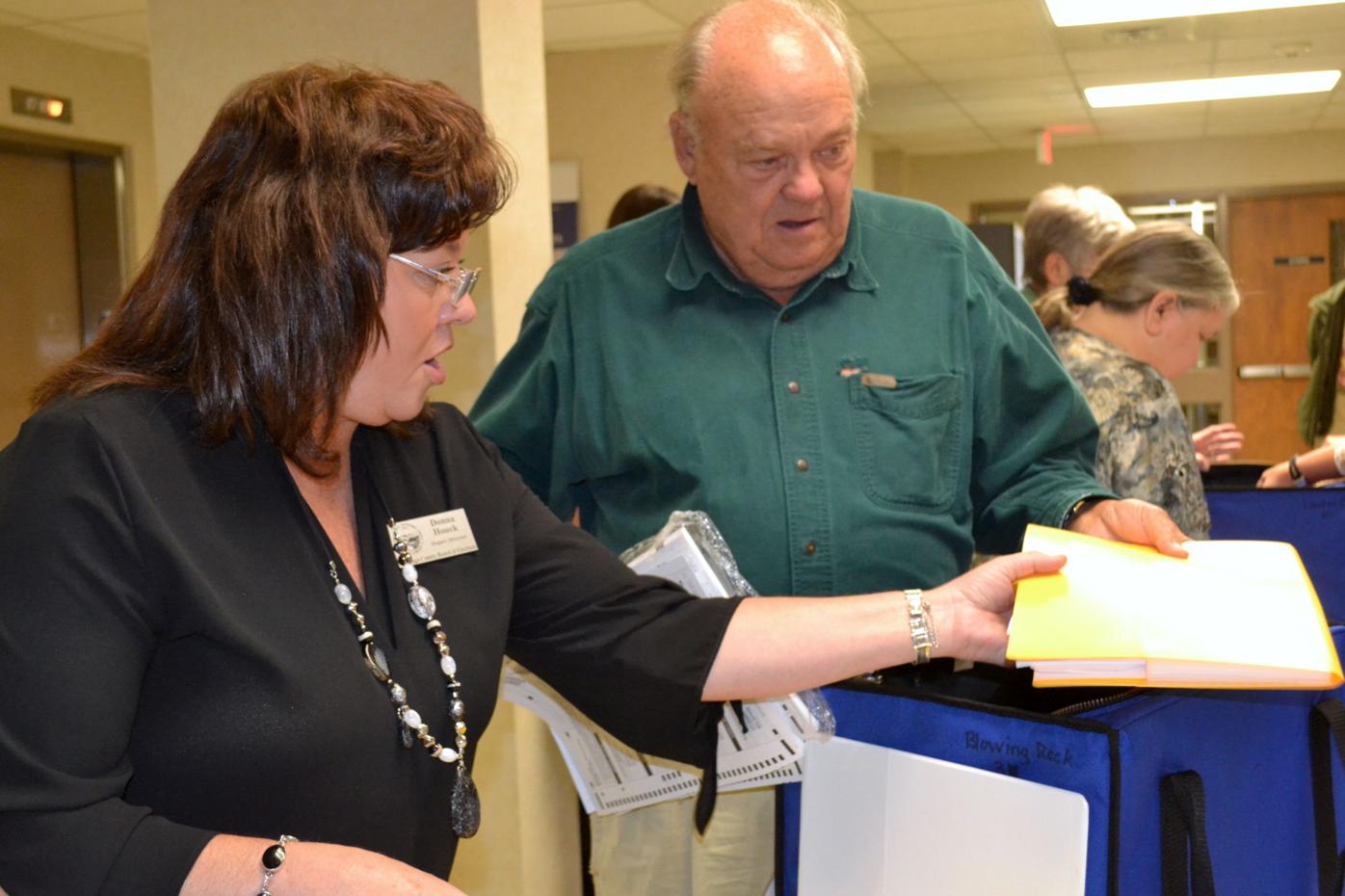 Donna Houck, deputy director of Watauga County Board of Elections, receives results from John Schoo, who had results from the Blowing Rock precinct. 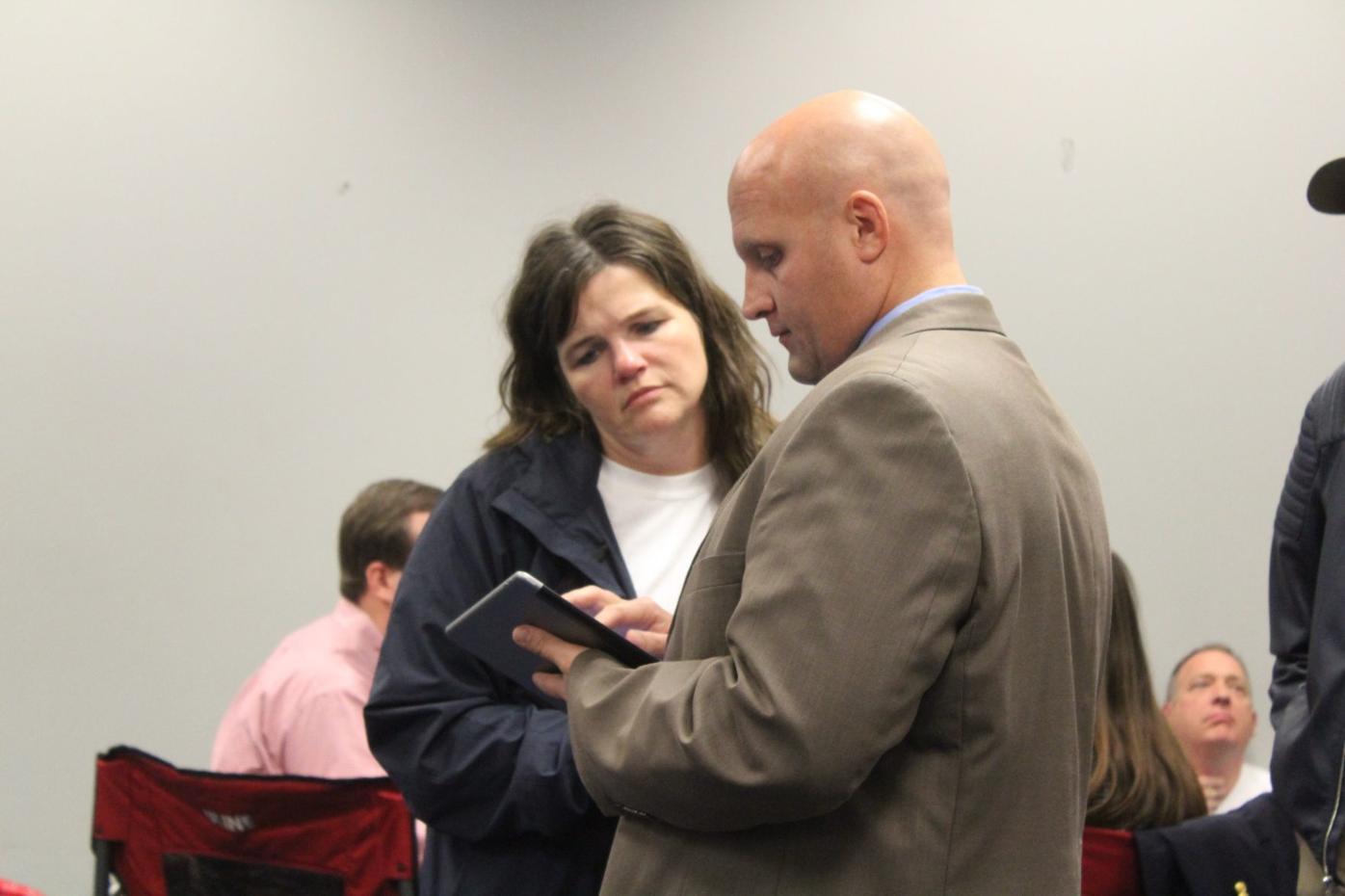 Chris Hughes shares a victory message on Facebook Live from the Watauga County Administration Building on Tuesday, Nov. 6, after winning one of the two Watauga County Soil and Water Conservation District Supervisor seats.

With tears in his eyes, Charlie Wallin talks to Tommy Sofield after unofficially defeating him in a race for a Watauga County Commissioners seat.

Donna Houck, deputy director of Watauga County Board of Elections, receives results from John Schoo, who had results from the Blowing Rock precinct.

WATAUGA COUNTY — N.C. House District 93 has elected a new representative for the first time since 2010 as Democrat Ray Russell of Boone finished the night with 18,522 votes, compared with 17,068 votes for four-term Republican incumbent Jonathan Jordan of Jefferson.

Watauga County was the difference-maker in the race, with Russell claiming the county with over 4,000 votes, more than counter-balancing Jordan's edge in his home of Ashe County.

All races are unofficial until the Watauga County Board of Elections holds its Canvass Day on Nov. 16.

Roughly 100 or so members of the Watauga County Republican Party gathered at the Keller Williams Realty building on Greenway Road to hear the results together. Some candidates joined in the Watauga County Administration Building to await the final numbers with a large group of Democratic candidates congregating at Ransom afterwards.

Russell took part in a victory party alongside his campaign team at Ransom on Tuesday evening. He said he was thankful to his team for working with him the past two years, knocking on thousands of doors and making loads of phone calls to potential voters.

“It has been a long, hard campaign,” Russell said. “It’s been an honor to run this race, to meet all of these people and now I’m just so excited to have the privilege of representing this district.”

As for Jordan, he said he would begin rebuilding his law firm.

"I'm honored to have served and don't know what to make of the results,” Jordan said. “I have to say, Ashe County is going to lose out."

For the N.C. State Senate District 45 seat, incumbent Republican Deanna Ballard won over 65 percent of the vote to keep her seat against Democrat challenger Wes Luther.

"I'm thankful to all the communities and families across the 45th District for their support, their belief and their vote of confidence in me to continue working for them," Ballard said. "Serving our hard-working families, individuals and local businesses remains a responsibility I hold with utmost sincerity of heart."

“Tonight concludes a tremendous effort by so many who contributed to this campaign,” Luther said. “Though we didn’t win tonight, we reached so many amazing people in the district and I can say without a doubt I have never had so much pride as I do now to have been your candidate. We’ll see what the future holds and I am thankful for all the friendships I have made along this journey. Keep voting and semper fidelis.”

In the nonpartisan Watauga County Board of Education election, Gary Childers and Jay Fenwick appeared to retain their seats with 13,659 and 11,146 votes, respectively.

“First let me say that I'm very grateful to the people of Watauga County for their trust and confidence,” Childers — who first joined the board as an appointee to to an unfinished term — said. “Next, let me congratulate Jay Fenwick and Steve Combs on their success. I'll conclude for now by saying that I'm looking forward to working with them, Ms. Reese, Mr. Henries, and Superintendent Elliott in continuing the mission of Watauga schools being the best place to learn and work in North Carolina.”

“I have tremendous gratitude to the Watauga voters for their faith and trust in me,” Fenwick said. “I am so thankful for all the hard work that volunteers put in for me. I look forward to continuing the positive work for Watauga schools.”

"I guess the people wanted a change and I was that change," Combs said.

Republican incumbent Rep. Virginia Foxx of Banner Elk will have an eighth term as she claimed a comfortable victory over Democratic challenger D.D. Adams of Winston-Salem by nearly 40,000 votes, claiming 57 percent of the ballots.

“The people of the Fifth Congressional District spoke, and they made it very clear that they support my track record of fighting for common-sense solutions to the problems we face,” Foxx said in a statement. “I am so humbled and grateful for the trust they have placed in me and I promise to continue to work tirelessly on their behalf. I will not stop working to find ways to ensure everyone in this district has an opportunity to be heard and represented in Washington.”

After hearing the results, Searcy — a retired N.C. State Highway Patrol trooper — said he was going to enjoy his retirement for a while before he decides what the next chapter of his life entails.

"I would just like to thank the people that supported us and I enjoyed serving them as a North Carolina State Trooper," Searcy said.

Hagaman said he was very pleased with the results and was glad to dive back into the job for another four years. He said the sheriff's office has things it would like to continue but also new ideas on the horizon.

"I appreciate everyone’s support," Hagaman said. "Watauga County is a great place to live and we’re glad to be able to serve all of the folks in the county."

Watauga County Board of Commissioners

It was a good night for Democrats in Watauga County as county commissioners incumbents Larry Turnbow, Billy Kennedy plus challenger Charlie Wallin all unofficially defeated their Republican opponents.

Wallin alongside his wife and daughter welcomed the results with tears in his eyes. He said he wanted to thank the voters for putting trust in him to serve on the commission.

"I won't let you down," Wallin said. "It feels good to know that I have the trust of the county and the people and the confidence they have in me."

Even though the unofficial results didn't swing in his favor, Sofield said he still plans to be active in the community and help with anything that is needed. Sofield said he wanted to thank those who supported his campaign and congratulated his opponent, Wallin.

"I certainly wish (him) the best and hope everything works out best for our county," Sofield said. "Our biggest concern is making sure our … county continues to be a great place to live."

The vote appears to give Democrats a four-to-one majority on the board with board chair John Welch, a Democrat, and Republican board member Perry Yates.

Jordan is full of sour grapes. He accomplished nothing at all for Ashe, Watauga, or any part of his district. Ray will do us proud. Jordan is an embarrassment, time for him to go home and quit living off public tax money.