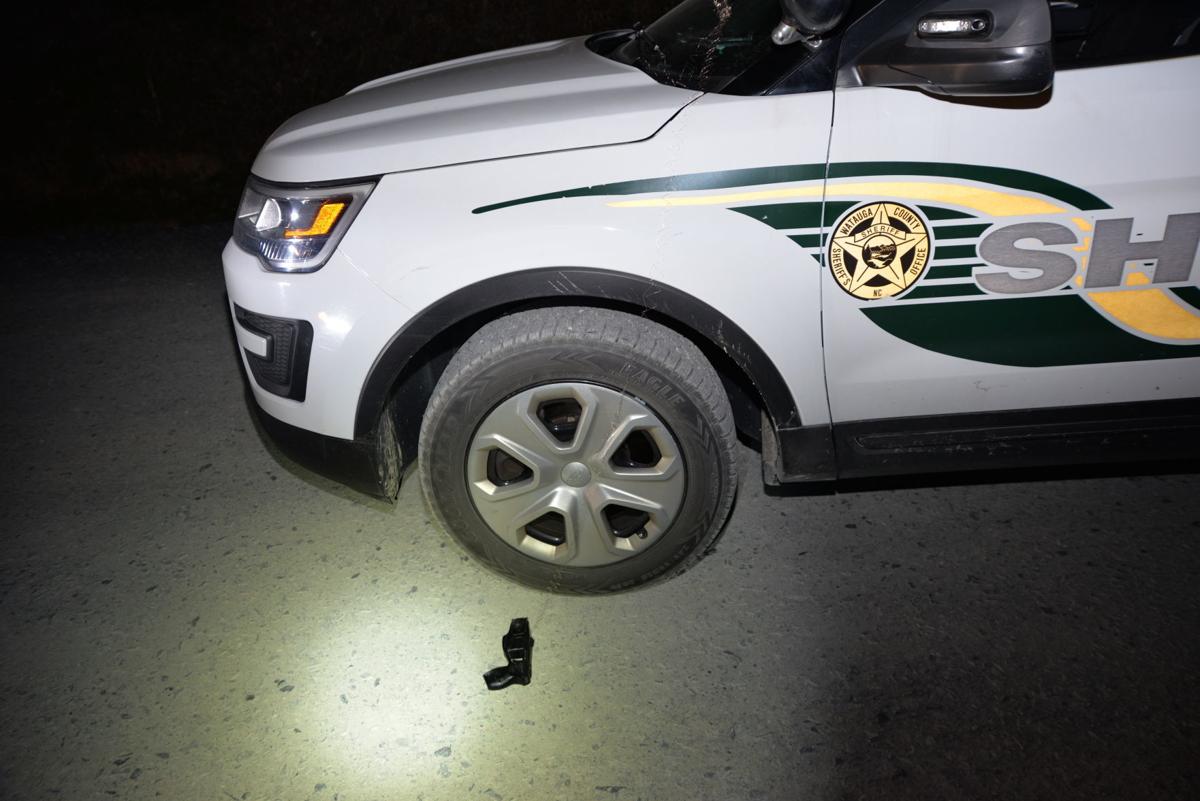 This exhibit photo shows a taser on the ground next to a Watauga County Sheriff’s Officer vehicle on March 30, 2019, following the officer-involved shooting incident with Andrew Mason. 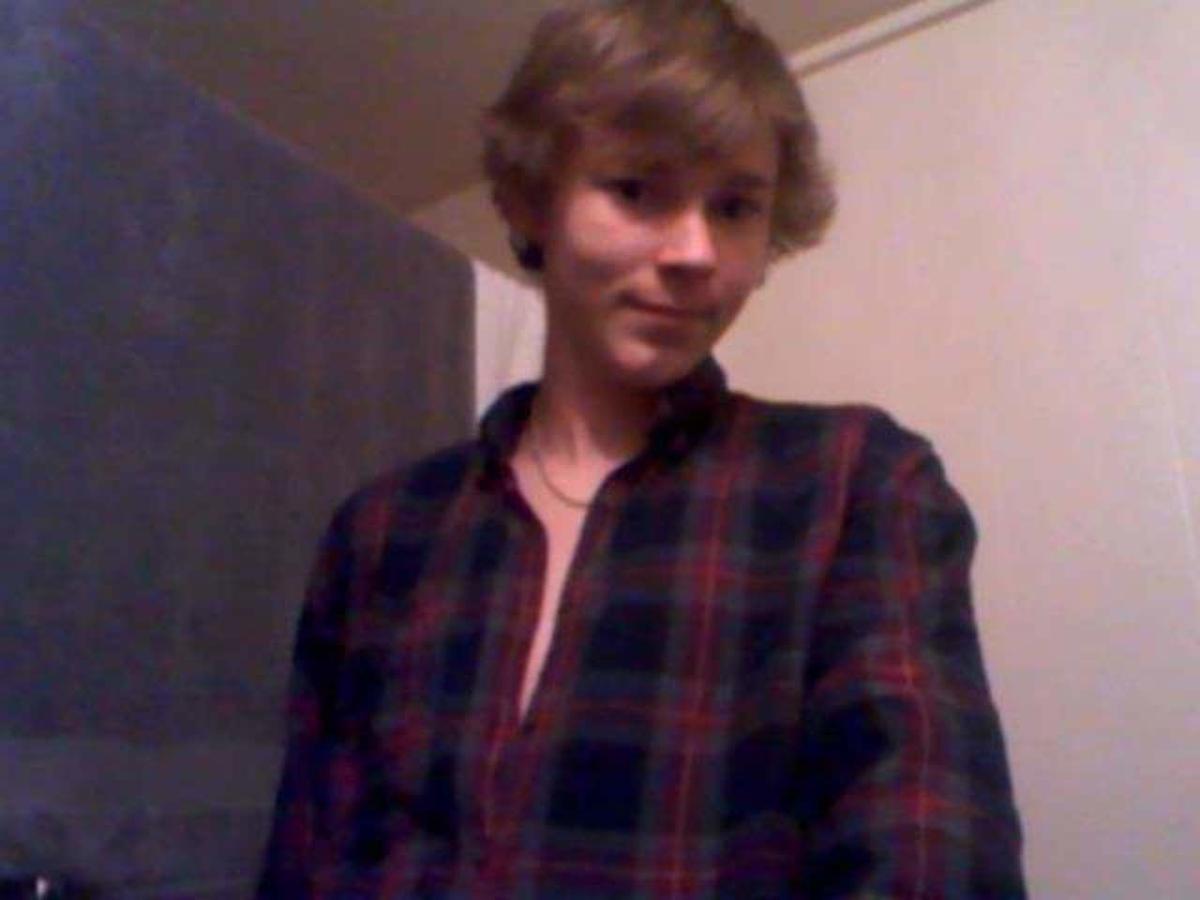 This exhibit photo shows a taser on the ground next to a Watauga County Sheriff’s Officer vehicle on March 30, 2019, following the officer-involved shooting incident with Andrew Mason.

BOONE — The officer-involved shooting death of 22-year-old Andrew Mason on March 30 by Watauga County Sheriff’s Deputy Adam Gragg has been determined to be lawful by District Attorney Seth Banks, according to a statement released July 11.

“Based on all the evidence presented to my office, I have concluded that Gragg acted lawfully and in a manner that was consistent with his duties as a law enforcement officer,” Banks’ letter to Special Agent R.C. Laws of the State Bureau of Investigation stated. “I am therefore recommending that your file in this matter be closed.”

Banks’ office released the DA’s report on the investigation, along with the 911 calls from nearby homes, three photographs and a 23-minute, 31-second video from Gragg’s body camera mounted on his right shoulder.

The incident occurred when multiple 911 calls were made by Hardin Road residents, the first at 11:24 p.m. from 2145 Hardin Road. According to the audio of the call, the occupant informed dispatchers of a suspicious male banging on the front door demanding to be let in. Other 911 calls by neighboring residences described a man as screaming while walking up Hardin Road.

Two of the photos show the scene of the incident after Mason was taken away by ambulance, one showing what is identified as Gragg’s taser on the ground next to the front-right wheel of his WCSO vehicle. The second shows small blood splatters and an unidentified black object that upon review of the video, appears to be Mason’s shirt that was cut off when WCSO deputies were applying first aid.

The third image, according to the report, shows a text picture sent to Mason’s roommate, who lived at the same residence. The image shows Mason with an unidentified substance on his tongue and the caption below stating “Doing drugs with blue now...” The roommate told SBI agents that Mason told him he was obtaining “acid from the dark web.” The SBI determined the picture was sent from Mason at 9:03 p.m. on March 30, less than three hours before the incident.

After the shooting and while waiting for the ambulance, WCSO Sgt. Daniel Charles Plane asks Mason if he had taken anything that night, to which Mason replied, “Yeah. Acid.” The exchange can be heard in Gragg’s body camera video.

Gragg was first to arrive on scene, according to Banks’ report. According to Gragg’s interview by SBI Special Agent M.T. Lee on March 31, Gragg said that upon his arrival, he spoke with the homeowners at 2224 Hardin Road.

“The homeowners told Gragg that the male was last seen walking toward Castle Ford Road,” the report states. “Gragg said that he went towards Castle Ford Road, but was then advised by communications that the male may be near an abandoned blue house between 2400 and 2500 Hardin Road. Gragg said he turned around and headed in that direction. Gragg said that as he was traveling on Hardin Road, he observed a male in the middle of the road running toward his patrol vehicle. The male, later identified as Andrew John Mason, was wearing pajama pants, a t-shirt and no shoes.”

According to Gragg, he brought his vehicle to a stop and exited with a flashlight.

“Gragg said that Mason continued coming directly toward him, while screaming and mumbling,” the report states. “Gragg drew his taser as Mason kept getting closer. Gragg said he identified himself as being from the Sheriff’s Office and instructed Mason to stop multiple times.”

“Gragg said that Mason stopped with his back turned to him, but then turned around and came back toward the driver’s side of the patrol car,” the report continues. “Gragg said he continuously commanded Mason to stop.”

Around this time, the body camera footage starts. There is no audio for the first thirty seconds of the recording because, according to a footnote on Banks’ report, that’s a standard feature for the Axon Flex body-worn cameras issued by the WCSO. The WCSO does not have dash cameras, as previously confirmed by Sheriff Len Hagaman.

“Gragg said that he had his taser in his right hand and that he instructed Mason to calm down,” the report states. “Gragg said Mason then replied ‘let’s go’ and mumbled incoherently. Gragg said he heard the words ‘die’ and ‘jail.’”

According to the video, Gragg has his taser pointed at Mason, who is walking toward him. Around 13 seconds into the video, Mason appears to smack the taser out of Gragg’s hand and lunge at him.

“Gragg had his taser pointed at Mason when he lunged at Gragg,” the report states. “Simultaneously, Gragg said that he deployed his taser, and as it was deploying, Mason knocked the taser from Gragg’s hand. Of the two taser prongs that were deployed, one prong was located at the bottom of the windshield of the patrol car and the other on the ground next to the front left tire.”

“Gragg said that Mason then struck him in the face, breaking the nose piece of his glasses,” the report continues. “Gragg said that he defensively used one hand in attempt to protect his face and had his other hand on his holstered service weapon. Gragg said that Mason continued hitting and kicking him and also struck the patrol vehicle during the struggle. Gragg said Mason was yelling incoherently while Gragg commanded him to stop.”

“Gragg said that during the struggle, Mason reached around his back towards his gun,” the report adds. “At this time, Gragg used his left arm to separate himself from Mason and then drew his gun with his right hand. He said Mason continued to scream and advance toward him again, and that is when Gragg fired one shot from his gun and hit Mason just below his sternum. He fell to the ground near the driver’s side rear of the patrol car.”

Gragg’s weapon has been determined to be a .40 caliber handgun.

After Mason swats the taser out of Gragg’s right hand and lunges at him, the footage is difficult to discern for the next four seconds. The next thing clearly visible is Mason tumbling to the ground around 17 seconds into the body camera video, near the back left of Gragg’s vehicle. Due to the lack of sound for the first 30 seconds, it is unknown when exactly Gragg fired his weapon.

Two additional deputies, WCSO’s Cody Scot Brown and Sgt. Daniel Charles Plane, arrived on scene seconds after the gunshot with emergency medical services requested as the sounds cut on 30 seconds into the video.

“During an interview with the SBI, Plane said he heard Gragg saying ‘stop it’ several times when he arrived on scene and began approaching Gragg’s patrol vehicle,” the investigation states. “He said he observed a ‘mass’ near the driver’s side door and then heard a single gunshot.”

The remainder of the body camera video shows the WCSO officers administering first aid to Mason, cutting off his shirt, telling him to keep on breathing and putting a blanket over him before the ambulance arrives. Aside from saying he took acid that night, Mason didn’t answer any other questions the deputies asked in the course of the video, including multiple attempts to find out his name.

During the video, Gragg is asked multiple times by fellow deputies if he’s okay, to which he responds yes with the exception of his glasses, which he says had the nose protectors broken due to Mason striking him.

“Mason was transported to Watauga Medical Center at 12:17 a.m. on March 31, 2019, and was airlifted to Wake Forest Baptist Medical Center, where he passed away at around 3:24 a.m.,” the report states.

“The three 911 calls and photograph Mason texted further corroborates that his erratic behavior on the night of the shooting was likely due to his impairment from some unknown substance,” the report states. “(Mason’s) statement to Plane that he had taken a substance that he believed to be acid further supports the conclusion that Mason’s actions should be viewed from the perspective that he was suffering the effects of an unknown impairing substance when he advanced on Gragg, failed to heed the deputy’s commands, and ultimately struck the deputy.”

Banks says that when Mason went for Gragg’s firearm, it presented a clear and present threat to the deputy’s life and Gragg acted lawfully in his actions.

The toxicology report, prepared by doctor John Brower and completed by Mark Giffen, a medical examiner in Forsyth County at Wake Forest Baptist Medical Center — and approved by the N.C. Office of the Chief Medical Examiner — found that Mason had two medications in his system that were administered during his hospital treatment, etomidate and ketamine. The toxicology report didn’t detect any traces of opiates, acids, ethanol or cocaine metabolite. However, according to a footnote in Banks’ report, the state is requesting additional testing of the specimens collected, saying that Brower’s tests cannot encompass all controlled substances and variants.

As of the July 11 report, those additional toxicology reports were not yet available.

The Watauga Democrat has reached out to Tom Speed, attorney for Mason’s father David Mason, for comment on the district attorney’s report and conclusions.