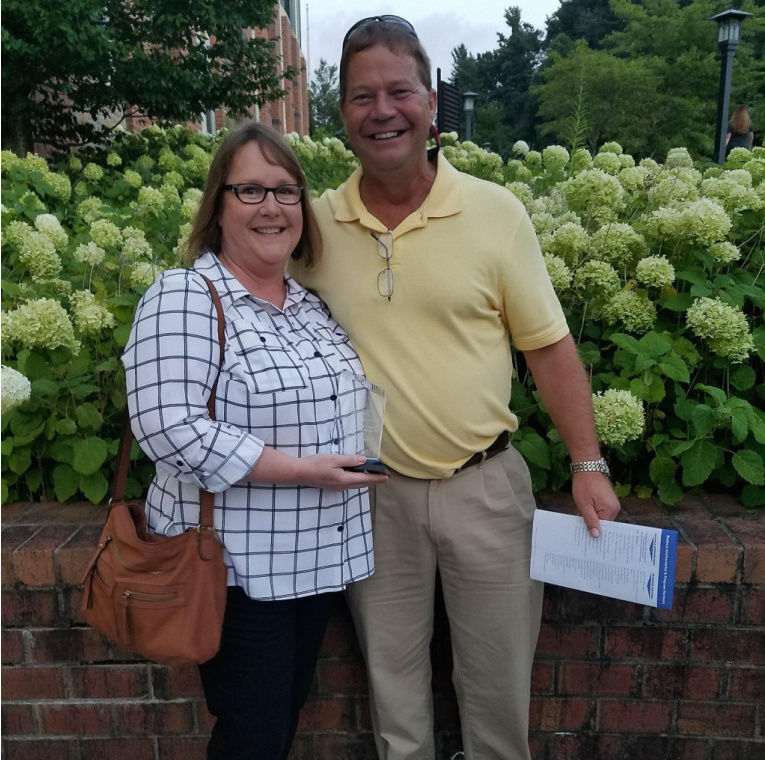 Michelle Ligon and George Ligon died on April 28 at their home. 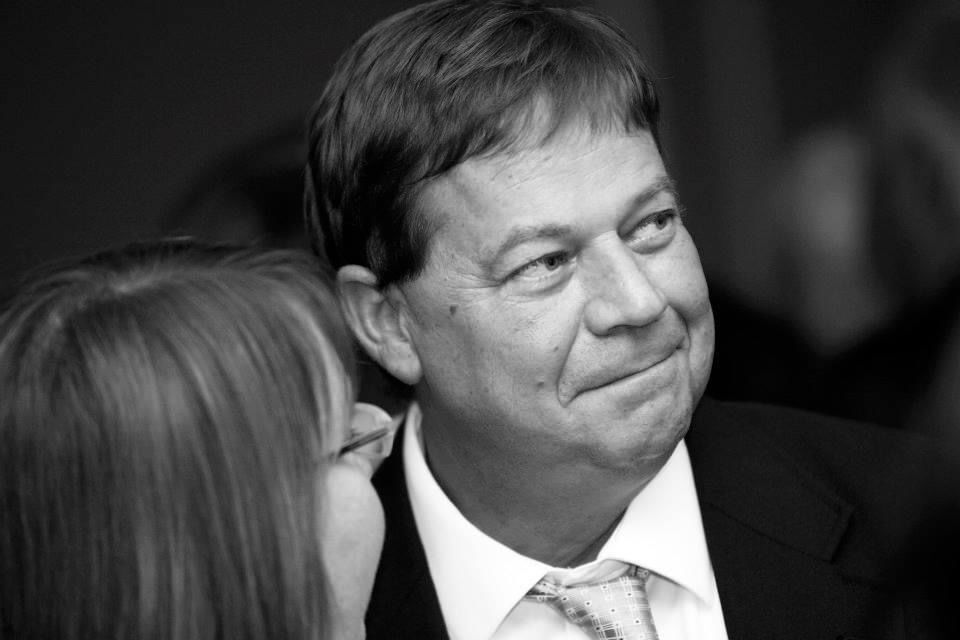 Michelle Ligon and George Ligon died on April 28 in their home in Boone. 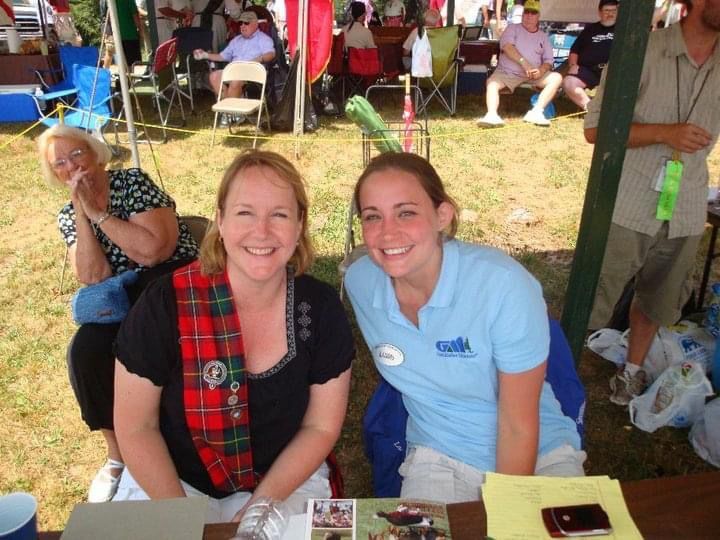 Michelle Ligon and Landis Taylor previously enjoyed time together at the Highland Games. 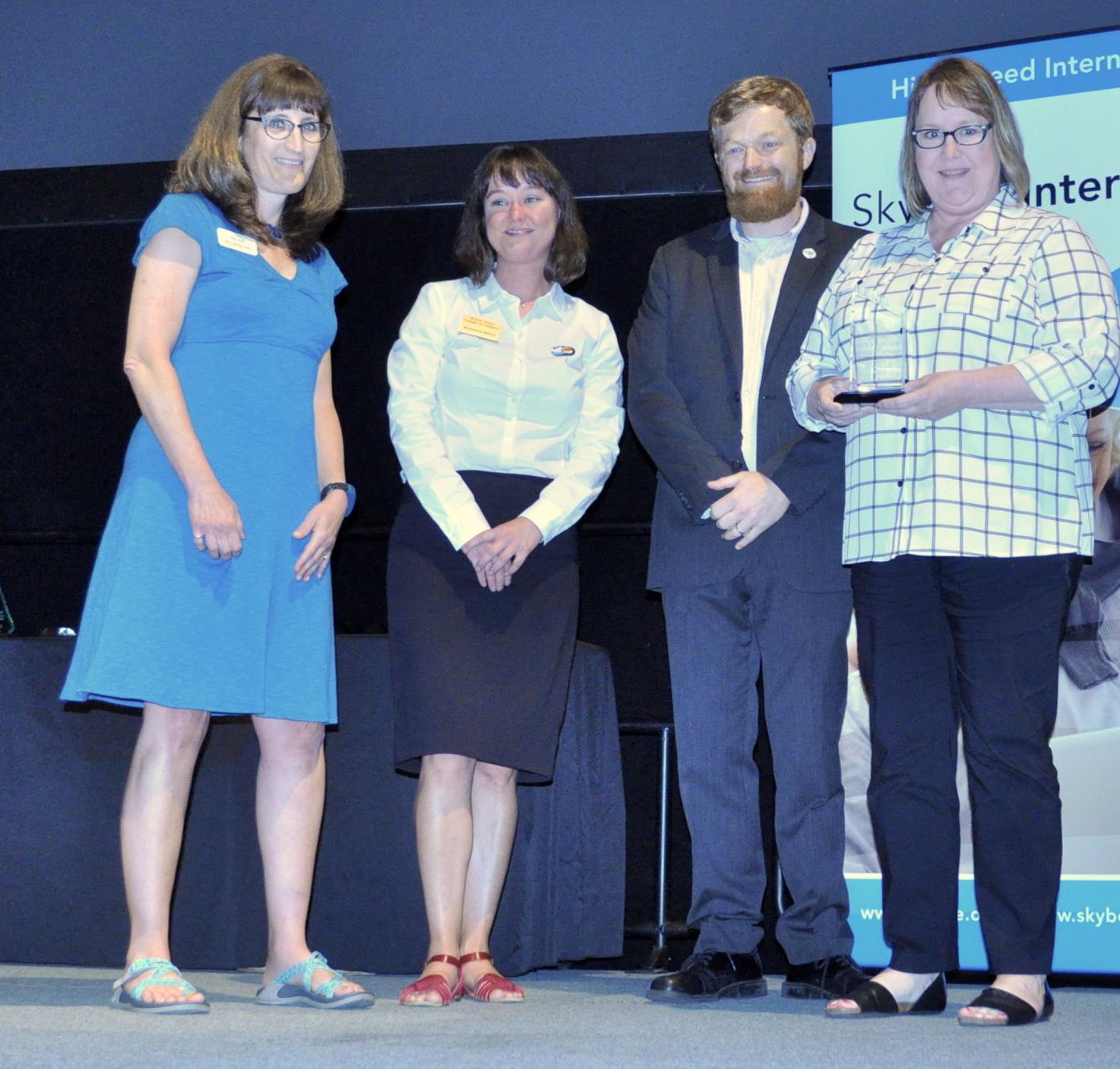 Michelle Ligon and George Ligon died on April 28 at their home.

Michelle Ligon and George Ligon died on April 28 in their home in Boone.

Michelle Ligon and Landis Taylor previously enjoyed time together at the Highland Games.

BOONE — A couple who were “two amazing, loving people that were completely devoted to their community, jobs and family” — according to family friend Landis Taylor — lost their lives on April 28 after allegedly being murdered.

Michelle Annette Ligon, 61, and George Wyatt Ligon, 58, were found dead inside their home at 553 Hardaman Circle. Two Watauga County Sheriff’s deputies, Sgt. Chris Ward and K9 Deputy Logan Fox, discovered the bodies of the Ligons upon entering the home. After the deputies discovered their bodies, a nearly 13-hour standoff ensued with local law enforcement agencies as the alleged suspect was still inside the home, and the public was warned to stay away from the area.

Taylor had heard about the situation taking place in Boone, and started reading articles posted online to find out more information.

“I saw that Hardaman Circle was mentioned, and I immediately knew that was the street that Michelle lived on,” Taylor said. “I sent her a message and I said, ‘I think what’s happening is near you, are you OK?’ I noticed that she hadn’t been active on messenger for a long time. It concerned me immediately that something was happening on her street, and she hadn’t been on social media. She’s someone who would immediately respond to things. That’s when I really started worrying. When I saw the house number posted later, I immediately knew it was her house.”

It is believed that Michelle Ligon’s son and George Ligon’s step son, 32-year-old Isaac Alton Barnes, killed the Ligons, according to the Watauga County Sheriff’s Office. The deputies were allegedly fired upon by Barnes; Fox died at the scene and Ward died after being airlifted to Johnson City Medical Center for treatment, according to WCSO.

Local law enforcement entered into a standoff with Barnes, which ended with his death at 10:15 p.m. WCSO has not released the circumstances of Barnes’ death as it will depend on autopsy results, according to WCSO Major Kelly Redmon.

In an email exchange on April 30, Sommer Barnes said her “wonderful” mother and stepfather died along with her brother Isaac because “they loved him and wanted to help him.” She alluded that her brother had struggled with his mental health.

“I’m not a parent, so I can only imagine the struggle a mother faces when presented with a grave and potentially dangerous illness in her child,” Sommer Barnes said. “We didn’t have adequate options — little outside of local law enforcement — to help our adult brother and son with his impenetrable, torturous illness. That needs to change.”

In an interview on April 30, Taylor said that she was “shocked and confused” when she heard the news about the Ligons.

“You’re thinking about what probably happened, but your heart can’t catch up to it because it just completely seems unreal. I couldn’t understand how anything like this could be happening at their house,” Taylor said.

“I am heartbroken over the loss of so many members of our community,” White said. “Michelle Ligon and I worked together for many years, both at the chamber at a time when our agencies were all together, and then for years afterward as she worked at the Boone/Watauga County Tourism Development Authority. Her family meant everything to her. She and George were among the sweetest people you would ever want to know. Michelle had such a caring spirit about her, and always wanted to help people. She was a dear friend and will be deeply missed by me, and so many others in our community.”

Taylor was working for Grandfather Mountain while Michelle was working with the Boone Chamber, and Taylor said it was an “instant friendship” when she met Michelle 15 years ago. Taylor explained that the local tourism community is very tight knit.

Through Michelle, Taylor had gotten to know George.

“It’s not a given that you’re going to love your friend’s spouse or partner, but loving George was very easy,” Taylor said. “George was such a kind human, and he loved Michelle so much. It was evident that he adored her.”

George was a big fan of the University of North Carolina at Chapel Hill, which is where Taylor went to college. The trio would meet at restaurants in Boone to watch the Tarheels play — a special memory to Taylor.

Taylor and her family moved to Asheville about seven years ago, but she still kept in touch with Michelle Ligon via social media. The last time the two spoke was roughly a week before the April 28 incident. Taylor had reached out to Michelle to tell her the exciting news that her family would be moving back to the High Country, as Taylor accepted a job at Grandfather Mountain once again. The last message she received from Michelle read, “I can’t wait to see you.”

“I was so looking forward to coming back up there, being with old High Country tourism friends and getting together with George and Michelle,” Taylor said. “The idea now that they’re just not there is probably the hardest thing for me. To have this idea that we would soon be reunited, and for now that to not be the case is really hard for me.”

George Ligon is listed as a branch manager of the Terminix in Boone, and had been with the company for more than 20 years. Juanita Ellis, vice president of human resources at Terminix, said the company is currently going through the grieving process, as the loss of George was a shock to those who worked with him. Ellis said George Ligon was “full of life.”

“Anyone who knows George knows about his love for people,” Ellis said. “He’s been a staple in that area, and he’s been dedicated to his work. Many people in our company have been mentored by him. He’s an all around great guy. He was always smiling, always there for you and supportive. We’re really going to miss him.”

Ellis said George Ligon is deeply cared about and missed by many people with Terminix. Ellis said Terminix appreciates the thoughts and prayers that have been shared with the company since the news of George’s death.

“We’re praying for everybody that’s involved in this. There’s so many losses. We’re going to be here to support everybody, and do what we can to get through this together,” Ellis said.

As of May 4, Terminix planned to work with George’s family directly to see how they can assist. Specific plans of how the company would assist the family were to be determined.

Quiet Givers, a local nonprofit, is raising money for the Ligons to help cover funeral costs, cover time off from work and other unexpected expenses they may encounter. People can donate at tinyurl.com/QuietGiversPaypalLigonFamily.

A GoFundMe has also been created for Sommer Barnes, the Ligons’ daughter and stepdaughter. People can donate at tinyurl.com/GoFundMeForSommerBarnes.

Funeral arrangements for the Ligons

To send flowers or plant a tree in memory of the Ligons, www.jenkinsfuneralhome.net.