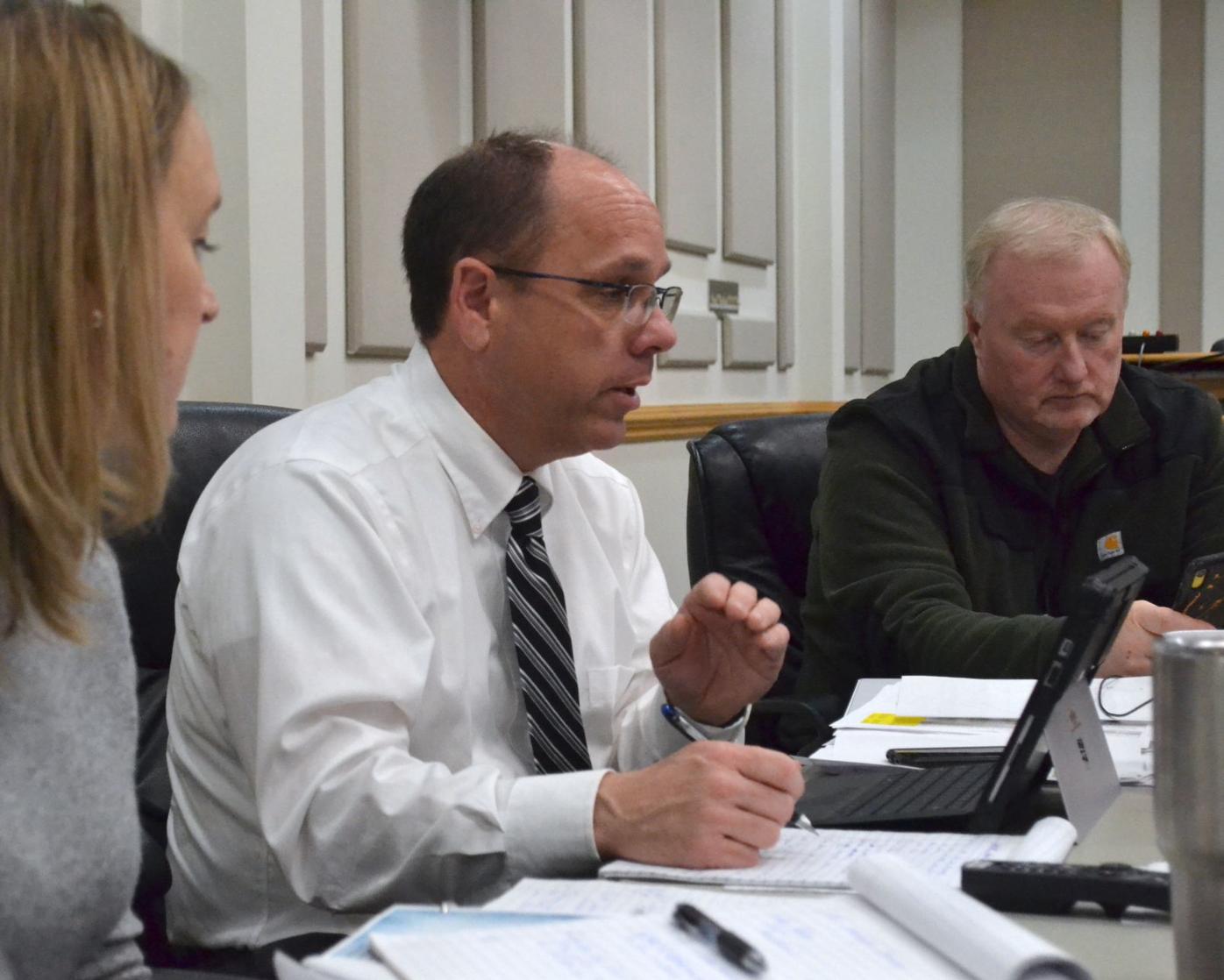 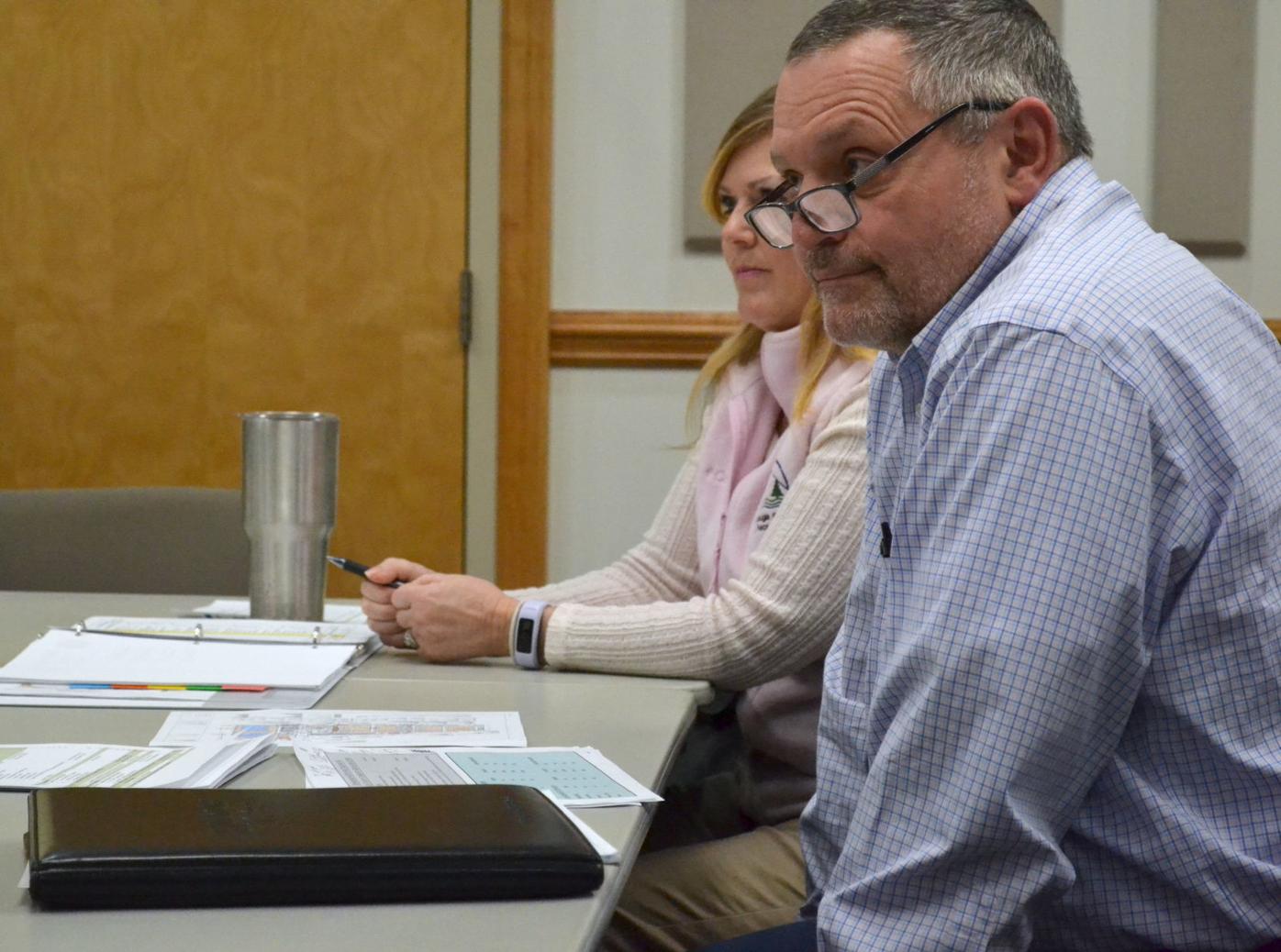 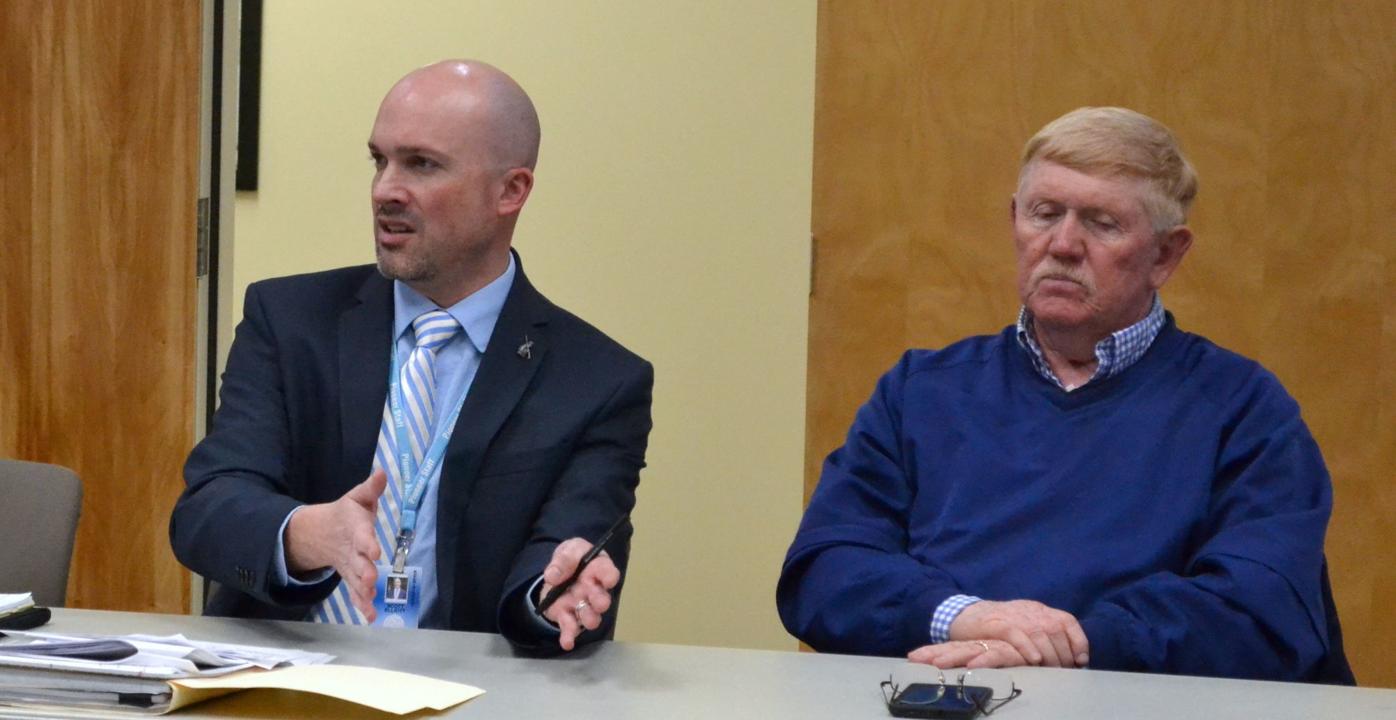 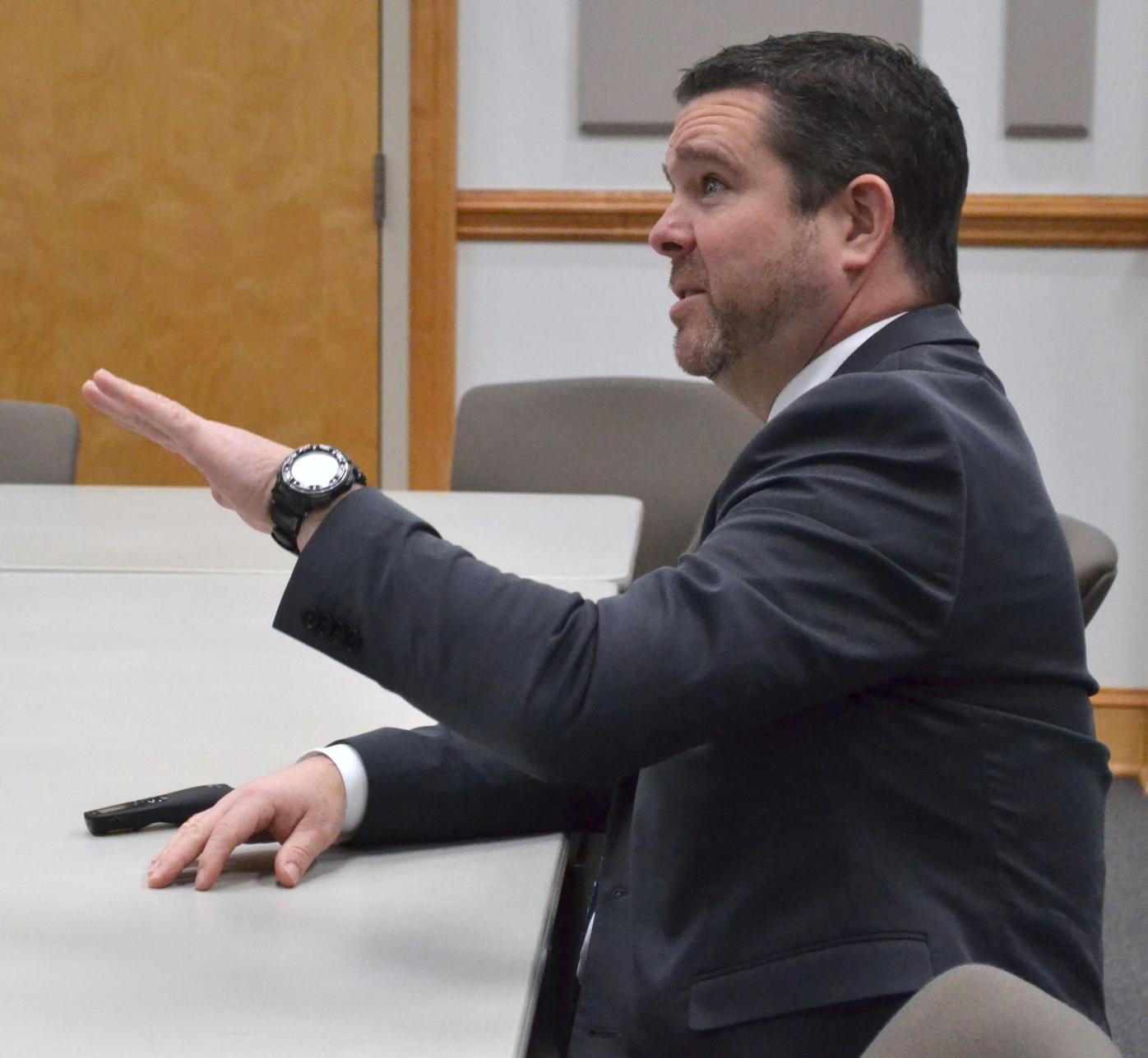 This story was updated on Feb. 25 with information regarding the loan the county had taken out for the Tweetsie property.

BOONE — With a little more than a year away from the projected opening of the Watauga County Community Recreation Center, officials are working to create programming and proposed membership fees for the facility.

Stephen Poulos, director of Watauga County Parks and Recreation, and Keron Poteat, a Watauga recreation specialist, presented the draft information to the Watauga County Board of Commissioners during the board’s two-day budget retreat Feb. 18 and 19.

County Manager Deron Geouque said the proposed plan was based on county and parks and rec officials touring multiple facilities similar to the rec center to see how they operate. The Watauga facility is planned to have a gym with four multi-use courts, a competition swimming pool, a leisure pool, a walking track, limited gym equipment, rentable rooms, outside tennis courts, an outside basketball court in addition to other amenities.

“Our facility is going to be top notch,” Geouque said.

The center would offer a scholarship at a reduced rate or free assistance for Watauga County Parks and Recreation programs and activities, according to the department.

Draft programming includes Zumba, yoga, spin classes, day camps and other fitness classes. Poteat explained that membership fees would be all inclusive, and people wouldn’t have to pay extra for different amenities or multiple classes. Information presented showed that the facility would offer child care as well as elder/dementia care. The projected schedule would have the center open during select hours every day of the week.

“Despite what people say, there is a plan for this,” Geouque said. “We have already planned money in the budget to cover that shortfall.”

Geouque also said that the fee structure will impact the amount of the shortfall, and the proposed numbers are being conservative with revenue projections and planning for the higher end of the expenditures.

Project architect Chad Roberson with Clark Nexsen said the building pad for the rec center is about 70 percent complete as of Feb. 19. The site was scheduled to see steel go up in April. The projected opening date of the facility is April 10, 2020, according to Roberson. However, Geouque is cautious about this date, as the project has already experienced 29 days of inclement on the site.

Roberson has also been working with Watauga County Schools on a 13-year-long capital plan to update, renovate and replace some of the schools is the district. A facilities needs assessment identified a total of $99,690,359.14 for total project costs for renovations to all eight schools.

Members of the Watauga County Board of Education met with the commissioners to discuss the school system’s budget for the coming fiscal year, including the start to implement the long range plan.

Superintendent Scott Elliott said he and schools Facilities Director Danny Clark had been meeting with Roberson to break up the plan into phases.

Elliott said the first half of the first phase has prioritized the replacement of Valle Crucis School — projected at $35 million in cost — while also trying to complete some renovations at the other schools. He added that right now he is tasked at looking for land for the potential new school. The second half of phase one would include renovation work being done at Green Valley, Bethel, Cove Creek and Mabel schools.

Other budget items the schools brought to the commissioners were $100,000 for security cameras, $160,000 for parking lot resurfacing and $200,000 for instructional devices for students and staff.

Going into budget retreat discussions, Geouque reminded the board that it already has committed some allocations going into the next fiscal year. These commitments include a $66,215 increase for the Watauga health department (AppHealthCare) — for a total of $746,920 for 2019-20, and an increase of $47,600 for the Watuaga Public Library — for a total of $652,360 in FY 2019-20. This coming fiscal year will be the second year of three for these increases to these departments.

The commissioners also reviewed the county’s debt summary up to this point. The first interest payment on the rec center is due in May, but Finance Director Misty Watson mentioned that two county loans will be paid off by the end of the current fiscal year. The loan the county had for Tweetsie was paid off in the fall, while the loan for the Watauga County Detention Center will end this spring — both totaling about $300,000 each year.

According to past reporting by the Watauga Democrat, Tweetsie experienced an expiration of property leases in 2007. Geouque explained that in order to keep the Wild West theme park in Watauga County, the county bought an undivided interest in a piece of property at Tweetsie. Tweetie pays the county $13,125 monthly for an annual total of $157,500 — a sum of $656,250 amount paid to the county from Tweetsie to date, according to Geouque.

Tweetsie's lease started December 2008 and runs through December 2028. Watson said when the lease expires in 2028, Tweetsie will either purchase the property or renegotiate the lease.

Geouque also discussed a request from Watauga County Clerk of Court Diane Cornett Deal for renovations to a courtroom. The request asked to replace the judge’s bench, lighting, sound system, carpet, wallpaper and ramp to judge’s bench and witness lift in courtroom two — for a total of $350,000. Geouque said the county is trying to compromise with courthouse staff, but is thinking it may only allot $50,000 to $100,000 for the renovations, as all of the request may need to be a long-term plan.

The renovation plan, as created by an architect, would raise the witness stand by six inches and provide handicapped access by a ramp and an adjacent step, provide one extra juror chair (for a total of 14), raise the back row of jurors by six inches, create more walkway space for judges as well as the lift of the judge’s seat and added ramp.

Roberson, in addition to being the architect for the rec center and the schools, also provided insight for county long-range facilities planning. Geouque explained that in previous years, there has been talk of moving county operations to the human services locations and using the county administration building space for courthouse expansion. Clark Nexsen has been tasked with meeting with different departments and offices to evaluate space needs, formulate a building program from these needs and make a recommendation for accomplishing the goals.

Planning and Inspections Director Joe Furman presented the commissioners with a request for 2019-20 of $50,000 for the Guy Ford River Access project. He explained that the project’s approximately this much short in funding. Current funding allows for the building of a retaining wall and pavement of a parking lot, but not parking lot striping and the placement of a picnic facility.

Wendy Patoprsty, director of the Middle Fork Greenway, subsequently laid out to commissioners the fundraising needs for the greenway project — with roughly $1.9 million needed in 2019-20. Some of this amount includes $575,000 for land acquisition, $500,000 to build a bridge and underpass near Tweetsie and $500,000 in stream restoration. Overall, she said the project still needs around $10 million for total project completion.

The board plans to meet May 8-9 for its two-day budget work session, with the 2019-20 FY budget proposal up for public hearing at the commissioners’ May 21 meeting.

Lease to Tweetsie for $3 million property is $1 per yrae!

Question: When is our contract up with Tweetsie? When will Tweestie start paying rent for the property? Or, when will we sell the property offering Tweetsie right of first refusal?

When owners of Tweetsie got into financial trouble due to paying exhorbatant salaries to the owners, the county bailed them out by borrowing $3 million to purchase the property which Tweetsie operates on and then entered into a contract to lease the land to Tweetsie. Tweetsie is supposed to provide county with financisl statements and projf thst they spemd $150,000 a year on capital improvements which tge TDA funds. Why government is in the business of using taxpayer money to prop up private business is just wrong!