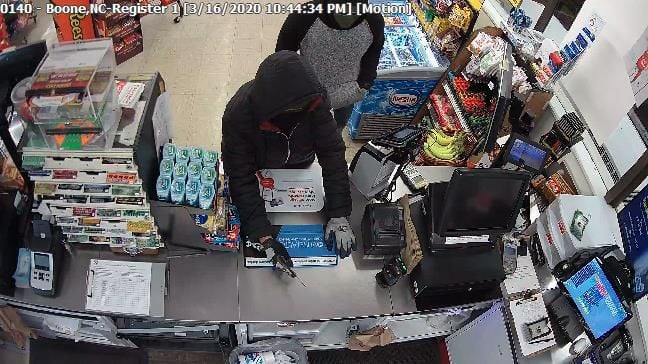 Police search for two men found in a surveillance video. 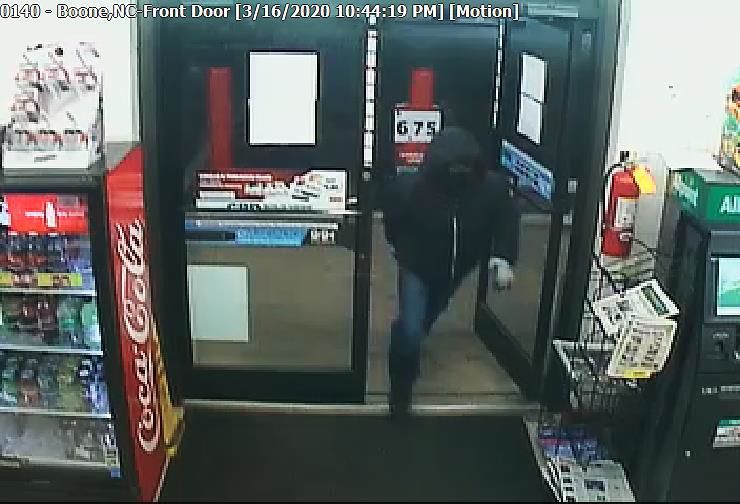 A man is seen on video walking into a gas station. 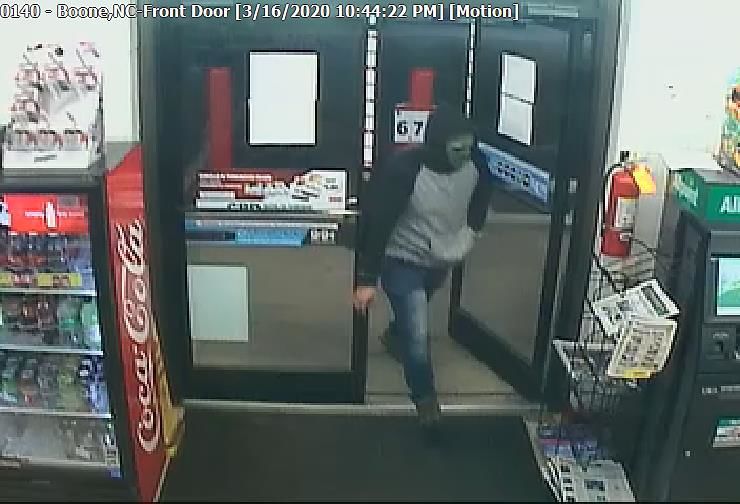 Officers search for an unidentified man. 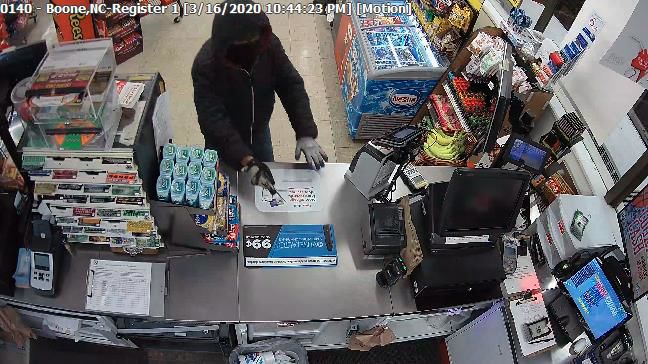 Boone Police ask for public assistance in identifying a man. 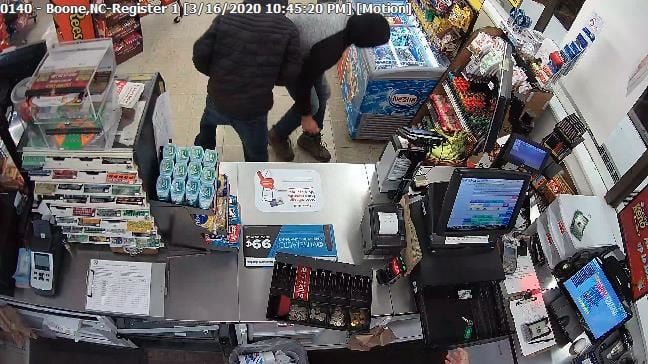 Police search for two men found in a surveillance video.

A man is seen on video walking into a gas station.

Officers search for an unidentified man.

Boone Police ask for public assistance in identifying a man.

According to the Boone Police Department, officers responded to a 911 call reporting a robbery with a weapon at the Circle K Gas Station — located at 1218 State Farm Road — around 10:45 p.m. on March 16.

The store clerk reported that two white males allegedly entered the store wearing masks, Boone Police stated. The suspects reportedly demanded money from the cash register, with one of them brandishing a knife at the clerk. The two suspects left the store with an undisclosed amount of money, beer, beef jerky and cigarettes.

Police stated the men then left the store on foot and headed in a northwest direction. A canvas of the area revealed that a white, possibly four-door vehicle was seen in the parking lot of a Kimberly Drive apartment complex, near the scene of the incident. A witness observed a white male changing his shirt at this vehicle.

Upon viewing video footage, it was determined that the males spoke to the clerk with a distinct Hispanic accent, police said. One suspect was wearing a gray sweatshirt with black sleeves and hood, blue jeans with white fade marks on the front and back and boots. The second suspect was wearing a black zip-up jacket with a hood, and dark blue jeans. The hood was partially or fully lined in red.

High Country Crime Stoppers pays rewards for information that leads to arrests, recovery of stolen property, seizure of drugs and the location of wanted persons.

High Country Crime Stoppers is a nonprofit organization operated by a volunteer community board of directors serving Avery and Watauga counties. High Country Crime Stoppers encourages the reporting of information or leads which can assist law enforcement with solving crimes. Its goal is to help in the fight against crime, but it is not part of the local police departments or sheriff’s offices. Each county has a law enforcement coordinator who participates as an advisor to the board but is a non-voting member. The citizen’s board is responsible for operations of the program, fund raising, public relations and approval of rewards.