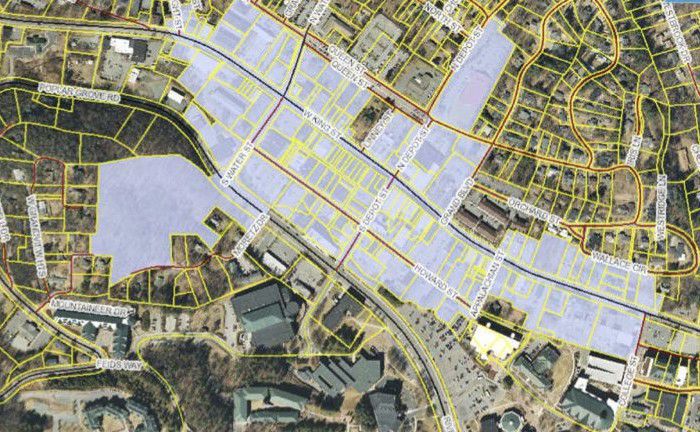 Boone Municipal Service District boundaries, as of 2015, are shown in this photo. 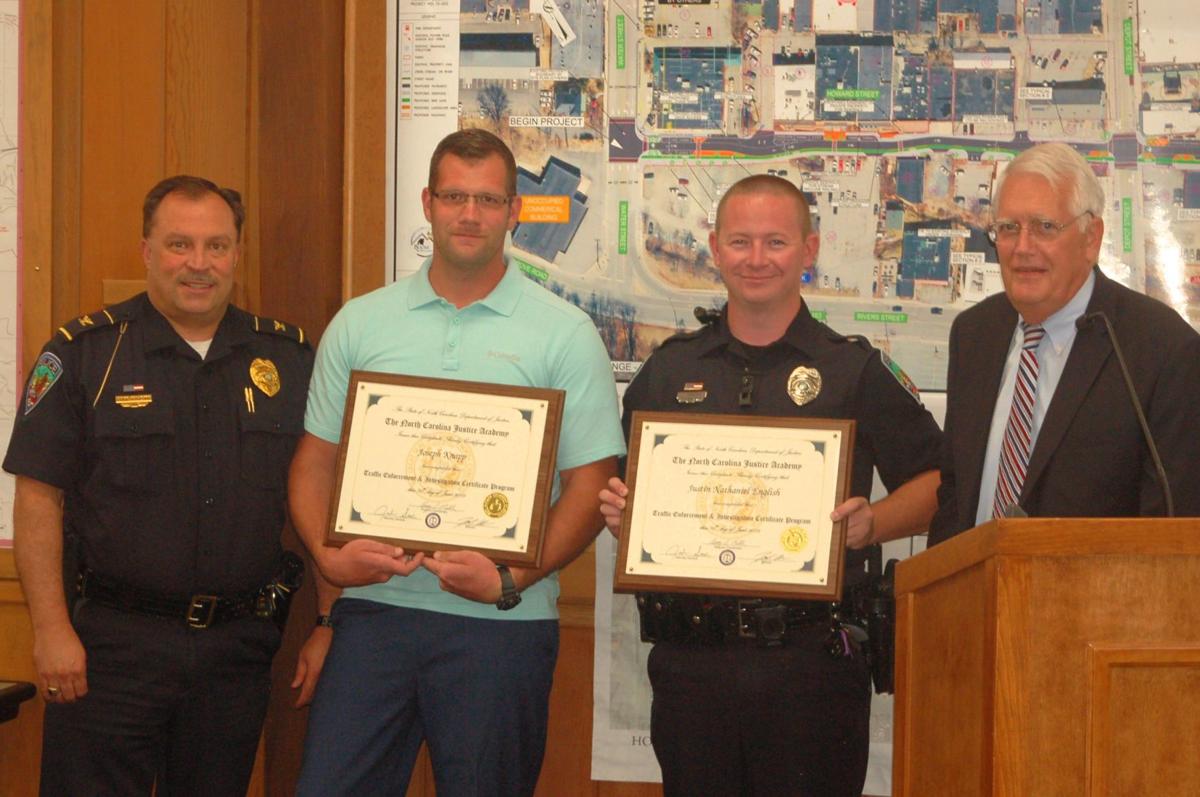 Boone Municipal Service District boundaries, as of 2015, are shown in this photo.

The vote followed a public hearing held by the council at the Sept. 17 town council meeting, where a representative of Daniel Boone Condos stated opposition to being included.

“I think we need to make the downtown cohesive,” Boone Town Council Member Lynne Mason said on Sept. 19. “I think we have good basis to include that and not delay.”

Currently consisting of 147 downtown parcels and more than 70 businesses, the Municipal Service District was established for the purpose of promoting and making physical improvements to downtown Boone. Property and business owners in the MSD are members of the Downtown Boone Development Association, which administers MSD tax revenues in coordination with the town’s downtown coordinator. The DBDA membership appoints six members to the DBDA board of directors, and the Boone Town Council appoints six other directors. The current property tax rate for the downtown Boone MSD is 21 cents per $100 valuation.

Boone Town Manager John Ward gave a presentation on a potential ordinance on Sept. 17, saying that the MSD was started in 1993 as part of the N.C. Main Street program. Ward said to be eligible, one-eighth of the boundary of the new property has to be bordering a current MSD district property.

Ward said including the Daniel Boone Condos would help the town use MSD tax revenue to potentially install curbs, gutters and other stormwater management improvements on the condo side of Grand Boulevard.

As far as the 6800 block of Rivers Street, Ward said the businesses in that strip have requested to be included in downtown activities, but the promotion materials could not include them since they’re not in the MSD.

The addition of the Appalachian State University Baptist Student Center building on Howard Street wouldn’t bring any new taxes due to ASU buildings being tax exempt, but Ward said that it would help when doing future street upgrades to tie in all of Depot Street and Appalachian Street, which he said are in dire need of upkeep.

Judy Davis spoke on behalf of Daniel Boone Condos property owner Jim Marsh. Davis said that the condo owners “do not assess any advantage to being placed in the district” as residential units, saying that commercial units benefit more from MSD designation.

Davis explained that the condos will be in a major repair schedule for the next three years, which will cost each owner thousands already, and while it’ll give downtown Boone a facelift, the extra tax expense isn’t desired.

However, Davis said if the MSD expansion does happen at Daniel Boone Condos, the condo owners would be interested in additional streetlights for safety, additional landscaping and improved drainage and sewer on Grand Boulevard, plus an outline of what each of their MSD taxes would specifically go toward.

Tucker Deal spoke on behalf of Rivers Walk’s Glenn Weaver, asking that the property be phased in to the MSD tax due to the brownfield designation the area currently has. MSD ordinances allow a phase-in for businesses that take over and clean up properties that are designated brownfield areas, noting the economic help it brings to the area. Ward said that the town would be agreeable to that.

In a discussion about including vaping bans into its ordinances for AppalCART stops, the town directed Meade to write up draft ordinances to increase the smoking ban radius from building entrances or even potentially ban smoking on all downtown sidewalks.

The discussion moved into the town’s regulations against smoking. Currently, a Boone ordinance has smoking banned within a six-foot radius of any public entrance to a facility when its open, which Mason said is too small. Meade brought up expanding the radius to 10, 15, 25 or 50 feet.

Ward said that expanding the radius of non-smoking could mean more litter if the ash trays and butt depots are that far from the building entrances. Councilman Sam, Furgiuele expressed hesitation to sidewalk smoking ordinance changes due to what he feels is a lack of enforcement of the issue.

In support, Mason said the council has a responsibility to protect the wellbeing of its citizens and said she wanted to ban smoking on town sidewalks altogether. Councilwoman Loretta Clawson said she wanted to hear from downtown business owners before enacting any new smoking regulations on town streets.

The town continued its discussion on trying to find ways to incentivize grocery stores to limit or eliminate their use of plastic bags. Steve Rigell of EarthFare talked to the council about his store’s no-plastic bags policy and said he would return to council with ideas in the future. Ward also read a letter from Publix spokesperson Kim Reynolds about the store’s plastic bag recycling containers and reusable bags.

The council voted 3-2 to approve a three-year contract for the audit services of Combs, Tennant and Carpenter of Boone with Furgiuele and Clawson voting against. Furgiuele said he wasn’t opposed to continuing working with the firm, but rather wanted to open up the bidding process. Town Manager John Ward said he would rather stick with Combs because of the upcoming Howard Street revitalization project and said a change of firms or a bidding process could result in delays of months. Councilman Marshall Ashcraft said he fundamentally agreed with Furgiuele, but said it would be best to get through the Howard Street project with Combs.

The town approved the purchase of 2.95 acres connected to the town-owned Strawberry Hill at Daniel Boone Park for $200,000. The sale is scheduled to close at the end of September or shortly thereafter. The land would be combined with the Strawberry Hill parcel for potential future projects.