Board of Education member Jay Fenwick and Chair Ron Henries discuss matters at a Nov. 7 meeting. 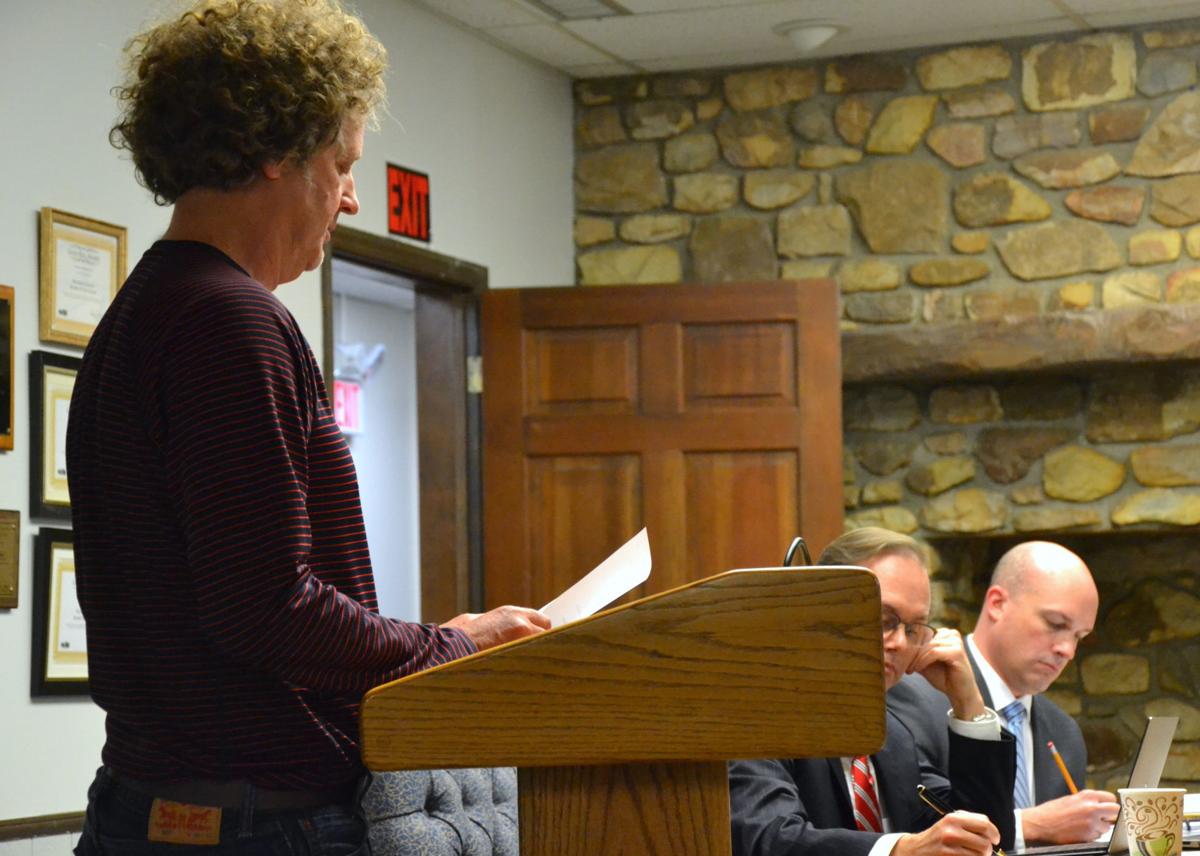 Board of Education member Jay Fenwick and Chair Ron Henries discuss matters at a Nov. 7 meeting.

BOONE — Eight days before a contract was to expire on a property in Valle Crucis being eyed for a school, the Watauga County Board of Education voted on Nov. 7 to extend its testing period on the viability of the site until March 16, 2020.

This will be five days more than a year since the board approved a contract to purchase a 14.4-acre tract of land in Valle Crucis for the eventual replacement of the existing 82-year-old school. The property — known now as the Hodges property — is situated along Broadstone Road approximately one-quarter mile from the existing school.

According to the contract, Superintendent Scott Elliott entered into the agreement on behalf of the board on March 28.

The agreement has since been in a 150-day due diligence period to test if the site is viable for a school, which was to end on Nov. 15. During this time, officials have conducted a septic/soil evaluation, land surveys, an environmental assessment, an archaeological assessment, wetland evaluation, conceptual layout plans and well drilling. Elliott said the board is continuing to conduct tests and evaluations of the Hodges property.

“The extension to the purchase contract provides additional time to conduct a permit level soils investigation related to the potential placement of the septic system,” Elliott said. “The initial soils investigation indicated that the soil on the property is suitable for a subsurface septic drain system. This higher level of testing will provide additional analysis of the soil conductions to not only confirm the initial test but also to determine the size and design of the proposed system.”

While this process is ordinarily conducted after the purchase of a property, Elliott said the board is being deliberate about this decision.

“The board has heard concerns about the proposed placement of the septic system from citizens during recent board meetings,” Elliott said. “This test is intended to provide the information necessary to answer those questions and inform the board’s decision about the purchase. Either way, it will need to be performed before a school can be built.”

The contract now states that closing on the property shall occur within 30 days following the end of the examination period. The contract also requests $10,000 from the board for the extension that is nonrefundable but “shall be credited toward the purchase price at closing.”

The purchase price of the property that was approved by the board as well as the Watauga County Board of Commissioners was $1,105,000. Several community members have voiced their disagreement with the purchase price, stating that this amount overvalues the property. This is the fair market value found by Micheal Sweeting of Sweeting Appraisal Service during his appraisal of the Hodges property in January.

During the public comment portion of the Nov. 7 meeting, the board heard from Bill Pressly and J.D. Dooley — who both spoke to the commissioners at a meeting the day before.

Pressly spoke about how he thought the price for the property was over fair market value and the property was too small for a school. He also expressed concerns about the property being in the floodplain and that the due diligence tests are lacking. Pressly added that the well drilled at the site has caused problems with a neighboring well.

“The board is content with a less than marginal solution rather than an exemplary one for our students,” Pressly said. “There will be no question who is responsible when water is displaced on neighboring properties and reparations are paid. All (will) know who to blame when the school needs to expand and there’s no room. It’s not too late. Better alternatives exist.”

Dooley had concerns about the septic and traffic at the site. The worry he had about the septic concerned the system being placed 20 inches above the water table beneath the land, the playground above that area and how saturated the land can become after it rains.

He added that someone is “going to get killed” in the “blind curve” on Broadstone Road if the school is placed on the proposed site.

The board will meet again for its regularly scheduled meeting on Dec. 9.