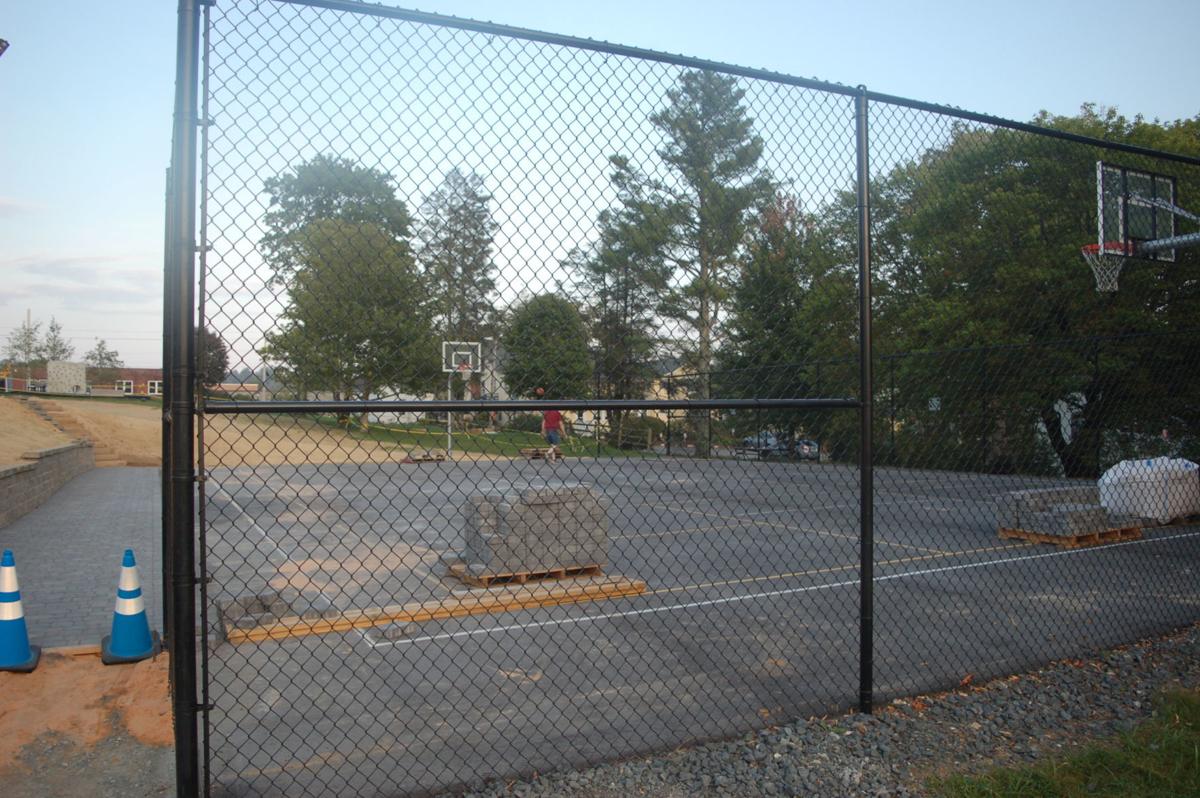 The lower basketball court, also set up pickleball, in Blowing Rock’s Memorial Park is currently under renovation with a pathway, left, being constructed, as pictured on Sept. 10. 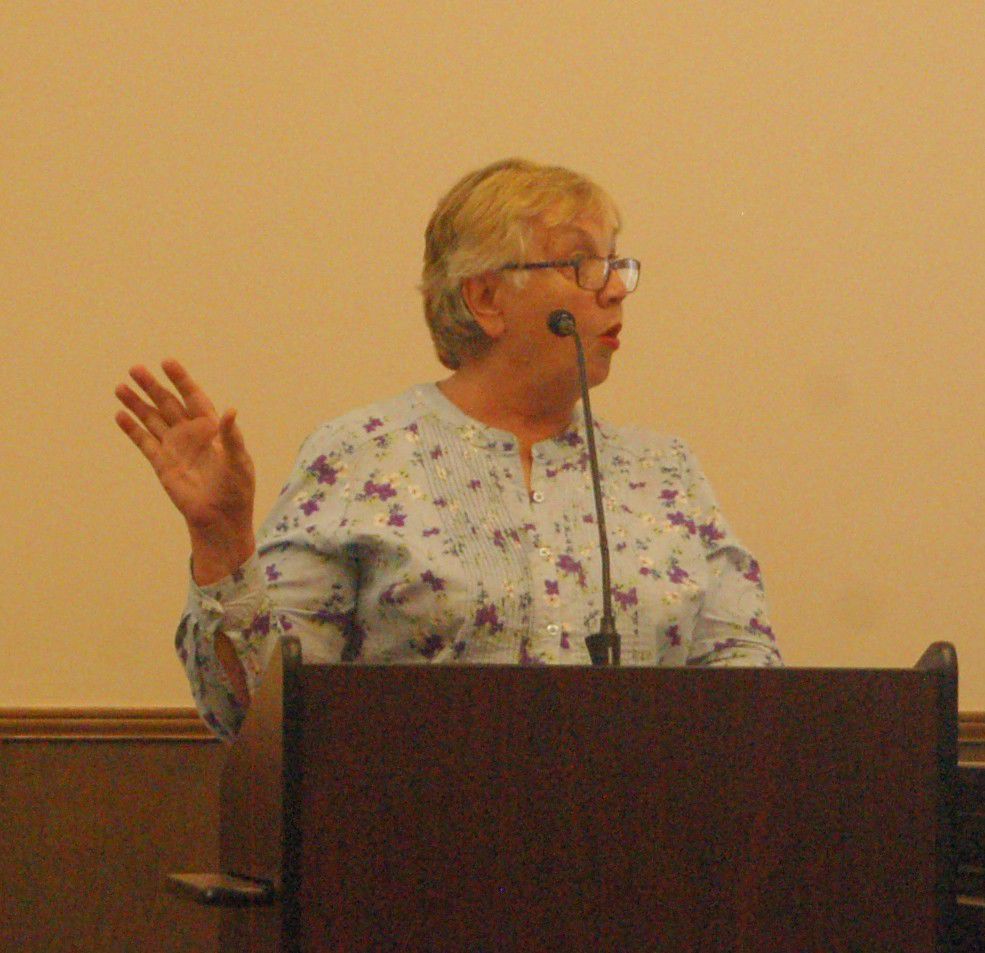 Ellen Bray speaks to the Blowing Rock Town Council on Sept. 10, asking them for permanent pickleball courts in Memorial Park.

The lower basketball court, also set up pickleball, in Blowing Rock’s Memorial Park is currently under renovation with a pathway, left, being constructed, as pictured on Sept. 10.

Ellen Bray speaks to the Blowing Rock Town Council on Sept. 10, asking them for permanent pickleball courts in Memorial Park.

Cohen, Ellen Bray and Mike Catanese each gave public comments asking for the permanent courts, as well as a fence between the newly built walkway and the court. Currently, there are two tennis courts and two full-length blacktop basketball courts, the bottom one also having lines for pickleball. In addition, the group asked the council to resurface the court to make it more pickleball friendly.

Bray said they have to carry the nets, which she said weigh 25-30 pounds apiece, to the court and set up each time they want to play. The group asked that the basketball goals be removed from the lower court.

“I’ve never seen full-court basketball played there, ever,” Catanese said of the lower court. “95 percent of the time I observe are a dad and child playing H.O.R.S.E. on one of the (basketball) goals.”

Mayor Charlie Sellers thanked the three for their comments and said the council would take it under consideration, also saying there’s not much they can do this year before winter.

Blowing Rock Town Manager Shane Fox said the Sunset Drive Streetscape project is still on course for an end-of-November completion, saying the main water and sewer lines are now complete with taps soon to go in. Demolition and rebuilding of sidewalks, curb and gutter will also be upcoming, Fox said.

The council unanimously accepted a request from the Blowing Rock Inn to install a 72-inch-by-20-inch sculpture in the inn’s flower bed. The sculpture, a triquetra knot, was previously approved by the Blowing Rock Apperance Advisory Council. The sculpture was created by Beau Lyday of Valdese and was featured at Chetola Resort’s Sculpture Walk in August.

Blowing Rock Planning and Inspections Director Kevin Rothrock gave an update on the Valley Boulevard ad-hoc committee, which is tasked with creating a vision for the road. Rothrock said the committee is using the services of an urban planner to develop a future vision for the road through community involvement, graphics and visuals. Rothrock said they have received three planning firm bids and will interview the lowest bidder, Benchmark Planning of Charlotte, who has previously worked with the town on sign ordinances, the comprehensive plan and other projects.

Going forward, Rothrock said the plan is to have public workshops in October in an effort to include as many residents, including seasonal, as possible, before making a final presentation in January.

Sellers said the Blowing Rock Historical Society conveyed concerns with the 1888 Museum, located in Memorial Park, which the town owns. Fox said the current budget has a placeholder for repairs, including a porch and door replacement. Resident David Harwood said he’s made concept drawings for work and said the building needs a lot of structural work, including stabilization. Council members expressed a desire to sit down and talk extensively about the issue at a later date.

Councilman Doug Matheson said he is working with AppalCART to potentially expand the Blowing Rock Route next year for special events and potentially going for a longer period of time.

Financing for capital expenditures from United Community Bank at 1.82 percent, the lowest bid, was unanimously approved by council. The financing would be for fiscal year 2019-20 expenditures such as dual-band radios and body and vehicle cameras for the Blowing Rock Police Department, two trucks, a van, water flow meter and storage building hydraulic power unit for the public works department and a roof and restroom heater for Blowing Rock Parks and Recreation. The financing would be for four years and up to $300,000.

Fox noted that the town, Piedmont Landscaping and the NCDOT will be planting new trees along Valley Boulevard in the coming days. Previously, most of the trees planted by NCDOT and its contractors had died, resulting in many complaints by residents.