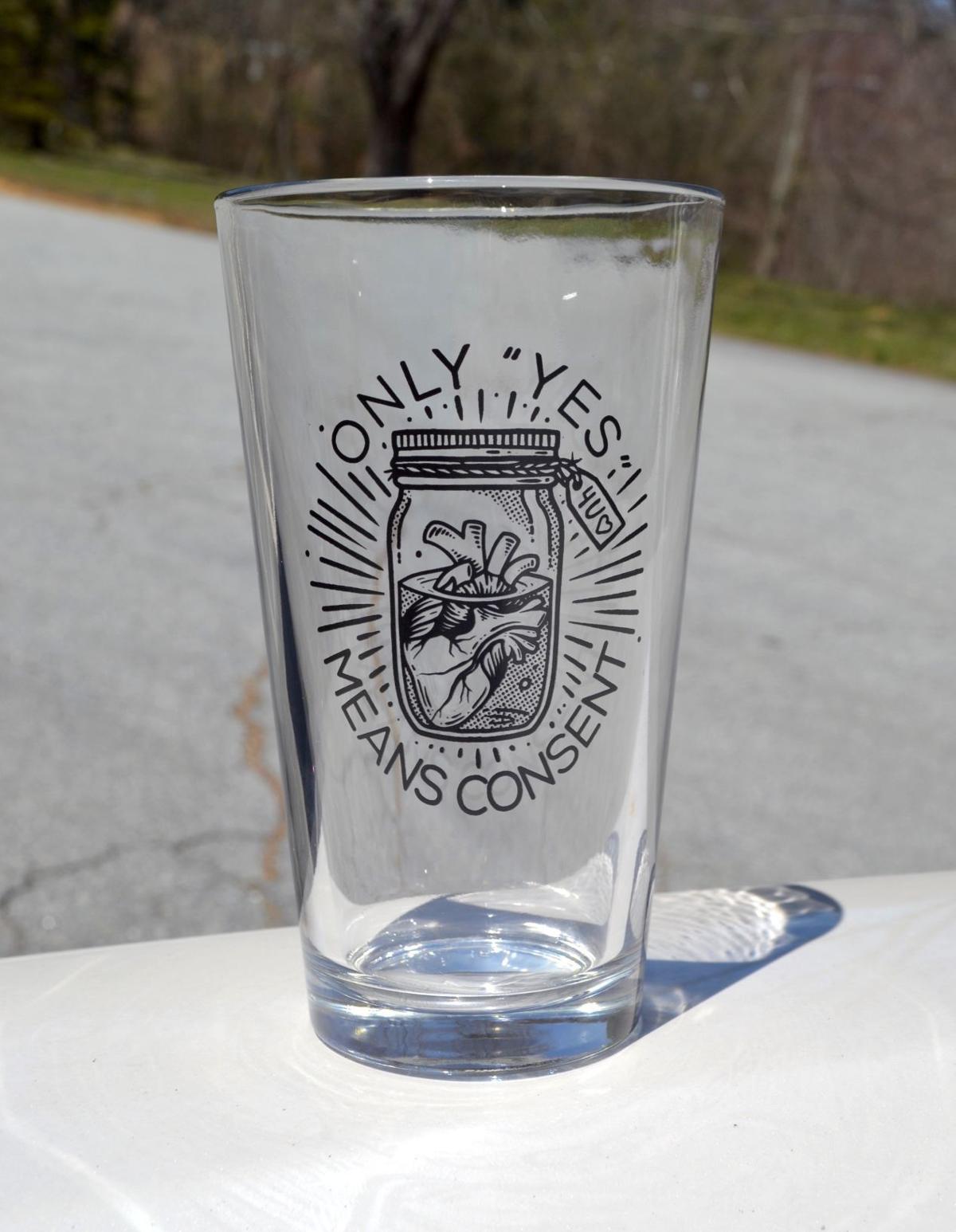 OASIS is providing some of these “only yes means consent” glasses to local bars and restaurants. 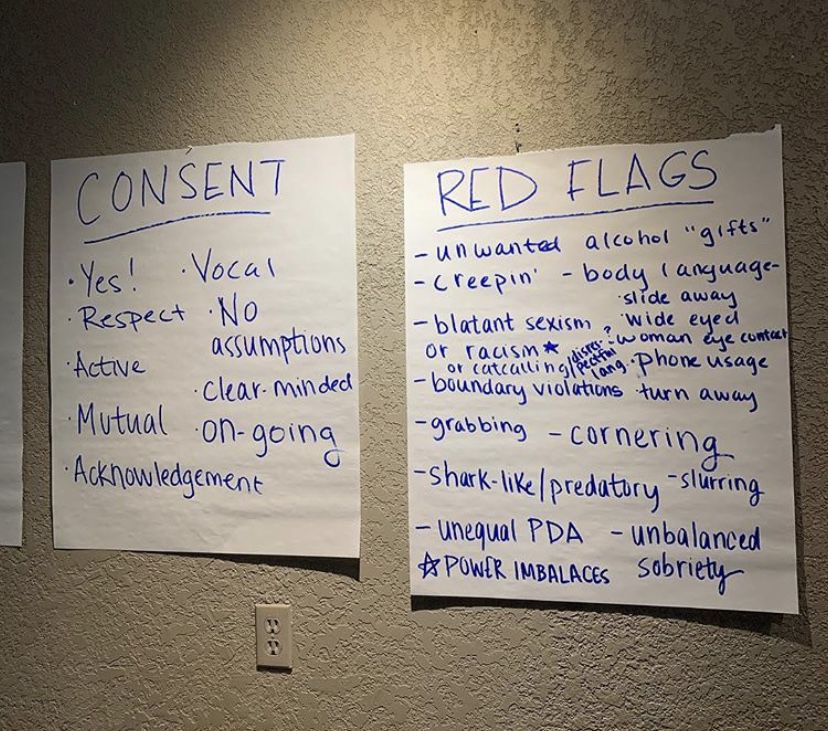 A group of local bar and restaurant staff members brainstormed ideas of what consent and red flags may look like during a training session on March 26. 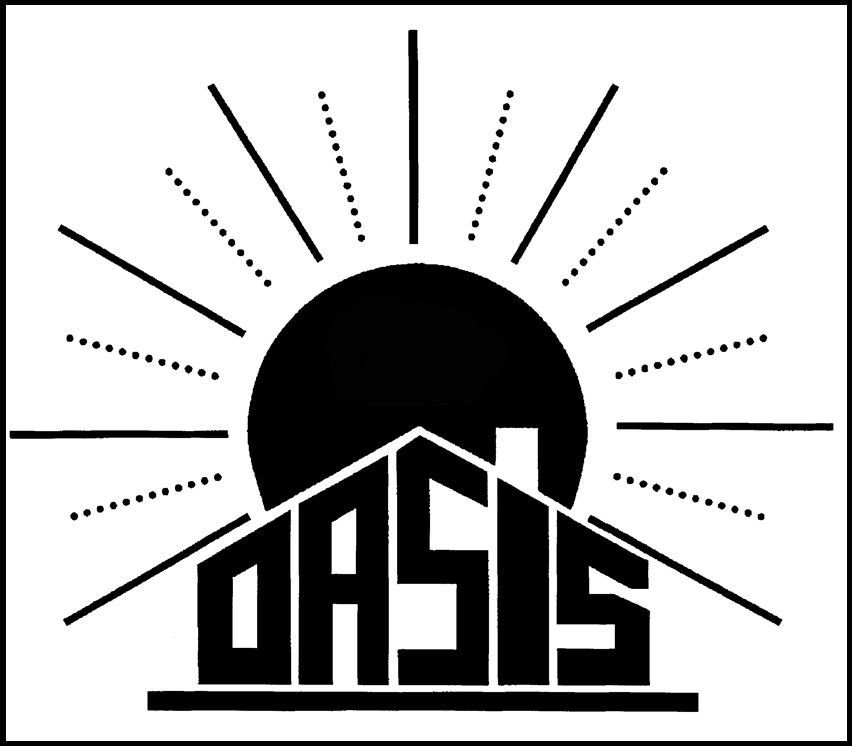 OASIS — Opposing Abuse with Service, Information, and Shelter — is a private, nonprofit organization that serves survivors of domestic and sexual violence in Watauga and Avery counties.

OASIS is providing some of these “only yes means consent” glasses to local bars and restaurants.

A group of local bar and restaurant staff members brainstormed ideas of what consent and red flags may look like during a training session on March 26.

OASIS — Opposing Abuse with Service, Information, and Shelter — is a private, nonprofit organization that serves survivors of domestic and sexual violence in Watauga and Avery counties.

BOONE — As someone who has worked in the restaurant and bar industry for 13 to 14 years, Seth Sullivan — co-owner of The Cardinal — said he’s seen almost every kind of harassment incident.

“You name a situation, I’ve seen it happen,” Sullivan said.

The examples include a person buying unwanted drinks for others who didn’t ask for them, cornering a person or separating them from a group to get them alone or unwanted touching. Sullivan said it’s up to society to change the culture around topics such as consent and sexual harassment and assault.

To start conversations on how bar owners and staff can play a role in intervening in these situations, OASIS hosted a two-hour interactive training on March 26 at Harvest House for local bar owners and staff members. Approximately 35 people from local bars and restaurants attended including representatives from Basil’s, Boone Saloon, The Cardinal, The Horton Hotel, The Local, Lost Province, Proper and The Nook Tavern in Morganton.

“It’s really time for us as a culture as a whole to all take steps to become active bystanders and assert ourselves into this dialogue,” Sullivan said. “Things aren’t going to change until we change them.”

Jessica Dale — OASIS’ rape prevention and education coordinator — said the training covered topics such as what is a red flag, what a red flag may look like and the spectrum of red flag behaviors (ranging from invading people’s personal space all the way to sexual assault).

“It was really encouraging; the bars that came were saying, ‘We just want to say this behavior isn’t acceptable here, and if you’re not willing to change your behavior, then we don’t want you in our bar. It doesn’t matter about money or how much alcohol that perpetrator might buy, we want to create a safe space for our community,’” Dale said.

The idea for the bar outreach program came out of a community-based sexual violence prevention task force made up of about eight people that Dale facilitates. OASIS then conducted a focus group with staff from The Cardinal to gain context about situations bar staff have seen that may have needed intervention.

From there, OASIS administered an online bar experience survey via social media and email. Approximately 240 people responded to the survey, which asked them questions such as what was their favorite bar, what are things that happen in a bar that would make someone uncomfortable and experiences when someone intervened during an incident.

OASIS used the survey responses to influence the content of the active bystander intervention training with bar staff members. Attendees were presented with five different scenarios that they discussed in small groups and then later shared with the whole group.

Dale explained that one of the scenarios might have been if a person was working at the bar and saw a woman who had been drinking a lot, dancing and having a good time, but a man kept approaching her and making her physically uncomfortable. If the woman came to the bar to get another drink, what would the bar staff do? Small groups examined what the red flag in the situation might have been, when would be an appropriate time to intervene, what factors would deter staff from intervening and what intervention skills may have been used.

Dale said OASIS has distributed educational materials such as posters to local establishments to educate the community about consent. She said OASIS also has encouraged posting information in business bathrooms to tell patrons that their staff have been trained on the following bystander items and can be used as a resource if necessary.

OASIS plans to host similar trainings, but dates are to be determined; trainings are offered for free. The nonprofit is also interested in individualized trainings with establishments where staff may be more comfortable to talk about situations they’ve experienced. This would ideally give businesses an avenue to come up with policies for their space, Dale said.

Sullivan said The Cardinal encourages employees to take someone off to the side and offer support or help if a patron approaches them and says they feel uncomfortable. Staff members will enlist the help of law enforcement if need be. He added that Cardinal staff are also active in finding safe rides home for patrons who need it.

A topic in the training that took Sullivan by surprise was people who had gotten into vehicles they thought were part of a safe ride service — such as Uber — but later found they were not, and were harassed or assaulted.

OASIS not only wants to educate the bar and restaurant community, but the greater community as well. The organization is hosting a community member active bystander workshop from 5:30 to 7:30 p.m. on April 16 at Watauga County Public Library.

“We see a gap where people in the community living their regular lives don’t often times get that opportunity to learn about red flags they might see in their every day life and how they might be able to intervene safely,” said OASIS Outreach Coordinator Sara Crouch.

April is Sexual Assault Awareness Month – an observance that’s been nationally recognized since 2001, according to Crouch. The National Sexual Violence Resource Center has themed the awareness month around the phrase “I ask” to emphasize the importance of consent.

For SAAM, OASIS is hosting events throughout April. OASIS planned to have an art exhibit at First Friday Art Crawl on April 5 at Third Place downtown. Crouch said the focus of the exhibit is on ways art has helped people through their trauma or artwork that comes out of pain. During the first week of April, Stick Boy was asking customers to round up the next dollar as a fundraiser for OASIS. The nonprofit also scheduled a restorative yoga session from 7:15 p.m. to 8:30 p.m. on April 28 at Neighborhood Yoda to continue the idea of healing and working through trauma.