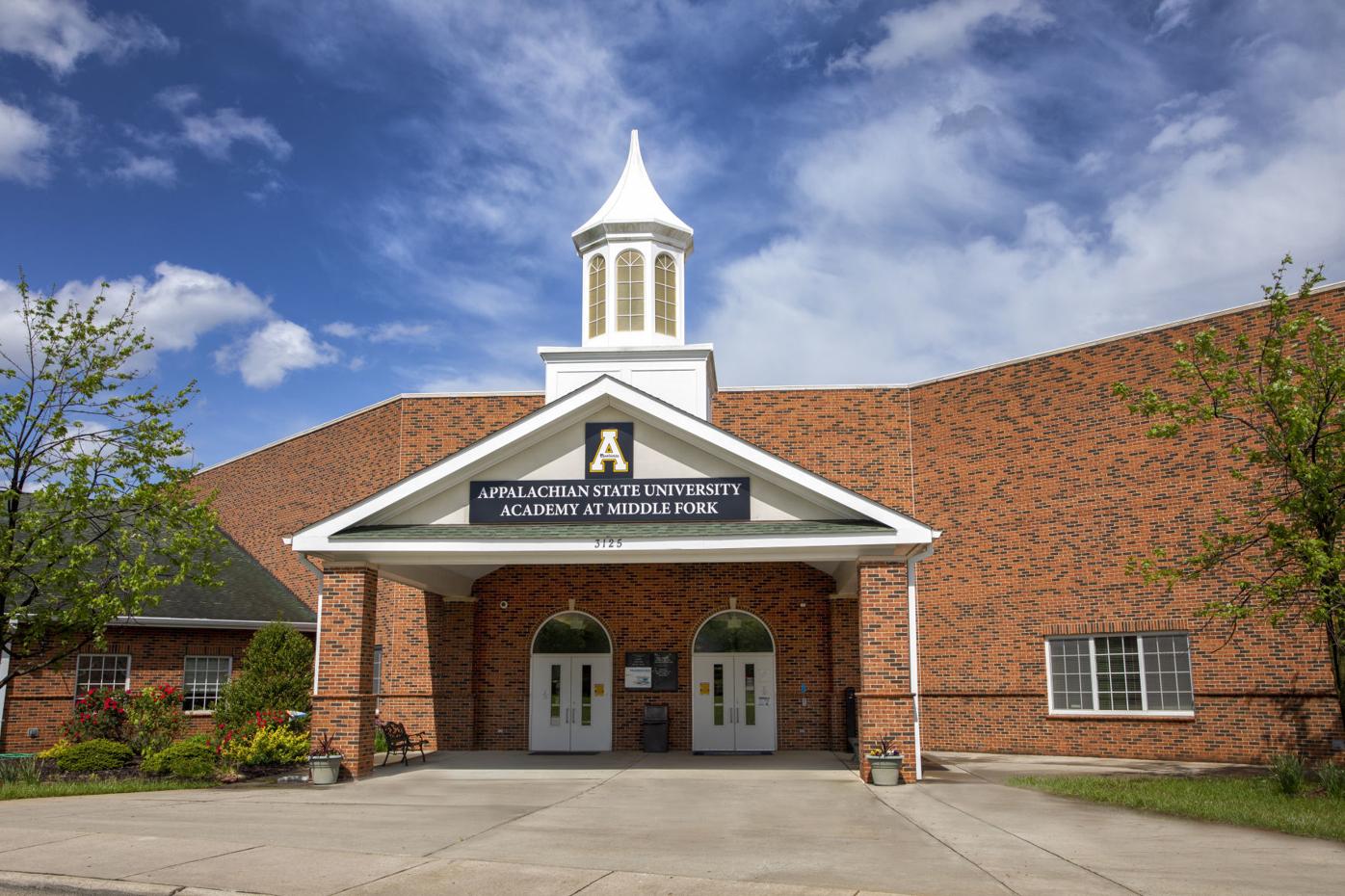 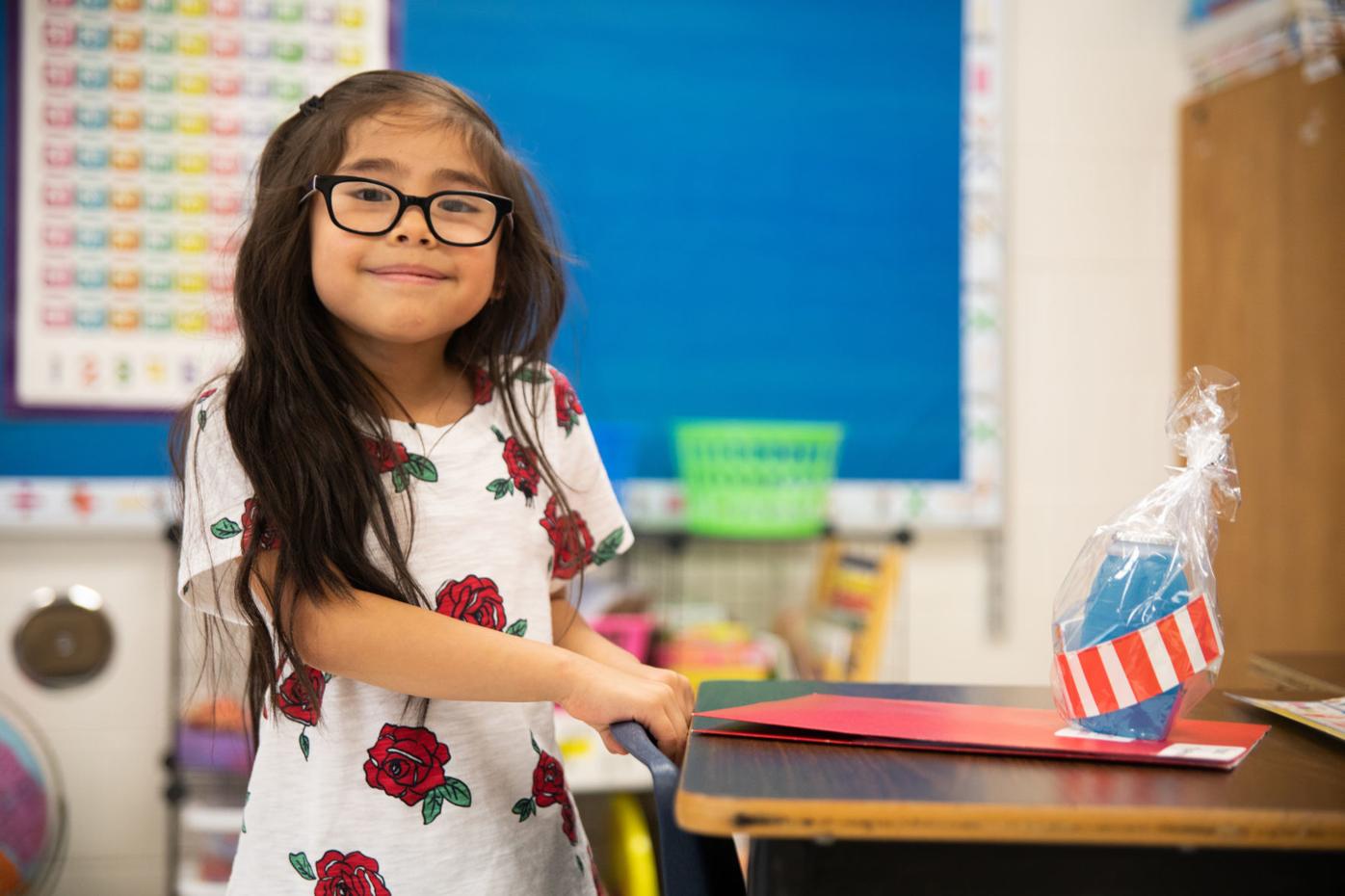 First-grader Kaylee Trejo-Hernandez enjoys time in a classroom at an open house for the Academy at Middle Fork. 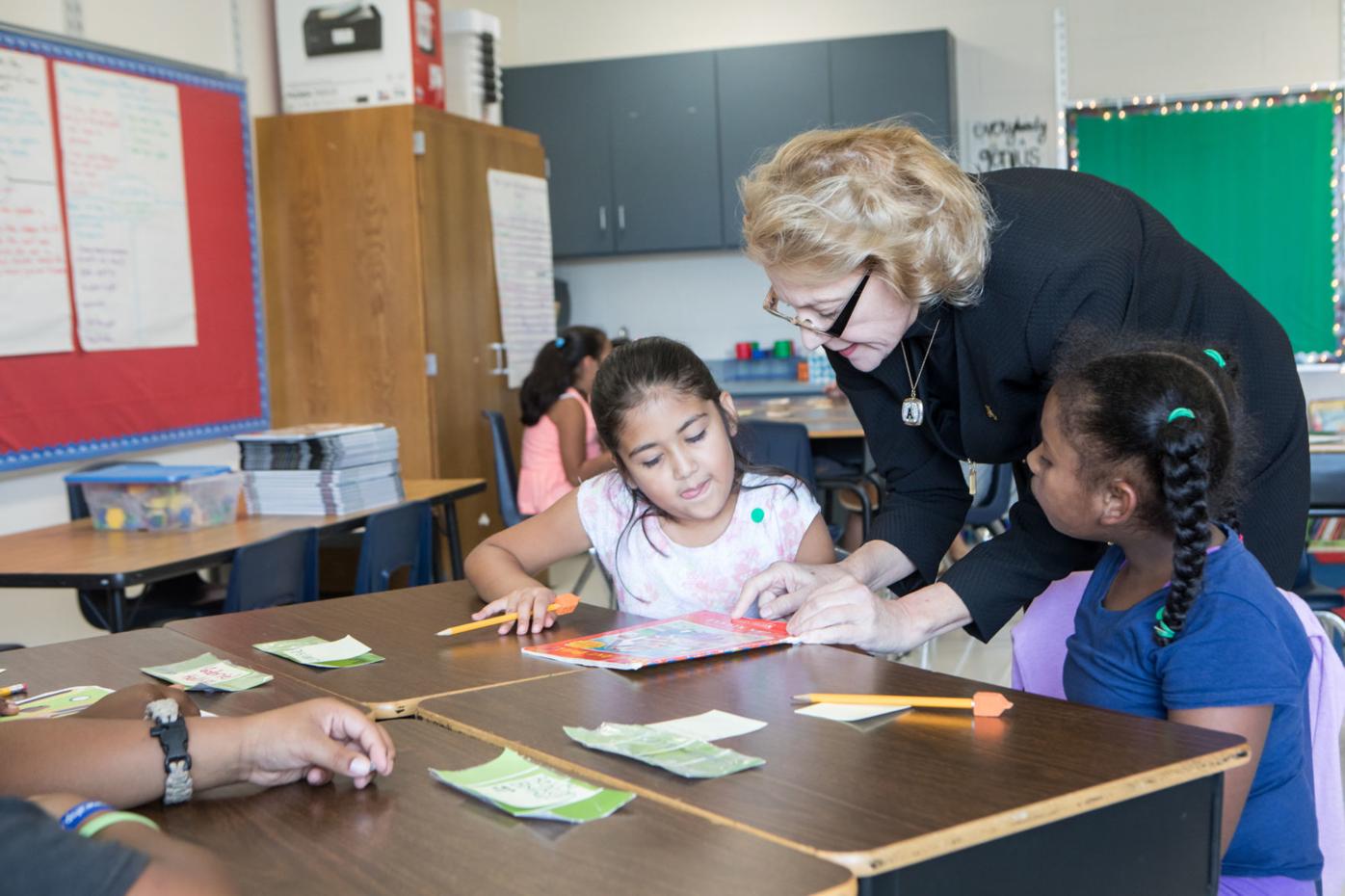 First-grader Kaylee Trejo-Hernandez enjoys time in a classroom at an open house for the Academy at Middle Fork.

WINSTON-SALEM — An elementary school located in Forsyth County with more than 270 students and 18 classroom teachers finished its first year as a new laboratory school in partnership with Appalachian State University on June 7.

The Appalachian State University Academy at Middle Fork — serving kindergarten through fifth grades — is a collaboration between the university’s Reich College of Education and the Winston-Salem/Forsyth County Schools. Serving as the school’s principal for one year before it was adopted as a lab school, Tasha Hall-Powell said the academy has seen significant improvements in attendance, behavior as well as areas in academics.

“I like hearing that teachers can’t believe it’s the end of the year and it doesn’t feel like the end of the year (compared with) years past where they might be really ready for kids to go home,” Hall-Powell said. “That’s not the feeling we have this year. To me that’s a really good sign that people are happy and like coming to work and enjoy what they do.”

A new curriculum with more flexibility, a shift in thinking by teachers and administrators, additional resources such as more books and materials and the change in class sizes have been the biggest changes and reasons for the school’s improvement, Hall-Powell said.

“We’ve seen lots of improvements just in our school culture and how teachers and students are relating to one another and building communities within their classroom, which allows us to build a strong community as a school,” said Amie Snow, the academy’s director of curriculum.

The school opened on Aug. 27 after App State had been in conversation with Winston-Salem/Forsyth School District since around 2016-17. These conversations were a result of a law passed by the N.C. General Assembly in 2016 requiring the UNC Board of Governors to establish eight lab schools aimed at improving student performance in low-performing schools, according to the University of North Carolina system.

When Middle Fork Elementary was chosen as a location for a lab school, it was the fifth lowest performing school in the state, according to App State’s Robin Groce.

Groce began as the director of implementation and planning for the academy. During this time she said she worked with the template made for a lab school created by the UNC system to conceptualize the school, hire teachers and enlist community support. She now serves as the assistant dean for the academy, serving as a liaison between the university, the academy, the N.C. Department of Public Instruction and the UNC system.

The curriculum for the school was created with four main commitments with a central focus of early literacy: learning together, developing the whole child, boosting academics and amplifying sustainability.

The Academy at Middle Fork recently wrapped up its end-of-grade testing, and will not have results to weigh its improvements for some time. However, Snow said the school has been keeping track of student success in other ways.

In addition to this, Snow said students took an N.C. reading check-in exam mid-year. As a result of this mid-year check-in, Snow said Middle Fork’s fifth-graders had improved 81 percent over what they scored as fourth-graders the previous year.

Hall-Powell said the school is not only tracking student success academically, but socially and emotionally as well. She said student engagement has increased because learning is being conducted in a way that sparks student interest.

The schools implemented a trauma sensitive training for employees this year, Snow said. She added that the academy’s behavior support specialist will also be working with teachers to develop positive ways to be proactive instead of reactive in a classroom. This is in addition to conducting classroom morning meetings, when students have an opportunity to learn to share and respond to one another about things going on in their life. Snow said morning meetings help teachers bond with their classrooms and helped students bond with one another.

“Sometimes (students) might just think about things they want to share that they enjoy doing,” Snow said. “Sometimes they might share things that may be a struggle for them and want to talk to their peers about it.”

In order to make the transition to a lab school go smoothly, all three officials agreed that it takes the right group of teachers and staff. Groce said when looking for teachers, she looked for those who had an interest with working with typically low-performing students and were interested in meeting social and emotional needs of children who needed support, who were interested in working with a different kind of curriculum and who could be flexible, creative and innovative.

In addition to all of these changes, Hall-Powell said class sizes for teachers have changed dramatically. Last year, upper grades were experiencing 30 to 32 students per class. This year the kindergarten and first grades had 13 to 15 students and third through fifth grades had 17 to 19 students. The reduced class sizes allow teachers to get to know their children better and understand their needs, Groce said.

Snow said officials are in the middle of discussing changes going into the 2019-20 school year. She said they will continue to monitor and modify the curriculum as needed for students as well as continue work on the school’s culture and communication with staff. Hall-Powell added that the academy also wants to build on its community of stakeholders and continue to work on the partnership with its partnering district — Winston-Salem/Forsyth County Schools.

While the school has taken steps toward sustainability, Groce said she would like to see an increase in sustainable practices at Middle Fork. Officials assessed sustainability needs at the school and how it can work with the partnering school district to implement ideas for zero waste, school gardens and recycling. Additionally, she wanted to see the computer lab space be more of a “makers space” with items such as sewing, legos and photography mixed in with the computer technology.

For more information on the Academy at Middle Fork, visit middlefork.appstate.edu.