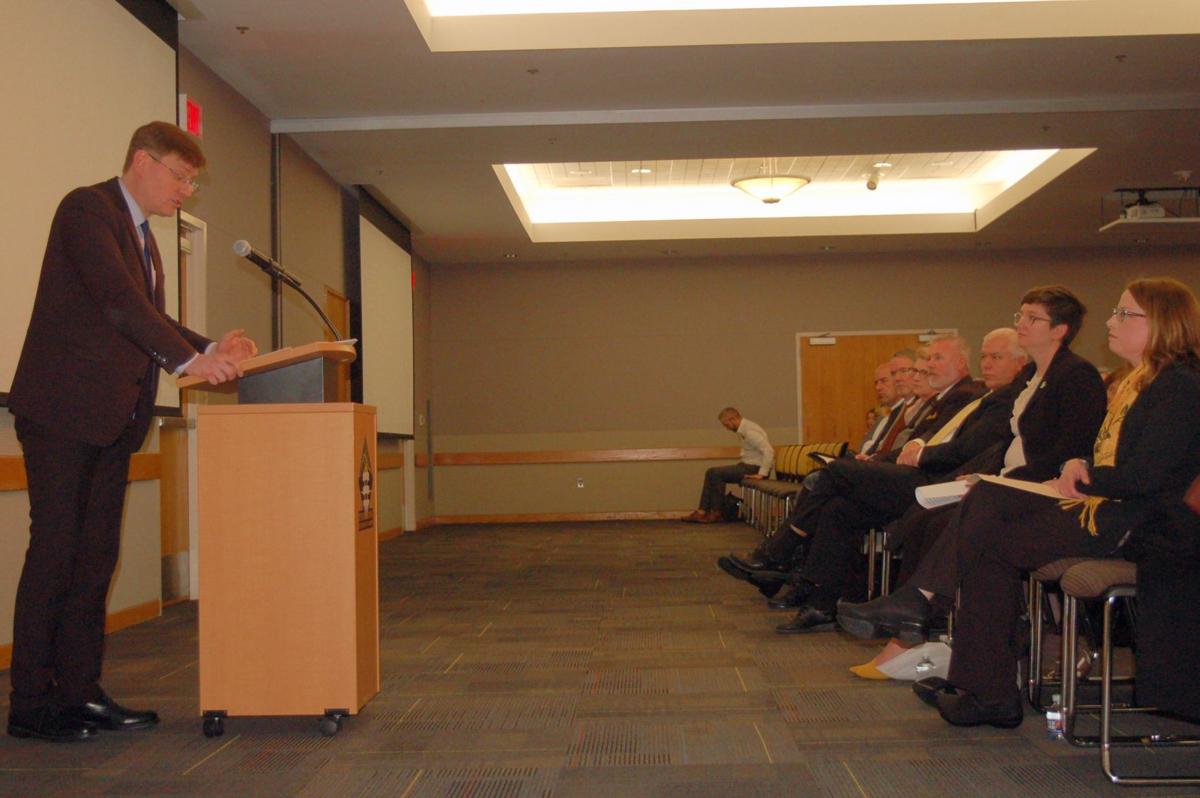 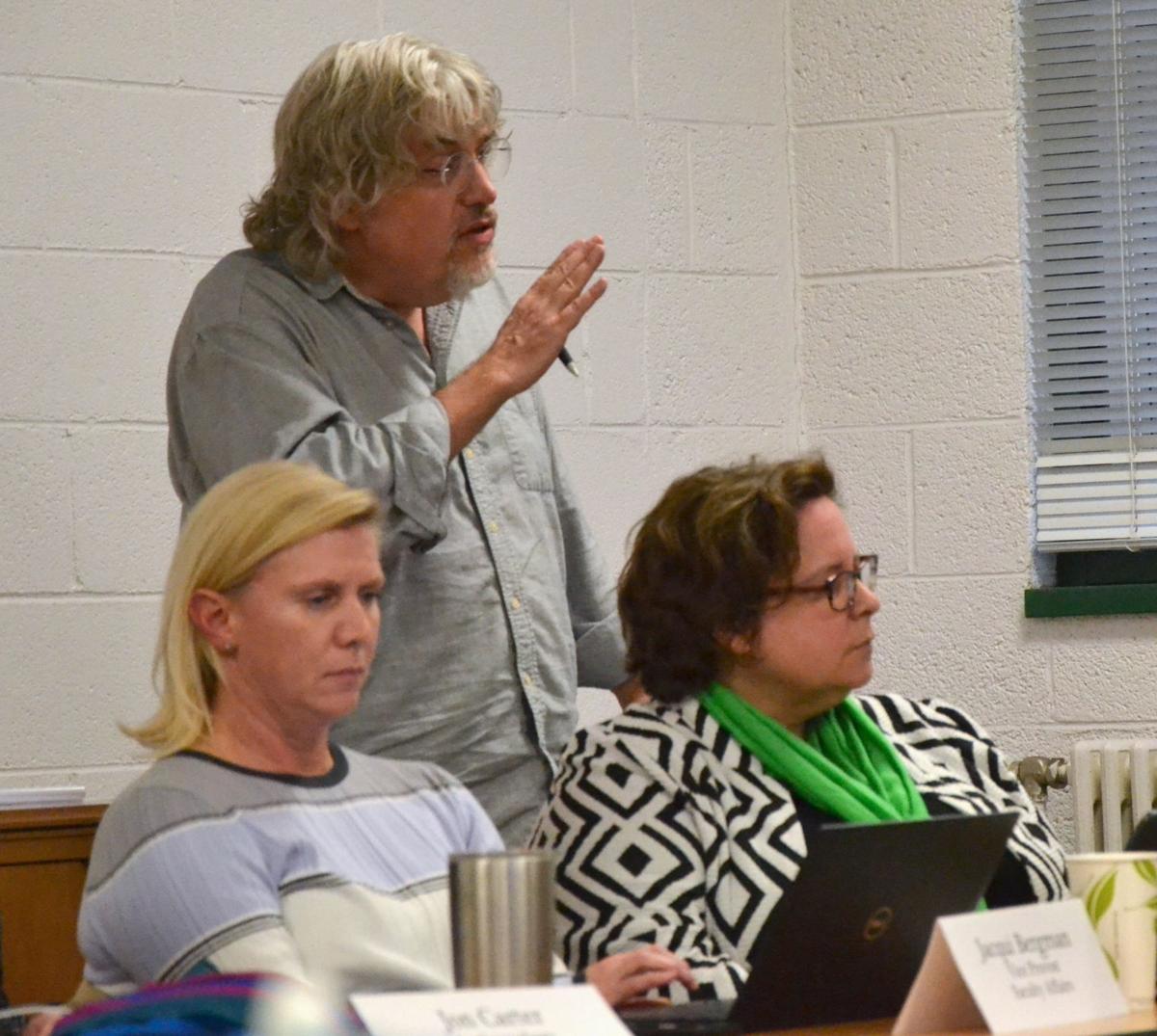 BOONE — Five months after Appalachian State University administrators announced that they expected to able to identify funds for merit-based raises for faculty, the lack of an enacted state budget bill for 2019-20 has led to an alternate plan for pay raises for faculty and staff.

The plan for what were described as campus salary adjustments under the authority of Chancellor Sheri Everts, also known as market-based raises, was presented by ASU Interim Provost Heather Norris during the annual faculty and staff spring meeting on Feb. 14. Norris was announced as the interim provost on Feb. 10, and is stepping into the position after Darrell Kruger resigned.

In her comments, Norris guaranteed the pay raises for faculty and staff would come through in 2020, saying administrators have identified a pool of funds shared by the ASU Student Affairs, Business Affairs and Academic Affairs divisions, and that deans and department chairs are currently planning for either type of raise.

“When we can push the button to say ‘go,’ whether it will be on the market-based side or the merit-based side, at some point, we will push that button. This year,” Norris said.

She added that the previously planned merit-based pay increase requires an approved biennium state budget, which was supposed to be completed in summer 2019. However, due to funding priority differences between the Republican-controlled N.C. legislature and Democratic Gov. Roy Cooper, the budget remains in limbo. The legislature doesn’t meet again as a full body until April 28.

The chancellor-initiated pay raises — which Norris described as “market-based” pay raises — can be awarded to faculty and staff without a state budget. Norris added that the raises are limited to promotions, job reclassification to a higher level, labor market considerations, internal salary inequities or when additional duties are assigned to an employee.

“They cannot be across-the-board increases, they cannot be retroactive and depending on what your salary level is, there are limits placed on what the increase can be,” Norris said of the chancellor-initiated raises. “If we expend the salary pool that we have set aside, on the market-based increases where not everyone will get to participate because they don’t meet one of the conditions, we won’t be able to do a merit-based increase this year.”

According to the slide presented at the meeting, cumulative fiscal year salary increases for any EHRA employee (exempt from the State Human Resources Act) or SHRA employee (covered by the State Human Resources Act) may not exceed 20 percent without pre-approval by the UNC system president or Board of Governors. Additionally, EHRA employee raises may not exceed $15,000 and cumulative fiscal year increases for any employee may not exceed 4.99 percent without Board of Governors approval if the employee’s salary exceeds $100,000.

Norris explained the process of receiving merit-based salary increases if the state budget were to be approved.

“The Board of Governors, after a state budget is approved, have to comply with any legislative mandates, they issue guidance to campuses on rules for annual raise process, and in recent years, you’ll recall that guidance has been that increases must be merit-based, with secondary consideration for market and/or equity,” Norris said.

In comments at the Feb. 14 meeting, ASU Faculty Senate Chairman Michael Behrent thanked Norris for providing answers to the pay raise questions they had asked.

“The goal of the university, even as it must tend to its own financial wellbeing, remains concentrated on academics and education, and that faculty are compensated in a way that allows them not only to focus on their … teaching, but also to feel that their worth is valued by the institution,” Behrent said on Feb. 14.

The commitment to faculty and staff pay raises comes four days after the ASU Faculty Senate expressed its dissatisfaction with the lack of action or answers on the issue of raises. It was mentioned during the Feb. 10 meeting that faculty and staff received a memo from Everts three days prior.

In the memo, Everts stated that as she advocated for Appalachian at the state level, she consistently emphasized two key areas. These areas included that the authorization, compliance and reporting measures for different sources of funds add additional layers of complexity to an already complex system as well as that competitive compensation is one recruiting and retaining tool that is critical to Appalachian remaining competitive.

“The ideal scenario for salary increases is legislative funding and authority to provide a merit-based annual raise process this year,” Everts stated in the memo. “It remains my priority to continue advocating for this option using every available avenue. At this point, we feel the best path forward is to wait for the legislature to reconvene, and make a decision that will have the broadest possible impact for the most employees, but we are prepared to act within our existing authority.

“It is important we control what we can as we continue advocating for a sustainable source of funds and the authority to move forward, unified in our shared goal to achieve a compensation structure that matches the talent of our employees.”

Martha McCaughey, a faculty senator and professor in the Department of Sociology, said that she has heard “dramatic frustration” from multiple faculty members since receiving Everts’ Feb. 7 email. McCaughey said the frustration stemmed from Everts’ comments seeming “vague” about being committed to faculty raises but that she did not mention the previous 4.99 percent commitment.

Randy Reed — a former Faculty Senate member and current member of the ad-hoc committee — presented the Faculty Senate with a resolution at the board’s Feb. 10 meeting. The group passed the resolution, which is in support of the 4.99 percent merit pool raise for the 2019-20 school year — the amount Everts told faculty senators in September that administrators should be able to fund for merit-based raises for faculty through the internal reallocation of funding. The amount was proposed by the faculty salary ad-hoc committee.

In her remarks on Feb. 14, Norris said discussions about the faculty pay raise would continue beyond that meeting. She added that one of her next steps would be to meet with the Ad Hoc Committee on Faculty Salaries to continue the conversation of the options available to the university.

Also at the Feb. 14 meeting, Behrent said he felt that faculty were not adequately informed on the 20,000-student enrollment goal set by the institution. He said that faculty were told about how to plan for enrollment growth in October 2019 without getting a justification for why the university is growing enrollment.

“We got our marching orders with no discussion of strategy,” Behrent said.

“I’m grateful that we got some good answers from the administration,” Behrent said.

Behrent spoke about what draws people to ASU and expressed concern that the growing enrollment will take some of those draws away. Further, Behrent said he feels that faculty should have more of a voice in explaining to the administration why they feel ASU is special.