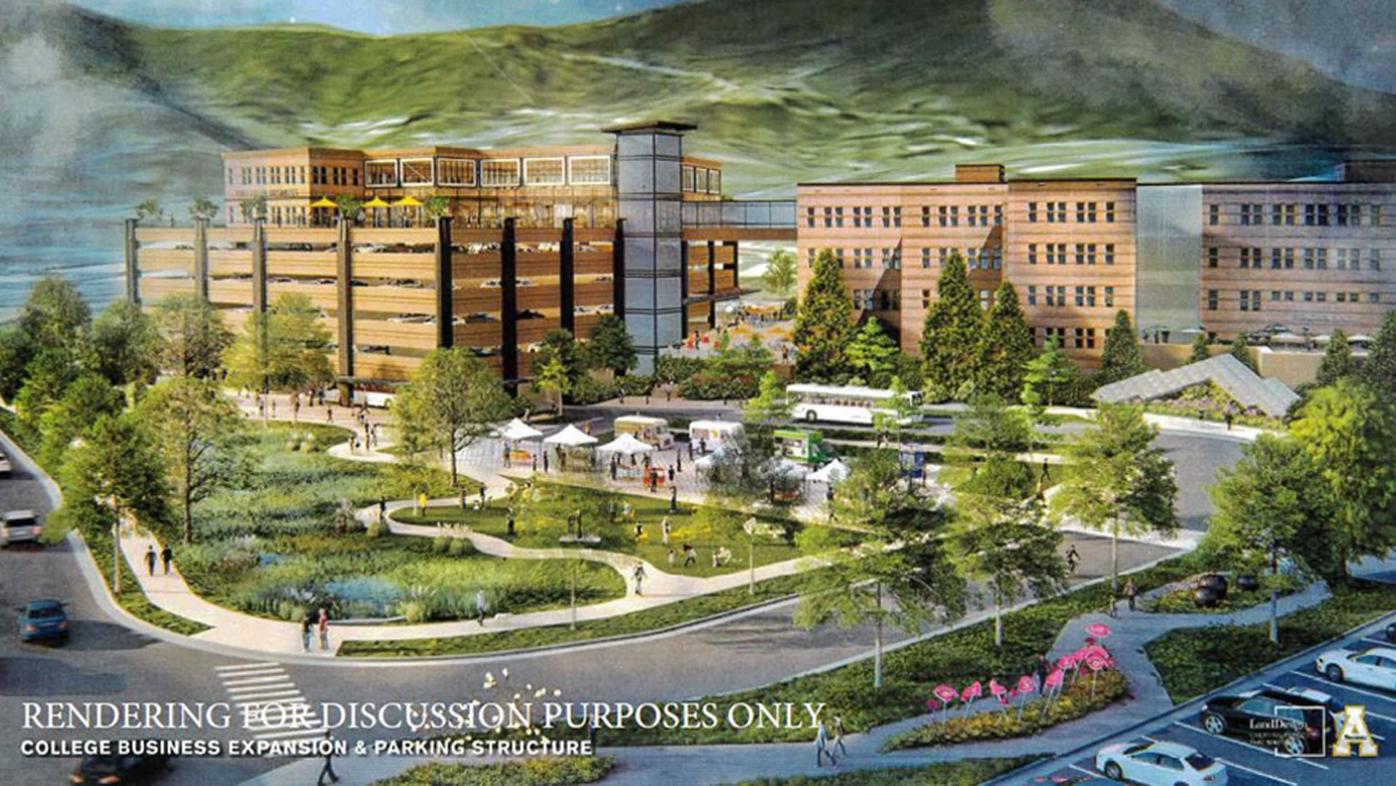 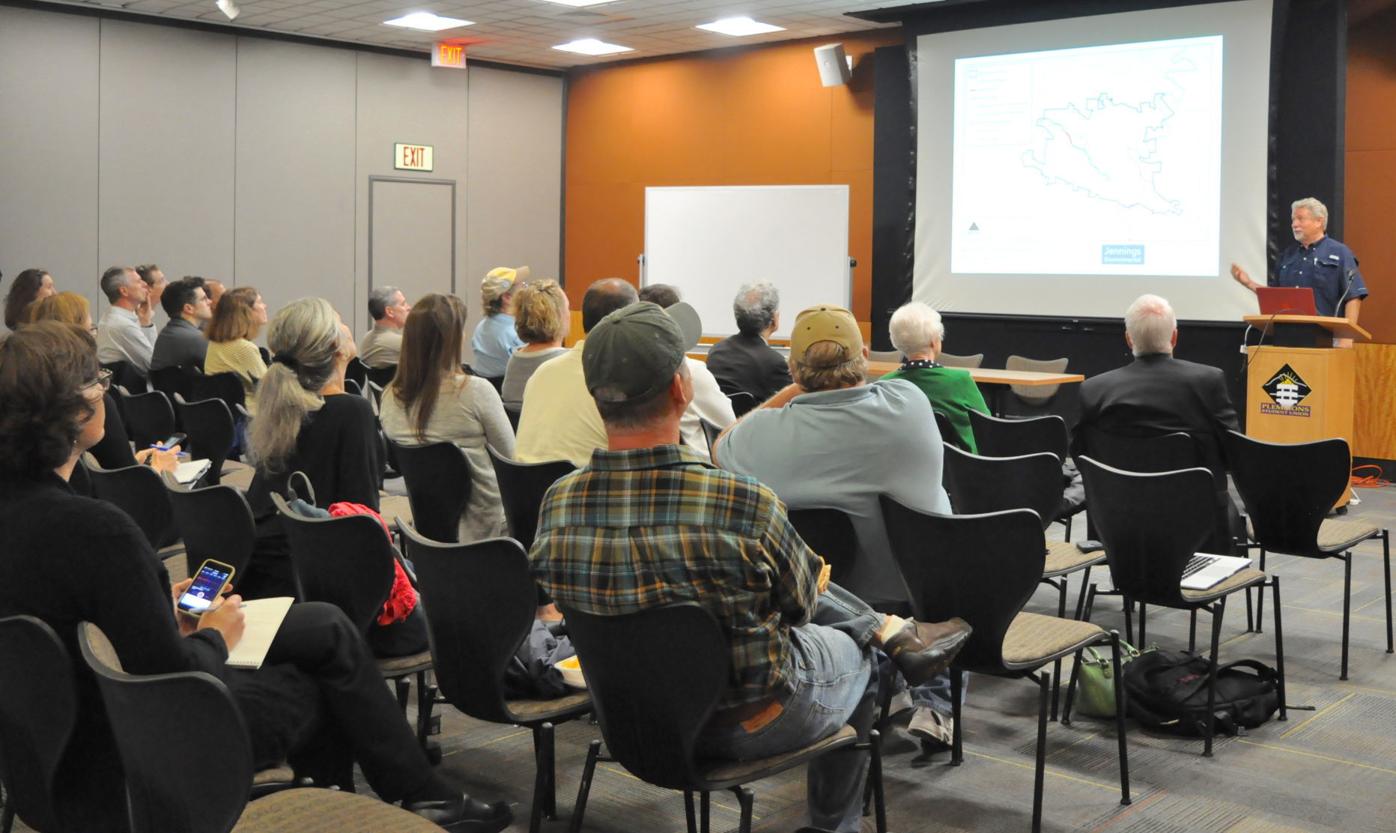 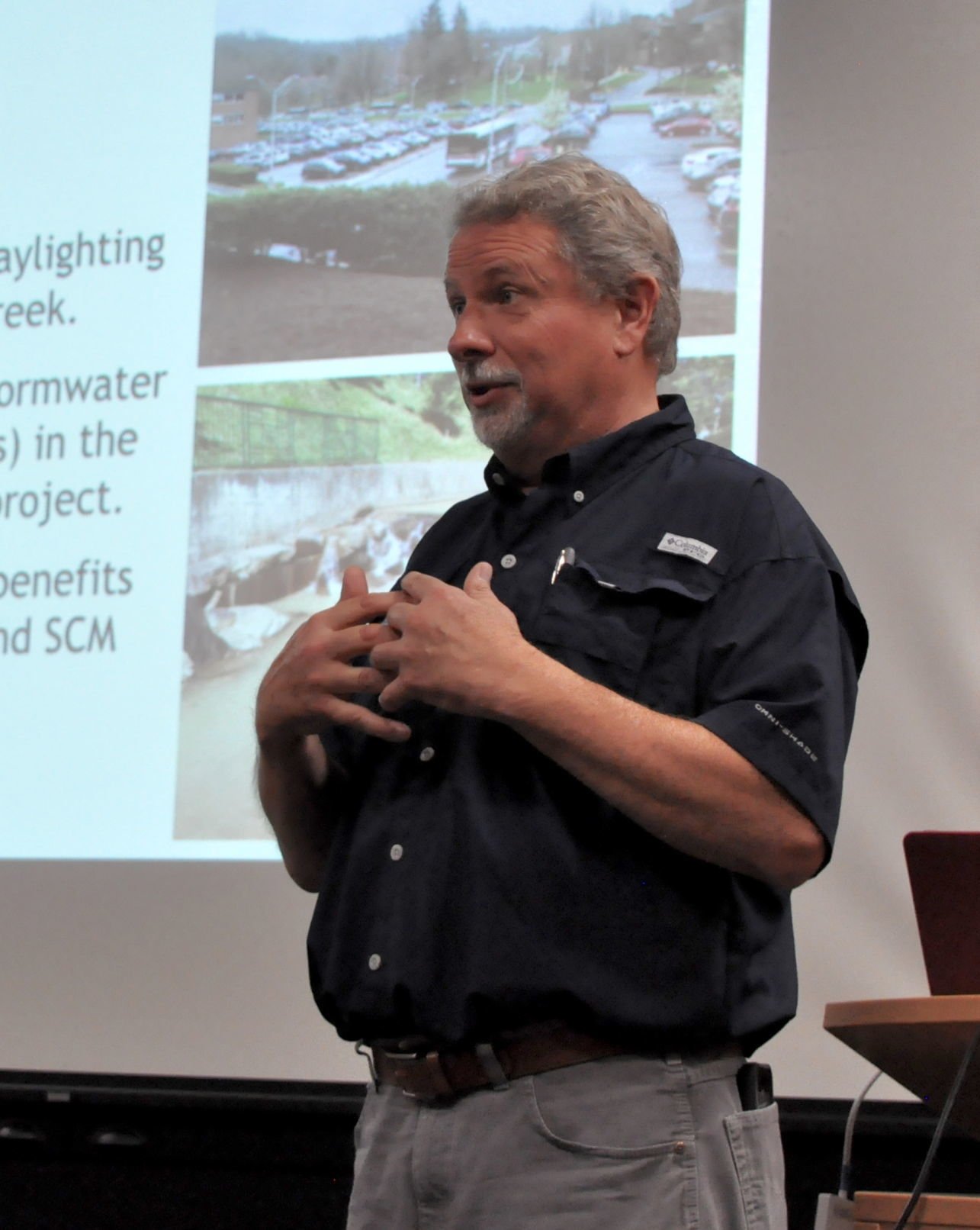 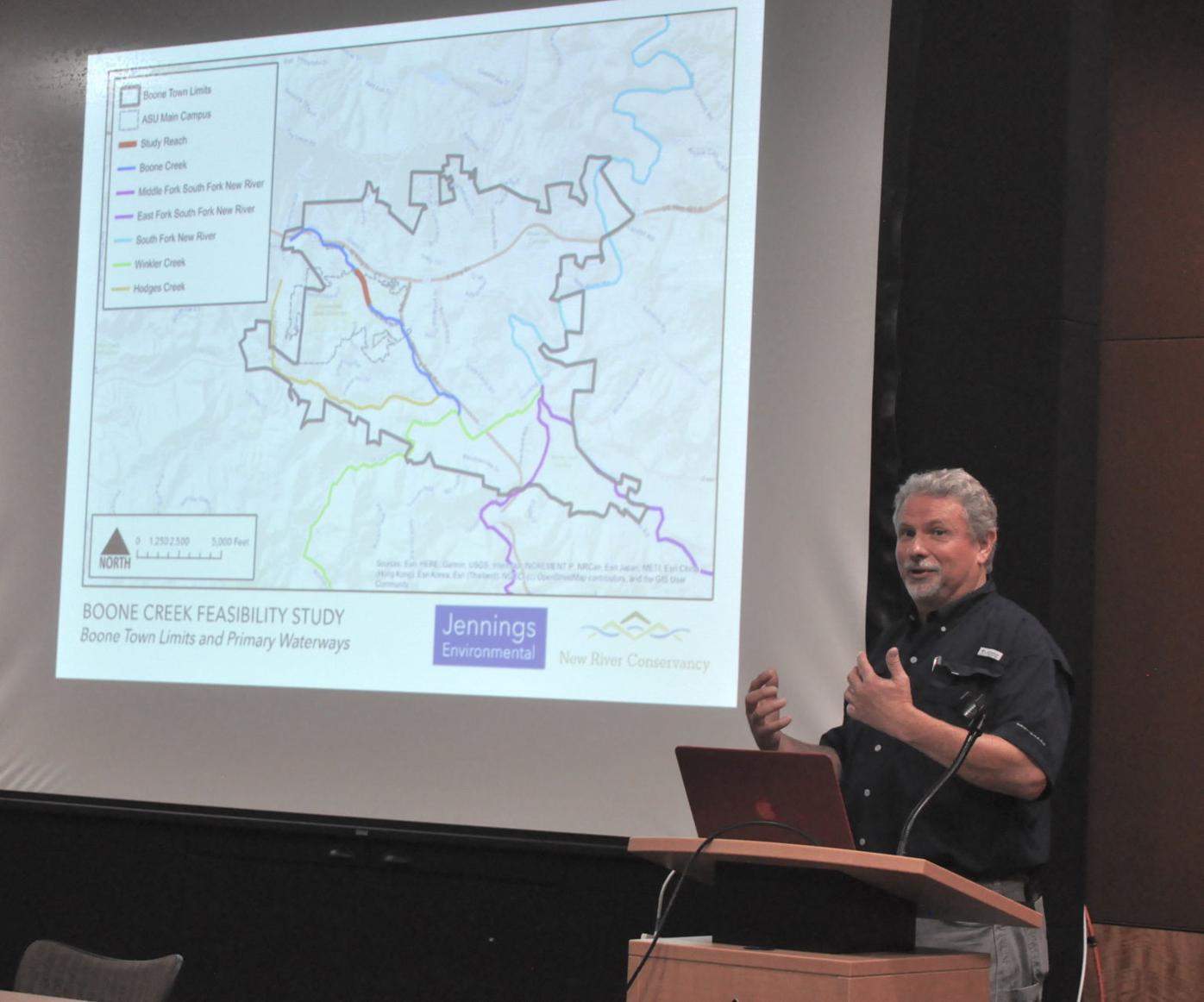 Visions of daylighting Boone Creek along Rivers Street are progressing into plans, and Appalachian State University, town of Boone and New River Conservancy representatives say the project could alleviate frequent flooding in the area.

The three entities co-hosted a lunch and learn meeting at the ASU student union Oct. 7 to present an introductory concept and accept input on the project.

Daylighting of Boone Creek, which is for the most part constricted to a 52-inch culvert pipe from Depot Street to Durham Park, was a concept proposed in the university’s Master Plan 2025, adopted in 2017. The master plan also included a parking deck in the area of the current Peacock parking lot near Peacock Hall.

Boone Creek flows along Rivers Street through the Appalachian State campus before going in and out of culverts along Blowing Rock Road and U.S. 321. Parking lots and roads along the corridor often flood when stormwater overwhelms drains and culverts.

Daylighting a section of Boone Creek, according to Greg Jennings of Jennings Environmental PLLC, would return the stream to a natural state by removing the culvert as well as the asphalt and concrete infrastructure around the Peacock Lot, excavating soil and creating a meandering streambed with a vegetative buffer — not the mowed riverbanks like those downstream in Durham Park.

Jennings displayed a conceptual map showing that by creating a 60- to 100-foot floodplain for Boone Creek, it could prevent flood waters from entering areas such as App State’s Edwin Duncan Hall and Rankin Science building in a 100-year flood event.

Attendees such as Shea Tuberty, a biology professor, urged the project leaders to model for 500-year floods, as so-called 100-year floods have become more frequent.

Others noted that daylighting Boone Creek alone will not solve all the town and campus flooding problems, as stormwater infrastructure must be addressed as well.

“The opportunity for controlling stormwater at the source is also important and should be considered as part of the overall master plan,” he said. He recommended a new retention pond or subsurface containment for stormwater in the area.

Boone Town Council Member Sam Furgiuele noted that some stormwater comes from outside of Boone town limits, and because the town no longer has extraterritorial jurisdiction powers, Watauga County officials should be asked to participate.

The project representatives noted that the construction of the parking deck would be essential to replace parking displaced by the removal of the Peacock parking lot. Ward told the council last month that a 500-plus-space deck is currently being planned.

The upper floors of the deck could potentially be utilized as an expansion of the Peacock Hall building, which houses the Walker College of Business, and it could include storefronts abutting Howard Street, Ward said.

Ward noted that the town started looking at a joint venture with ASU as part of planning for the Howard Street Project and after determining that a parking deck in the town’s King Street lot would not be feasible. If the deck’s spaces were made available to the public in the evenings, it could provide much-needed parking for the Appalachian Theatre, which is opening this month, he added.

“Parking, stormwater, Howard Street — it all ties together,” Ward said.

Fulton Lovin, a downtown business owner, asked if a potential plan to extend Appalachian Street from Howard Street to Rivers Street had been ruled out. Ward replied that it was still on the table, but that doing so could negate or lessen the benefits of the expanded Boone Creek floodplain. Jennings said that a high bridge crossing the floodplain would be a possibility.

George Santucci, president of New River Conservancy, noted that the daylighting alone would cost an estimated $2 million to $3 million, and that project leaders are working to identify funding sources for the project.

Jennings said the team would be modeling additional scenarios and cost projections to present in January, when the project leaders would seek additional input in advance of a Clean Water Management Trust Fund grant application deadline in February.