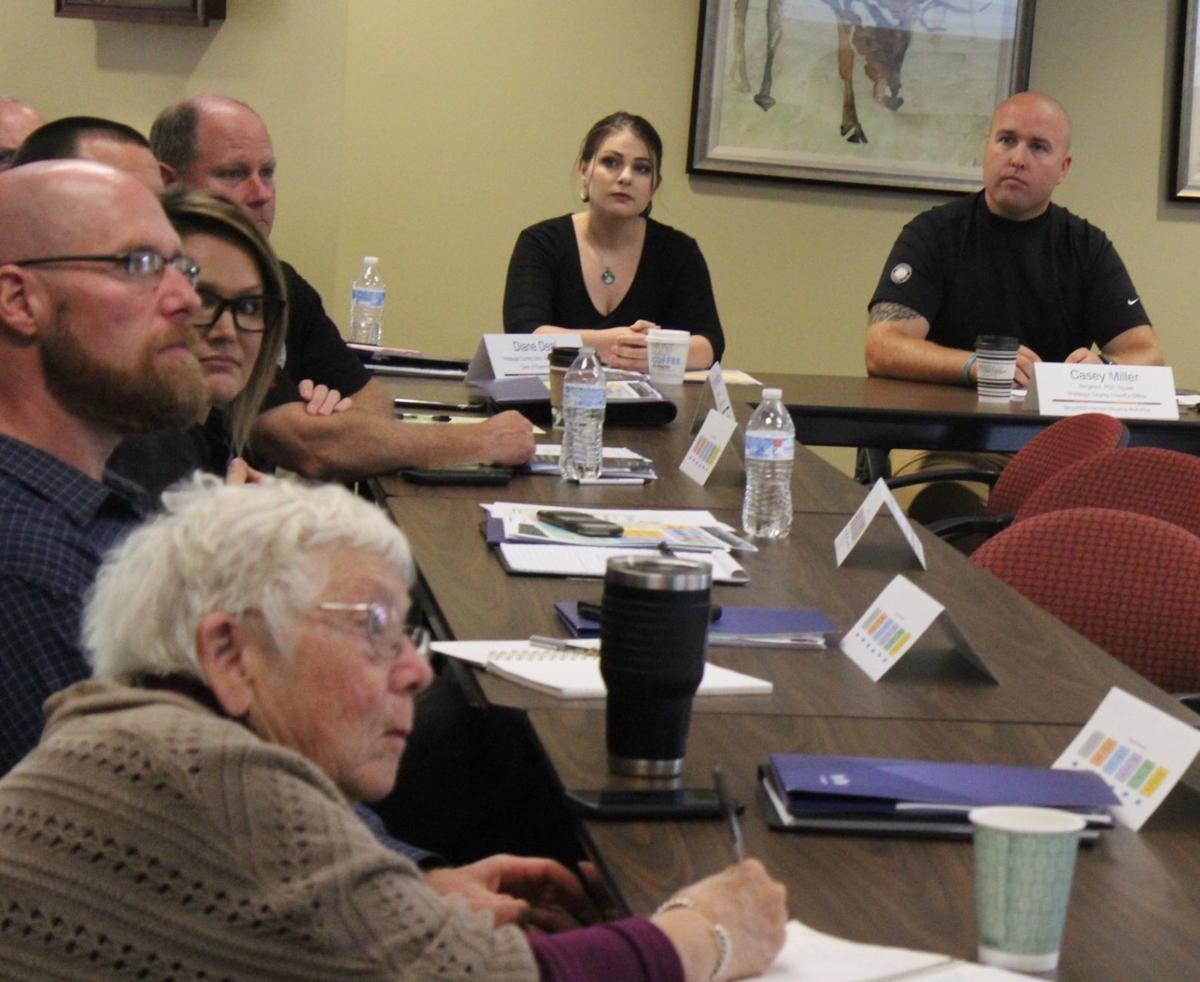 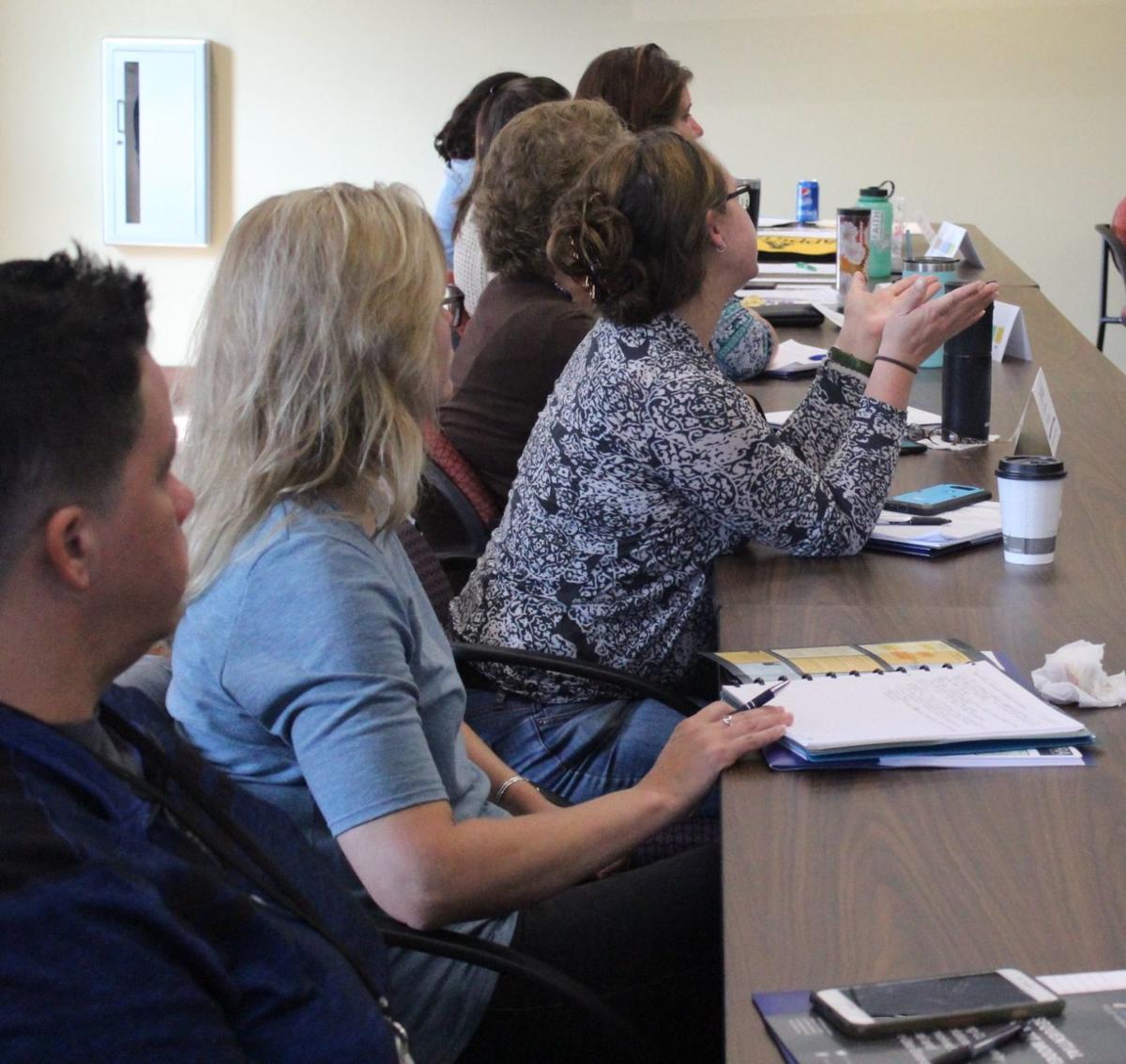 Members from various agencies meet on Sept. 19-20 to discuss the creation of a Law Enforcement Assisted Diversion program.

Members from various agencies meet on Sept. 19-20 to discuss the creation of a Law Enforcement Assisted Diversion program.

BOONE — Roughly a year and a half since local agencies started talking about creating a program to help people find services before they wind up being arrested, the program is starting to come into fruition.

What started as a planning group has turned into a coalition of various stakeholders to get a pre-booking diversion pilot program off of the ground in Watauga County. This program is known as LEAD — Law Enforcement Assisted Diversion.

Watauga County Sheriff’s Office Sgt. Casey Miller, Mediation and Restorative Justice Center Executive Director Marisa Cornell and AppHealthCare Peer Support Specialist Ashley Bare approached the Watauga County Board of Commissioners about the LEAD program on May 2. They explained that LEAD allows law enforcement officers to redirect low-level offenders engaged in drug or prostitution activity to local resources instead of arresting and incarcerating them.

To help make this happen, Cornell introduced the idea of Sequential Intercept Mapping to the LEAD coalition. The SIM process was created by Policy Research Associates Inc. in Delmar, NY, to help communities identify existing community resources, service gaps and opportunities for improved service coordination and communication among mental health, substance use and criminal justice professionals, according to PRA.

The map identifies six “intercept points” in which people with mental and substance use disorders flow through the criminal justice system. These intercept points in chronological order include: community services, law enforcement, initial detention and initial court hearings, jails and courts, reentry and community corrections.

To help create a local SIM, trained facilitators from Asheville and Raleigh traveled to Boone on Sept. 19-20 to assist with the mapping process — hosted locally by the Watauga County LEAD Coalition, the Mediation and Restorative Justice Center and AppHealthCare.

The first day of the process on Sept. 19 consisted of agencies talking through the map, identifying who offers what and where gaps are located. For example, Cornell said the Mediation and Restorative Justice Center could fall under mediation services at intercept two or could come in at intercept three with its drug court services.

“I think it’s helpful to have stakeholders in the same room to share information,” Cornwell said. “I learned a lot of things about what we do and don’t have in the community, and things I didn’t know about the processes.”

At the end of the day, the group identified five priorities for change in the local criminal justice system. These priorities include: supporting a trauma-informed criminal justice system; implementing cross-training for law enforcement and behavioral health providers; establishing a local re-entry council; exploring a mental health court or alternative sentencing program; and increased discharge planning for those leaving psychiatric and substance use treatment settings.

The creation of a re-entry council is a topic that Anna Dudley said she has been passionate about for years. The re-entry council would come in during intercepts four and five, and would assist those who are leaving incarceration and being released back into the community. Dudley said she had completed an internship with a local church that offers re-entry supports, and noticed that this stage is when many experience injustice.

“A lot of these individuals are already from marginalized communities; they’re already disenfranchised,” Dudley said. “When they come back out, they’re worse off than they originally were. The way our system is right now, it’s kind of setting up people to fail.”

Cornell said that re-entry is one of the most vulnerable times for a user to encounter overdose if not given the right resources. This is where she said LEAD could potentially have the greatest opportunity to help people.

The re-entry council would ideally have supports in place —such as a case manager — for those who are post-release from incarceration, and could help link them to resources for housing, employment or possibly food services. According to Dudley, the closest re-entry program to Watauga would be located in McDowell or Buncombe counties.

An action plan was devised around these five priorities and the group will begin implementing the plan in the coming months. The facilitators are in the process of creating a localized SIM map for the Watauga LEAD coalition, and Cornell said it is planned for this map to be shared with the community.

“It was very rewarding and satisfying to see so many community members sitting around the same table concerned about the same issues,” Dudley said. “To finally be sitting at that same table was overwhelming.”

Once the coalition can square away funding, it hopes to hire staff to operate the program. After the LEAD program is established, a policy oversight group and a case review team will help it operate.

LEAD requested $25,000 from Watauga County for fiscal year 2019-20, but this request was not included in the budget. However, the county did say it would put up some funding if the program could secure matching grant funds. Cornell said the coalition has been promised funding from the state (but hasn’t received an allocation letter), and hopes to hear back soon on a federal grant.

For more information about the LEAD coalition, contact Cornell at marisa.mrjc@gmail.com or Miller at casey.miller@watgov.org.

BOONE — AppHealthCare and the Mediation and Restorative Justice Center received a three-year federal allocation in excess of $550,000 to re-es…