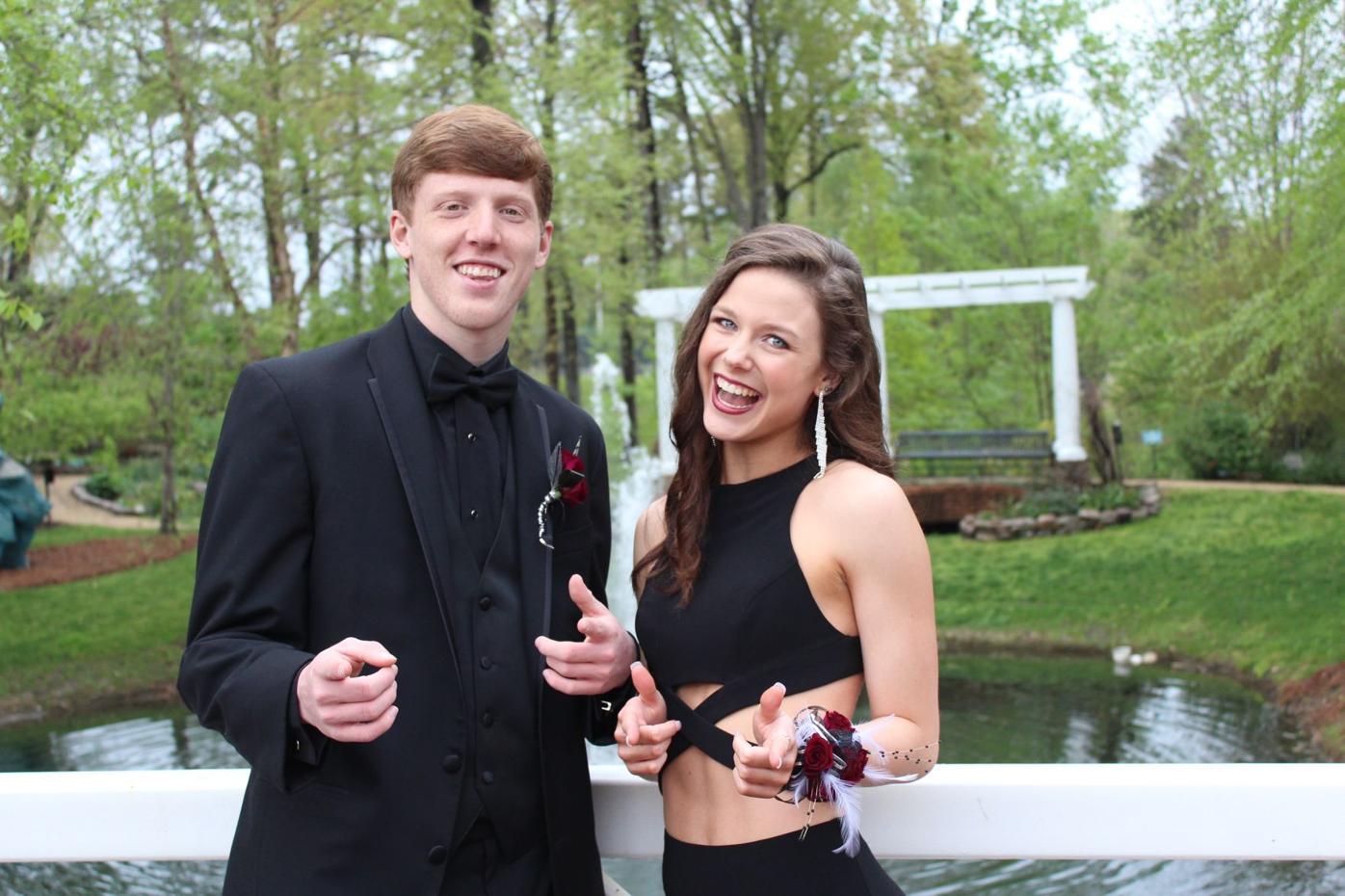 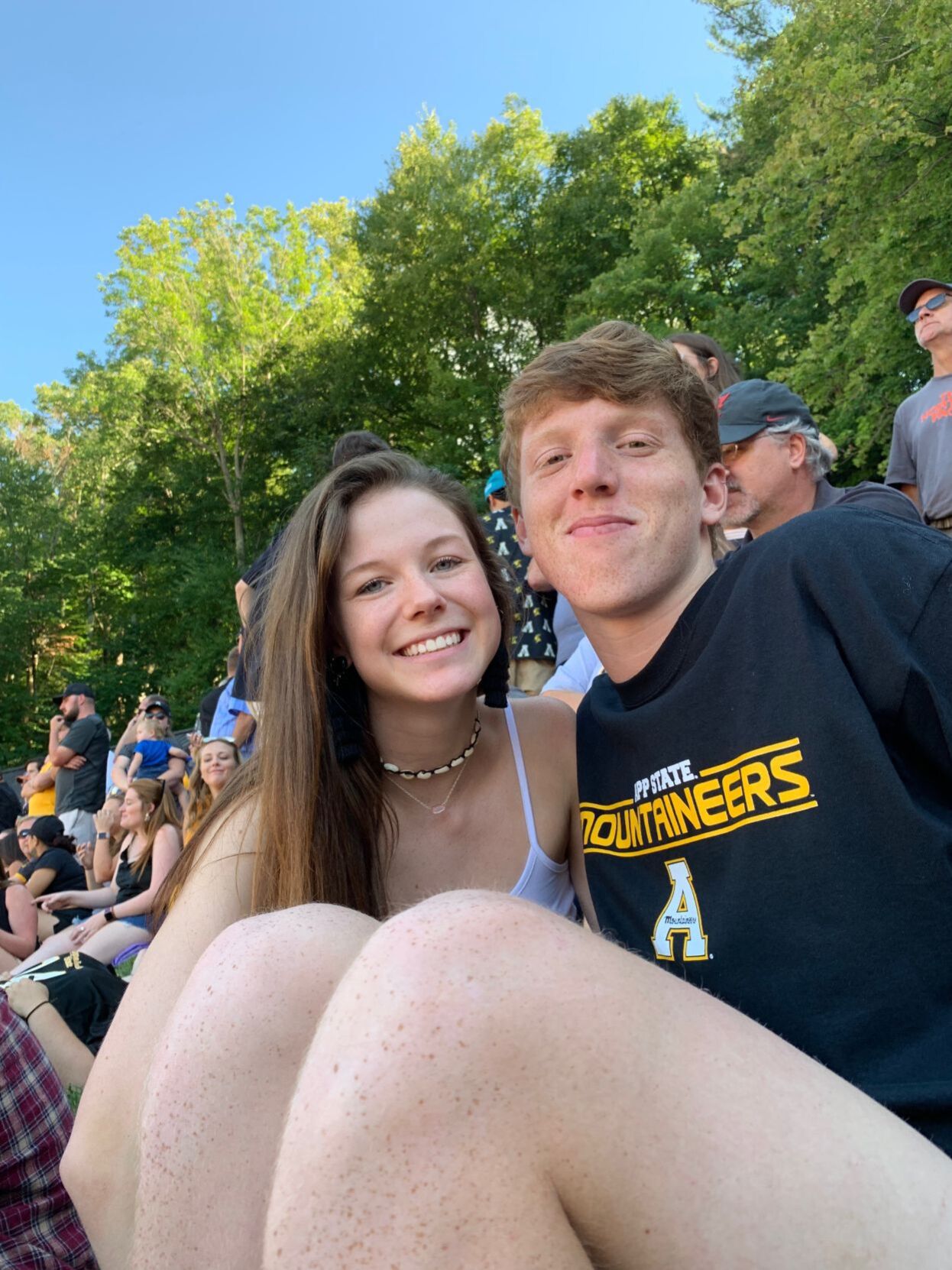 Chad Dorrill is pictured with his friend Sydney Bell. 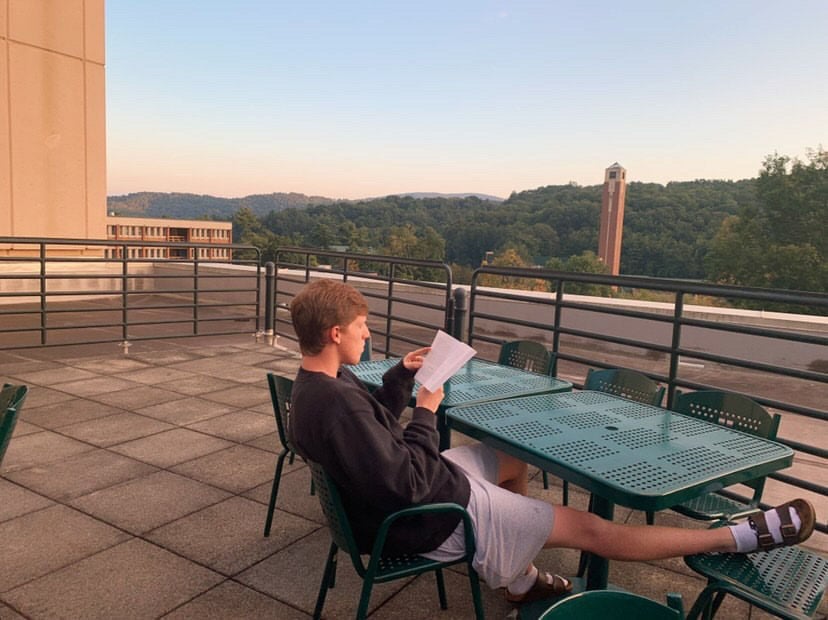 Chad Dorrill is pictured reading on the Appalachian State campus in 2019.

Chad Dorrill is pictured with his friend Sydney Bell.

Chad Dorrill is pictured reading on the Appalachian State campus in 2019.

This story has been modified to include additional information from Appalachian State Chancellor Sheri Everts and UNC system President Peter Hans.

An Appalachian State student has died with COVID-19, the university has confirmed.

Chancellor Sheri Everts confirmed the death of Dorrill in an email to campus Tuesday afternoon.

“It is with the deepest sadness that I share with you that one of our students, Chad Dorrill, has died,” Everts wrote. “The hearts of the entire Appalachian community are with Chad’s family and loved ones during this profoundly difficult and painful time. Tributes shared by friends and loved ones show the positive impact Chad had on the communities he loved and called home, which included App State and Boone.”

Everts noted that Dorrill lived off campus and all of his classes were online.

In the email, Everts said the family shared that he had been diagnosed with COVID-19 earlier this month and suffered from later complications.

“When he began feeling unwell earlier this month, his mother encouraged him to come home, quarantine, and be tested for COVID-19,” Everts wrote. “After testing positive for COVID-19 in his home county, he followed isolation procedures and was cleared by his doctor to return to Boone.”

After his return to Boone, Everts wrote that he had additional complications and was picked up by his family and hospitalized.

“His family’s wishes are for the university to share a common call to action so our entire campus community recognizes the importance of following COVID-19 safety protocols and guidelines,” Everts wrote. “In condolences to his family, many have shared their memories of Chad and said, ‘I wear my mask for Chad.’ Please let us all honor Chad and his contributions by taking care of ourselves and our community.”

A Kernersville-based travel basketball team, the Piedmont Pacers, posted a statement on Facebook Monday, Sept. 28, about Dorrill’s death. Dorrill was a former player for the team.

“The Piedmont Pacers family is devastated to learn of the passing of Chad Dorrill, due to complications from COVID-19,” the post stated. “This awful disease has taken this young man from everyone far too soon.”

The post from the Piedmont Pacers included a statement attributed to Dorrill’s mother.

“As our family suffers this incredible loss, we want to remind people to wear a mask and quarantine if you test positive even without symptoms,” Susan Dorrill said. “You have no idea who you can come into contact with that the virus affects differently.”

“Little did we know it was secretly attacking his body in a way they have never seen before,” Susan Dorrill was quoted as saying. “The doctors said that Chad is the rarest 1-10,000,000 case, but if it can happen to a super healthy 19-year-old boy who doesn’t smoke, vape or do drugs, it can happen to anyone.”

Chad Dorrill and his family moved to North Carolina from Wisconsin in 2013, according to the Piedmont Pacers’ statement. Dorrill attended Ledford Senior High School in Thomasville and played on the Panthers’ varsity basketball team, according to high school sports reports.

“He’s the most selfless, most kind person you’ll ever meet,” Bell said. “He goes out of his way to please everyone and make sure that everyone’s happy no matter what happens to him.”

Every time they would hang out, Dorrill and Bell would eat breadsticks.

“We would always eat breadsticks together, and he knew that was our favorite snack,” Bell said. “Every time we would hang out, he would buy them ahead of time for me because he knew I would probably ask him to eat breadsticks.”

Bell was able to visit Dorrill while he was in the hospital. She said Dorrill went back home on Sept. 22.

Dorrill took Bell to prom two years in a row. One of the years he did a “promposal” to Bell by hiding in her room and filling it with balloons with a sign that read “it would be poppin if you went to prom with me.”

“It was the cutest thing I’ve ever seen,” Bell said. “He just went all out for me to make me happy.”

University of North Carolina system President Peter Hans on Tuesday issued a statement expressing condolences to the Dorrill family and urging continued vigilance against the virus.

“Any loss of life is a tragedy, but the grief cuts especially deep as we mourn a young man who had so much life ahead,” Hans said. “I ache for the profound sadness that Chad Dorrill’s family is enduring right now. My heart goes out to the entire Appalachian State community.”

“Chad’s family asked that this moment stand as a stark reminder of how COVID-19 is deadly serious for all of us, even for otherwise healthy young adults,” Hans added. “I join his family and Chancellor Everts in urging everyone to follow public health guidance by wearing a mask, washing hands, maintaining physical distance and limiting gatherings.”

“Chad Dorrill was a loved and well-respected member of the Ledford community and the Class of 2019,” Lipe said. “He was an all-conference basketball player during his years at LHS, who was both competitive and kind. He was enrolled at Appalachian State University in hopes of becoming a physical therapist. Our deepest and most heartfelt sympathy is extended to Chad’s family, friends and the entire Ledford community.”

“His quiet, soft-spoken demeanor belied a fierce competitor on the basketball court whose relentless hustle and shooting prowess helped win many games for the Pacers,” the Piedmont Pacers stated on Facebook. “Chad finished as the Pacers’ all-time leading scorer and was a member of the 2018 USSSA National Championship team.”

Kaylie Stadler, a sophomore at App State, first met Dorrill her freshman year at Ledford High School. She said he was one of the kindest people she has ever met.

“I’ll always strive to be more like him,” Stadler said. “He was caring, hard working and genuine.”

One of the fond memories Stadler has of Dorrill is when she adopted a kitten.

“Chad showed up at my apartment with a bag of toys for her,” Stadler said. “He was just that kind of person. He gave without expecting anything in return.”

In her email, Everts warned that even though they are generally at lower risk for severe illness, college-age adults can become seriously ill from COVID-19.

“As we approach the halfway mark to the last day of classes for the fall semester, we are seeing a rise in COVID-19 cases in students,” she said. “We have stringent cleaning and safety protocols in place on campus, and our students, faculty and staff are following the 3Ws by wearing face coverings, maintaining 6 feet of distance from one another and washing and sanitizing their hands and work stations. All of us must remain vigilant with our safety behaviors wherever we are in our community.

“Remember that gatherings are limited to 25 people indoors and 50 outdoors, and that in those settings, it is still critically important to maintain distance and wear face coverings,” Everts continued. “The university and the town of Boone are enforcing these restrictions, and each of us must take seriously our personal responsibility as well. With grace and with kindness, let’s help one another to follow these important safety precautions.”

“He was perfectly healthy,” Bell said. “So just to know that this could happen to anybody whether you have underlying conditions or not, he was completely fine. And it just ended up him being the one in a million that it happened to.”

Will there be testing available before we vote at the Student Union?

Will voting there be safe?

When you let the university employees overtake the local politician positions, then it becomes the locals fault for everything negative that transpires within the county.

My condolences to his family and friends. But the university is responsible because they refused to do undertake the most basic action to protect students—a serious testing program. While other campuses are testing all people on campus on a regular basis, Sheri and her team argued that it was not necessary. They even said “testing isn’t helpful because people can catch it a day after a negative test”. That level of ignorance is insane. Of course testing would have identified cases before they unknowingly spread to others. Indeed, Chad caught COVID on campus. He caught it from someone that DID NOT know he or she had it BECAUSE the university DID NOT have a testing program. With a mandatory testing program (as other campuses are doing) cases would not be hidden across campus. They would be known. And spread to others would be greatly reduced.

Simply put, Chad would likely not have died if the university had a testing program. Instead, he went home to be tested.

And Sheri's message was appalling, but that is expected after years of incoherent and nonsensical and deflecting and dismissive and downright incorrect messages from her admin. They need to go now.

Sheri and her team. This is on you.

Everts email is downright disgusting. An insultingly blatant attempt to shield the university (and her own decision making!) from responsibility. Beyond reprehensible. If faculty staff and students know what is best for our university and our local community we would be *demanding* her immediate resignation. Enough is enough, this vampire has done enough damage to our university and town, she has to be exorcised.

Wow. Y'all sure did push this story down the page quick! Someone in the University Administration make a stink? Because this is not the first time there has been important news on this site that does not exactly paint Appalachian in the best light, in which those stories tend to disappear down the page *real* quick...

Sheri Everts should be brought up on charges, as well as the sycophantic enablers in her administration. This kid lost his life so she could get her 20k enrollment goal and secure her $75k bonus.