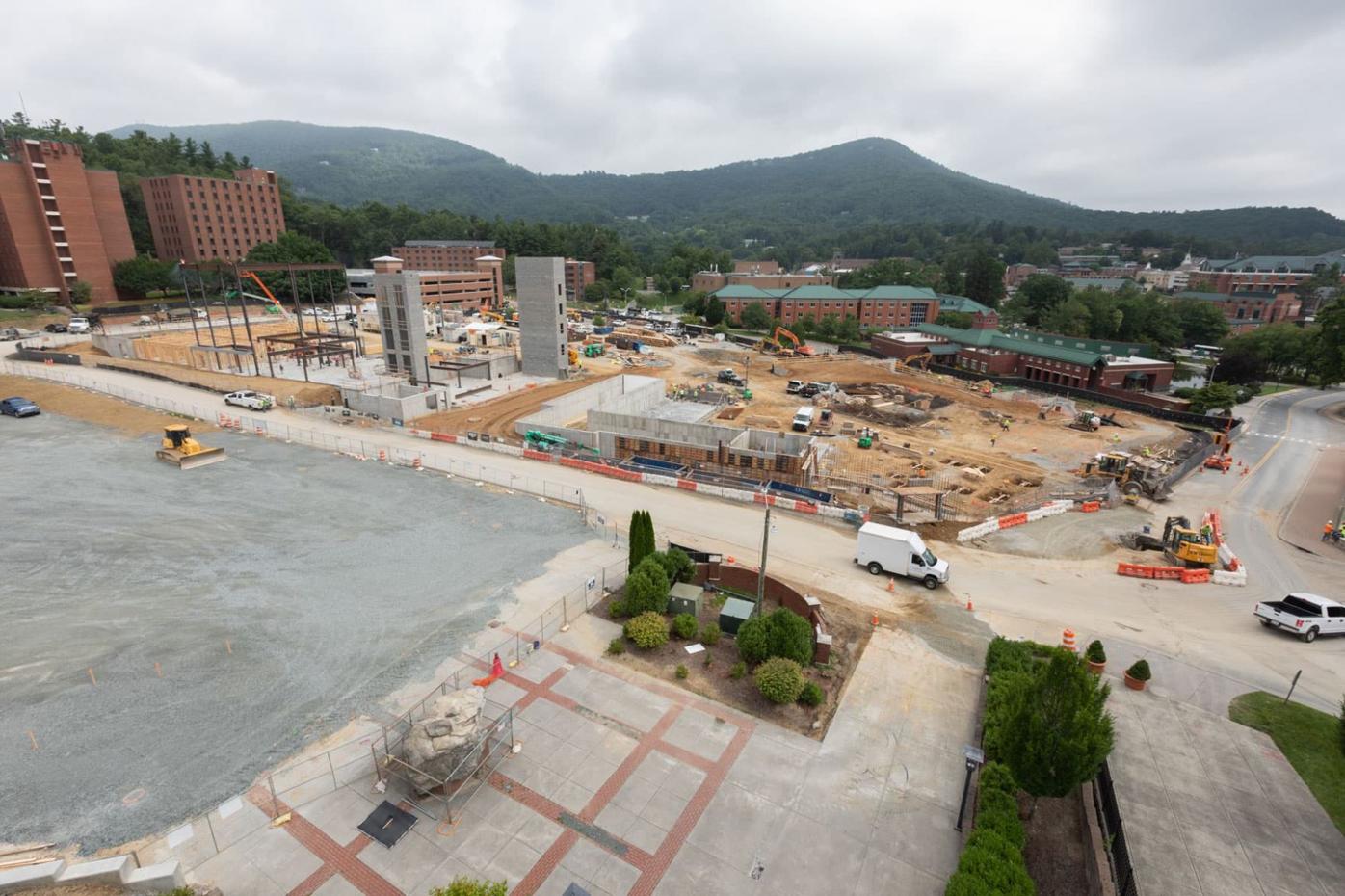 In this July 10 photo, steel structures and elevator shafts for Building 200, at left, continue to rise. 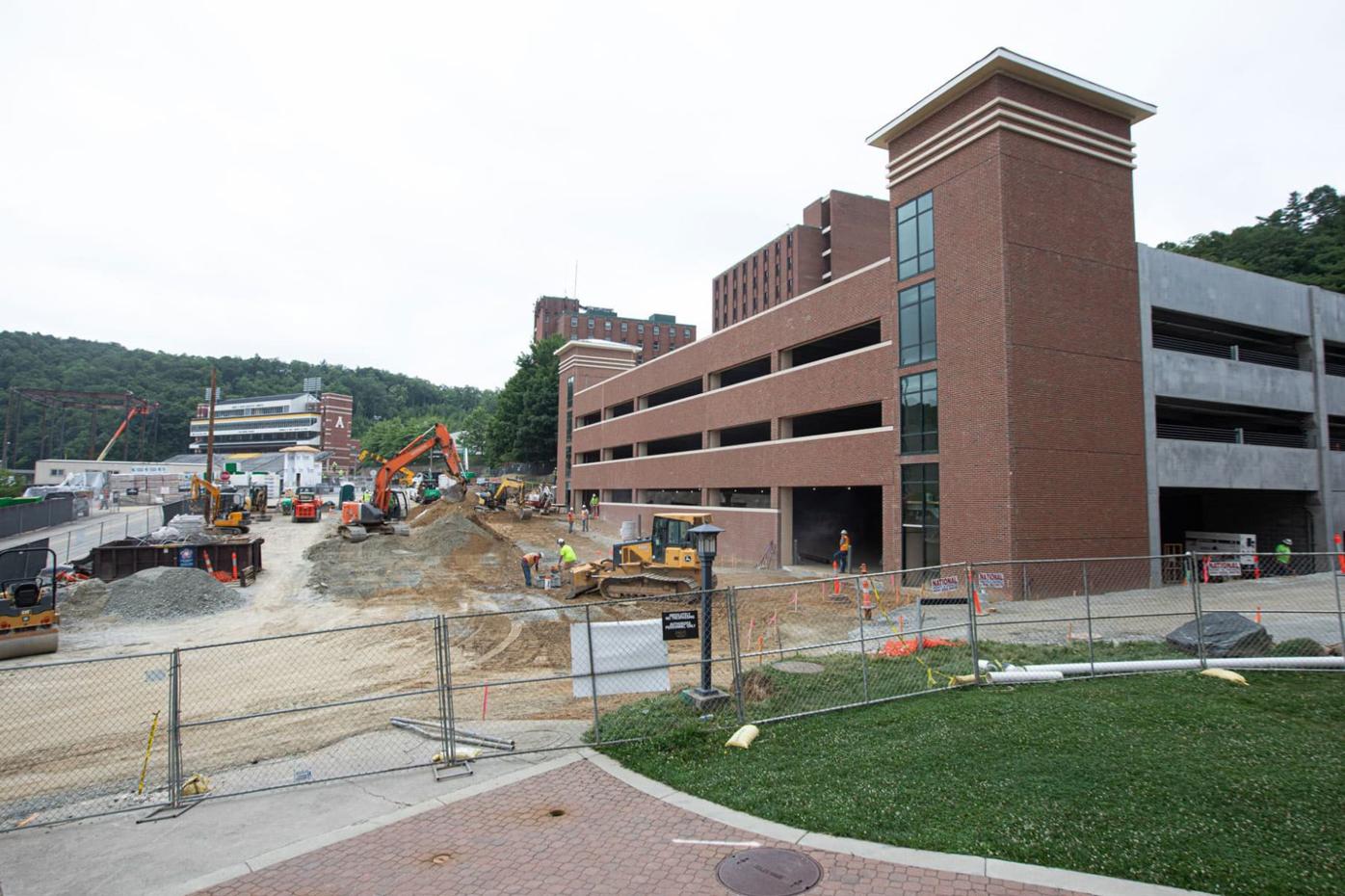 In this July 10 photo, the parking deck, at right, is nearly complete. Finishing work continues in the spaces around it. 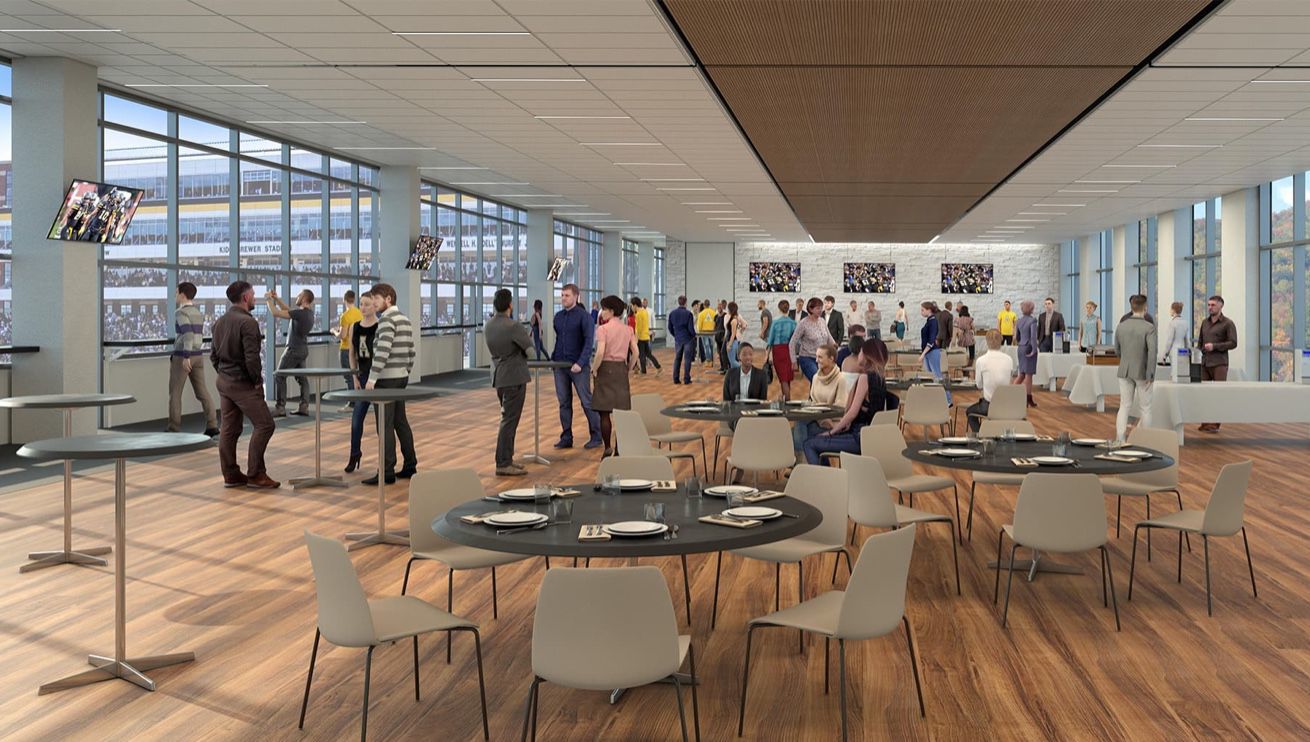 In this July 10 photo, steel structures and elevator shafts for Building 200, at left, continue to rise.

In this July 10 photo, the parking deck, at right, is nearly complete. Finishing work continues in the spaces around it.

Appalachian State’s new parking deck at the site of the former Winkler Residence Hall is nearly finished, with completion scheduled for Aug. 12.

The 477-space parking deck, which extends into a portion of the Stadium Lot parking area, will net 250 additional parking spaces on the west side of campus, according to the university.

The project contractors have been working to complete the parking deck in time for the start of the fall semester and the first home football game, as construction of new residence halls has displaced a number of parking spaces in the stadium area.

The parking deck and four new residence halls are part of a $191 million public-private (P3) development package between Appalachian State, private developer RISE and nonprofit asset manager Beyond Owners Group. The project will provide 2,100 to 2,200 student beds to replace Bowie, Coltrane, Eggers, Gardner, Winkler, Justice and East residence halls. All but East Hall are located on the west side of campus.

Appalachian State spokesperson Megan Hayes confirmed July 11 that the parking deck is currently on time and on budget.

Two residence halls, buildings 100 and 200, are currently under construction in the Stadium Lot area as part of phase one of the P3 project, with completion scheduled for fall 2020. Building 200 is beginning to go vertical with elevator shafts and steel structures, while site work continues on Building 100 at the corner of Jack Branch Road and Stadium Drive, which will be stepped along three different elevations.

Also in the stadium area, the new Kidd Brewer Stadium end zone facility is still planned for a fall 2020 opening, despite issues with making the project meet the budget, Appalachian State Vice Chancellor for Business Affairs Paul Forte said at the June 21 ASU Board of Trustees Business Affairs Committee meeting.

The $45 million facility will replace Owens Field House, which was demolished in March, and will include conference and continuing education training space, an orthopedic clinic, dining facilities, a team store, hydrotherapy, approximately 1,000 premium (club) seats and offices for coaches and athletics staff.

“It’s going to be a multipurpose facility, the biggest one in the region,” Forte said.

Over the next four weeks, according to Forte’s June 21 presentation, the project would complete utility work and prepare for vertical construction.