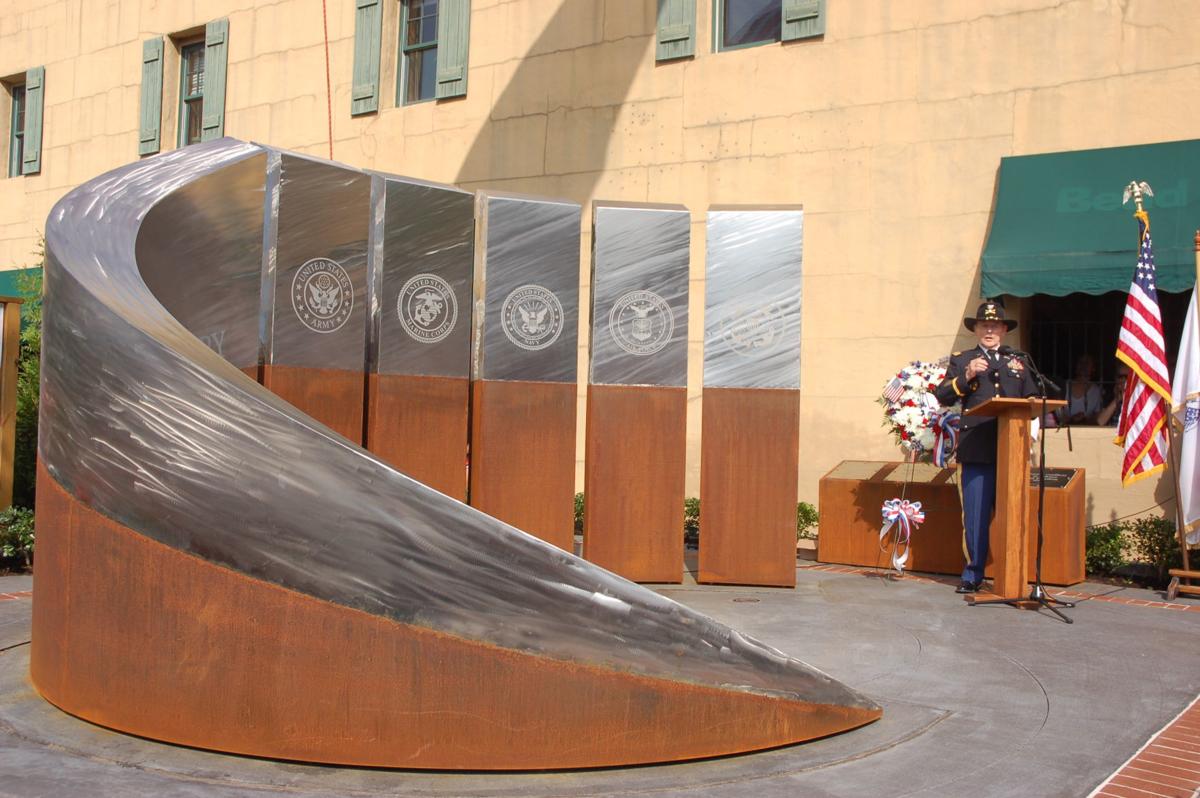 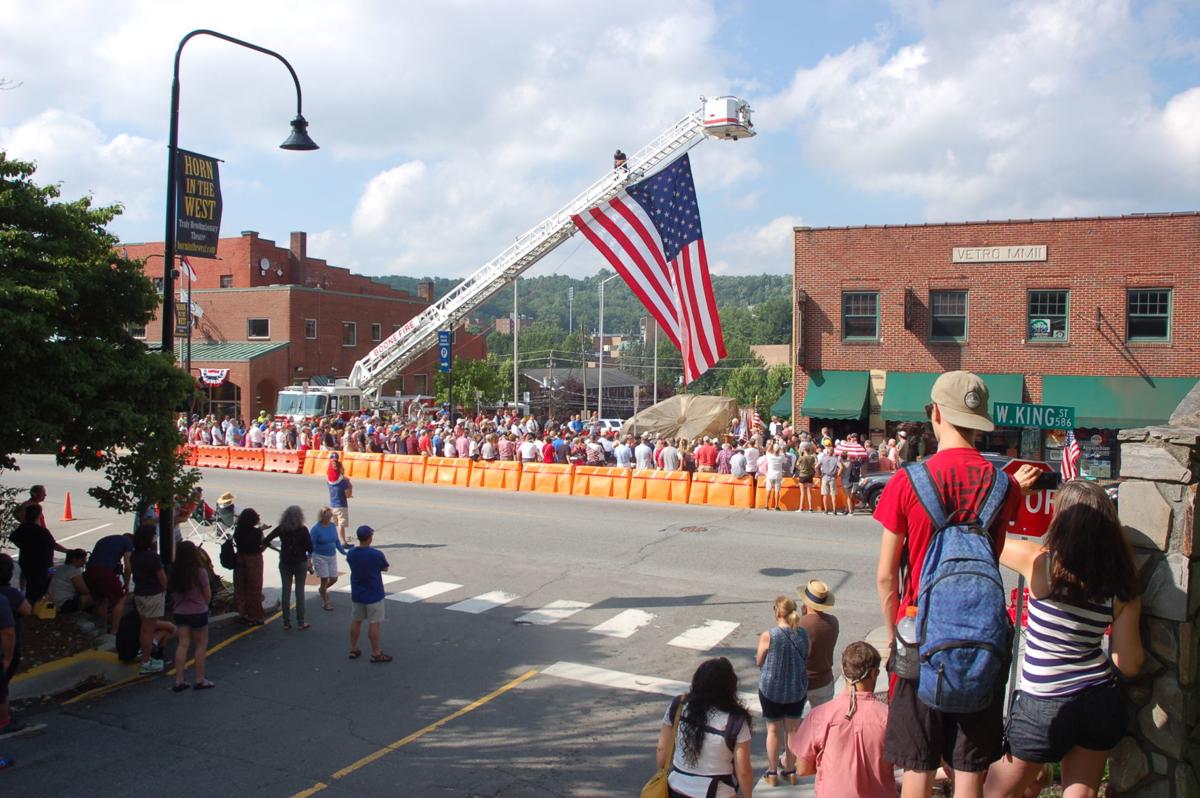 Scores of people try to get a good video of the unveiling of the Watauga County Veterans Memorial on the morning of Wednesday, July 4. 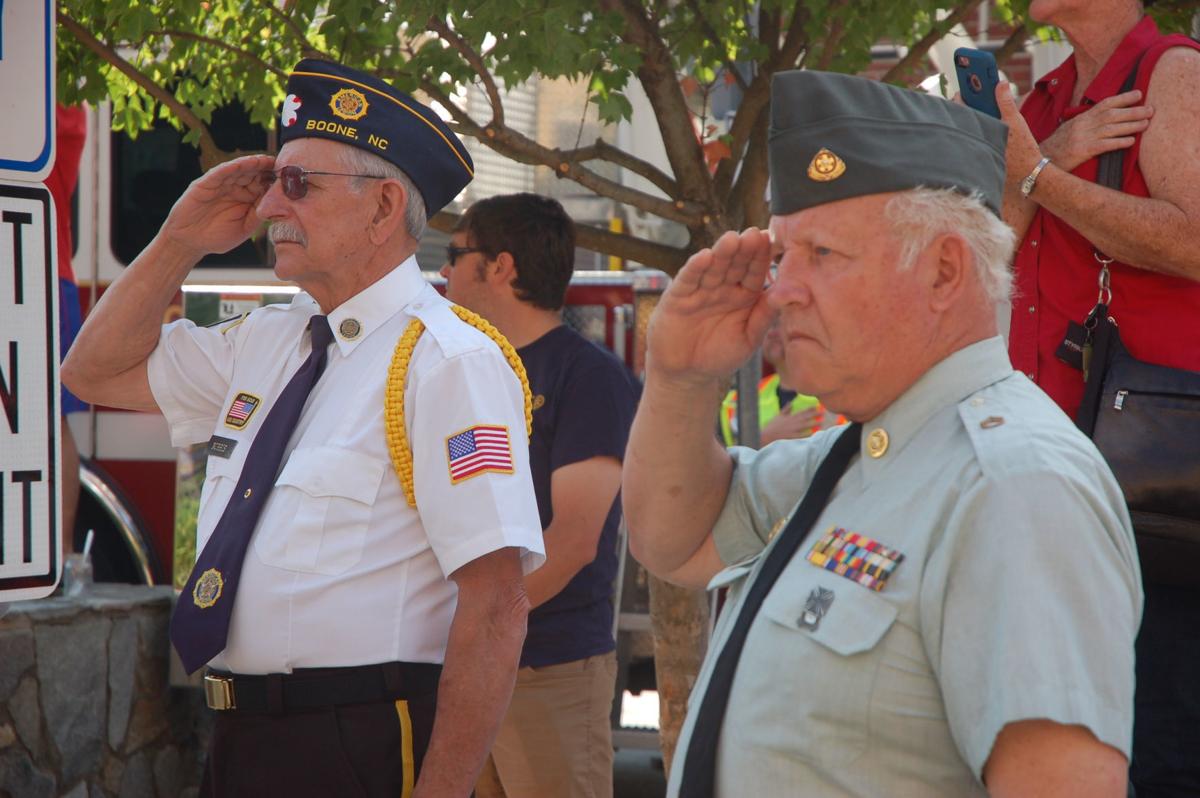 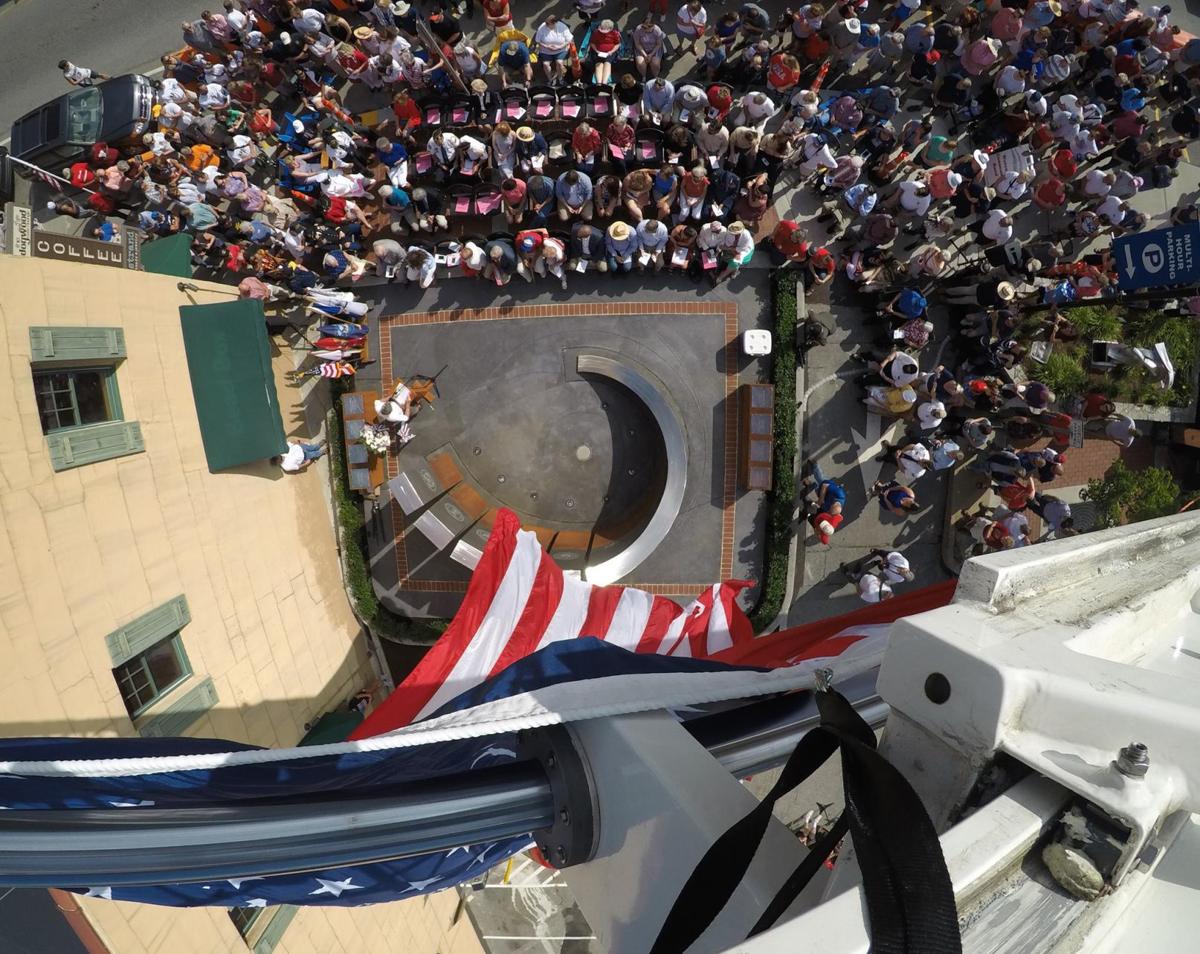 A crowd of honored guests and visitors gathered in downtown Boone to get a first glimpse of the Watauga County Veterans Memorial, which was unveiled on Wednesday, July 4. This photo was made possible by the Boone Fire Department.

Scores of people try to get a good video of the unveiling of the Watauga County Veterans Memorial on the morning of Wednesday, July 4.

A crowd of honored guests and visitors gathered in downtown Boone to get a first glimpse of the Watauga County Veterans Memorial, which was unveiled on Wednesday, July 4. This photo was made possible by the Boone Fire Department.

On America’s birthday, the town of Boone and Watauga County remembered those who made those 242 years possible with the unveiling of the Watauga County Veterans Memorial in downtown Boone.

“The memorial we’re about to unveil is a marvelous example of community engagement in a cause which we can all support: honoring our military veterans who are here today and those who gave their lives in defense of freedom,” said Capt. Fred Schmitt of the High County Chapter of the Military Officers Association of America. “On behalf of our organization, the town of Boone, state of North Carolina and the county of Watauga, we express our heartfelt appreciation for everything you’ve done for us.”

The joint project between the High Country MOAA, town of Boone and untold number of partners was over two years in the making, culminating in front of a large crowd, many of whom found vantage points all over the block to get a first glimpse of Suzie Hallier’s “Time and Honor” sculpture.

Covington thanked the Boone Town Council, Watauga County and the state for their support.

“Our intent was to provide a monument that would be unique and memorable,” Covington explained. “It’s named ‘Time and Honor’ to honor all veterans over time.”

The memorial was then unveiled by Covington, followed by a medley by the Watauga Community Band with the songs of all five service branches, with those who served in each of those branches asked to stand.

The memorial’s centerpiece is an eight-foot-tall ellipse with five directional pillars representing the five different service branches: Army, Navy, Air Force, Marine Corp and Coast Guard. The words “Duty. Honor. Country.” are engraved on the ellipse, which was the original motto of West Point.

Three knee walls with sloping faces surround the ellipse. The two on each side honor those who fought and died in the American Revolution, War of 1812, American Civil War, World War I, World War II, the Korean War, the Vietnam War, the Gulf Wars (Iraq, Afghanistan, Global War on Terror) and “future conflicts in defense of freedom.”

The third knee wall behind the memorial says “Dedicated to all Watauga County veterans who have served our country at home and abroad, and to the over 1.3 million brave men and women who have given their lives in defense of freedom,” and is followed by “With grateful thanks to the many citizens, organizations, state and local government who, through their generous contributions, made this memorial possible.”

Above the knee wall are two signs recognizing everyone who contributed to the project.