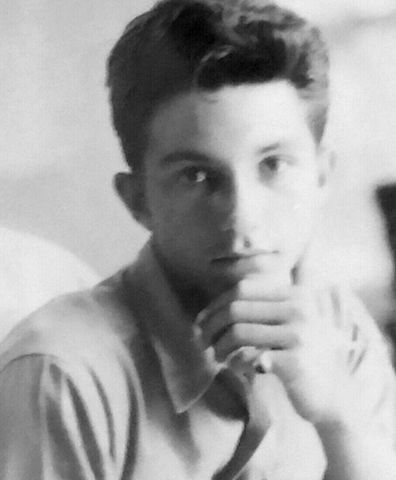 Stan Bluestein pictured from 71 years ago as a member of the Army Air Corps in WWII. 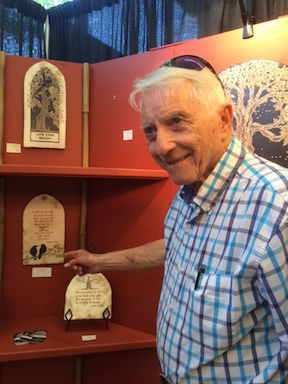 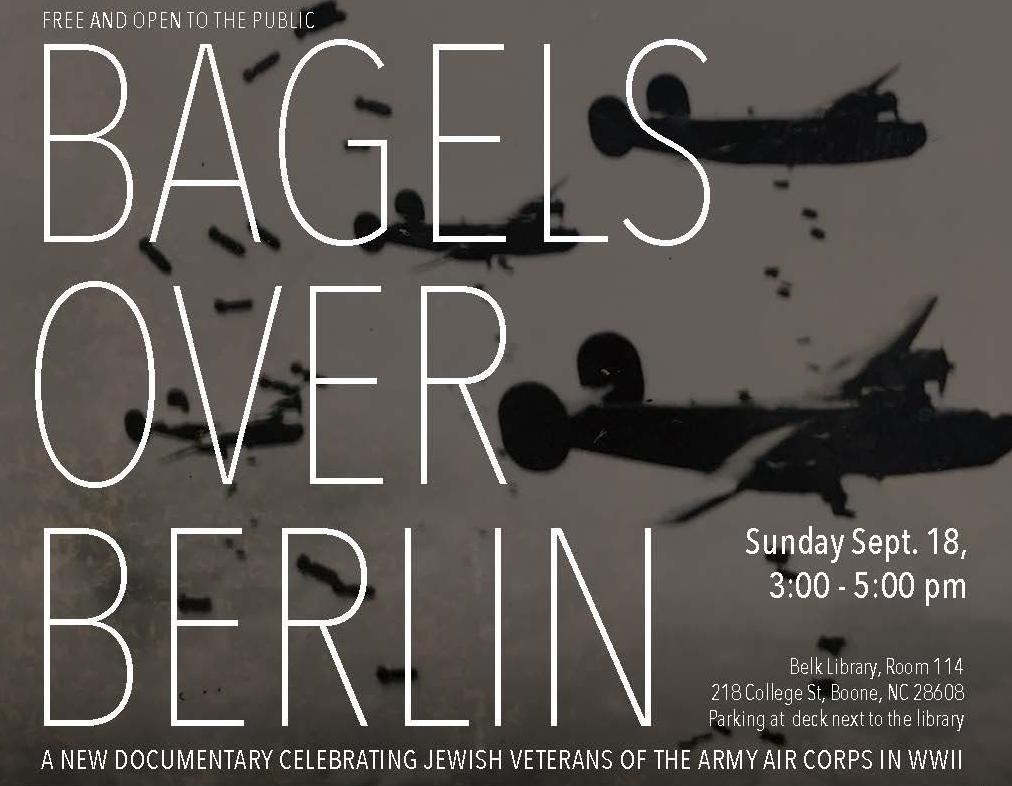 Bagels over Berlin is a documentary celebrating Jewish veterans of the Army Air Corps in WWII. A screening will be held in room 114 of the Belk Library at 3 p.m. on Sunday, Sept. 18.

Stan Bluestein pictured from 71 years ago as a member of the Army Air Corps in WWII.

Bagels over Berlin is a documentary celebrating Jewish veterans of the Army Air Corps in WWII. A screening will be held in room 114 of the Belk Library at 3 p.m. on Sunday, Sept. 18.

Being in a college town, Boone offers unique educational opportunities to the community through Appalachian State University’s professors, clubs and students.

ASU’s center for Judaic, Holocaust and Peace Studies, along with The Temple of the High Country, are offering the public an exclusive opportunity with an early screening of the documentary, “Bagels Over Berlin.”

This Alan Feinberg film is being screened in room 114 of the Belk Library, at 3 p.m. on Sunday, Sept. 18, and is free and open to the public.

“Bagels over Berlin” celebrates Jewish veterans of the Army Air Corps in the Second World War. Feinberg, of Boca Raton, Fla., independently produced the film, which is based on riveting interviews with 18 Jewish Airmen. He will attend the Boone screening, and will be available for a post-film Q&A.

Aside from Feinberg’s appearance, a regular visitor of Boone and a WWII Jewish airmen, Stan Bluestein, will introduce the film, which he is featured in as one of the documentary’s interviewees.

Bluestein is originally from Brooklyn, but has been a Florida resident for the past 44 years. He also calls Boone his home, having been a summer resident in the High Country for the past 24 years. He believes the film is not only historical, but is also making history.

“The interesting thing is there is 18 cast members, who are all in their 90s,” said Bluestein. “I’m 89, which makes me the youngest one. All of these auditions or interviews are about events that happened 71 to 74 years ago. It won’t happen again in history, which makes it a unique situation.”

Feinberg came up with the concept by chance at a family dinner.

“One evening two years ago, my wife’s then 90-year-old Uncle Donald Katz came to our home for dinner, and during the course of the evening, his war experiences as a nose gunner aboard a B-24 bomber became the subject of our conversation,” Feinberg said.

“He told fascinating stories of life in the service both at home and abroad. Like so many veterans, his children had never asked about the war, his wife didn’t pry and Donald himself never cared to discuss it. Now, in what is possibly his last decade, there is an interested audience and Donald, like the other vets of his generation, are more willing to share their experiences. They realize their recollections soon will be lost forever if not shared.”

Ironically, Bluestein also stumbled upon the opportunity by chance over dinner. Nancy Bonomo, a friend of Bluestein and his wife Gail, introduced him to her cousin at a dinner party this past winter at her home, who happened to be Alan Feinberg.

“Over the course of the evening (Feinberg) found out I was a World War II veteran,” said Bluestein. “He told me he was doing a documentary film, and asked me if I’d interview for it. He asked me a series of questions, which I was totally unprepared for. He was pleased with what I said and decided to include me.”

Each of the 18 participants were interviewed in the same fashion, making the documentary emotionally revealing, with real reactions and responses. The stories provide insights into the men’s experiences and struggles against Nazi Germany during the height of the war and genocide. The interviews range from humor to grave peril.

Bluestein played a major role in making the screening of the film at ASU possible. He calls it “miraculous,” that in only seven days, Feinberg gave him permission to screen the film, and professor of history at ASU Thomas Kaplan approved it.

“The goal of the movie was to introduce people to stories they will never hear, and it was a great effort,” said Bluestein. “It was my first opportunity to be in a film, and it was an extremely good feeling. I’m sure most participants feel the same way.”

Bluestein is a humble man and doesn’t consider himself a “war hero,” and said he never got his wings as an airmen. However, he said the film is, in fact, about heroes.

“I served in other facets of the air force,” he said.

Most importantly, he hopes the film is informative to its audience.

“In the film, Alan uses statistics,” said Bluestein. “Jews were very persecuted in this country. People said Jews won’t fight and won’t get in the war. His statistics show that participants in the military, especially airmen, were much greater in proportion of Jews than the general population.”

The film will be shown at numerous venues in the coming year, including the Jewish Film Festivals in Boca Raton, Palm Beach County and Phoenix. This particular screening of “Bagels over Berlin” is rare, and is one of the first times the film will be available to the public.

The event is co-sponsored by The Center for Judaic, Holocaust, and Peace Studies, The Temple of the High Country and University Documentary Film Services at Appalachian State University.

For more information contact Beth Davison at University Documentary Film Services, at (828) 262-6397 or davisonb@appstate.edu, or contact Thomas Pegelow Kaplan at Judaic, Holocaust and Peace Studies at (828) 262-2311 or holocaust@appstate.edu.