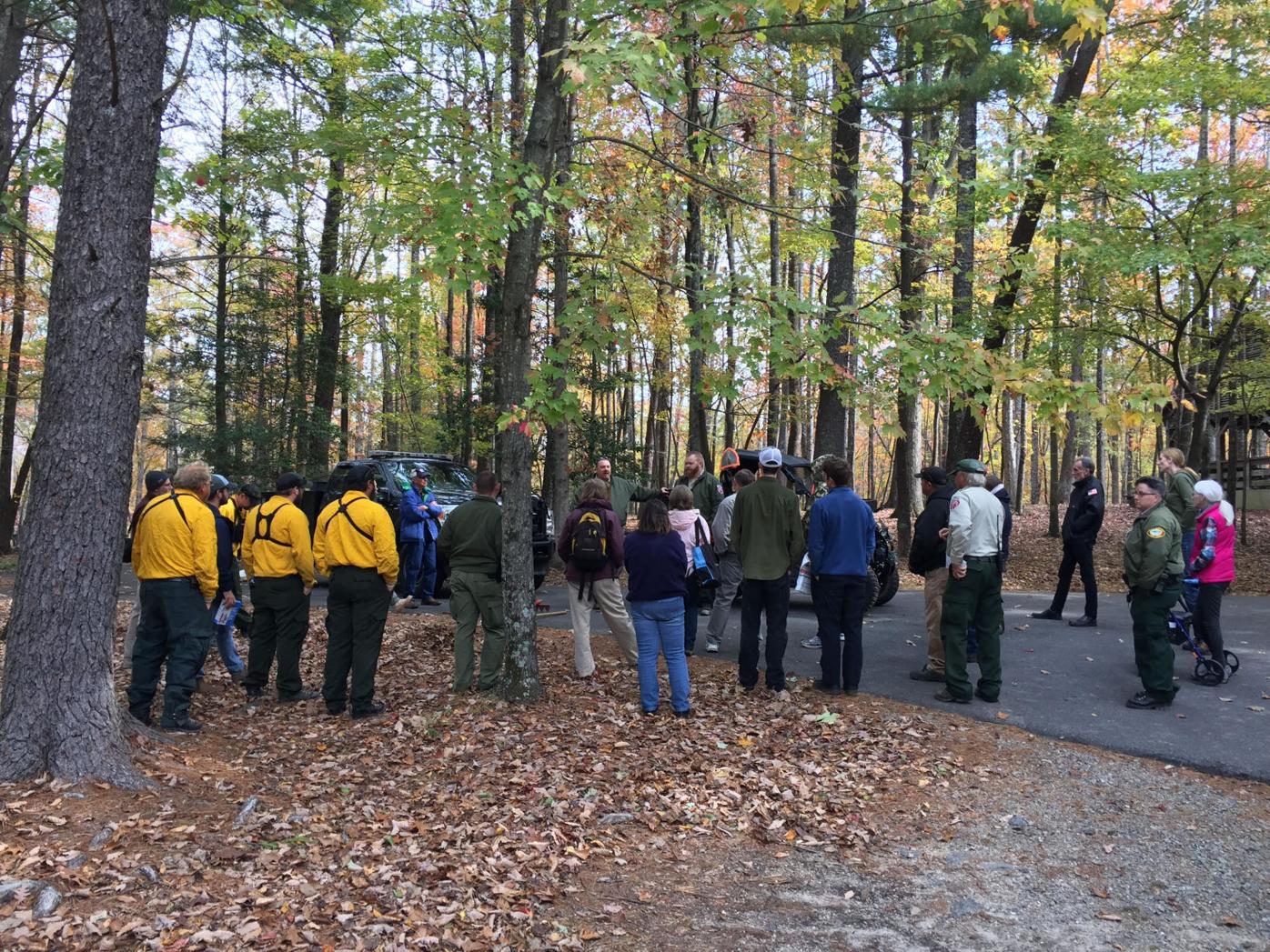 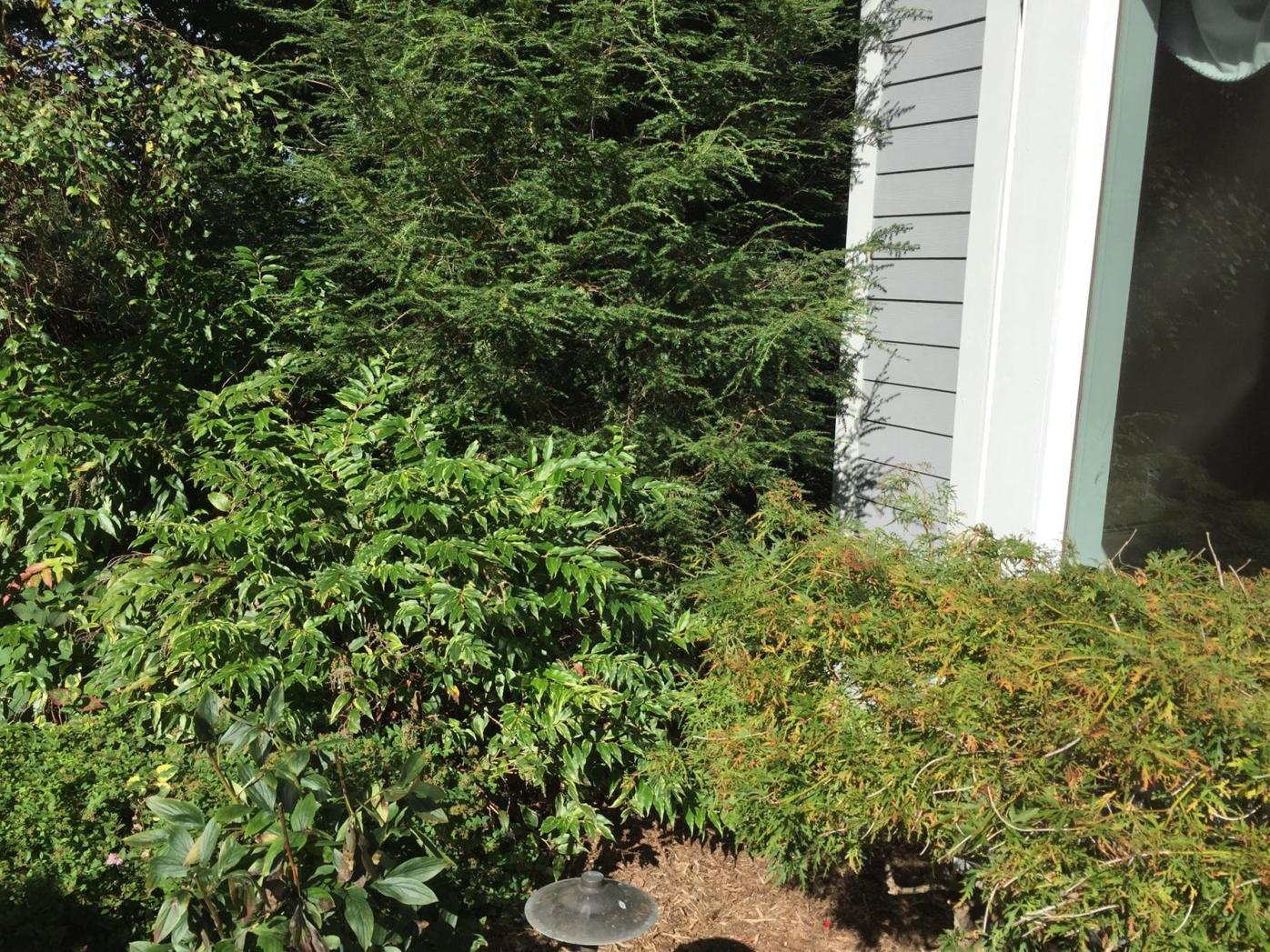 Flammable plants growing next to the house can cause big problems for homeowners during wildfire season. The Blue Ridge RC&D recommends keeping plants and other landscaping at least five feet from your home. 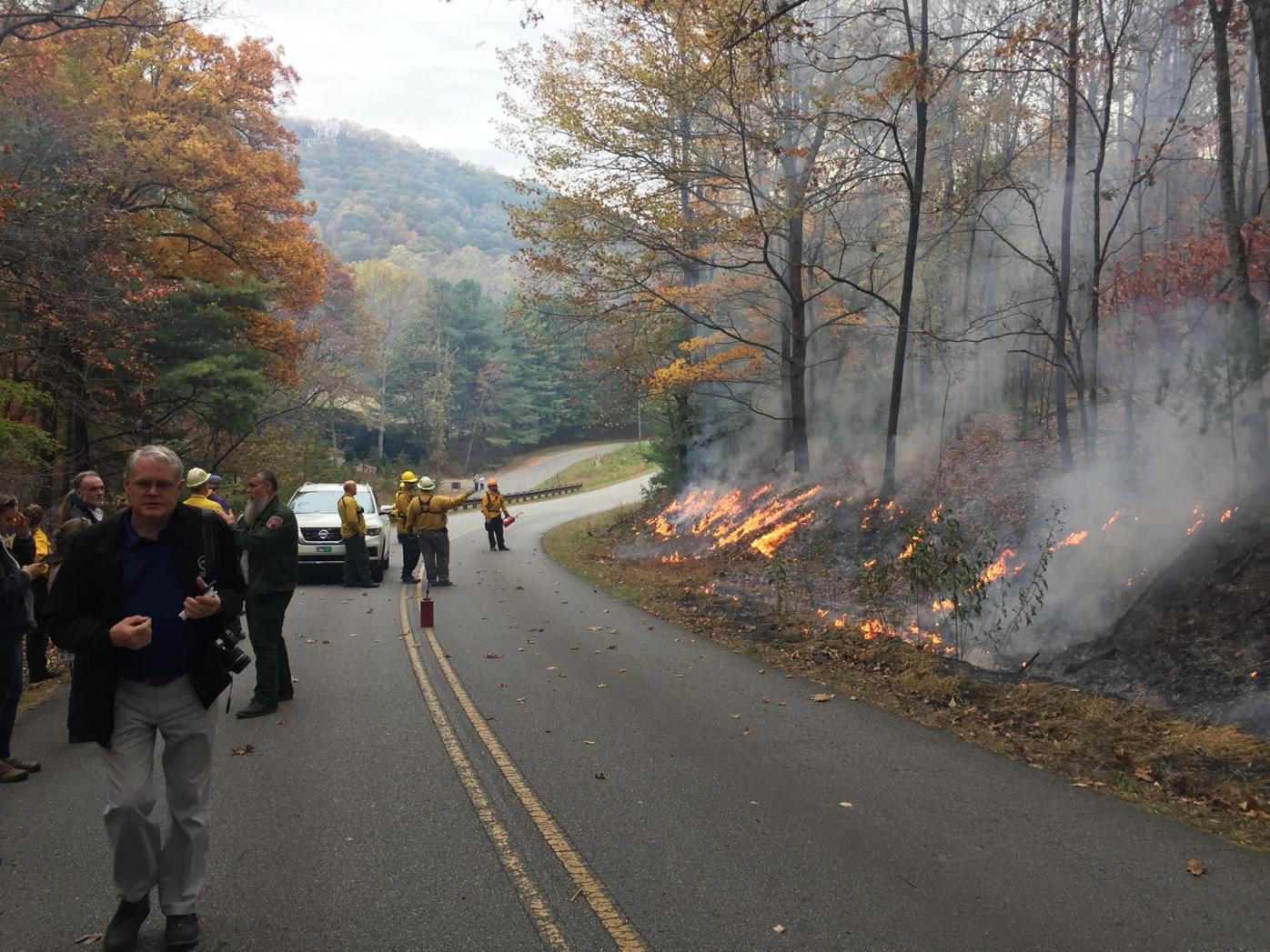 Keith Bamberger from NCDENR air quality walks past a prescribed burn after giving a presentation on wildfire smoke and air quality at a Stone Mountain State Park event in 2019.

Flammable plants growing next to the house can cause big problems for homeowners during wildfire season. The Blue Ridge RC&D recommends keeping plants and other landscaping at least five feet from your home.

Keith Bamberger from NCDENR air quality walks past a prescribed burn after giving a presentation on wildfire smoke and air quality at a Stone Mountain State Park event in 2019.

Whether it’s an unchecked shrubbery nestled up to your home, an untamed patch of yard or an overgrown woodpile, chances are you may be living next to a potential wildfire hazard and not even realize it.

Since 2016, Blue Ridge Resource Conservation and Development, a regional nonprofit whose mission is to improve natural and human resources within the Southern Appalachians, has been promoting awareness about fire ecology and wildfire prevention.

Working with a variety of agencies, including local fire departments and most notably the North Carolina Forest Service, the Blue Ridge RC&D spreads awareness about proper fire management through community presentations, demonstrations and sharing fire awareness tips and strategies with property owners. Their push for awareness is part of a larger, nationwide campaign called Firewise USA, a National Fire Protection Association program co-sponsored by the Department of the Interior and National Association of State Foresters.

Though the overall goal of the program is to reduce wildfires and the devastation they cause, the Blue Ridge RCD also puts focus on ecology by educating the public about fire’s fit in nature.

“Historically fire was more common in the landscape,” said Johnathan Hartsell, Executive Director of the Blue Ridge RC&D. “There’s lots of fire dependent ecosystems and species that rely on fire.”

Prescribed burns, such as those seen in many National Forest and other parcels of public land are key to a healthy forest ecosystem and are also used as a preventable measure, lowering the chances of larger, more intense fires sweeping across the state.

“If you don’t have small intensity fires burning every now and then, then overtime all that fuel builds up, so when you do have a wildfire it’s a lot hotter, more intense and more dangerous,” said Hartsell. “We like to promote using prescribed fire in some situations, not all situations, but some, to reduce fuels and also to help those fire dependent ecosystems.”

With Western North Carolina’s fire seasons occurring in both the spring and the fall, it’s never too late to take preventive measures to reduce the spread of wildfire. To learn more about the the work of the Blue Ridge RC&D and their effort to reduce wildfires in the region, visit http://www.blueridgercd.com/ or reach out to Johnathan Hartsell at (828) 284-9818 or via email at hartselljonathan@gmail.com.

You can also learn more about the National Fire Prevention Association’s Firewise program by visiting https://www.nfpa.org/Public-Education/Fire-causes-and-risks/Wildfire/Firewise-USA/.

Poster for the NFPA Firewise program.