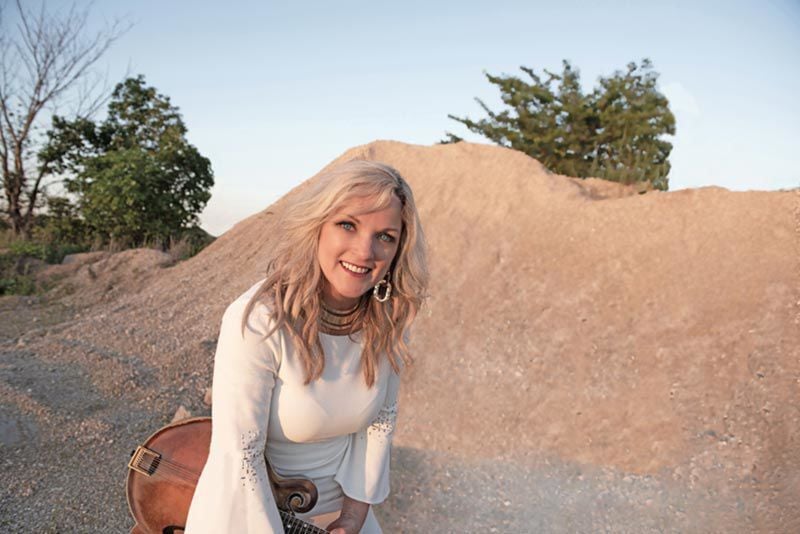 Recently, multiple IBMA Award winner Rhonda Vincent had to fill the new void in her band and that is when she chose Ashe County’s young guitar player and singer Zack Arnold. 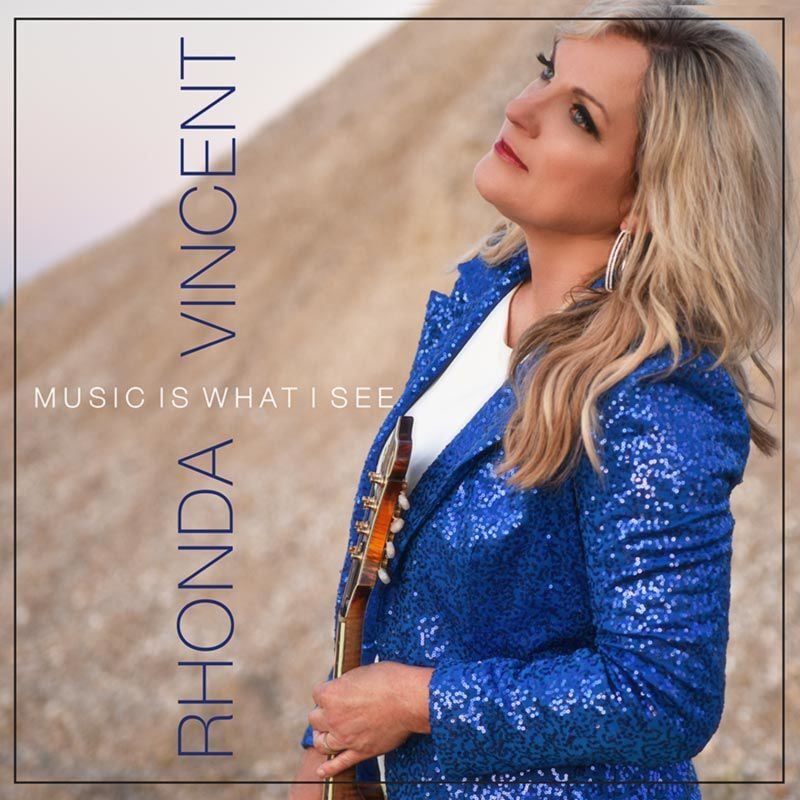 Rhonda Vincent’s new album ‘Music is What I See’ will be available on May 28.

Recently, multiple IBMA Award winner Rhonda Vincent had to fill the new void in her band and that is when she chose Ashe County’s young guitar player and singer Zack Arnold.

Rhonda Vincent’s new album ‘Music is What I See’ will be available on May 28.

In the early part of every year, the bluegrass world experiences a series of personnel changes in various bands as the new touring season is about to begin.

Bluegrass is unique in that a lot of the genre’s live shows center on warm-weather music festivals. So, it is in the cooler months when musicians decide to join a band, leave a band or form a new band of their own. Some simply choose to get off the road and return to a normal life.

The latter was true for the three-time International Bluegrass Music Association Guitarist of the Year Josh Williams when, earlier this year, he gave up his position in the popular bluegrass group Rhonda Vincent and The Rage. With three young children at home, Williams decided to do what many other fathers have done and that is to raise their kids and to watch them grow up at a crucial time in their lives, with the hopes of getting back in the music business when their offspring gets older.

Recently, multiple IBMA Award winner Vincent had to fill the new void in her band and that is when she chose Ashe County’s young guitar player and singer Zack Arnold.

Many will remember Arnold from the band ClayBank, which made an impact during its short run in the roots music world. Originally consisting of Arnold on mandolin, his teenage buddy Jacob Greer on guitar, Tyler Thompson on banjo and local bluegrass veteran Gary Trivette on bass, the group made an impressive run on the bluegrass charts with their debut album ‘Playing Hard To Forget.”

Eventually, ClayBank broke up and Arnold and Greer both joined the band Sideline, one of the top touring groups on the bluegrass circuit. Along the way, Arnold gained even more experience, growing as a musician and stage artist. By the time the guitar and harmony vocal position became open with Rhonda Vincent and The Rage, he was ready to fill some big shoes.

“It’s been absolutely crazy,” said Arnold. “It’s really been a dream come true for me. This is what I have dreamed of doing as a young kid from probably the age of 6, up until now. It’s been very surreal, but I have been very happy and blessed that that I get to do it. I’ve known Rhonda for a pretty good while now, and we’d speak in passing. We got to sing together a little bit prior to this, so when all of this came about with Josh, she reached out to me and asked me if I played the guitar. I told her, ‘Yes, I do.’ She then asked if I would be willing to come and fill in for Josh on a few shows a while ago, and I told her that I’d be honored to do it. So, that it how it all worked out.”

Even though Arnold played the mandolin with ClayBank, the guitar was his first instrument. And, like hundreds of other impressive musicians who come from this High Country region, Arnold was taught by the great local multi-instrumentalist and instructor Steve Lewis.

“I still look up to Steve Lewis as a mentor and a teacher,” said Arnold. “He taught me everything I know about playing the guitar. I honestly think that as much knowledge as he has of a guitar and of playing a guitar, that comes from his experiences as a whole. He has been around this business for a long time and he knows how it works, and he knows how to help younger people figure it out without taking as much time as others might take. He has mastered the way the guitar works and he has figured out how to help the younger generation that is willing to learn how to figure it out without it taking the majority of their life to do it. I definitely owe a whole lot to Steve and I give a lot of thanks to him, for sure.”

Arnold has taken what he has learned from Lewis and passed it on to other music students.

“What I say to younger people that are learning how to play is there is definitely a point in time when everything will start to click,” said Arnold. “It is almost like you are turning a light switch on. I have been able to teach a few students some mandolin lessons and you can tell when they goes from them thinking, ‘I’d love to be able to learn this instrument,’ to ‘Wow, I’m really learning how to play this instrument.’ That is when everything changes. ”

Arnold is not the only musician with High Country roots to make some moves as the pandemic’s shutdown of the live music industry starts to ease.

Ashe County’s Tray Wellington has graduated from the East Tennessee State University Bluegrass, Old-time and Country Music Program and has started a career of his own. Formerly a long-time member of the Deep Gap-based band Cane Mill Road, Wellington just recently signed with Asheville’s Mountain Home Music Company record label. As a result, he will release his first-ever solo single on May 28 called “Pond Mountain Breakaway.”

As for Liam Purcell and Cane Mill Road, Purcell has revamped the band’s lineup and is ready to tour. The group’s 2021 schedule finds them playing everywhere from Ocracoke Island in North Carolina’s Outer Banks to Nashville’s renown Station Inn club. Other stops include New York, Missouri, Indiana, Wisconsin and West Virginia as well as dates here in Boone.

The aforementioned Boone resident Gary Trivette has landed in solid company as the bass player for Nick Chandler and Delivered. Working off of their newly released single called “Hello,” found on 615 Hideaway Records, the group is ready for a productive 2021.

Boone roots music stars the Burnette Sisters are still in the mix after siblings Kathleen and Anissa also successfully graduated from the ETSU Bluegrass, Old-time and Country Music Program. The sibling group, now featuring vocalist Colin Ray, will soon hit the road for the Cherokee Bluegrass Festival in June.

Avery County is well-represented in the bluegrass world as the summer of 2021 gets under way soon. For 20-plus years, Jason Burleson has been an original member of the multiple IBMA Award-winning group Blue Highway. Their national tour kicks into high gear towards the end of June.

Jason’s son, Jacob Burleson, who also grew up in Avery County, continues his run in the bluegrass chart-topping band Volume Five. The group begins an impressive run of festival appearances in June beginning with the Pickin’ in the Plains Festival in Kansas followed by The Festival of the Bluegrass in Lexington, KY, RudyFest in Morehead, KY, LarryFest in LaFarge, Wisconsin, SamJam in Piketon, Ohio and the Tennessee Valley Old-Time Fiddlers Convention in Athens, Alabama. Also, on June 26 at the Georgia Fairgrounds in Hiwassee, Georgia, Volume Five will participate in a special benefit concert for their banjo player Patton Wages, who just suffered a severe stroke in February. The 9-band all-star Pickin’ For Patton event will take place from 11 am to 10 pm.

Darin and Brooke Aldridge also begin their summer tour in earnest next month. Darin’s parents grew up in Crossnore and Brooke is a native of Avery County having grown up in the small town of Spear. In what has been an amazing run for the couple, Brooke is currently the reigning IBMA Female Vocalist of the Year Award winner. She accepted the honor several months ago in September of 2020, marking her fourth win in a row in that category. The duo and their band will also appear at the aforementioned Pickin’ For Patton benefit concert.

As for Zach Arnold’s new gig with Rhonda Vincent and The Rage, Vincent is the newest official member of the Grand Ole Opry. That means Arnold is about to perform quite a bit on the legendary show where bluegrass was born 76 years ago when Bill Monroe and Earl Scruggs first played together on that historic stage.