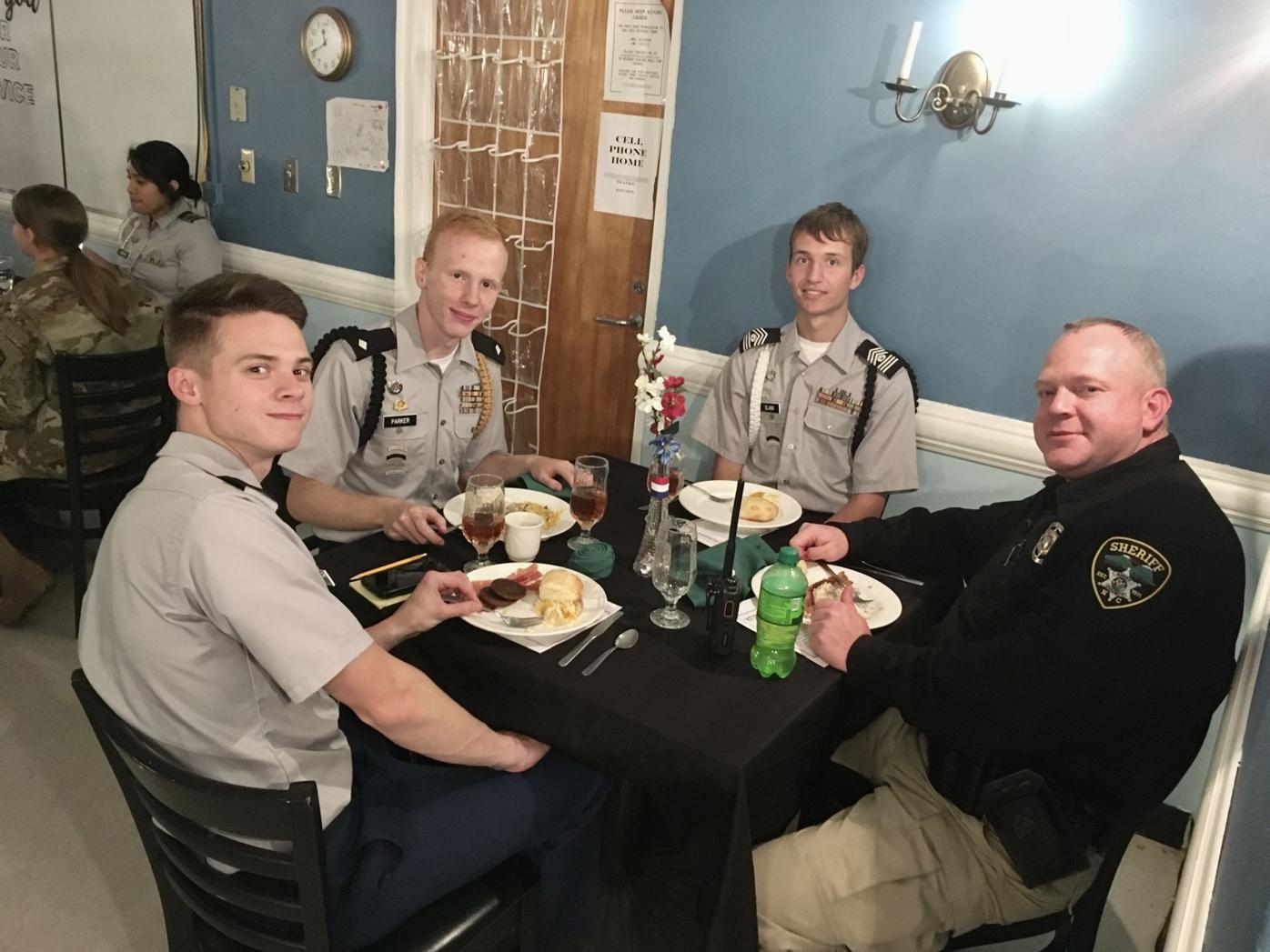 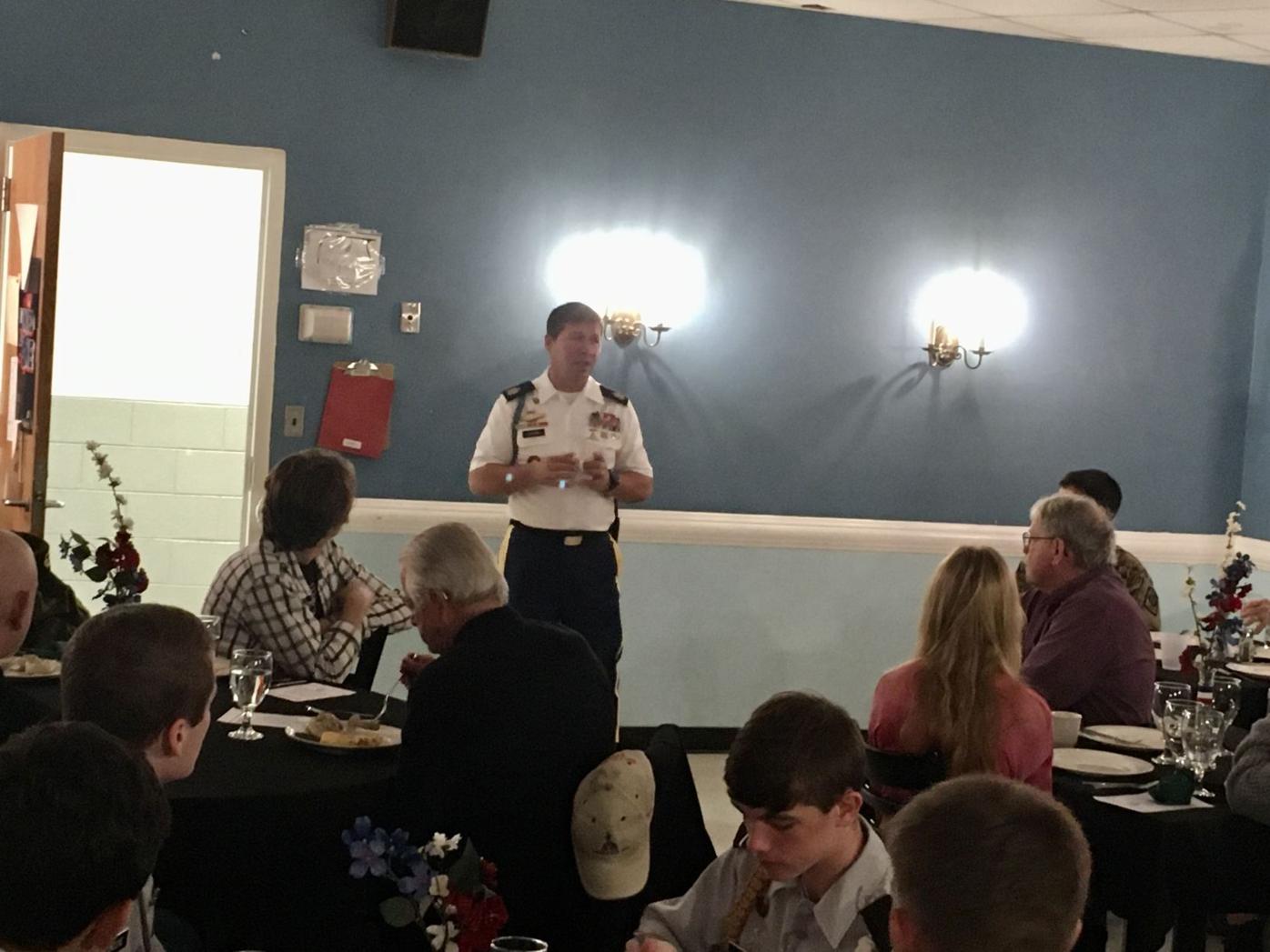 Avery JROTC instructor and veteran Jason Coleman speaks about his time in the service and what it means to him as a man. 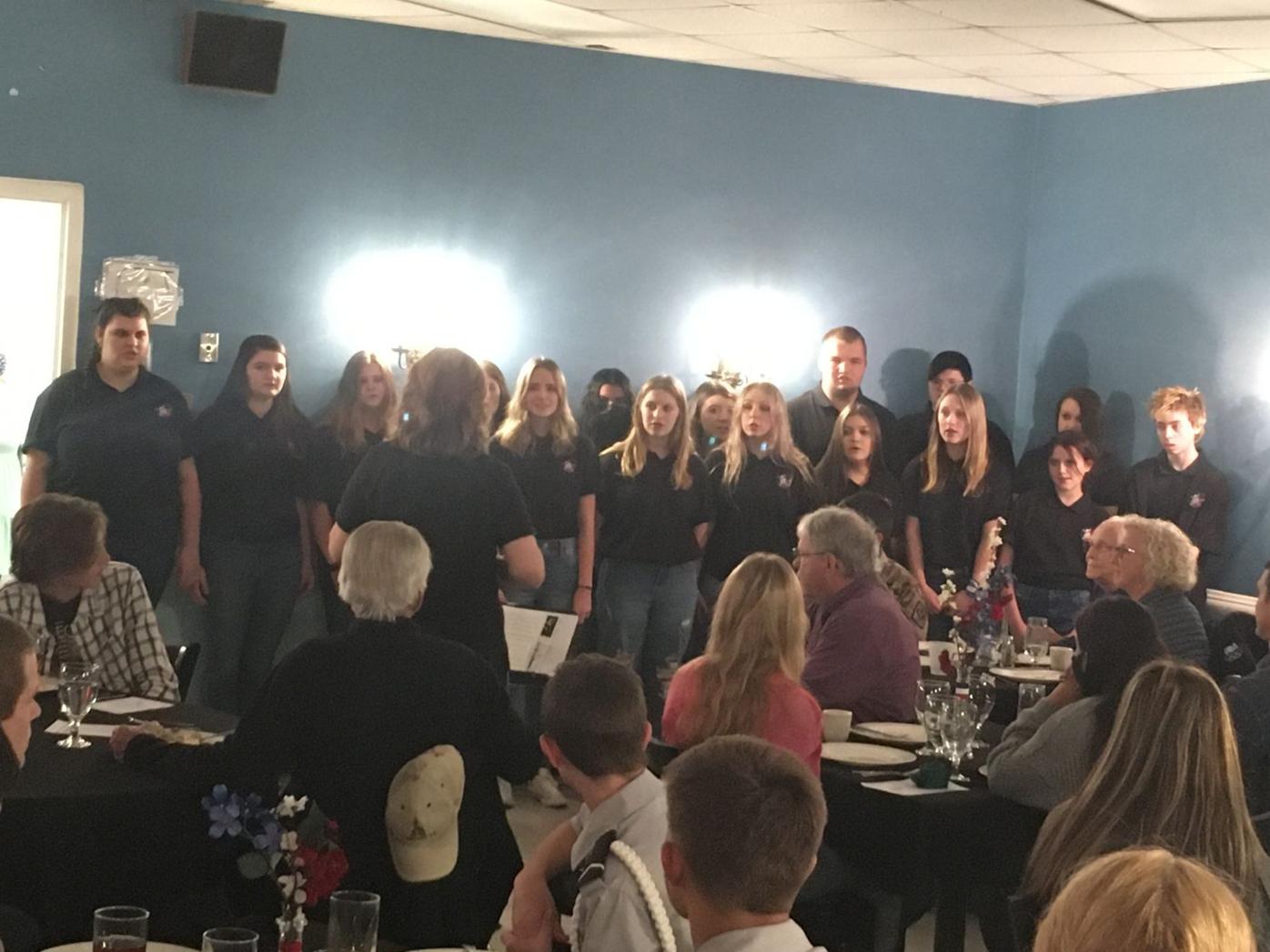 The Avery High School Chorus sings “I Am America” for the veterans, families and JROTC at the brunch.

Avery JROTC instructor and veteran Jason Coleman speaks about his time in the service and what it means to him as a man.

The Avery High School Chorus sings “I Am America” for the veterans, families and JROTC at the brunch.

The JROTC Viking Battalion and instructor Jason Coleman, in conjunction with student government and the school’s culinary arts and beta clubs, coordinated the event as an interactive “living history” ceremony, with a question-and-answer portion provided for students to inquire about veterans’ service experience, memories and results.

The brunch was provided by the Avery High School culinary arts class featuring all the classic breakfast dishes. The veterans seminar was also broadcast via video connection for students to watch and participate from their classrooms. A formal introduction was given in association with the high school chorus performing “I Am America.”

In attendance for the brunch were veterans from three different combat eras: Vietnam, Desert Storm and post-9/11.

“I grew up listening to World War II veterans.They were the old guys when I was young,” Coleman said about the various array of service eras.

Coleman mentioned that his most memorable experience when he was active in the service was in 2011 in Baghdad, Iraq, when the status of forces agreement was running out until there were 500 military personnel left. They were operating to keep enough stability for the remainder of the troops to leave the area.

“It was intense, but satisfying,” Coleman explained. “There is not an easy way to leave an occupied country.”

Coleman was a participatory service member in what is commonly referred to “Black Hawk Down,” and a major motion picture was roughly based on the events in which he participated.

Retired Colonel John Cuyler was in attendance and was asked about his time in the service.

“I had an incredible experience in 20 years,” Cuyler said.

Cuyler was in the U.S. Special Forces and spoke about his world travels going through California to England and assisting with the Baltimore riots. A longstanding veteran, Cuyler has been in Banner Elk since 1977.

“I had an inspiration to join the military after 9/11,” Moore said. He took his inspiration to serve his country and performed two tours of duty in Iraq during his tenure.

“You young people are the base of our community for the future,” Moore said, alluding to the future service members in the JROTC.

Coleman and Moore agreed that 9/11 was such a driving force behind men and women aspiring to serve and protect their country.

“9/11 made veterans want to go back (into the service,)” Coleman explained.

Another veteran attending the brunch was Judd Chapin, a gunship pilot flying Cobras in Vietnam.

“I was a scared young man who needed to learn the ropes,” Chapin stated. “Never forget and always honor the country.”

Chapin brought in multiple items of memorabilia from his time as a military pilot, including a helmet and vests. He spoke about a time when he had to fly into enemy territory.

“If there is a wounded American, you do whatever you can to help,” he said.

Veterans agreed that their time in the service was the most challenging test they have ever experienced, yet they were also able to parlay those experiences into the civilian realm. Veterans expressed their thoughts on service and how they learned to lead, build national pride and to be a part of the military family.

Coleman and attending veterans not only shared their special memories and harrowing experiences, but also spoke to the students about traveling the world and seeing faraway places. Regions mentioned were not only combat sites like Iraq, Afghanistan and Vietnam, but also Panama, England, Germany, Japan and a slew of American states. Veterans were able to tell students about how military members share a special relationship, receive influential training and participate in diversified programs that gave them the knowledge and skills to succeed.

The special encounter brought together students and veterans to engage in establishing relationships while providing insight into the memories and experiences of veterans and their families.