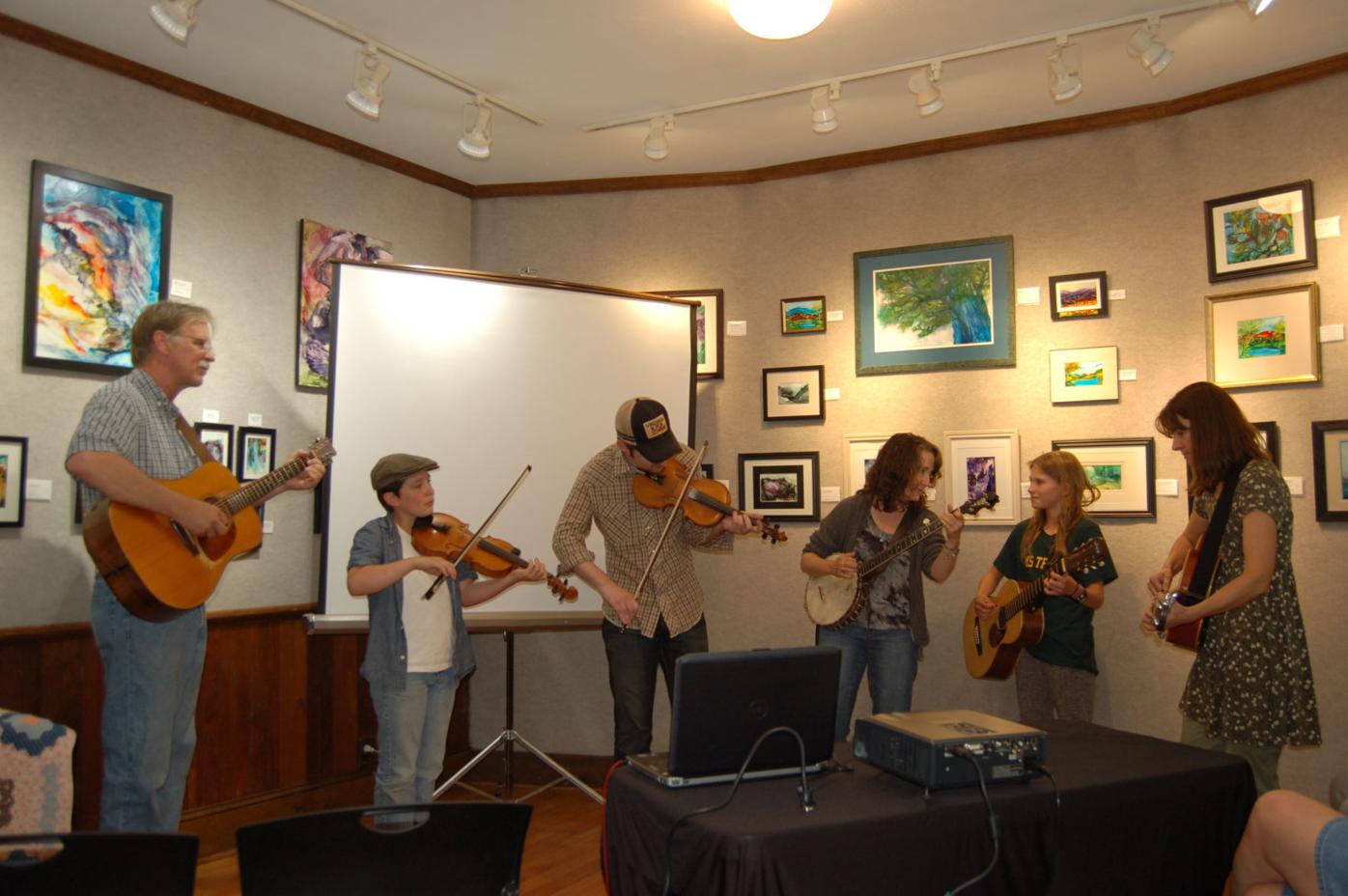 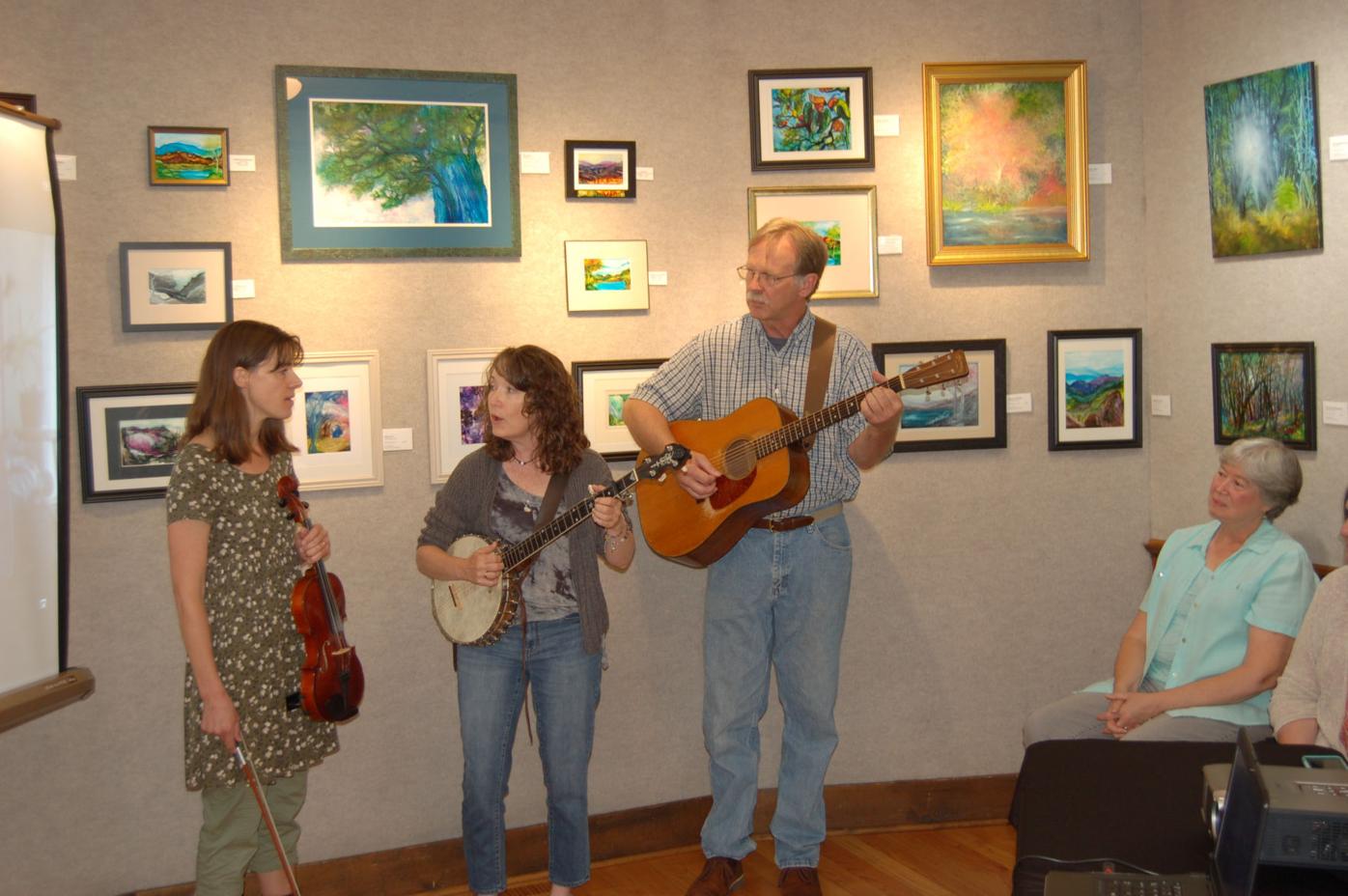 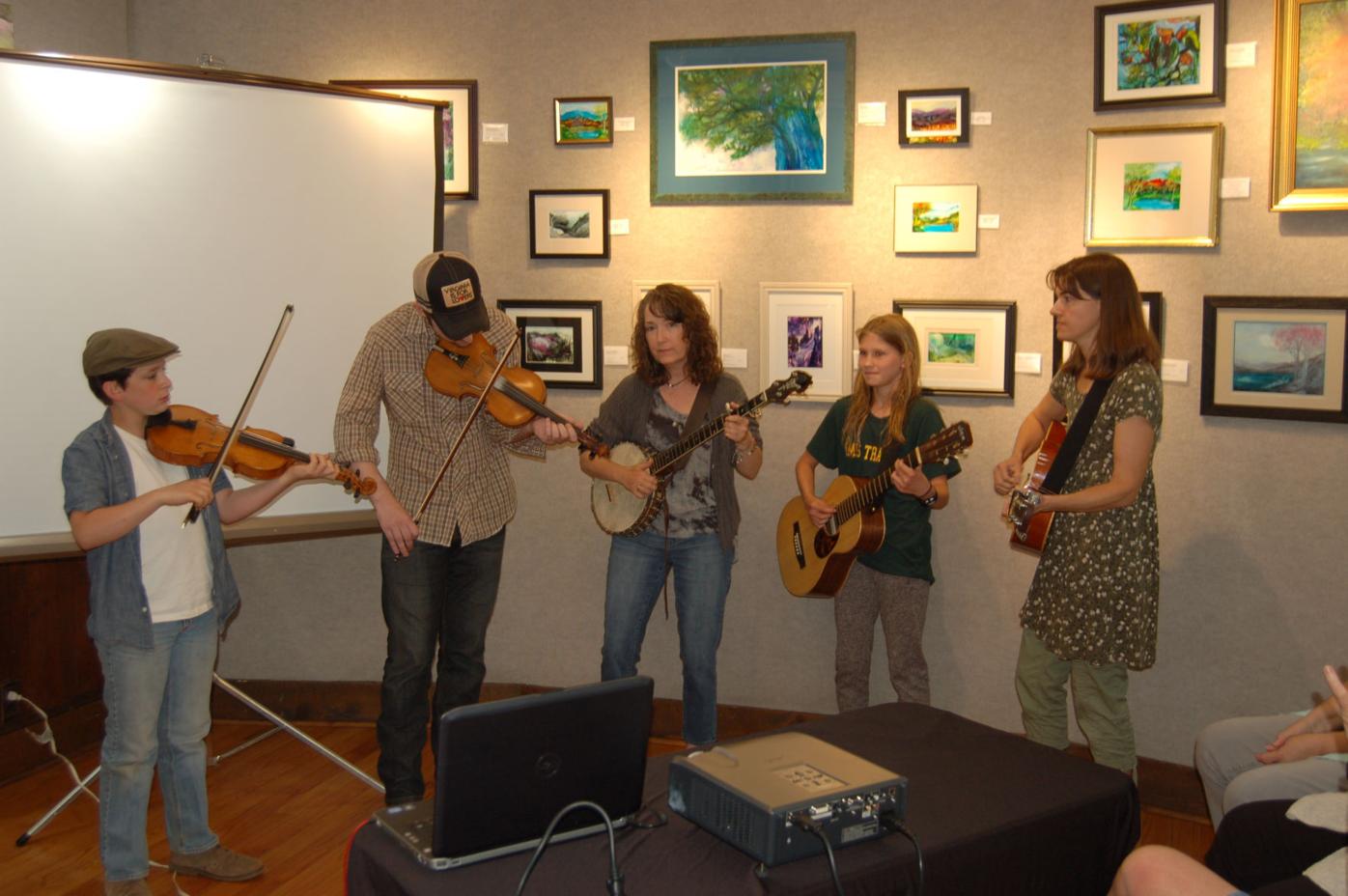 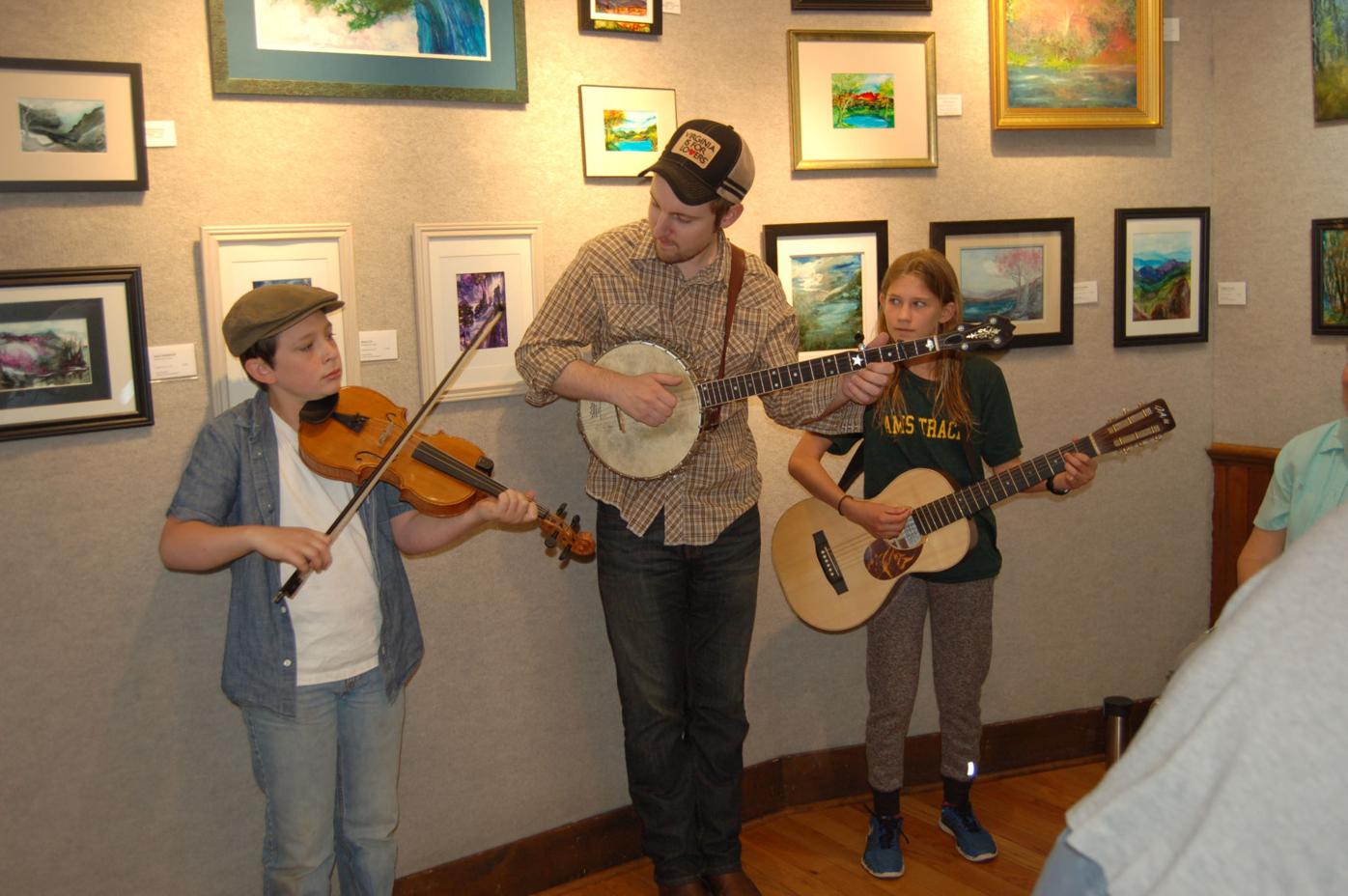 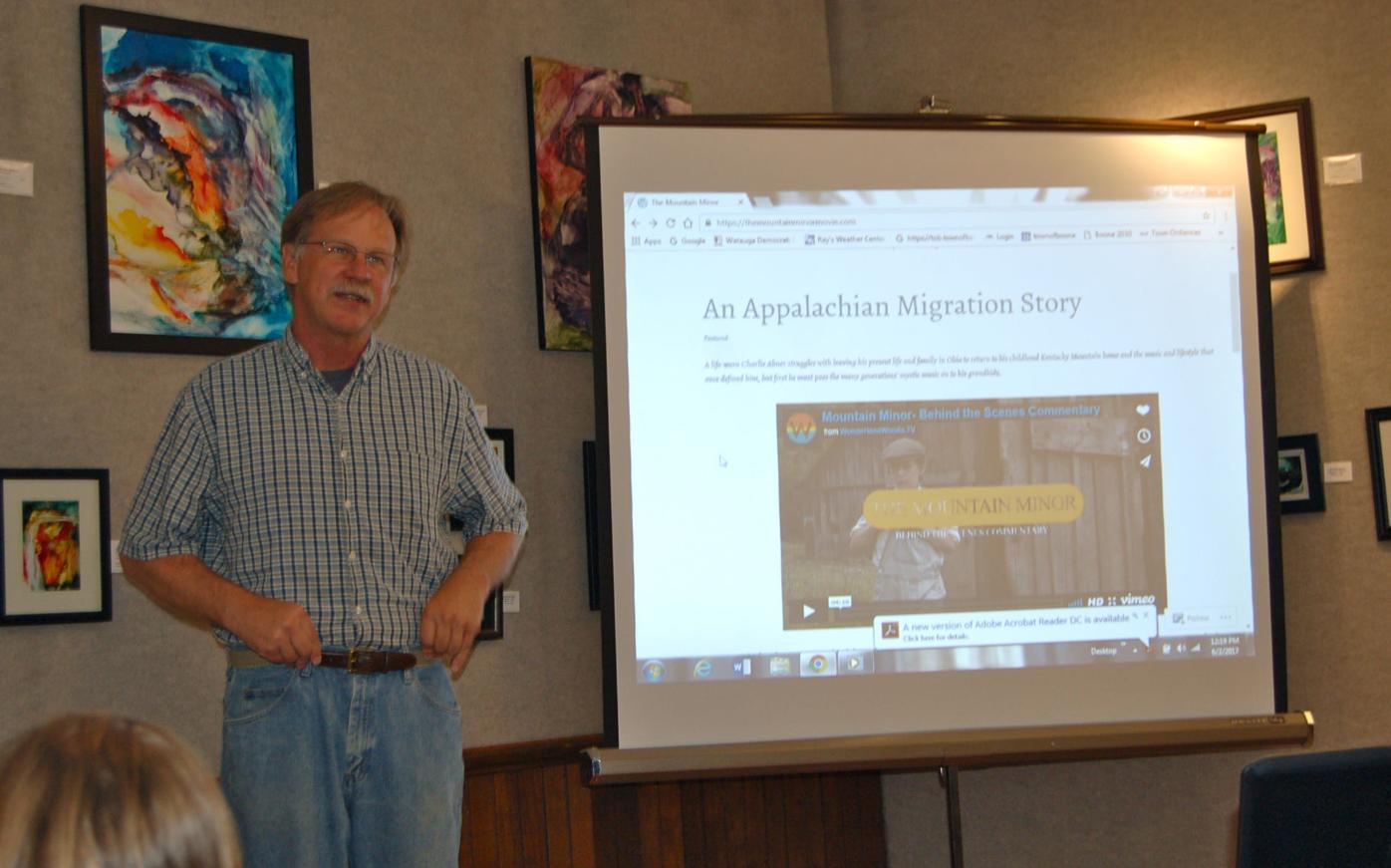 ‘The Mountain Minor’ director Dale Farmer introduces the trailer for the movie.

Actors Hazel Pasley and Asa Nelson star as Ruthie and Charlie in the upcoming film ‘The Mountain Minor.’

‘The Mountain Minor’ director Dale Farmer introduces the trailer for the movie.

Actors Hazel Pasley and Asa Nelson star as Ruthie and Charlie in the upcoming film ‘The Mountain Minor.’

BOONE – Early next month, the sleepy village of Todd, N.C. will have its “Lights, camera, action!” moment.

The cast and crew of the new motion picture “The Mountain Minor” will shoot scenes for the movie at various locations in and around Todd July 10-18.

The public got a glimpse of the film on June 2 at a special “Lunch and Learn” event at the Jones House Community Center in Boone. Screenwriter and director Dale Farmer and casting director Susan Pepper talked about the production and showed an extensive trailer that was shot last summer.

Members of the cast, along with Pepper and Farmer, played some old-time string music during the presentation.

The movie is a fictional adaptation of how Farmer’s grandfather, Charlie Cox, moved with his family from the hills of Kentucky north to Ohio in search of good paying jobs during the Great Depression of the 1930s.

“For young Charlie, life meant three things: work, church and playing the fiddle,” Farmer said. “They didn’t have the distractions of modern that we contend with today. These people had a special connection with their music, the earth and the natural world, and maybe even the supernatural world. There’s certainly a component of that in the stories I’ve heard.

“This is the story about a family that was very isolated on their farm, and they decide to go to a strange land far away. And in many ways they miss their farm in Kentucky.

The movie’s subtitle is “An Appalachia Migration Story.”

“I was talking to Susan’s babysitter, who is from Nigeria, about the movie and looked like she was going to break into tears and said, ‘That’s my story.’ My family left Nigeria to find a better life and we miss our old country but are making a new life here in America,’ Farmer said.”

On film, the Willie Abner Band is portrayed by members of the old-time string band The Tillers.

“I play Ruthie Whitt,” said Hazel Pasley, a rising eighth grader from Sparta, N.C. “In the movie, my parents are working in Ohio and they have sent me down to stay with my grandmother, Granny Whitt. Charlie and I become friends and play music together.

“Ruthie is very outgoing and likes to make new friends. I am extremely excited about shooting the movie this summer. I have always wanted to be an actor or an entertainer.”

According to Farmer, the title of the film is based on a musical mode, one that helps define a certain type music found in the old tunes of the Appalachians.

“It’s part of a theme that runs through the film,” Farmer said. “It is the music that connects us with earlier generations. It’s sort of like ancient church music. It has the power to transport us from our current state of being. It’s mournful, lonesome music.”

Farmer is working with the production company Wonderland Woods Productions to film the movie. “These guys are making it look and sound like a real movie,” Farmer said.

During the musical presentation at the Jones House, Asa Nelson, Hazel Pasley, Trevor McKenzie, Amy Clay, Susan Pepper and Dale Farmer played a number of old string tunes such as “Soldier’s Joy” and “Cluck Old Hen,” as well as one of Farmer’s originals “Across the Ohio.”

Farmer, who is from southwestern Ohio, said, “I had always heard Susan (Pepper) talk about her former home in Boone and Todd, about what a neat place it is. And we’ve experienced a different kind of magic each time we have come down here.”