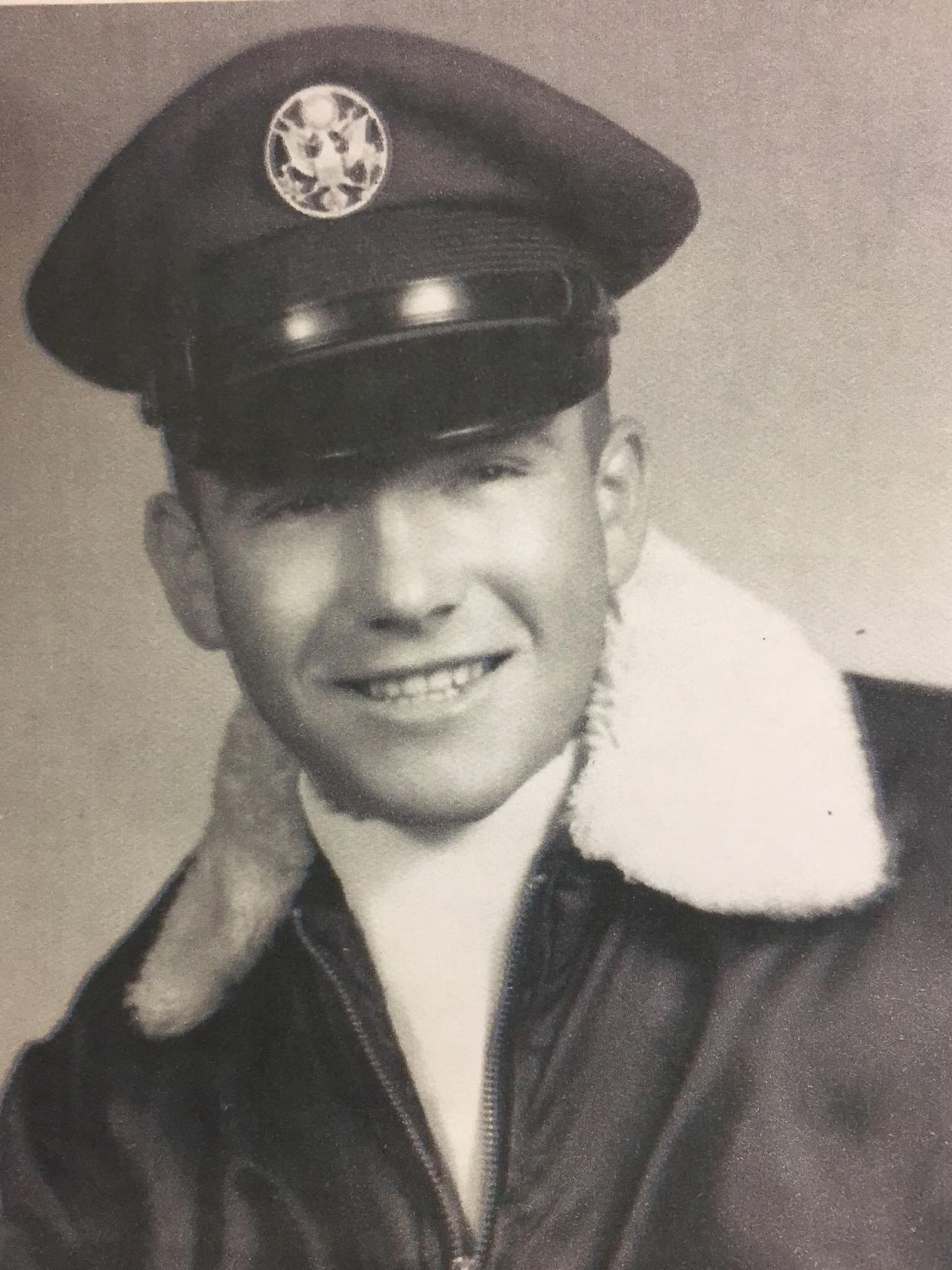 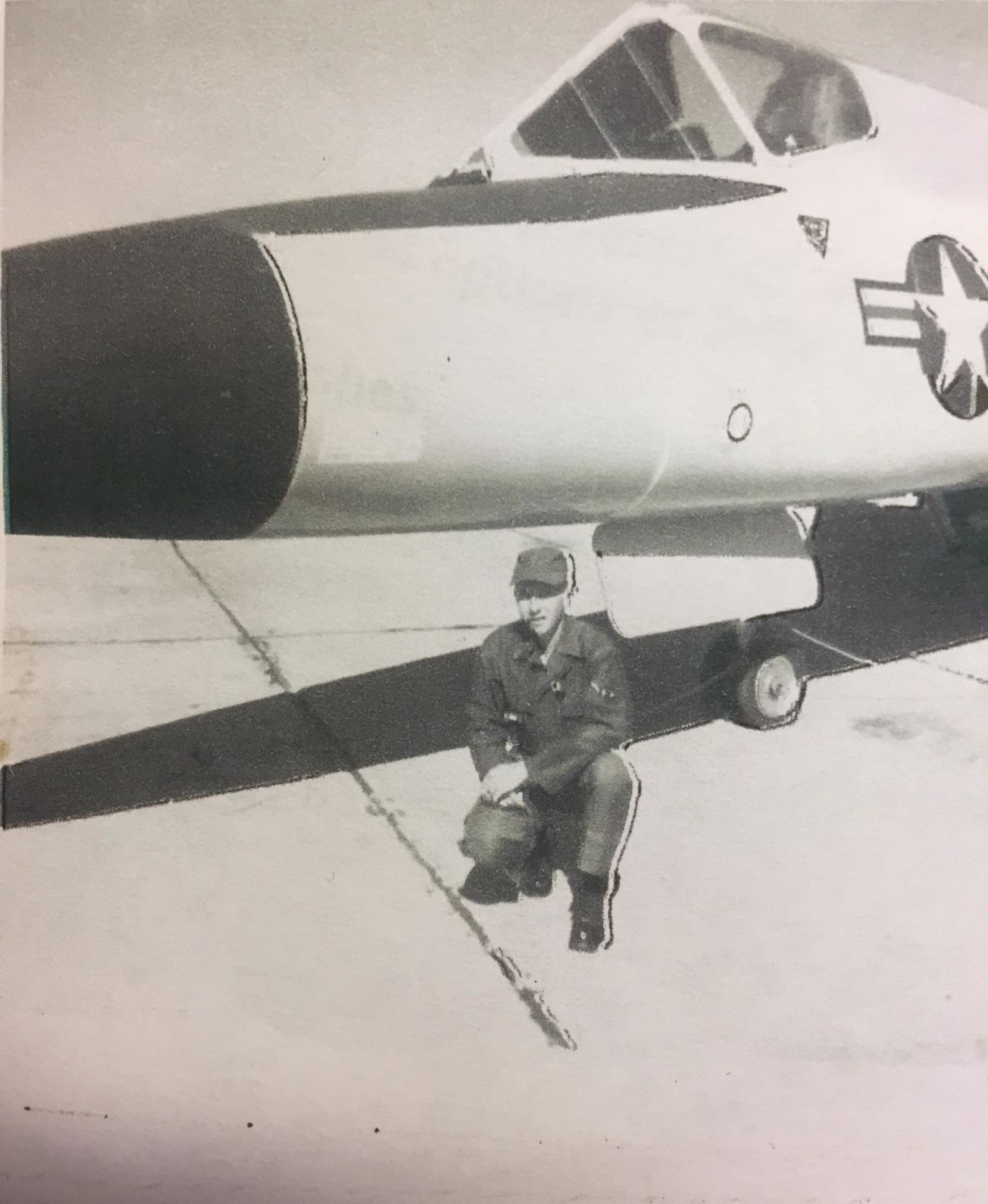 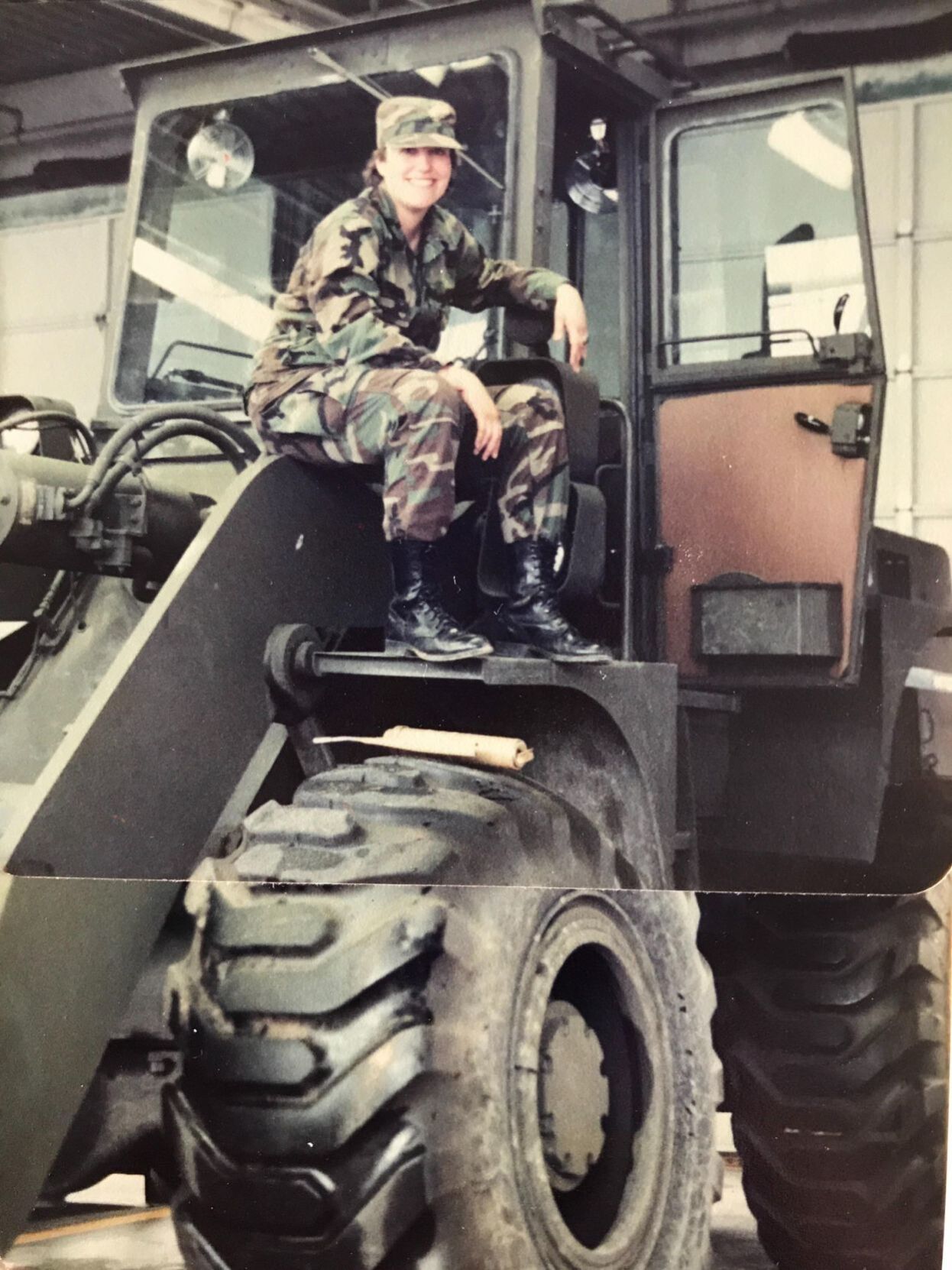 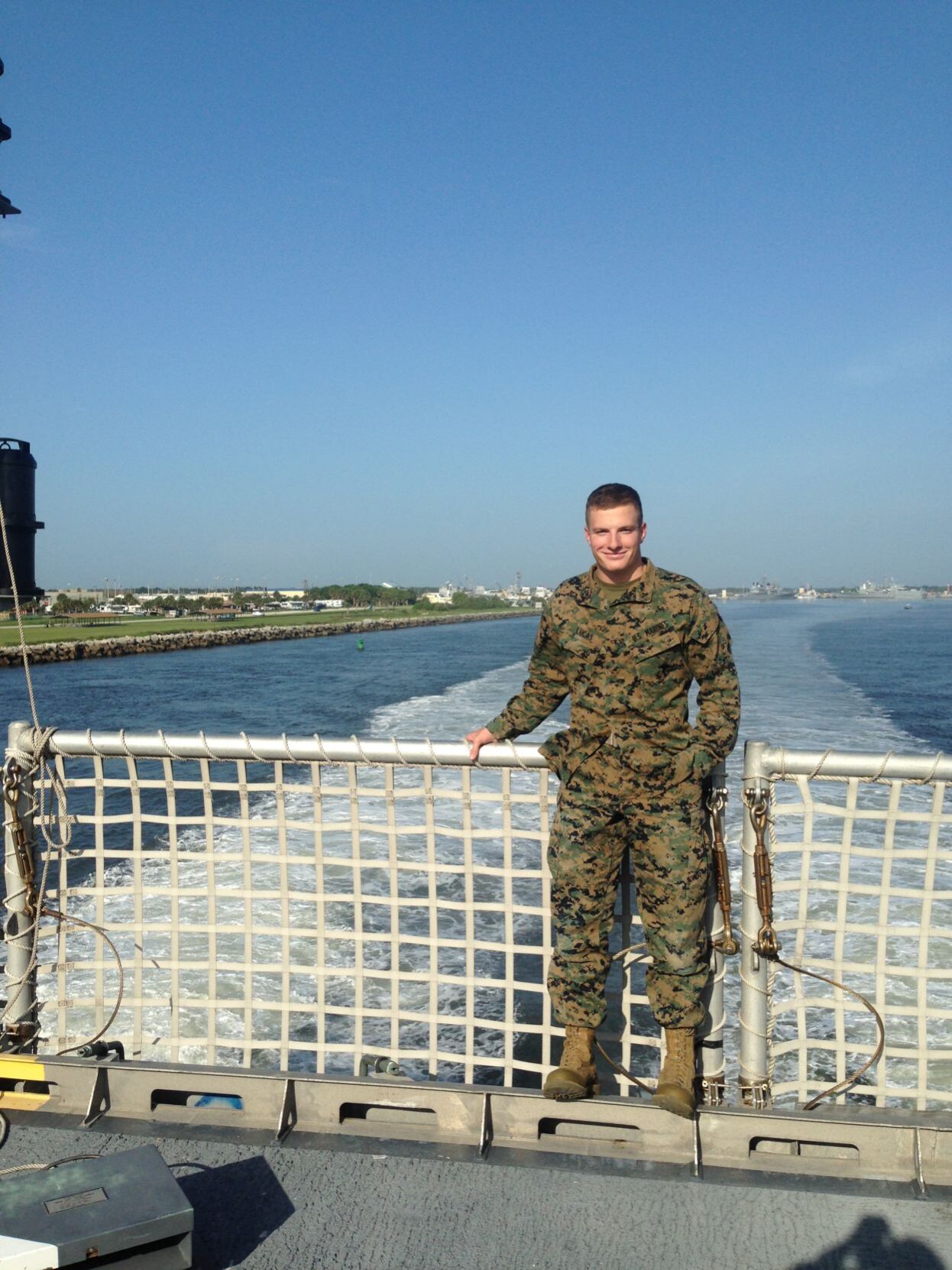 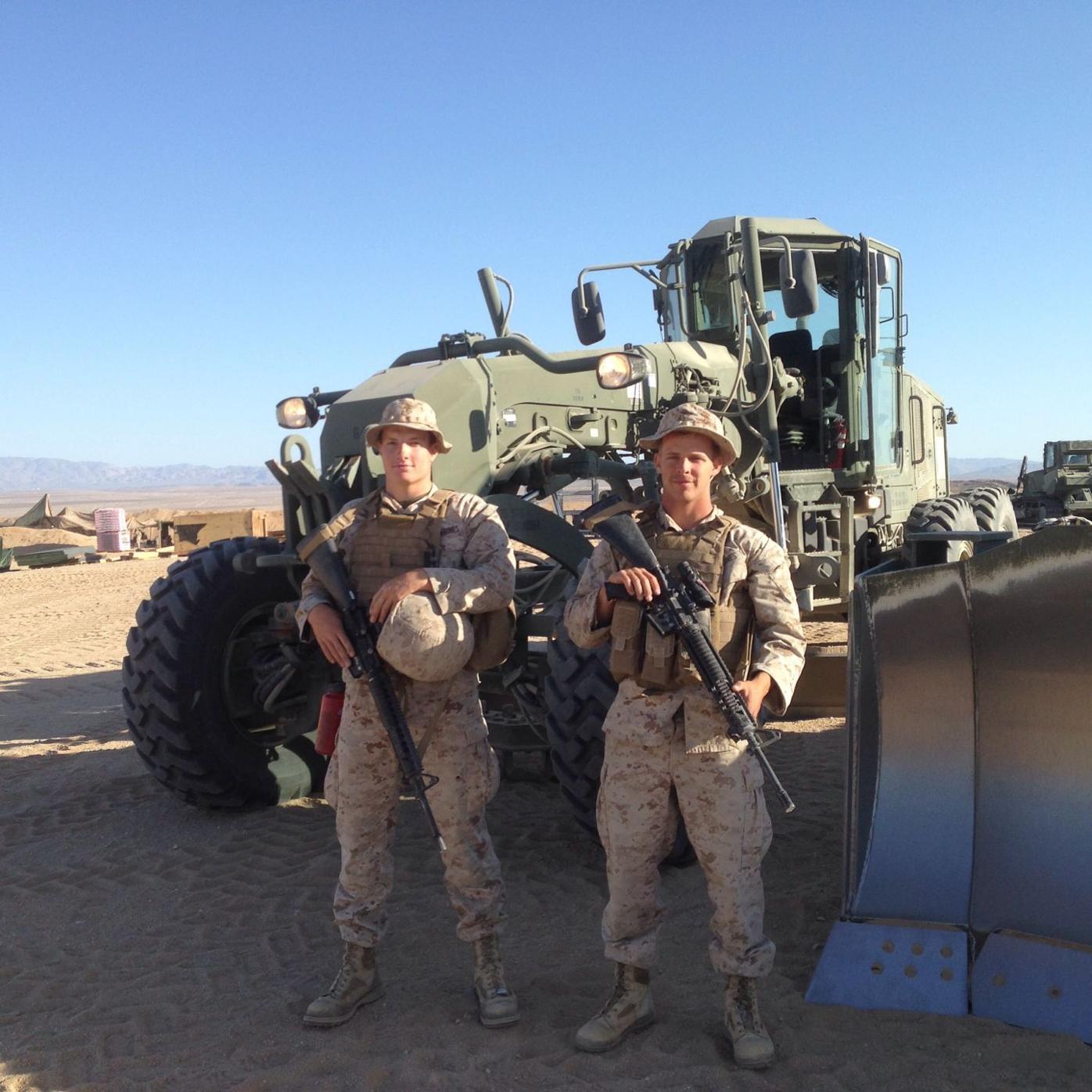 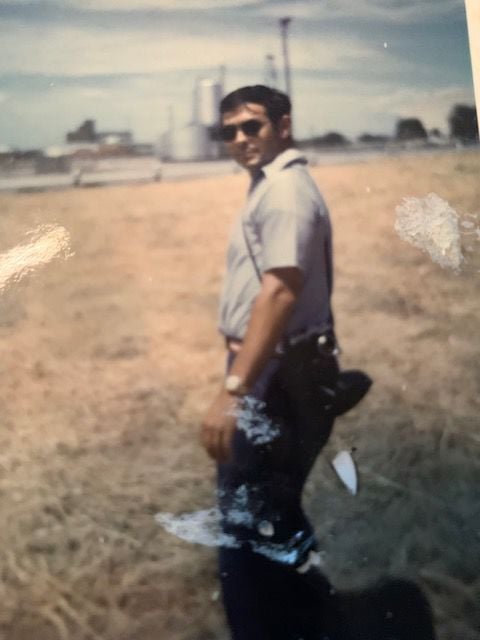 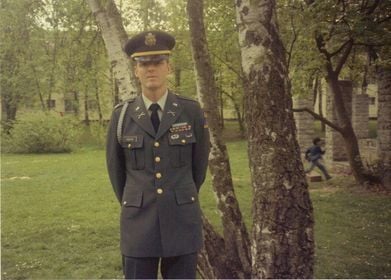 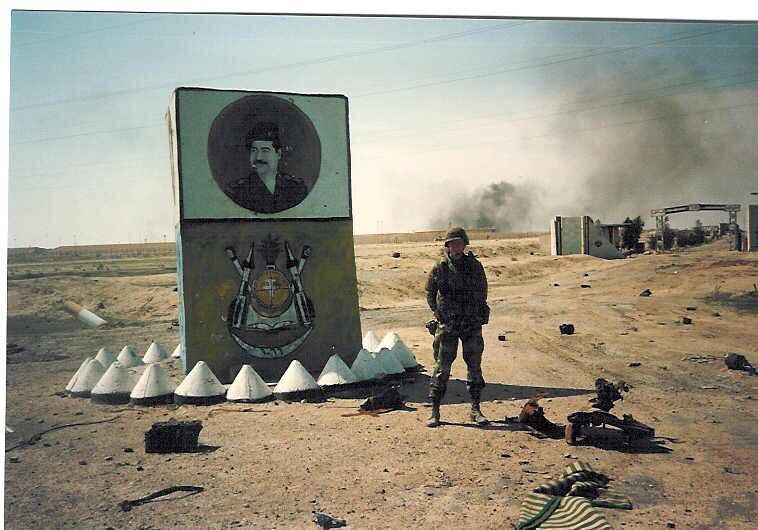 This Veterans Day the Mountain Times is exploring the lives of local veterans. We have reached out to five local vets from different walks of life, branches of the military and time periods to hear their stories and what their time in the service means to them.

Lucas joined the United States Marine Corps at 18. His motivation for joining the service was his family’s connection with the Marine Corps and a desire to work with heavy machinery in the construction field.

According to Lucas, one of his favorite experiences during his service was being able to travel outside the United States. During his time in the military Lucas spent time in Central America where he helped construct an airstrip for special forces units battling the cartels.

“My best experience was being able to leave the country. I spent some time down in Honduras on a special forces base building an air strip,” said Lucas. “I was just 19 then, so it was a pretty cool thing to get to do at just 19 years old.” Some of Lucas’s other experiences include building service roads for the U.S. Border Patrol.

Currently Lucas is pursuing a degree in construction management at Appalachian State University. Looking back at his service, he notes the camaraderie within the Marine Corps as one of the things he misses the most about his time in the military.

“You make relationships that will last you a lifetime,” said Lucas. “I miss my brothers, the relationships I had,”Lucas said. “It was the best part of my life. I am who I am because of the Marine Corps.”

Yount was 18 when he joined the U.S. Navy and recognizes his family’s military history as motivation for his enlistment.

“We’ll, I came from a long line of veterans, and I guess it was somewhat expected,” said Yount.

During his time in the military, Yount saw service at a number of different ports including Charlston, Norfolk, The Virgin Islands, Venezuela and Nova Scotia, an experience which he claims was eye opening for a young man from Newton.

“I learned really quickly, that my home town of Newton, which is just below Hickory, was not the center of the universe. In other words, it was a very broadening experience.”

Yount found success in the Navy and would eventually rise to the rank of Petty Officer Second Class, an honor which he accredits to hard work and perseverance.

“I had the distinction of being the youngest Second Class naval Petty Officer on the naval amphibious base in Norfolk Virginia,” said Yount.

Today, Yount, who continues to serve his community as a member of the Blowing Rock Town Council; looks back at his time in the military with pride.

“I had a good time in the Navy, I wouldn’t trade it for anything,” said Yount. “I’m very proud of my service and have nothing but respect for the U.S. military.”

At age 18, Gibbard, who grew up in a small town joined the U.S. Army out of a desire for travel.

“I was from a small town in northern Michigan. Your options were go work at a local steel mill or go see the word,” said Gibbard. “The recruiting posters were out, they said you get to travel, and I had never been out of my state.”

During his time in the Army, Gibabrd’s goal of travel was met multiple times during the course of his 23-year career, as he served his country at a variety of different posts around the world including Alaska, Korea, Hawai, Panama and Germany.

Looking back at his time in the military, however, Gibbard notes that it was the people he served alongside, not the destinations, that made for the most memorable facets of his service.

“My fondest and most memorable experiences were the people I got to know, Americans from all over the country. People from different walks of life, with different view, ideas. Just the diversity that exists within the force,” said Gibbard.

Two aspects of military life that Gibbard misses the most include the camaraderie between soldiers, as well as the respect that is often displayed from one serviceman to another.

“One of the parts I miss is the expectations of standards. You know, how you conduct yourself, how you carry yourself and how you treat other people,” said Gibbard. “It’s one of those things, a guy that climbs Mt. Everest can tell you all day about it. But unless you were there and really experienced it with him, then you don’t know what it’s like,” said Gibbard regarding the fellowship found between veterans. Today, Gibbard works as an academic advisor at Appalachian State.

Originally from Pittsfield, Mass., Gregory joined the military on the delayed entry program at 17. Once in the military, Gregory attended transportation school at Fort Eustis, Va. and eventually worked on amphibious vehicles such as the LACV-30 Hovercraft and LARC landing craft. According to Gregory, a desire to travel and interest in marine biology is what drew her to the military, where she found a passion for learning and found various opportunities to try her hand at different skills.

“I wanted to get out of my small hometown and I wanted to become an ichthyologist, so I thought that if I joined the Army and learned to drive boats then that would be one step toward that career,” said Gregory. “I’ve always had a passion to learn things, so if there was any down time I would be hanging out with people and learning about their job.”

For Gregory, two of her fondest memories of her service included the opportunities she had to learn new things and the friends she made along the way.

“I loved going to school. I think the best thing was that I made some friends that I still keep up with today,” Gregory said. “The best thing about being in the military is all the things that I learned. I can fix anything with a manual now.”

Today, Gregory holds a doctoral degree in Communication Studies from the University of Miami and uses her skills as an educator to work with other vets, facilitating cultural transitions for Appalachian State’s student veterans and is the founding chair of the school’s Military Affairs Committee.

“That’s one of the amazing things about veterans, I look around and I see how much veterans put back into their community,” said Gregory. “I’m really proud of what the Military Affairs Committee has done.”

Originally from Boone, Hodges had just turned 18 when he joined the Air Force and spent the bulk of his service stationed in Germany where he worked as a jet engine mechanic. During his time in the military Hodges seldom ventured back home, using his leave time to go sightseeing, a time he claims are some of his fondest memories of his service.

“From the day I joined and went to be examined to the day I got out I was only home one time, briefly,” said Hodges. “As soon as I got over there I bought myself an old 51 Volkswagon and when I would take leave and I would drive that car into different countries. I’d go to Amsterdam, Holland, Paris or Switzerland.”

Looking back at his service, Hodges views his time in the Air Force as a growing experience, which provided him a means to both serve his country and see the world.

“I think it was one of the greatest growing up experiences I’ve ever had,” said Hodges. “It was just a great experience, I’d never really been away from home before I went in and I made the best of it.”

Today, Hodges continues to work for his community by serving as the commander of Boone’s American Legion post. He, along with other members of Post 130’s honor guard provide funeral services for military vets in and around the High Country.