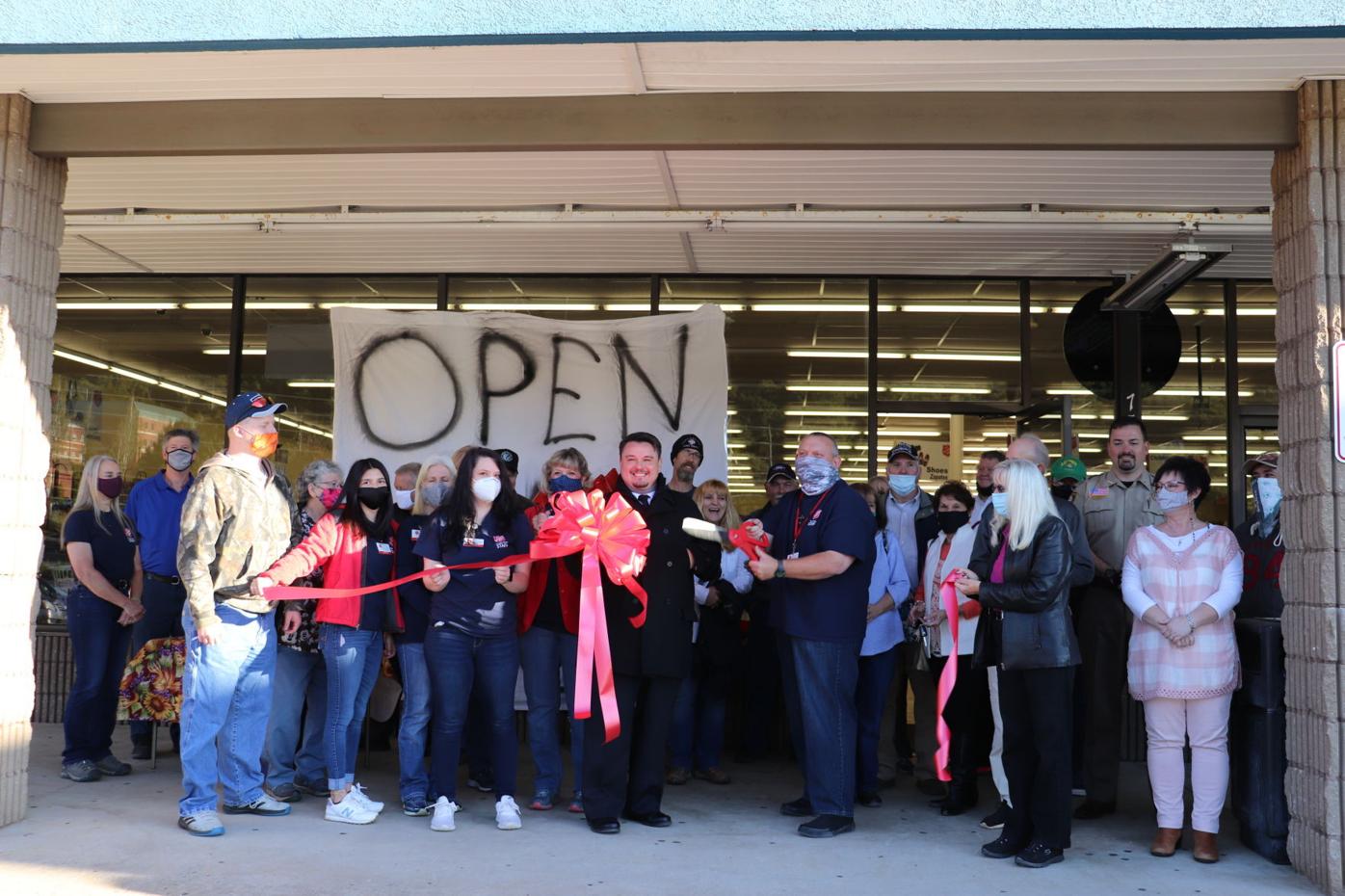 Employees and representatives of the Salvation Army, along with several communities members celebrate the store’s new location with a ribbon cutting on Oct. 2. 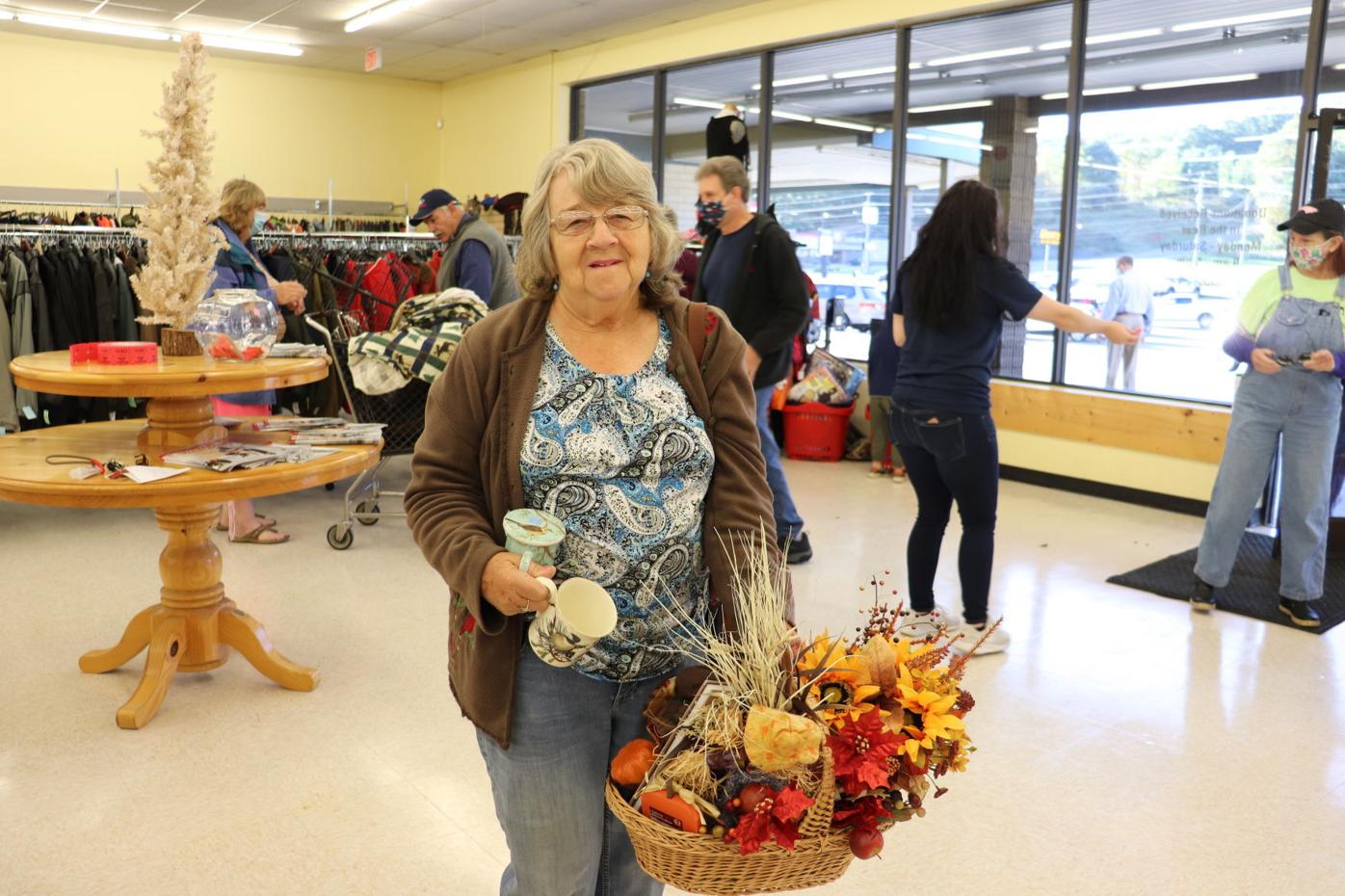 All in attendance were given a raffle ticket for several door prizes that were handed out to lucky shoppers. Pictured is the first door prize winner on Oct. 2, Susie Greer. 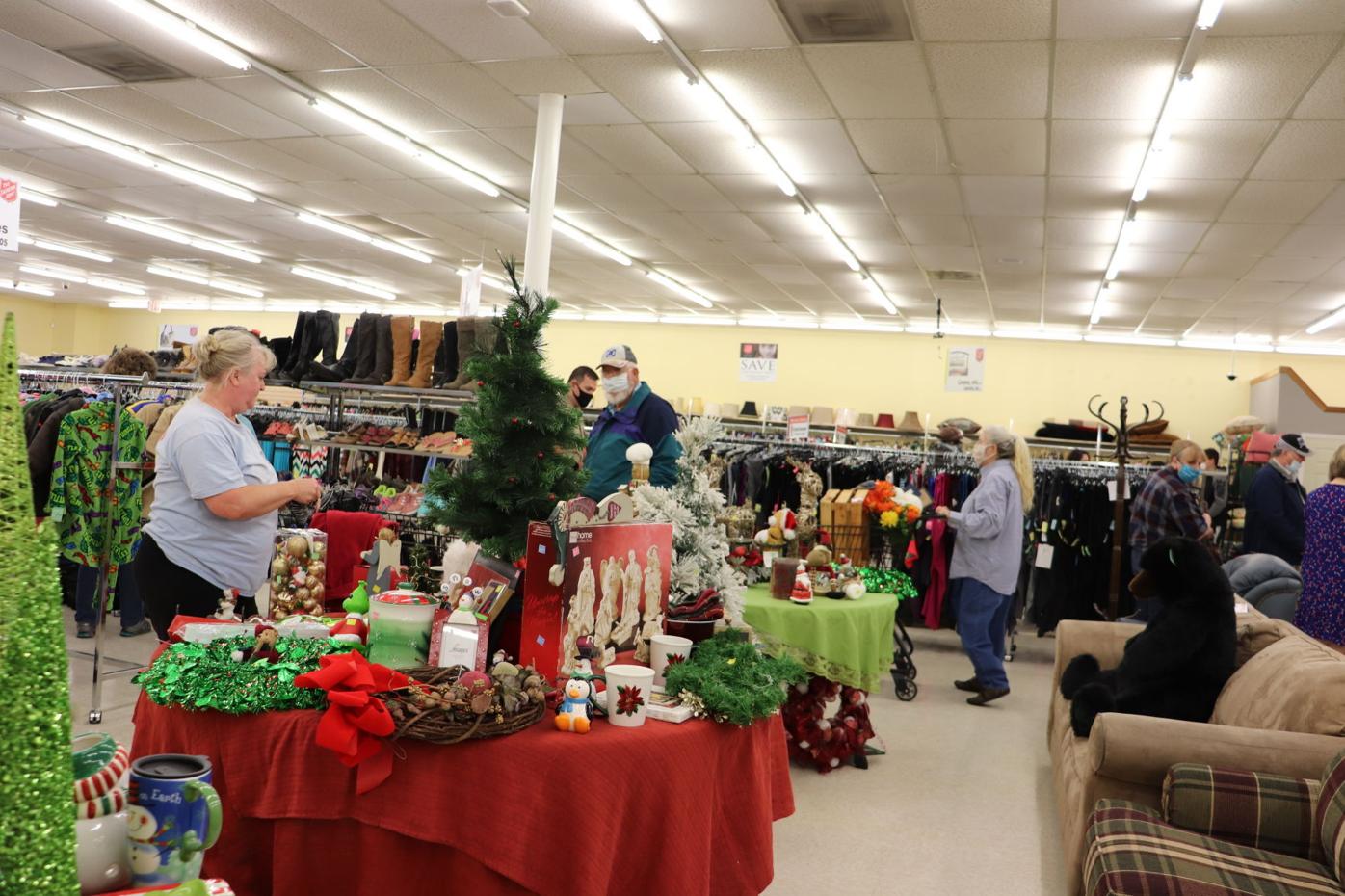 When the doors to the Salvation Army Family Store officially opened on Oct. 2, Ashe County residents were excited to begin shopping for an array of items.

Employees and representatives of the Salvation Army, along with several communities members celebrate the store’s new location with a ribbon cutting on Oct. 2.

All in attendance were given a raffle ticket for several door prizes that were handed out to lucky shoppers. Pictured is the first door prize winner on Oct. 2, Susie Greer.

When the doors to the Salvation Army Family Store officially opened on Oct. 2, Ashe County residents were excited to begin shopping for an array of items.

On the morning of Oct. 2, a special ribbon cutting ceremony was held before the store opened for business.

Prior to the cutting of the ribbon, plaques were distributed to individuals and businesses who donated materials or their time and effort to the store’s relocation.

Among those recognized was Parker Tie Company and Rick Woodie for their donation of all building materials for the partition wall and dressing room, including sheet rock, lumber, doors and nails.

Jasper and Chasity Morrison, along with Tommy Trivette, donated their time and labor for the building of the partition wall, dressing room and employee break room. They also helped with painting.

Joe Blevins of Joe’s TV and satellite service was recognized for donating his time and labor for the installation of the new stereo surround sound speakers throughout the store.

Johnny Worley of Worley’s Electric donated time, labor and all electric materials to install new outlets in the store.

Jonathan Waddell of Unlimited Heating and Air donated his and his employees time and labor with extra wiring and connections. The team also installed many items needed in the store and ensured the heating and air was working properly.

Also present at the ceremony was Major Matt Trayler, Corps Officer for The Salvation Army of Greater Hickory.

Trayler said the new location will generate more customers and involvement since it is easily visible and in a busier area of town.

According to Trayler, the organization of the clothes was a time-consuming process. All of the clothes are color-coded on the racks inside the store, which is helpful to customers as they are shopping.

Stacie Healy, who is the Service Center Director in Boone was also present.

According to Healy, the store will act as a liaison between her and those in Ashe County in need of assistance.

“Anyone in Ashe County that needs help will come here to get packets and then start communicating with me,” Healy said.

According to Healy, they plan to begin hiring for bell ringers during the Christmas season. The store will act as a liaison for this process as well.

Gary Creswell, who is the division director for North and South Carolina family stores called out the door prize winners.

All shoppers were presented with a raffle ticket upon entering the store and given the chance to win a door prize.

Ricky Lyall serves as the store manager and Ashlee Holman is the assistant manager.

Lyall started his work with the Salvation Army in December 2014. According to Lyall, they outgrew their previous location with the generous donations from the community. He began searching for a place and in July of 2019 they discovered the vacant space.

“God laid it on my heart that this was our new building here and a year later, here we are,” Lyall said.

All money brought in by the store stays in Ashe County and is used to pay for those experiencing financial hardships toward rent, clothing, food and shelter.

According to Lyall, if someone loses their home to a fire, the Salvation Army will provide the family with anything they need including clothing and furniture at no charge.

He said the turnout and support over the opening weekend was phenomenal.

“I just thank God for everything he has done for us here and how he has really multiplied everything for us,” Lyall said. “All the credit and glory goes to Him of course, it isn’t us, it is Him working through us.”