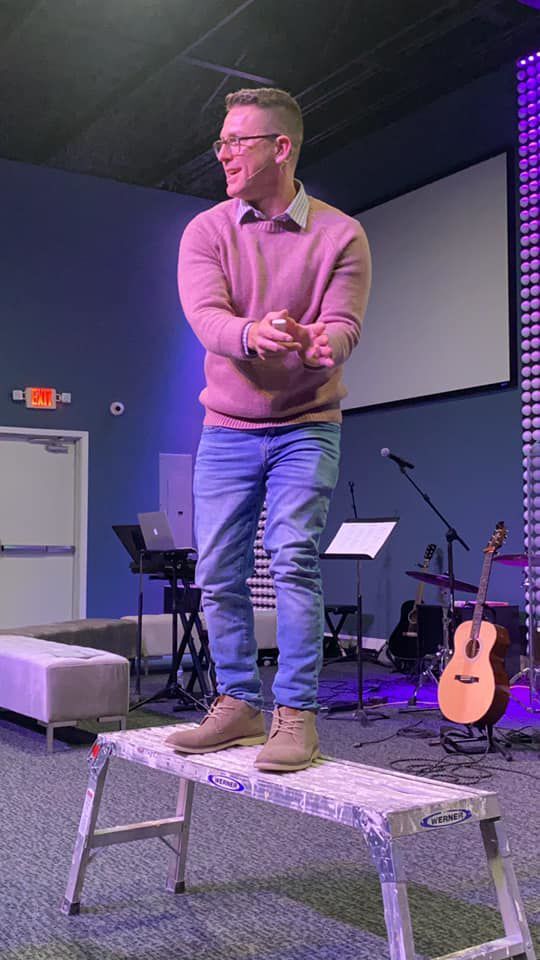 A group of participants from the Recovery Soldiers Ministries recovery program pose for a photo.

A group of participants from the Recovery Soldiers Ministries recovery program pose for a photo.

ELIZABETHTON, Tenn. — There is freedom from addiction. These are the words that Pastor Joshua Scalf lives by and has come to embody since he encountered God in a jail cell and devoted his life to curing addicts in the same way that he himself was saved.

The culmination of Scalf’s conversion to Christ is Recovery Soldiers Ministries, a faith-based recovery program that serves those seeking to free themselves from drug addiction. The ministry is located in Elizabethton, Tenn., but serves clients throughout the surrounding area, including individuals in Avery and Watauga counties.

“I myself suffered from addiction for about 15 years. I was actually a heavy IV user for about 13 of those years. I ended up going to prison for about four years, and that’s where I met Christ on the inside. He transformed my heart inside out and filled it with his overwhelming love. When I got out of prison, I wanted to share that love and show that there is freedom from addiction. There is hope from addiction,” Scalf said.

RSM opened its door four years ago, beginning by ministering to six to seven men at a time before expanding to a capacity of up to 45 (including interns). The ministry’s year-long residency and recovery program consistently houses between 30 to 35 men at a time. Over the years, the program’s facility has grown to include communal housing, its own sanctuary, a gym, kitchen, group spaces, study spaces and more amenities to accompany recovering men within a therapeutic setting while also instilling in them a strong sense of discipline.

In a similar vein to the Men’s Teen Challenge program, Scalf and his men travel to churches every Sunday to share stories of redemption and the struggles that many go through as they fight to overcome years of trauma and reclaim their lives. Every Thursday night, the ministry hosts its own worship service at its sanctuary in the Redemption House, which Scalf describes as “explosive.” These meetings not only serve to share intimate moments of triumph and struggle but also offer outreach to those who are in need of a way out.

The ministry’s outreach efforts also include direct contact with the legal system. RSM provides alternative sentencing to offenders and is on the Tennessee Department of Transitional Housing list. Probation officers will even refer offenders to the program if they continue to fail drug tests. However, RSM is not like many drug rehab centers.

“We are a year-long program. They are under 24-hour accountability. We are not a halfway house. They do not come and go as they please,” Scalf said.

RSM also offers internship programs to those who graduate, as well as job opportunities for individuals progressing through the program. Community partners such as Willie’s Auction House, Pooner’s Recycling and other local employees offer opportunities for recovering men to work, all with the purpose of introducing them back into, or for the first time, the healthy patterns of life.

“Things that are normal to you are foreign to a drug addict,” Scalf said. “It takes a long time to rewire and restructure your function in society, like writing a grocery store list, paying your bills, writing checks. They’re used to having their addiction influence their decisions. (We’re working) to change their mind into living and acting in the person of Christ. It’s a long process.”

The process plays out many ways, yet common patterns tend to appear. Scalf says that it takes about six months for an addict to come off of whatever drug they may be on. Then the real challenge of battling one’s own emotions begins, since the option of silencing them with Xanax, Klonopin or cocaine is no longer available.

“With an addict, we’re master deceivers. A person can fake the funk for 90 days. We’re chameleons. I can turn whatever color you want me to for 90 days, but it’s a little harder for a year. That brings out the genuine of whether you want to change or not,” Scalf said.

And that personal desire to change within the addict is the essence of what Scalf and his staff are truly aiming at. Without it, many of the incidents of men walking out of the program tend to occur. About 400 men have entered into the program through its four-year span. However, the majority of those men leave within the hour or the first few days, without realizing what they are walking away from.

“Their whole life’s transformation is waiting right there for them, but they don’t know it. Some leave before they can see it. A lot are here because of court, probation or mama,” Scalf said. “The first time that my guys come in there at 5:30 in the morning, wake them up and say it’s prayer time, some then say, ‘I’m out.’ It gets real then.”

According to Scalf, those who graduate the program has a success rate of more than 80 percent. Scalf notes that if an individual tends to stay for more than three months, they tend to progress until the end. All throughout the process, Scalf and staff emphasize the importance of application. While graduates will receive a RSM certification at the end of the program, Scalf realizes that they cannot show that to an officer who pulls them over or to the electric company demanding payment. So the men work to attain their driver’s license and learn to provide for themselves. Scalf says the same principles hold true in the Christian life.

“You can read the Bible until you’re blue in the face, but if there is no application, then it’s in vain,” Scalf said.

While RSM and many other similar recovery programs use what is known in behavioral psychology as the behavior model, Scalf recognizes that God provided the ultimate model of behavior through the life of Christ.

“If you model the person of Christ, then you will reap the life of Jesus, a relationship fueled by love. These guys were getting that love and were drawn to that love through addiction. It was the high that the drugs gave them, or it was the crowd that gave them that inner worth. Not knowing Christ or not having a true relationship of love held them in that darkness and loneliness,” Scalf said. “God desires that companionship with us. That’s why he created man to have that relationship with us. Addiction severs that within families. I believe that restoration of God’s love is what Christmas is all about, and this ministry helps restore that relationship.”

For more information on Recovery Soldiers Ministries, click to recoverysoldiersministries.org or visit their page on social media. Pastor Joshua Scalf and his staff can be reached by calling (423) 525-2535.