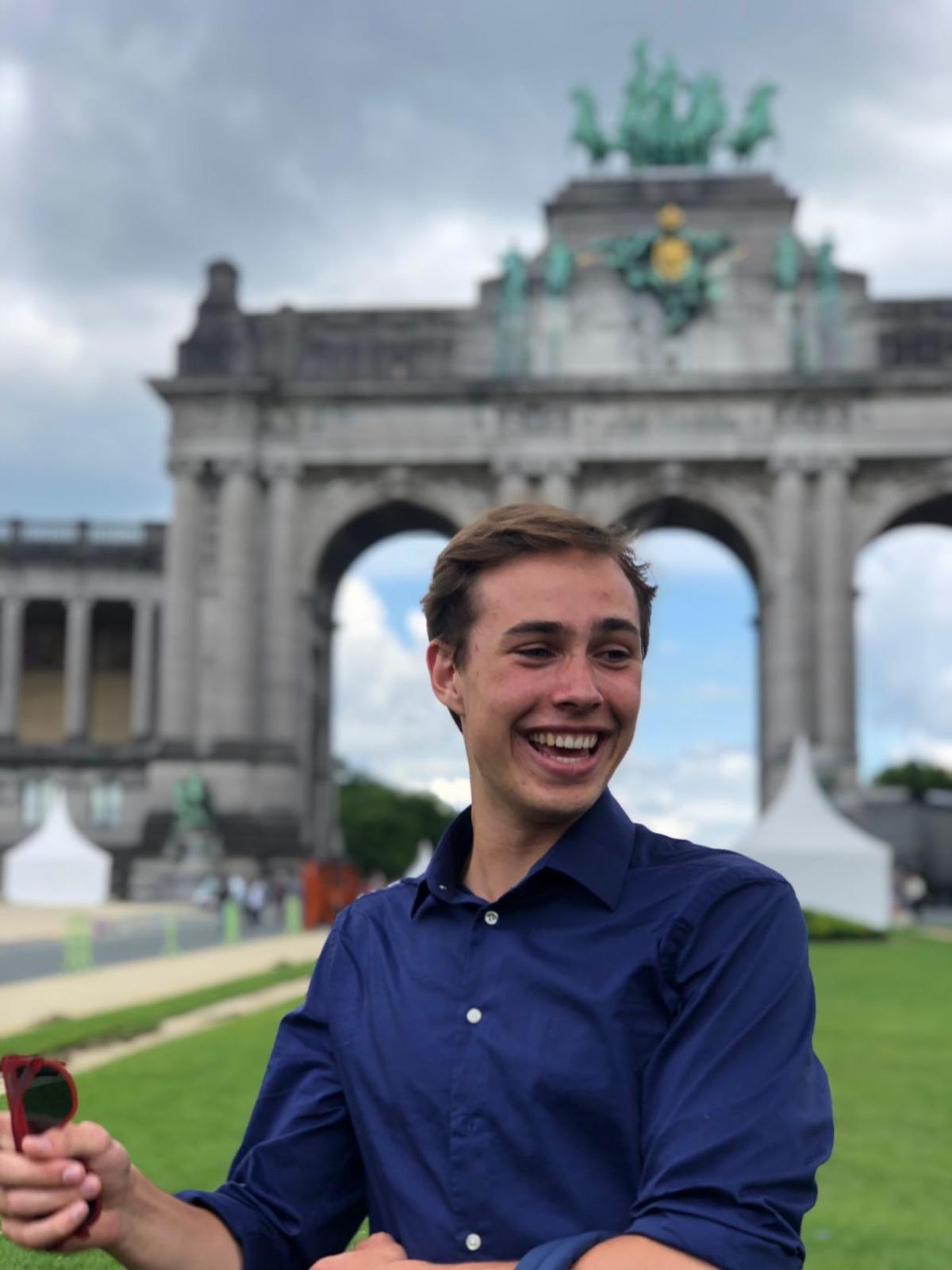 Watauga High School student Galen Miller, 17, is passionate about getting young people interested in foreign policy. As the result of a study abroad trip, Miller and 13 other high school students from across the U.S. jumpstarted FPYC to open discussion regarding foreign policy issues of note among their peers. 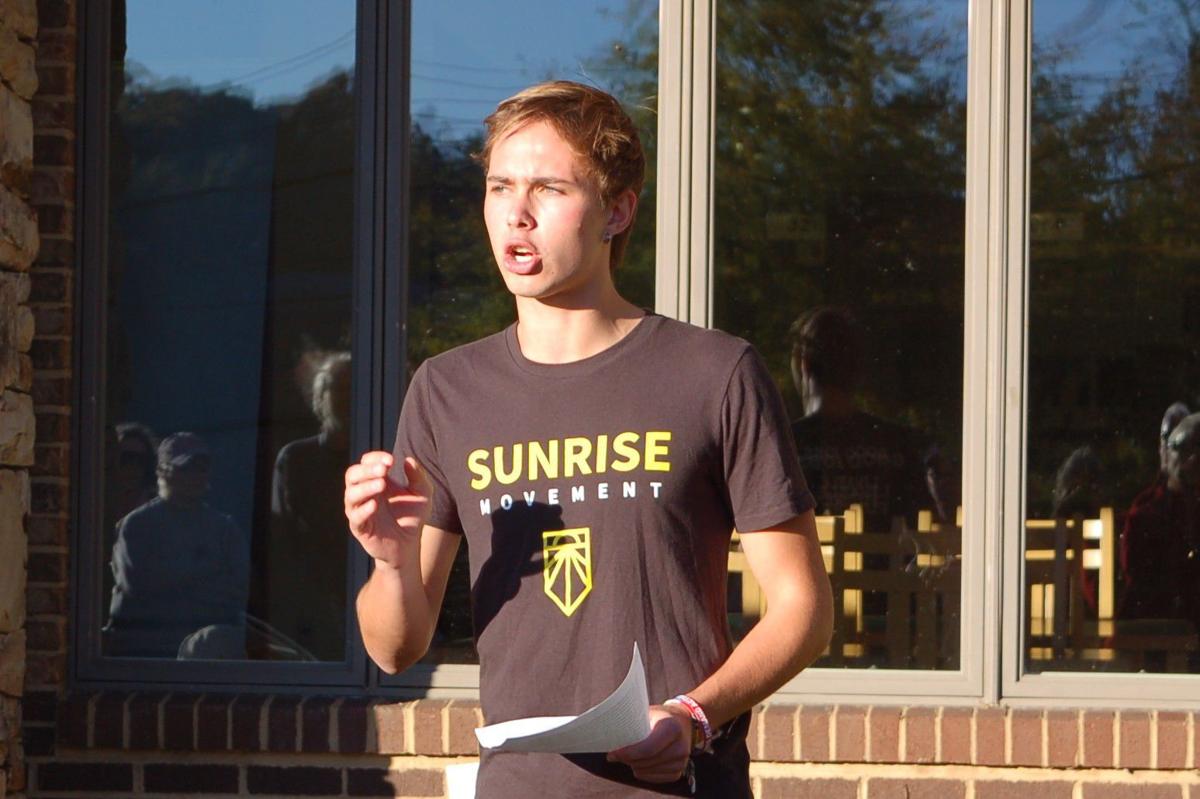 Miller is also the co-founder of Boone’s Sunrise Movement hub, which advocates for an end to climate change and creates jobs in the process. 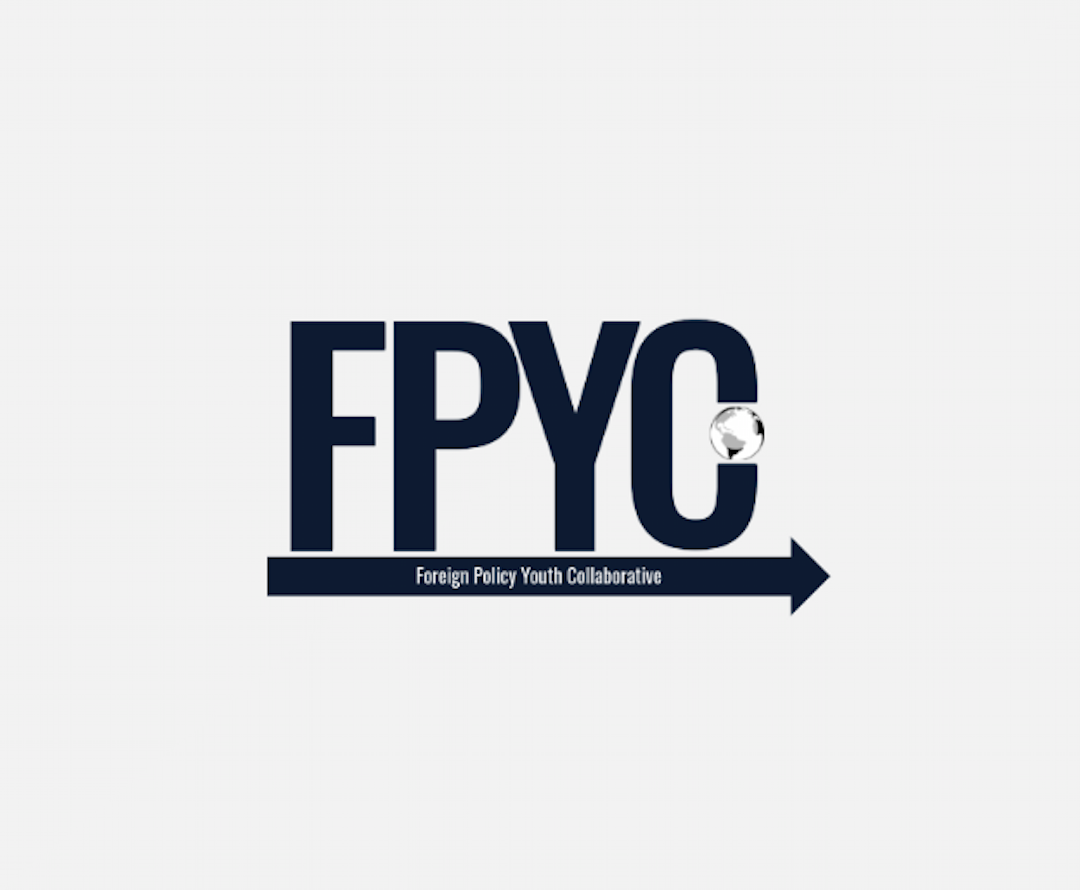 Watauga High School student Galen Miller, 17, is passionate about getting young people interested in foreign policy. As the result of a study abroad trip, Miller and 13 other high school students from across the U.S. jumpstarted FPYC to open discussion regarding foreign policy issues of note among their peers.

Miller is also the co-founder of Boone’s Sunrise Movement hub, which advocates for an end to climate change and creates jobs in the process.

A life-changing study abroad trip to Brussels, Belgium, has propelled 14 teenagers to make a difference in political discourse among their peers by creating a nonprofit, the Foreign Policy Youth Collaborative. These 14 students are from all over the U.S., from Virginia Beach to the San Francisco Bay area, including one from Boone.

Galen Miller, 17, a senior at Watauga High School, is one of the founding members of this advocacy group and outreach manager. Miller’s past experiences of living in Africa, traveling around the world and serving as president and head delegate for the school’s Model United Nations, have lent to his passion for foreign policy.

“It’s something young people need to think about because the policies that are put in place today, are the ones that we’re going to see the consequences of,” said Miller.

After the initial idea, the group decided to make this project long-running instead of solely focussing on issues regarding the upcoming 2020 presidential election.

In July, the project’s name was changed to its current one and, thanks to local connections in the founders’ respective communities, FPYC started to gain momentum. Its website launched on Sept. 18, complete with a discussion forum for anyone to submit to.

“People can pick one of the five topics that we have right now, but you can go on and write a 100-250 words submission,” said Miller. The current topics of discussion include climate change, economic globalization, human rights violations, the war on terror, and immigration and refugees, but Miller says that they’re hoping to be able to add more.

FPYC has been in contact with many like-minded groups that already have established outreach programs to bring in more members. There are also foundations in Philadelphia that are working to help FPYC officially file as a 501 (c-A) nonprofit.

“We didn’t realize how much money you need to found a nonprofit,” Miller said. “It’s actually very expensive, and we’re moving in the direction of being a fiscal nonprofit now as we’re learning the ropes and getting closer to the launch party.”

Miller said that the filing for nonprofit status is on track to be completed before the official launch party on Nov. 23 in Philadelphia, which is where the fiscal nonprofit that FPYC can file under is.

“We want to get young people involved in foreign policy, understanding foreign policy and kind of ready to have conversations about foreign policy,” said Miller, excited about the next step that the company gets to take in becoming its own nonprofit organization. “In the long run, we’d like more mobility to be able to host larger-scale physical events to get conversation going.”

As for college, Miller said that his passion for foreign policy is something that he’ll carry with him into a career. He plans on studying international relations and global security in college.

“Stanford’s the goal,” said Miller. “It might be a big reach, but if I don’t apply, I’ll never know.”

To learn more about FPYC or to submit to its discussion forums, visit www.fpyouthcollab.org.